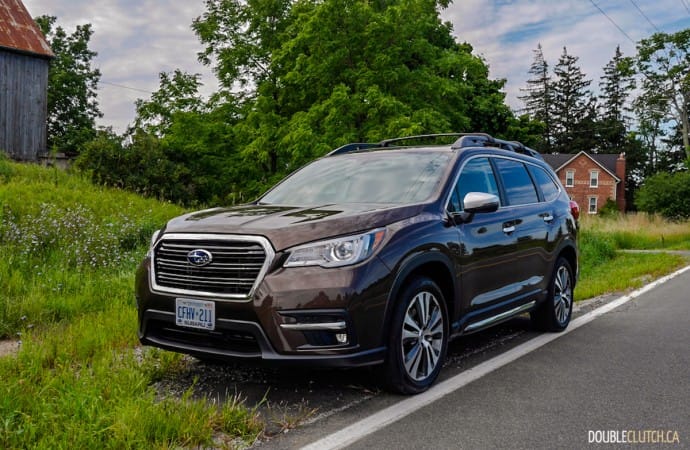 Subaru now has a complete model lineup that puts it on a level playing field versus other manufacturers.

Subaru has been producing some of the top sellers in the SUV and crossover market for quite some time. The Outback, Forester, Crosstrek were all considered perennial bestsellers in Canada. One thing these models have in common is that they all have Subaru’s symmetrical all-wheel drive, providing superior traction in winter driving conditions. Another commonality they share is that they are all limited to five passengers only. 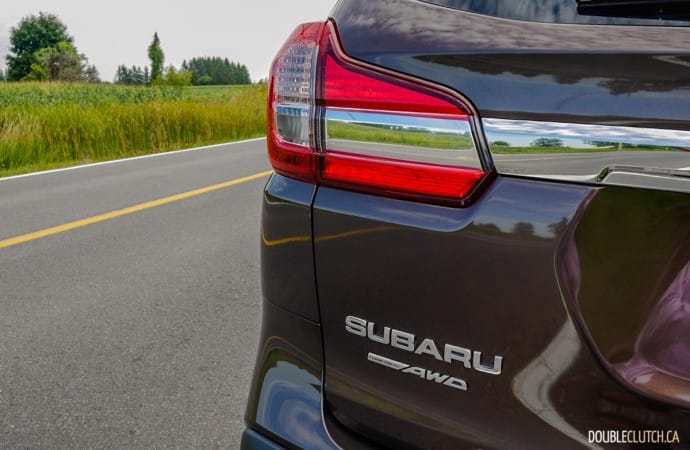 Until this year, Subaru Canada has not offered any three-row seven-seat SUV since the Tribeca was discontinued in 2014, and to fill out this glaring void, they’ve launched the Ascent model. It is Subaru’s attempt to take some of the market share from established market leaders such as Honda Pilot (reviewed here), Toyota Highlander, and newcomers such as the Volkswagen Atlas (reviewed here). To find out whether Subaru has another potential top seller in their pocket, we spent a week with the 2019 Subaru Ascent Premier to put it through its paces.

The Ascent Premier sits atop the model lineup. You can distinguish the Premier model from the rest by its chrome door handles, satin chrome side mirrors, and high gloss black grille. The Ascent shares a similar no-frills boxy design as most of its siblings such as the Forester, and the look is instantly recognizable as a Subaru even if he or she does not recognize its Six Star logo. Its understated utilitarian design continues with plastic cladding around the lower edges, and a set of black roof rack and crossbars, signifying its affinity to the outdoor life. With LED headlights and a set of high-gloss split-spoke 20″ wheels, the Ascent is a pleasing vehicle to look at. Our test car was painted in a unique Cinnamon Brown Pearl colour, adding a touch of class to a segment dominated by black or white. 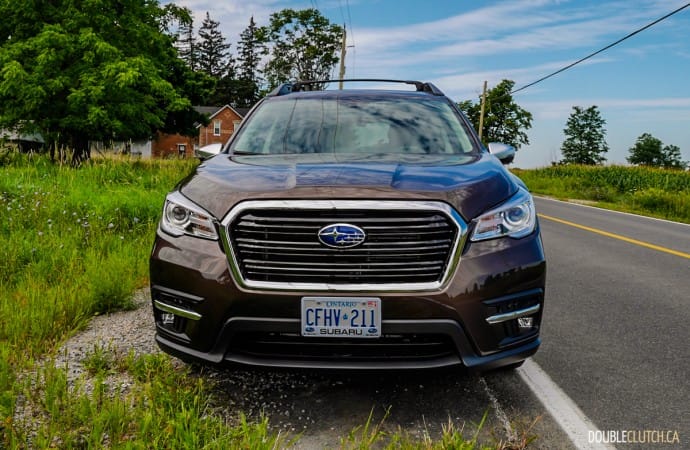 Built on the new Subaru Global Platform (SGP), all Subaru Ascent models are equipped with a horizontally opposed 2.4L direct injected and turbocharged four-cylinder boxer engine. It’s capable of producing 260 horsepower at 5,600RPM, and 277 pound-feet of torque at 2,000 to 4,800RPM. Power is delivered to the Subaru Symmetrical AWD system through a High-Torque Lineartronic® Continuously Variable Transmission (CVT).

Subaru’s engineers did a great job at delivering most of its power at the low end, allowing the Ascent to feel very capable of picking up speed in stop-and-go city traffic. The engine does run out of breath at higher rev ranges, but that is not a deal breaker for most buyers. For those who would like to take the Ascent off-road, it is equipped with X-Mode, which incorporates its Hill Descent Control and hill-hold systems to control engine output, transmission, AWD torque split and brakes to help drivers navigate roads less travelled. 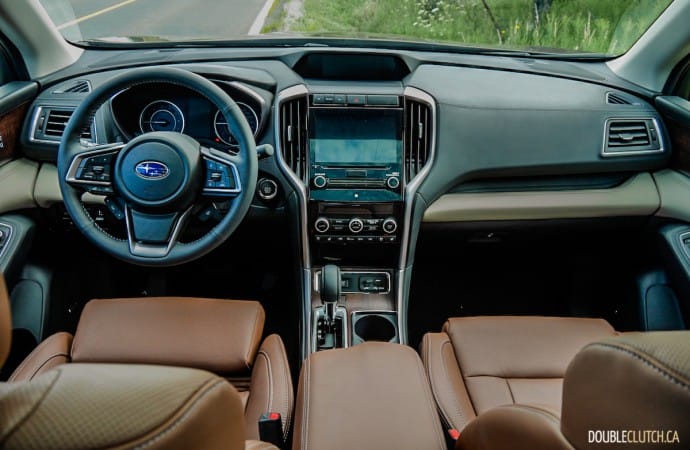 One of the reasons people love Subaru is that they are generally good handling cars, and this is no exception on their largest model. The Ascent is a big car, measuring almost 5 meters in length (4,998 millimeters) and over 1.8 meters in height, but its engineers have done a marvelous job in making the Ascent drive like the smaller Forester and Outback. Although I would not consider it laser-sharp, the steering felt precise enough with excellent feel of the road, putting it above-average when compared to most of its competitors. Parking and U-turns are made easy with the aid of front and rear cameras.

Subaru rates the Ascent’s fuel economy at 11.6L/100km for city driving and 9.0L/100km on the highway. I observed a slightly higher 13.1L/100km in my week of city commute. I would consider its fuel economy average for its class, not unacceptable considering its 4,588 pounds (2,081 kilograms) curb weight. For those who wish to tow with the Subaru Ascent, it can tow up to 5,004 pounds (2,270 kilograms) with trailer brakes. Despite being a turbocharged engine, it only requires regular grade fuel to fill up its 73-litre fuel tank. 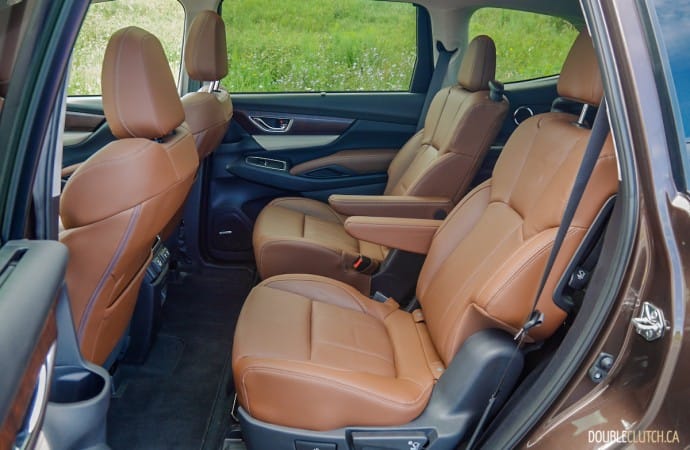 The Ascent’s interior follows the exterior’s no-frills practical design. The Premier model comes with leather wrapped interior parts including steering wheel, gear selector, and seats. The front row comes with a powered seats (both heated and ventilated), and the second row consists of a pair of individual heated captain’s chairs. Comfort in the first two rows is excellent with a bright and airy feeling out of the large windows and panoramic sunroof. The third row is equipped with a 60/40-split, flat folding bench that would otherwise be considered comfortable if it weren’t for the lack of legroom, a typical shortfall for three-row SUVs. Cargo capacity is rated at 1,331L with the third row seat folded, and 498L with the seat in place.

The Ascent Premier comes with an eight-inch touchscreen infotainment system with Apple CarPlay and Android Auto functionality. Operation of the infotainment system is easy and intuitive, with the help of physical shortcut keys below the screen. It also has a smaller screen on top of the dash that displays useful information such as fuel economy, front-view camera, X-mode information, and more. The Ascent Premier comes with a Harman Kardon sound system, and sound quality is considered above-average amongst its peers through the use of 14-speakers and a 792W amplifier. 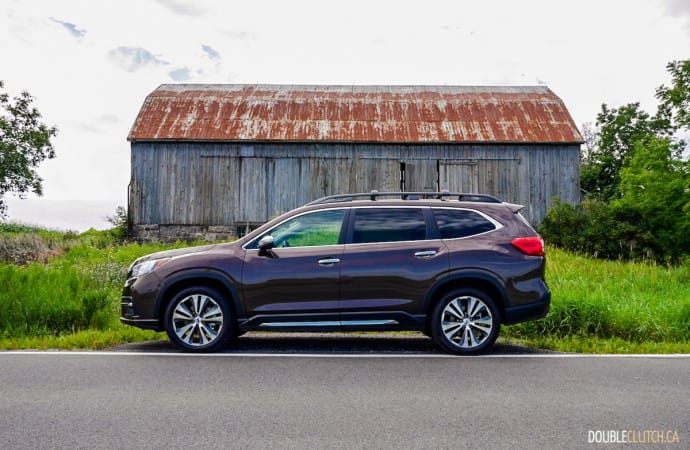 Subaru is one of the pioneers when it comes to developing preventive safety measures with its EyeSight system. All Ascent models come standard with the latest version of this system, which includes pre-collision braking, pre-collision throttle management, adaptive cruise control, lane departure warning, lane sway warning, lane keep assist, and lead vehicle start alert. During my week of testing, the Ascent’s system did a great job keeping me informed of my surroundings without feeling intrusive. It remains one of the better systems in the industry, but I would note that other manufacturers are catching up quickly.

The Ascent starts at a reasonable $35,995, with the Premier trim at a competitive $49,995. There are no options available to keep things simple when it comes time to signing. While the starting price is comparable, the Ascent Premier offers its fully loaded suite of luxury and safety features at a price that is cheaper than some of its competitors such as the Honda Pilot Touring ($52,490), Toyota Highlander Limited ($50,945), and Volkswagen Atlas Execline ($53,440). 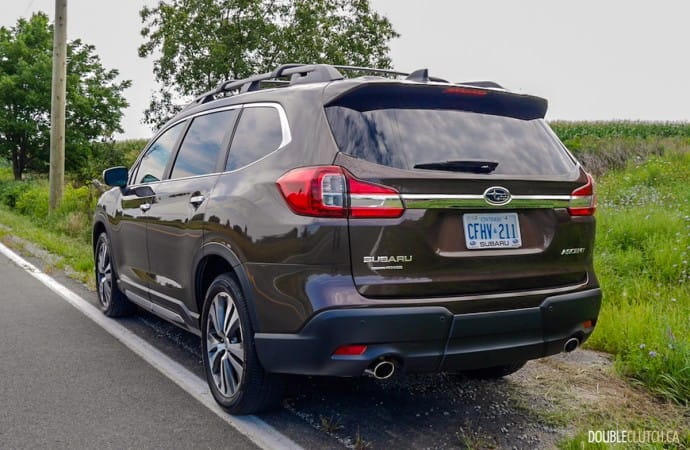 With the 2019 Subaru Ascent Premier, Subaru now has a complete model lineup that puts it on a level playing field versus other manufacturers for a piece of the pie in the SUV and crossover segment. Shoppers are taking notice as well with many neighbours and friends asking me for my opinions as soon as they hear that I am testing the brand new Subaru. The Ascent is a solid offering by Subaru and we figure it will be another top seller in the SUV and crossover market. 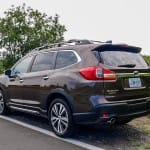 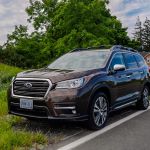 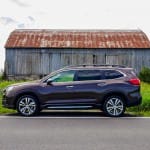 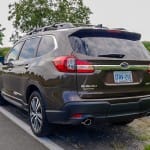 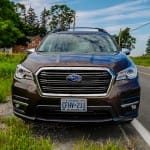 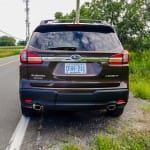 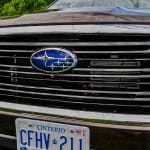 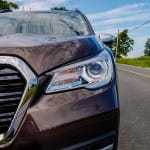 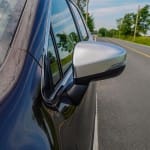 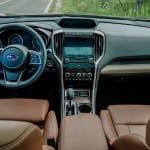 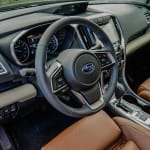 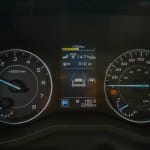 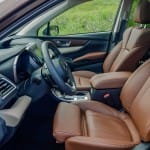 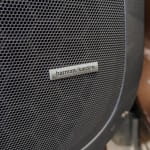 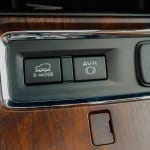 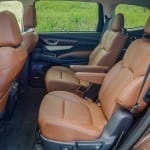 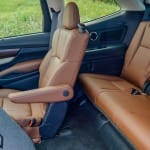 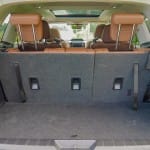 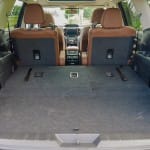