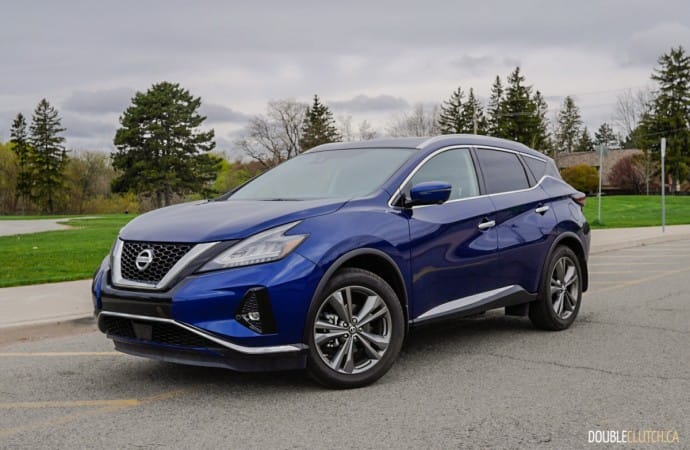 Best suited for a relaxing highway cruise rather than on tight winding roads.

The Nissan Murano debuted in 2003, and was regarded as one of the trailblazers in the sporty crossover category. It had put North America on notice with its ability to deliver a sporty driving dynamic in a body style that is practical and winter-friendly. Even though the second generation did not set the world on fire when it was released, it also generated a buzz in the industry when Nissan unveiled the world’s first all-wheel drive crossover convertible with the Nissan Murano CrossCabriolet. 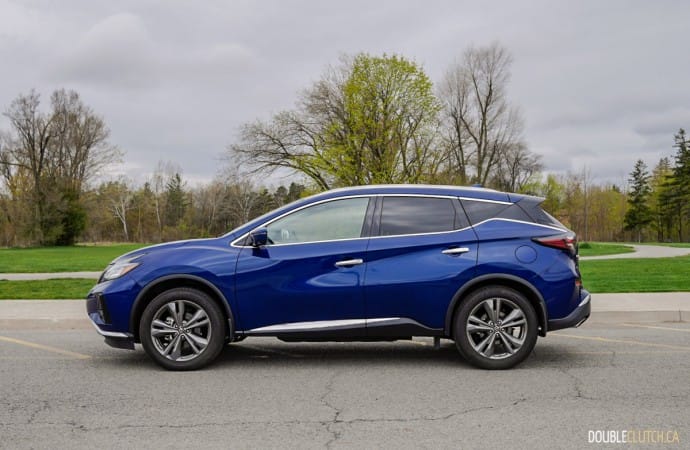 When the third generation came about in 2015, Nissan decided to go with the mainstream and created a car that lost most of its edginess but became a staple in the Nissan lineup. The Nissan Murano was Nissan Canada’s second-best seller in 2017 behind the Rogue and trails only the Rogue and the Qashqai on the 2018 sales chart. To keep the Murano fresh and interesting to buyers, Nissan gave the 2019 models a facelift. We were given the keys to a 2019 Nissan Murano Platinum for a week to perform a thorough evaluation.

The 2019 Murano Platinum here sports a brand new Deep Blue Pearl paint job, along with chrome exterior trim pieces that make the body appear more chiseled and less bulbous. The 2019 updates are subtle, with updates to its LED lights all around, new LED fog lights, and a more pronounced front V-motion grille. The Murano has kept the unique floating roof design, and with the newly designed 20” aluminum alloy wheels, it continues to look modern and stands out with fluid curves in a sea of boxy crossovers. 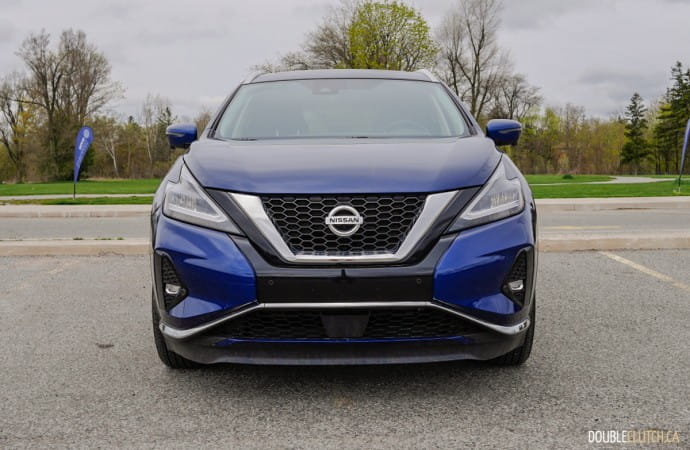 The 3.5L V6 engine remains unchanged from the previous model year, which is good news as there is no need for change. The ubiquitous and award-winning Nissan VQ35 engine is buttery smooth as always, and the linear power delivery from a naturally aspirated V6 engine is always something that is appreciated. The Murano is rated at 260 horsepower at 6,000RPM, and torque is 240 lb-ft. at 4,400RPM. This is slightly less powerful than some of the other 3.5L V6s in its class, such as the Toyota Highlander and the Honda Passport.

Power is mated to Nissan’s Xtronic continuously variable transmission (CVT), which is a bit of a letdown to its wonderful engine. Although it is improved, there is still a slight but noticeable lag when getting the Murano going from a standstill, and the infamous CVT drone is observed under hard acceleration. Overall the Murano is adequate for getting around town, and the gearbox will remind you of its leisurely personality in the event that you start pushing it. In all trim levels except for the base S trim (front-drive only), power is delivered to all four wheels through Nissan’s all-wheel-drive system. 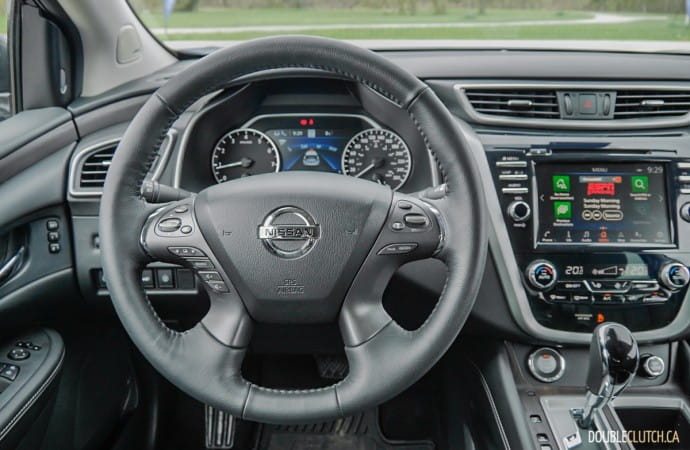 In keeping with its personality, the Murano is best suited for a relaxing highway cruise rather than on tight winding roads. The power-assisted rack-and-pinion steering is responsive with good weight, although there is more play than we would like to see. There are no customizable drive modes with the Murano, which could be a welcomed omission for those who like to keep things simple.

Fuel economy of the Murano Platinum is rated at 11.7L/100km city, 8.5L/100km highway, and 10.3L/100km combined. These figures are slightly better than the Honda Passport and Toyota Highlander, and we observed 10.8L/100km over our week of combined commuting. Only regular fuel is required in the Murano, a real bonus for those who are cross-shopping against entry-level luxury SUVs in its price range, and it has a fuel tank capacity of 72 litres. 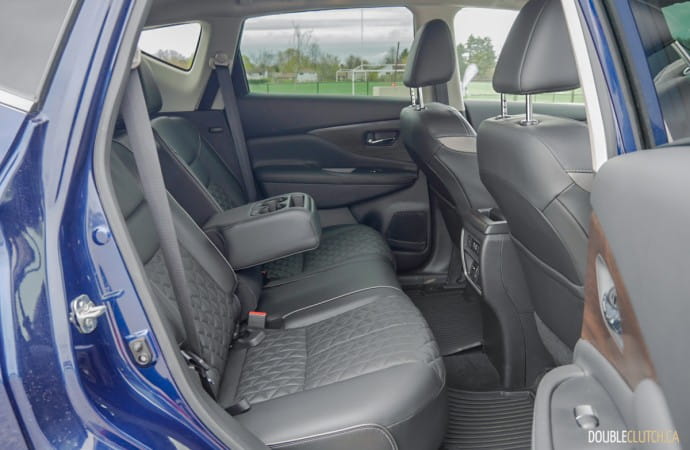 Given its size and the lack of third-row seating, one would expect the Murano to be roomy inside and they would be partially correct. The Murano is quite spacious in the front, the Platinum-exclusive semi-aniline leather seats with quilted inserts seats are comfortable for long trips.. The front seats are power adjustable, heated and cooled, and the rear bench is heated. There is good headroom in the rear despite the swooping roofline, however legroom is compromised and the seatbacks are too flat to be comfortable for longer trips.

Interior remains unchanged from 2018, and the Murano Platinum makes use of various wood, brushed silver, and piano black trim to create an upscale looking cabin. While we did enjoy the look and feel of the wood trims, unfortunately the rest of the interior fell short of expectations. The shiny black centre console looks plasticky, and the rest of the interior panels also failed to live up to aspirations. The Murano does not look cheap by any measure, but its interior design is in dire need for an update if it wants to compete with newer models in this hotly competitive segment. 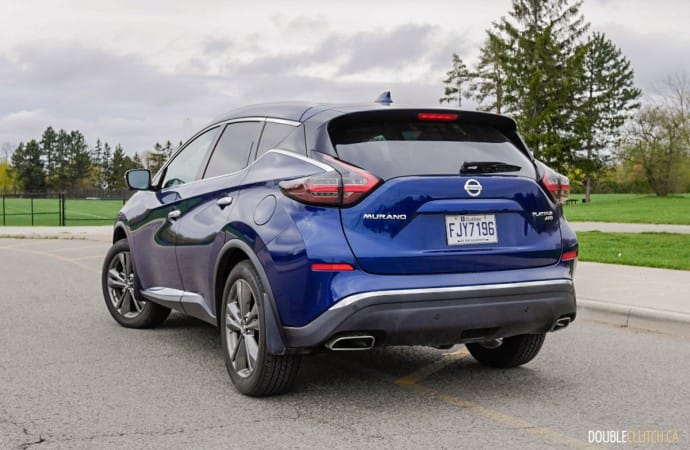 Infotainment is provided using the NissanConnect system, delivered using the eight-inch touchscreen on the centre console. While the infotainment itself is easy to use, the screen size is smaller than most of its competitors and the resolution could be better. Apple CarPlay and Android Auto connectivity is supported, and its onboard GPS navigation system is updated with connected POI search and premium traffic functions for 2019. 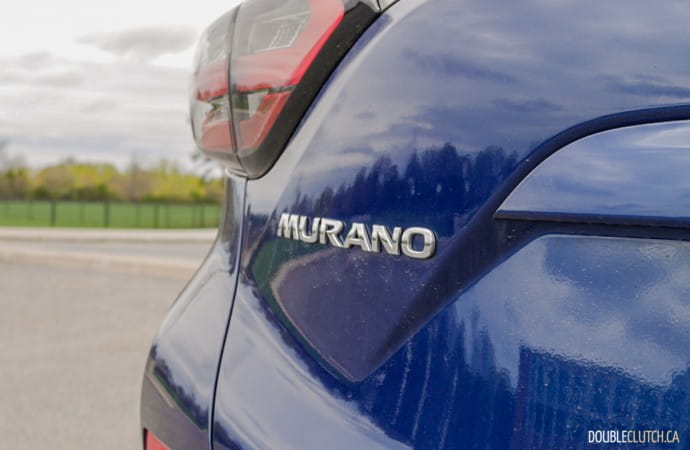 The 2019 Nissan Murano S starts at $32,448, and our as-tested Murano Platinum comes in at $46,198. Looking across its segment, it would compete against other midsize SUVs such as the Ford Edge ST and Honda Passport Touring. The Edge offers much more performance with its 2.7L twin-turbo engine, and the Toyota Highlander has the capacity to haul up to seven. The Passport is the most off-road capable of this group but it is also priced higher. The Murano is well suited for those who prefer a plush ride over sheer performance.

The 2019 Nissan Murano Platinum is showing its age, but has become a value pick in this midsize SUV segment. It may no longer be the trailblazer of the crossover world, but its long list of standard equipment and beautiful styling should allow it to continue being a volume seller in the Canadian market. 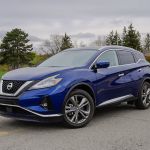 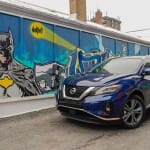 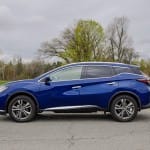 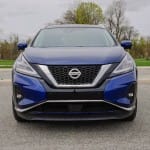 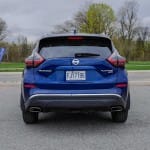 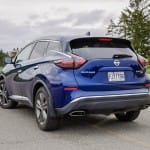 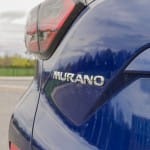 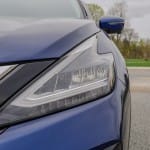 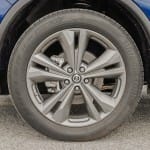 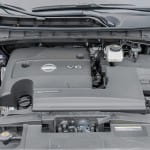 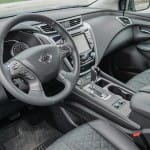 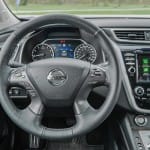 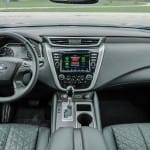 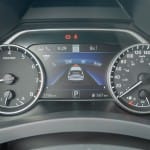 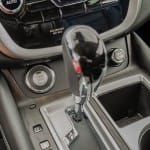 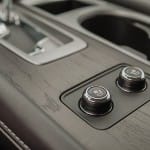 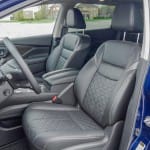 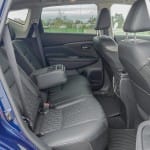 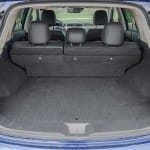 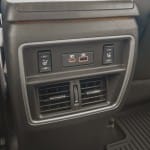