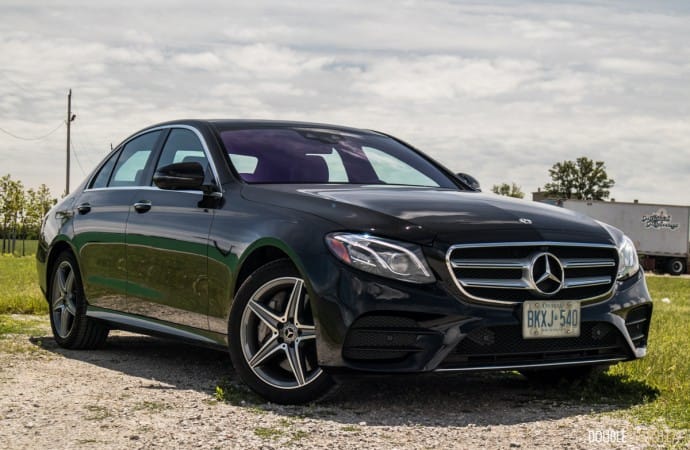 The current Mercedes-Benz E-Class has been on the market for three model years now, and it still sits on the podium as one of the best midsize luxury sedans around. It surpassed virtually everything when it was first launched for 2017, and even with the BMW 5-series (reviewed here) and Audi A6 seeing significant revamps since then, the E-Class still delivers on its winning formula. The ferocious E 63 has also spawned a “baby-AMG” model, the E 53 (reviewed here), which really is the sweet spot in the E-Class lineup. 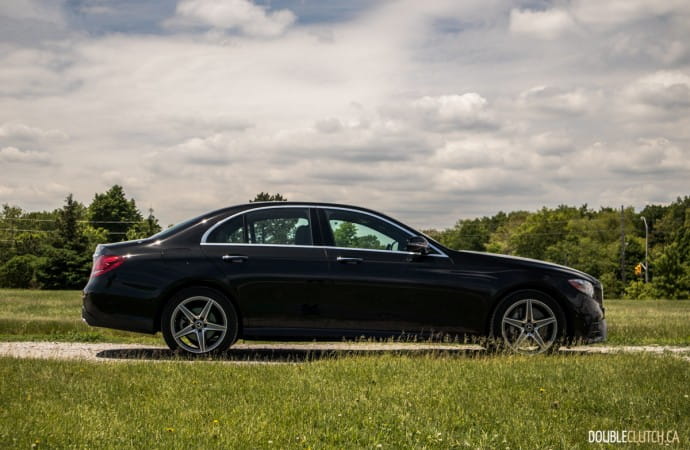 We got behind the wheel of a 2019 Mercedes-Benz E 300 4MATIC, painted in a traditional Obsidian Black, to evaluate its capabilities as a luxurious commuter that’s still selling exceptionally well. For context, my parents have a previous-generation E-Class with the buttery smooth six-cylinder, and despite its reputation for questionable reliability, it’s been virtually bulletproof and is still excellent to drive.

The current E 300 gets a 2.0L turbocharged inline four-cylinder engine, which is also seen in Mercedes-Benz’s other applications. It has been announced that for 2020, the 2.0T will be getting a power bump from its 241 horsepower (at 5,500RPM) to 255, while the 237 lb-ft. of torque at 1,300RPM will remain the same. Annoyingly, E 300 buyers will see their vehicles into obsolescence, as this power bump will also come with a re-name to “E 350”. 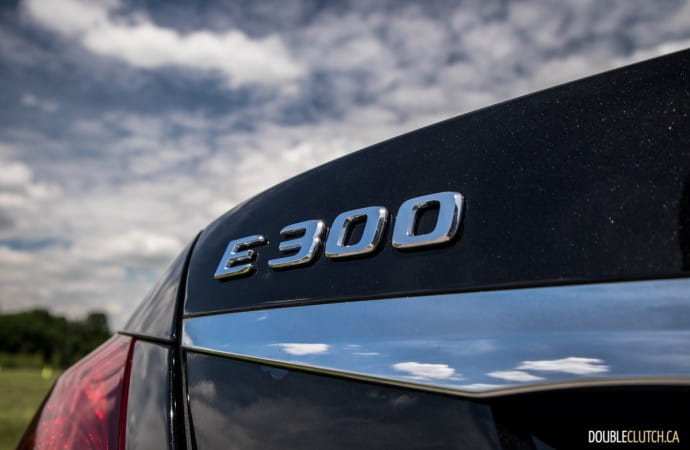 Regardless, the E 300 on its own is a spectacular machine, with this 2.0L being one of the best turbo-fours in the business. When it first launched, it was met with some criticism that a luxury sedan in this segment should have six cylinders at minimum, but this unit and subsequent sales have proven that buyers don’t really care, as long as it responds well and sounds decent. The E 300’s four has gotten some fine-tuning as well as some synthetic sounds to sound like more substantial, and this seems to work well.

It puts power to the ground via a nine-speed automatic transmission and Mercedes-Benz’s 4MATIC all-wheel-drive system (standard for Canadian E-Class models), and this is all done seamlessly. The E 300 delivers power effortlessly and darts to highway speeds quickly, sounding good while doing it. Mercedes estimates a sprint to 100km/h in 6.5 seconds. There is some low-end turbo lag, but it still feels noticeably quicker than the previous E 300’s de-tuned V6. The nine-speed works well most of the time, but we observed some confusion and jittery shifts in stop-and-go traffic. 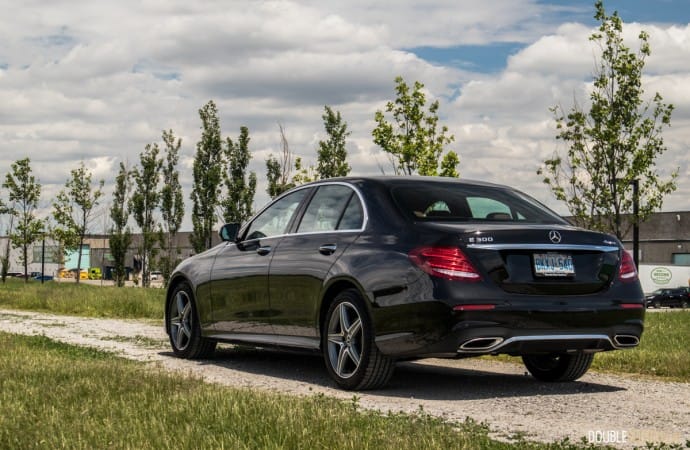 The E 300 on test was not equipped with Mercedes-Benz’s air suspension system, and frankly, if you’re planning to keep your E-Class outside of its factory warranty period, this is probably the way to go. Ride quality is just fine, and our spring test took place in prime pothole season. The E-Class absorbs these bumps without issue, even with the 18” AMG wheels equipped. We have sampled E-Class’ with more aggressive wheel and tire combinations, and if supple ride quality is high on your priority list, you may want to stick with the 18s.

Fuel economy for the E 300 4MATIC is rated at 11.0L/100km city and 8.1L/100km city, for a combined rating of 9.7L/100km. Our test consisted of mostly city driving, with a healthy highway run mixed in for the sole purpose of evaluating the efficiency potential. We averaged 10.1L/100km without any use of the more economical drive mode, and the E-Class had no issues keeping highway numbers right at the ratings. The E 300 requires premium 91-octane fuel. 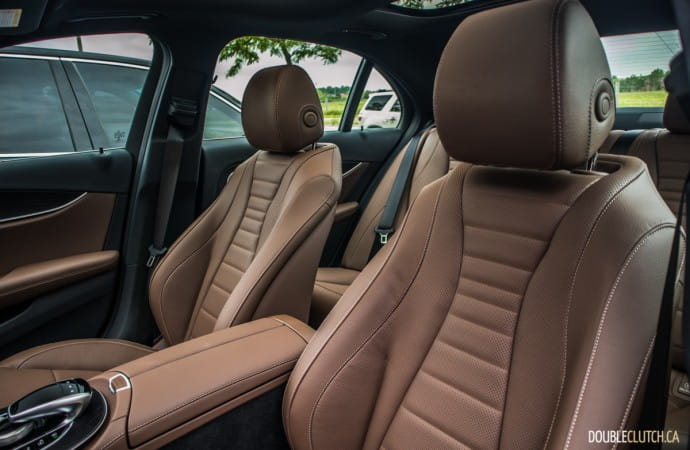 On the inside, the E-Class really comes alive with a beautifully designed cabin and excellent appointments throughout. The test vehicle was equipped with a stunning Nut Brown leather interior, paired with Mercedes-Benz’s signature Dark Ash Wood Open-Pore trim on the dashboard. We strongly prefer this to the piano black alternative, and the open-pore wood is sure to age gracefully. The materials throughout the cabin are wonderful to look at, and are built to a high standard.

Mercedes-Benz has been killing it lately with some of the best ambient interior lighting in the business. E-Class owners have the ability to choose between a variety of colours and multi-coloured themes that can subtly change every few seconds. It sounds like a bit of a gimmick, but this works extremely well and makes most new Mercedes cabins feel extremely luxurious and upscale at night. Higher trim models even have lighting in the vents that adds a further touch of extravagance. 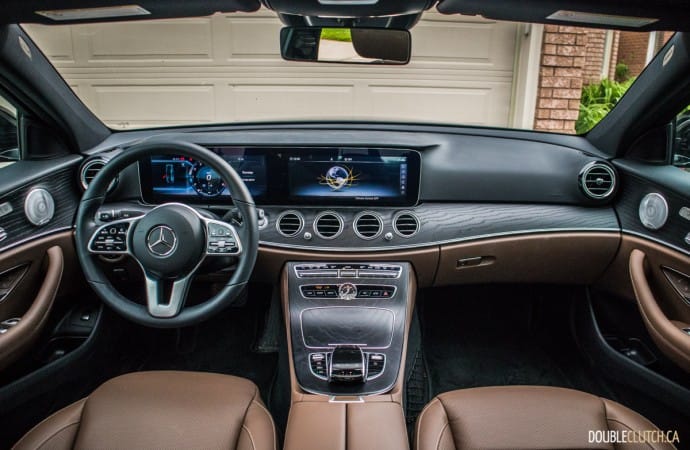 Like the E 300’s name, the dual-screen infotainment system that launched in 2017 is about to be replaced with their new MBUX interface. We recently sampled MBUX on the new A-Class, and it’s a vast improvement over the current system. The setup in this E 300 features Apple CarPlay and Android Auto, and works fairly well despite being a bit convoluted and confusing to use. We found that disabling the touchpad and using the rotary controller was easiest and most convenient. The Burmester sound system is top-notch and one of the highlights of the E-Class. 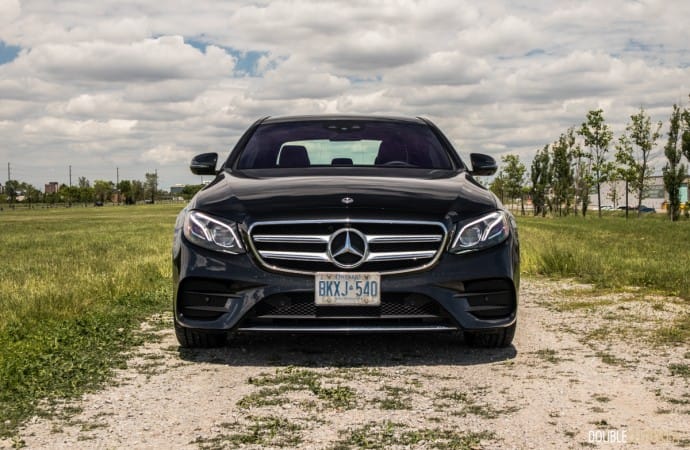 One key option missing from our test vehicle is Mercedes’ winning Intelligent Drive Package. The IDP system brings together one of the best lane keep assist systems and adaptive cruise control to give the E-Class a semi-autonomous driving experience. It even enables the vehicle to automatically check the blind spot and change lanes on command, along with the traditional emergency braking and collision warning features. This feature is one of the best parts of the current E-Class lineup and one that’s a must-have.

While we’re still many years away from fully autonomous cars driving us to work, cars like the 2019 Mercedes-Benz E 300 4MATIC are a great reminder that today’s luxury cars are better than ever. The current E-Class is absolutely a better premium sedan than the BMW 530i, and far more modern than the current Lexus GS 350. It offers a touch more elegance and feel than the Volvo S90 (reviewed here), and is our go-to recommendation for those shopping in the segment. 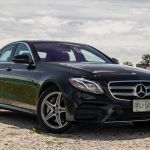 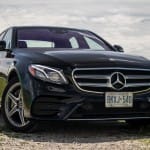 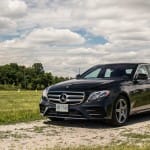 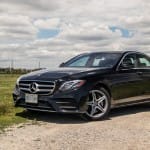 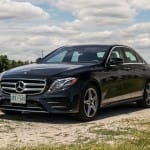 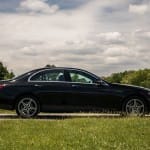 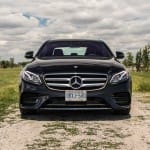 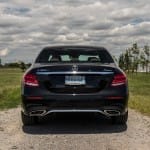 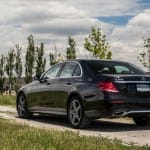 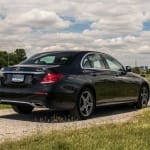 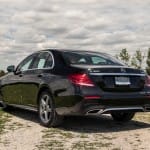 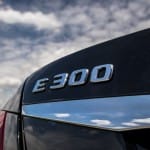 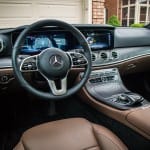 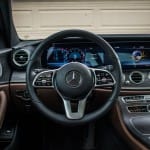 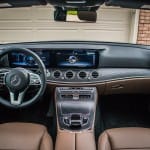 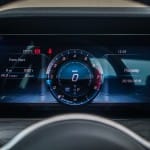 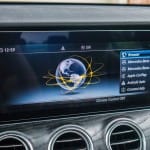 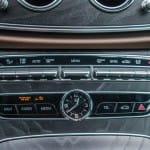 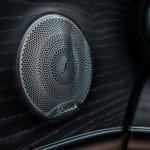 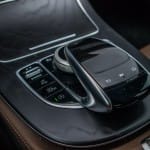 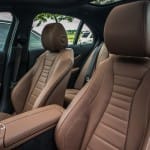 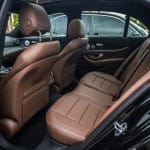 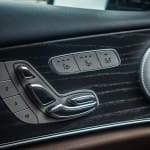