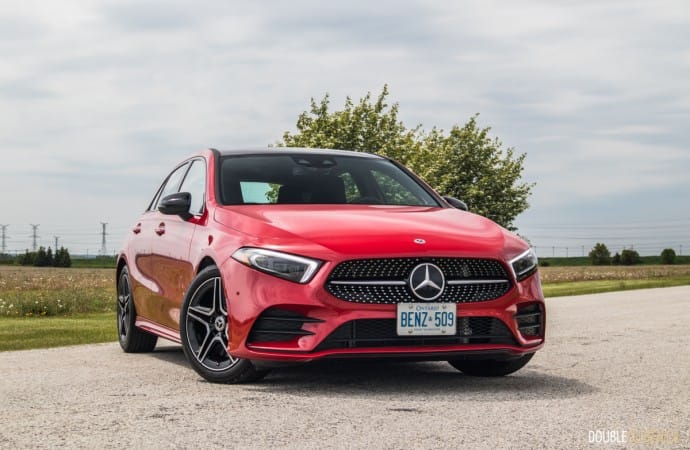 The A 250 4MATIC drives with a great amount of confidence.

After what seems like an eternity, Mercedes-Benz has given the Canadian market a new subcompact hatchback, one that replaces the dated B-Class. We have known about the all-new A-Class for quite some time now, but it has finally spent a week under our watch. The 2019 Mercedes-Benz A 250 4MATIC Hatch is forbidden fruit for our neighbours in the United States, but is likely to be Canada’s new volume seller. Not only is it elegant to look at and drives well, but it also marks the debut of some heavy new technology for Mercedes-Benz. 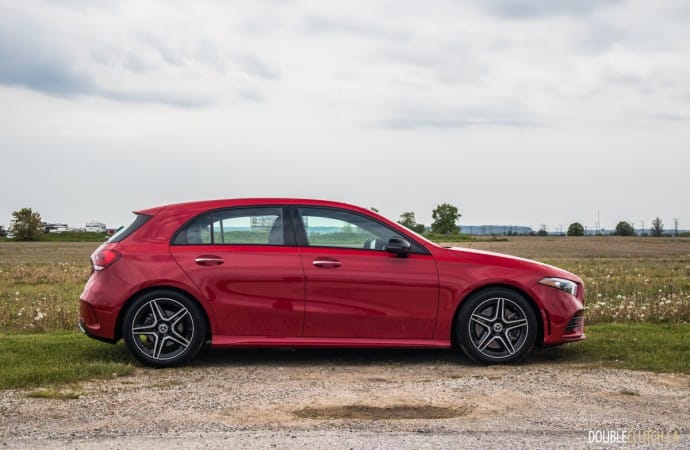 The A-Class is the first vehicle to receive the new Mercedes-Benz User eXperience infotainment system, also known as MBUX. The system in the new A-Class is comprised of two 10.25” displays laid side by side; one serving as a digital instrument cluster and the other behaving as the main MBUX interface. It’s a touchscreen, cloud-based system that can use voice recognition to do just about anything. MBUX is standard with a seven-inch interface, but the $2,950 Premium Package adds the dual-screen system that really adds to the allure of MBUX.

Mercedes-Benz has needed a full infotainment overhaul for quite some time now, and MBUX is welcomed with open arms. It’s capable of seamlessly handling Android Auto and Apple CarPlay, and the 64-colour ambient lighting is configurable via themes, and looks stunning. The system can be browsed via the touchscreen, or a very responsive touchpad located on the console. The voice recognition is the best we’ve seen in any vehicle thus far, and responds to natural commands like “I feel like some pasta tonight” by sourcing you a list of local restaurants that serve pasta. 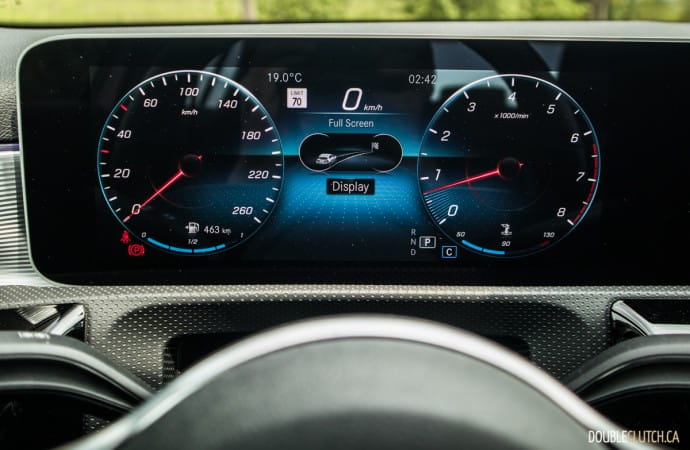 MBUX comes together nicely and will slowly trickle into the rest of the lineup, but initial impressions are positive. The A-Class is currently available as a hatchback only, though a sedan is on its way to Canada later this year. Now that the smart (reviewed here) brand has been put on the chopping block, the A-Class is the least expensive way to get into the Mercedes-Benz lineup. It’s not a bad car by any means, and is quite possibly the best subcompact the brand has ever sold to North Americans.

The only available engine right now is a 2.0L turbocharged inline four-cylinder, good for 221 horsepower at 5,500RPM and 258 lb-ft. of torque from 1,800 to 4,000RPM. It’s mated to a dual-clutch seven-speed gearbox, which has paddle shifters mounted on the wheel. Mercedes-Benz claims a sprint time to 100km/h in 6.2 seconds. Those paying attention will note these numbers are very similar to the punchy Volkswagen GTI (reviewed here), and surpass those of the Honda Civic Si. This may be a premium hatchback, but the power numbers put it right in the middle of hot hatch territory. 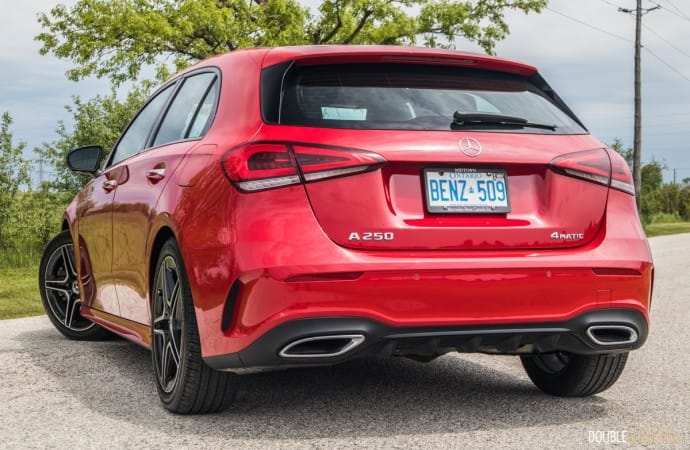 The A 250 4MATIC drives with a great amount of confidence, and is very easy to drive. The electrically assisted power steering is a joy to use, and allows the A-Class to dart around the city with no drama or fuss at all. The old seven-speed transmission in the B-Class was fairly clunky and made for a tedious driving experience, but we’re happy to say it has been reworked and is quite good in the new car. It shifts quickly and while gear changes can be made on demand, we never found a reason to do so. Ride quality from the four-wheel independent suspension is extremely good, and the A 250 feels planted and agile in all situations.

Mercedes-Benz Canada rates the A 250 4MATIC’s fuel efficiency at 9.9L/100km city and 7.0L/100km highway, for a combined estimate of 8.6L/100km. Our test had the perfect balance of both, with a good chunk of commuting during rush hour traffic. We averaged 8.8L/100km on 91-octane premium fuel, which is required. The A-Class’ fuel mileage is right in line with what we expect from a vehicle of its size, and we saw longer highway trips returning efficiency as good as 6.8L/100km without issue. 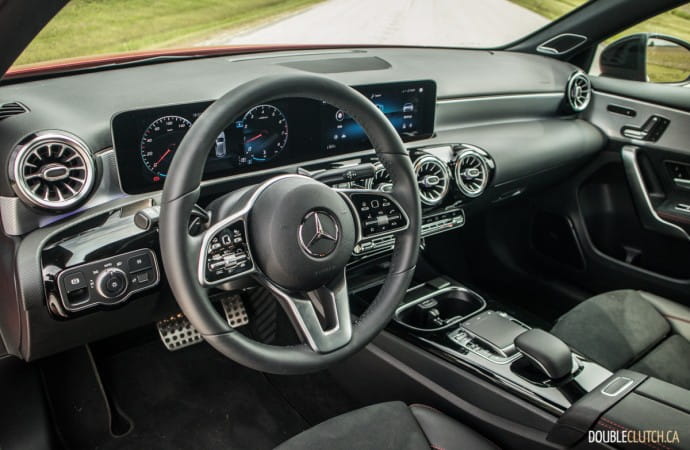 The futuristic infotainment system aside, the A 250’s interior is easily one of the best of any subcompact currently available, and trumps that of the current BMW 2-series (reviewed here) and Audi A3. The ambient lighting system is gorgeousat night, and materials are worthy of the three-pointed star. Fit and finish is excellent, and the seats are relatively comfortable. The bolsters might be a bit aggressive for larger drivers, though my six-foot frame had no problems staying comfortable. A nice touch is the location of the power seat controls, on the door as in larger Mercedes-Benz vehicles.

The A 250 starts at $35,990 in front-drive form, while the 4MATIC model is an additional $2,000. Added options include a $1,500 Sport Package (18” wheels, sport brakes, AMG styling), $2,950 Premium Package (advanced MBUX, Blind Spot Assist, wireless charging, power folding mirrors), and $1,600 Technology Package (LED headlights, adaptive cruise control). Standalone options include a heated steering wheel, park assist, 360-degree camera, power passenger seat, and Burmester sound system. All of this brings the sticker to a hefty $48,490, but it’s very possible to have a well-equipped A-Class for just over the $40,000 mark. 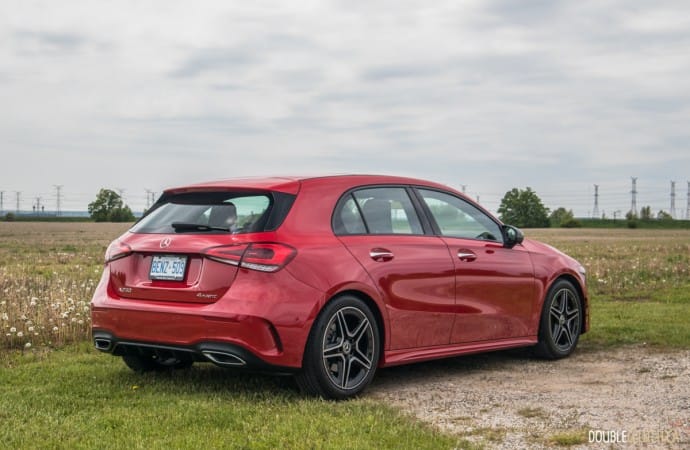 BMW has announced that their next 1-series will be front-drive based and will likely make it to the North American market. Audi offers us the A3 Sportback, but it’s only available in e-tron PHEV form, with a miserly 1.4L engine. With five USB-C ports as standard equipment and technology like augmented reality for the navigation system, the A-Class is the most modern of the bunch. It’s also the most practical, with a very usable rear cargo area of 370L. Fold down the seats and this number goes up to 1,210L.

There have been some stigmas around buying the cheapest Mercedes-Benz, BMW or Audi. If you’re really seeking value and nothing else, a loaded Mazda3 might be the ticket, but that’s not the point here. The 2019 Mercedes-Benz A 250 4MATIC does deliver a classier and more upscale experience, and makes for a great little car to commute in. It’s easy to see why so many of them have been popping up in my suburban neighbourhood – it’s the perfect choice for many Canadians. 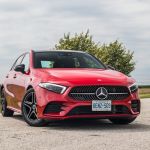 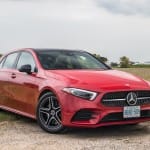 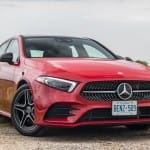 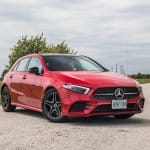 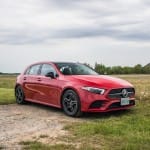 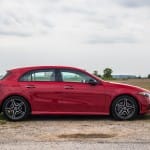 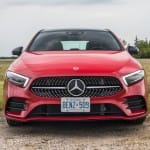 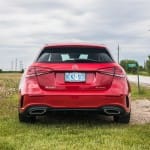 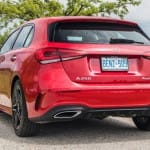 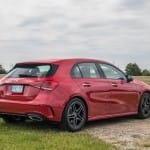 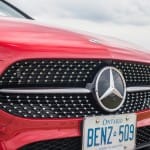 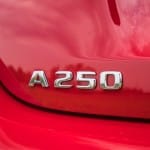 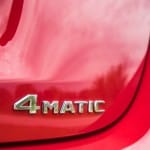 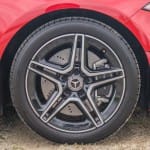 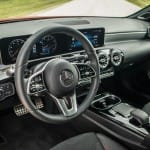 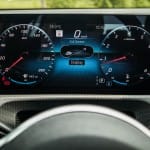 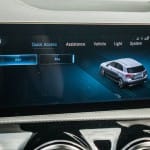 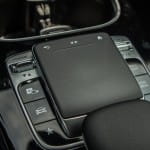 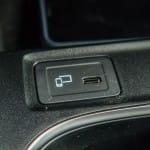