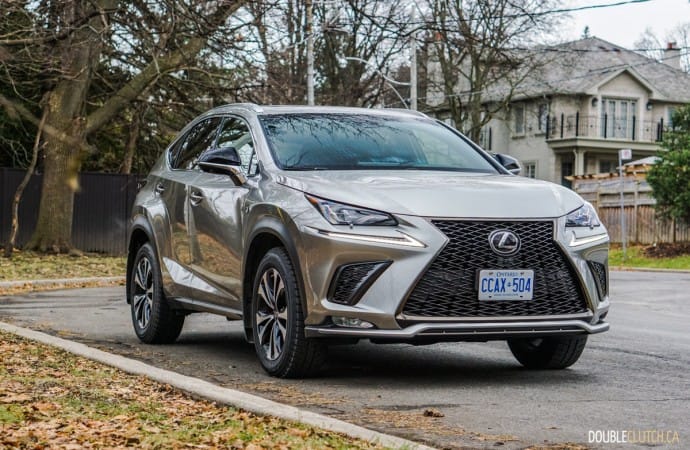 In the fiercely competitive CUV segment, there’s something that buyers always crave: luxury.

One of the nameplates synonymous with luxury and sharing several letters with the word is Lexus, putting their best foot forward with the 2019 Lexus NX 300 F-Sport AWD. Available in multiple levels of premium trim, the top line model is the F-Sport Level 3 tested here. 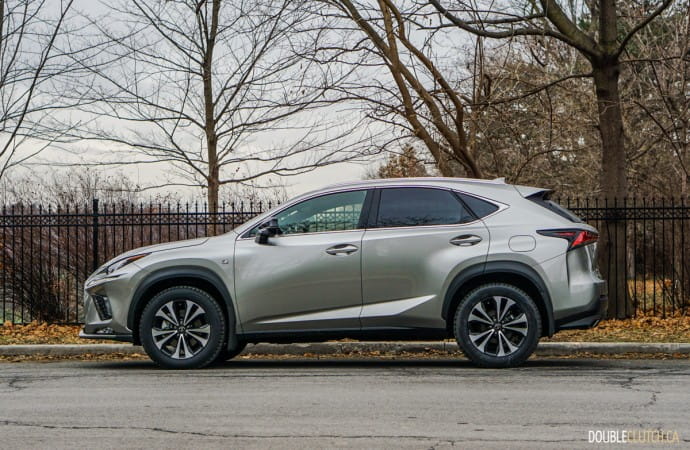 The F-Sport badge comes with some notable upgrades in tech. The general kit is compared to the standard or Premium trim levels, but the most substantial difference is the aggressive, wider, taller and more striking front end. This gives the front of the NX a completely different face and not just minor tweaks or additional chrome like other manufacturers do to differentiate the higher end trim. The F-Sport’s front end and larger wheels are worth the money on their own.

That’s not to say that the front end is an expensive upgrade; the F-Sport packages come along with a very large list of other upgrades that grace the interior and driver interfaces. Adding onto a base price of $44,050, the F-Sport Level 3 comes at a price tag of $13,150 (add another $100 for Apple CarPlay, no Android Auto here) and brings along upgrades such as a heads-up display, larger infotainment screen, driving aids (blind spot monitoring, adaptive cruise control), sunroof, heated seats and steering wheel, LED auto-leveling headlights and LED fog lights, to name a few. The as-tested price ends up at $57,200. 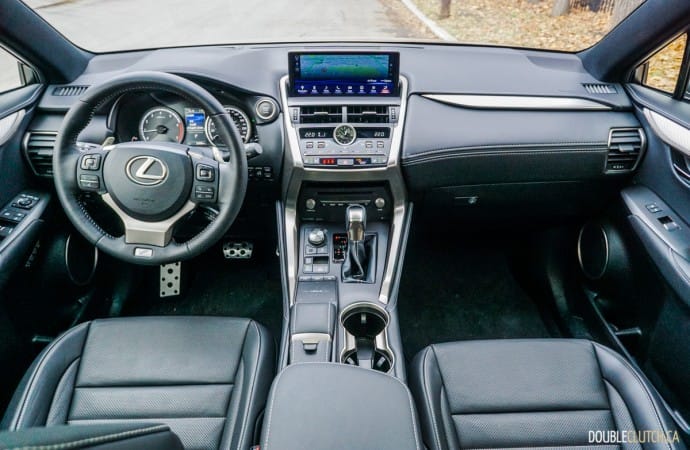 The F-Sport model’s seats are quite different too. Designed to go along with the sport tuned and Active Variable Suspension (AVS), the seats are heavily bolstered; perhaps too bolstered for what is ultimately a city-bound CUV. They seem to hug the hips a bit too tightly on your average-sized writer. That sporty suspension and steering certainly makes an impact; the NX 300 felt more like a Lexus ES (reviewed here) in the turns than a top-heavy rolling jellybean – thumbs up to the Lexus engineers here.

It’s not all thumbs up for the F-Sport package; a big thumbs down goes to the Remote Touch Interface (RTI) infotainment system. The RTI is a small touchpad on the center console that is the only way to interact with the 10.3” infotainment display. The screen is not a touch screen. This is a very frustrating system to use and get used to; it can be controlled via taps and swipes, or pushing down on the pad can result in a click in one direction. 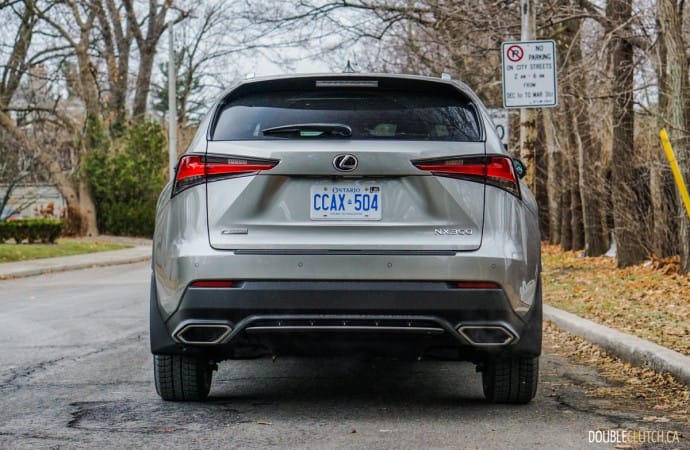 Good luck developing the delicate touch required to tap the RTI pad without clicking as well, resulting in two nudges in whichever direction. Unless you are parked, don’t expect to be doing any radio station changes or switching back to the navigation map screen. Voice control won’t help you here either, as a simple “Stop Navigation” command was misunderstood eight different ways, despite saying the exact command that the Help function suggested. If you’re an Apple owner, pay the $100 for CarPlay, or pray that an Android Auto software upgrade comes soon.

Interior space is decent for a vehicle of this size, comfortably fitting four adults, with room for five in a pinch. Build quality is top notch as expected from Lexus, and there are even some nifty hidden touches added such as a portable vanity mirror hidden in the underside of the palm rest for the infuriating touchpad interface. Being a compact crossover, trunk space is at a premium compared to larger models such as the Lexus RX 350 (reviewed here). The NX 300 will swallow 500L of cargo behind the rear seats, and a decent 1,545L with the seats folded. 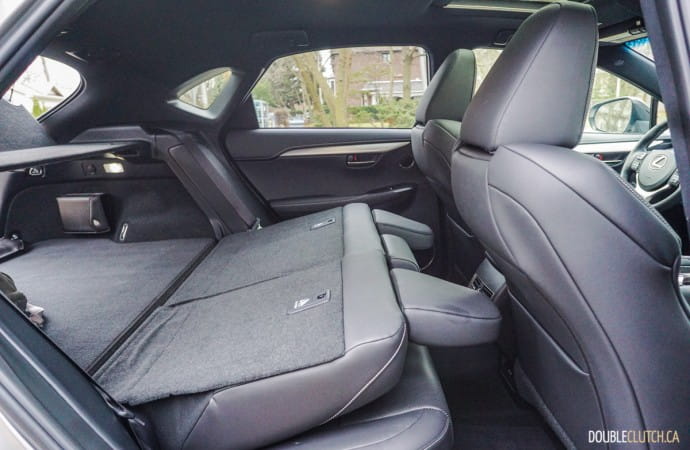 There are only two powertrain options for the NX vehicles. The NX 300 is powered by a 2.0L four-cylinder turbocharged engine, rated at 235 horsepower from 4,800RPM to 5,600RPM. Thanks to the turbo, all 258 lb-ft. of torque is available between 1,650RPM and 4,000RPM. The hybrid option is known as the NX 300h, and does not use the same engine at all, instead opting for a 2.5L naturally aspirated engine. It also delivers a lower combined horsepower output, and cuts fuel consumption down by a third.

Surprisingly, the NX 300 is piloted through a six-speed transmission, but has that smooth Lexus feel that keeps it on par with the driving experinece of the more modern transmissions with seven or more gears. All-wheel-drive is standard fare for Canadian NX vehicles, and gears can be manually selected using paddle shifters for more spirited driving. 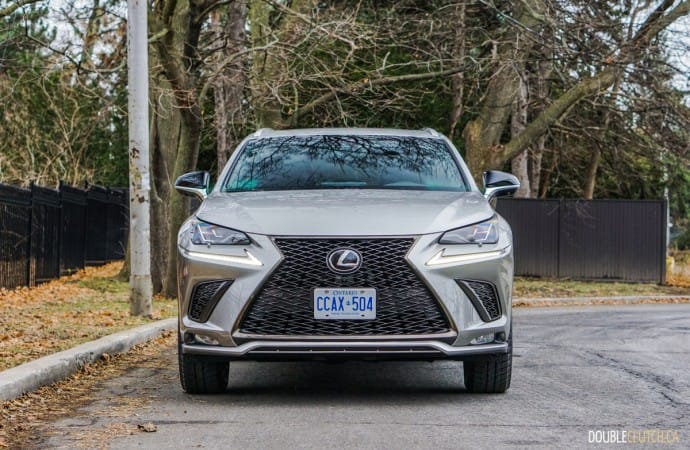 Fuel economy numbers aren’t stellar on the non-hybrid NX, and this is likely due to the lack of extra transmission gears. With a city rating of 10.6L/100km, a highway rating of 8.5L/100km and combined rating of 9.7L/100km, the NX 300 rates about the middle of the pack, with the hybrid option being a top runner for the segment. Filling up the 60L fuel tank with premium fuel makes the regular fueled hybrid option even more appealing to high mileage drivers, despite the added upfront cost.

The Lexus NX 300 F-Sport takes a sporty approach to the luxury CUV segment, with competition from the recently updated Acura RDX (reviewed here) and BMW X3 also focusing on driver enjoyment, while the Audi Q5 and Mercedes GLC taking their own spin on what buyers and passengers want in the segment. Jaguar’s recently released E-Pace (reviewed here) is something to consider for those eyeing the NX300h, and for those craving a bit more interior room, the Volvo XC60 with or without the hybrid powertrain could be worth a look as well. 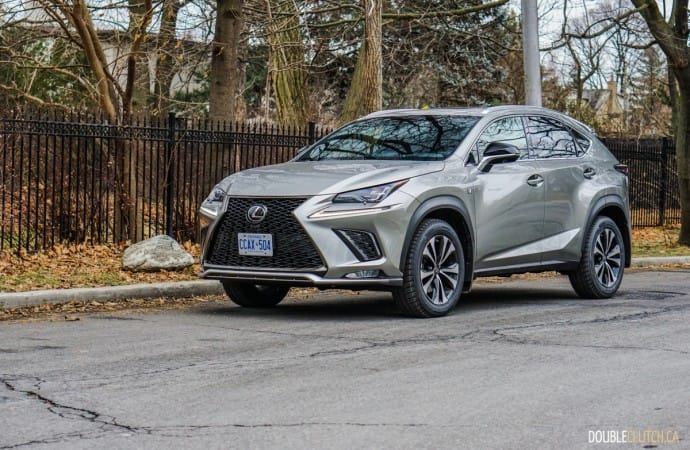 When it comes to shopping the luxurious options, there are some great vehicles to choose from. Despite a frustrating infotainment interface, the 2019 Lexus NX 300 F-Sport AWD is a fully loaded, sporty driver that wins top points in the looks department inside and out. The tight-fitting seat bolsters aren’t for everyone, but if the shoe fits, drive it! 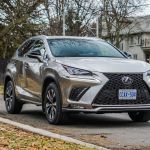 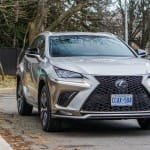 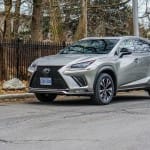 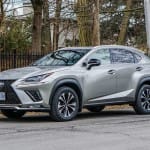 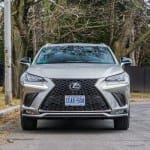 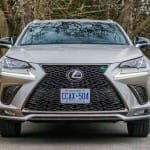 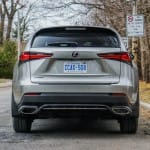 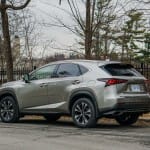 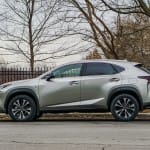 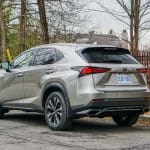 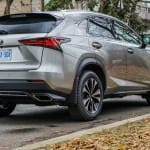 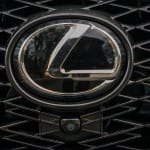 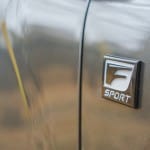 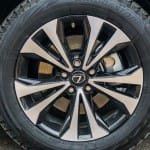 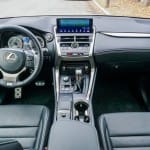 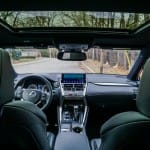 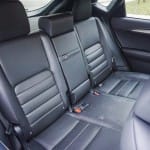 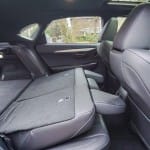 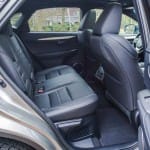 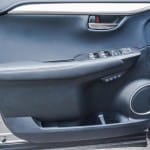 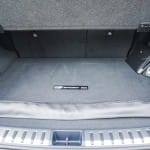