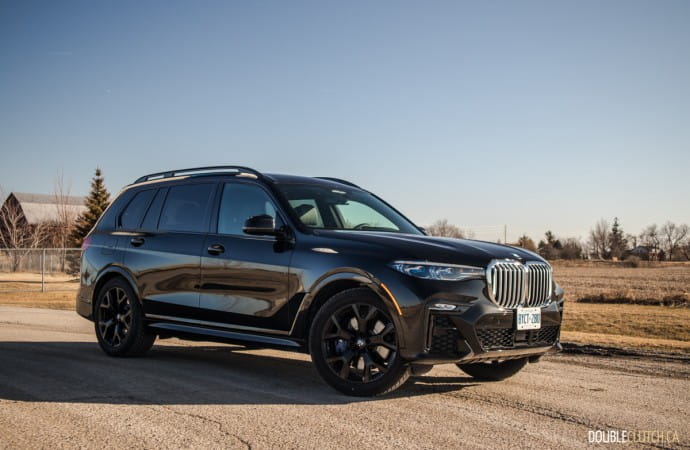 The scrumptious X7 offers more technology in a number of areas than other players.

It seems as though the current generation of thirty-something car buyers all need a three-row crossover the second they have their first child. This may have something to do with the fact that today’s strollers come with their own airbags and Bluetooth streaming audio. Regardless, automakers are taking this opportunity to introduce new models that fit this niche. In the premium segment, BMW, Audi and Mercedes-Benz have had tremendous success with their upper-midsize crossovers like the superb X5, Q7 and GLE-Class. 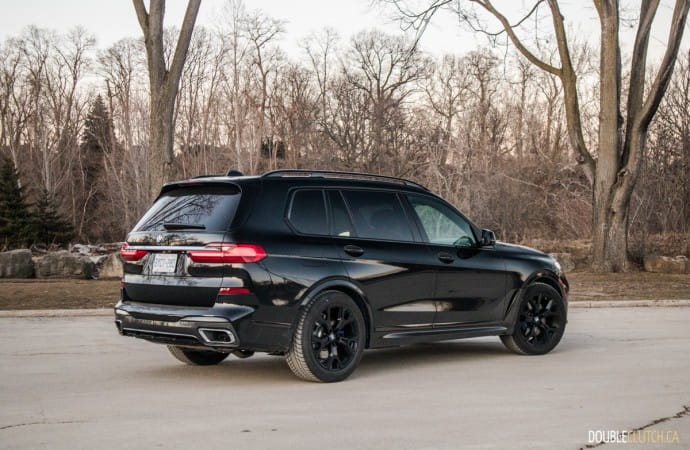 Many of these crossovers have intermittently offered third row seating, however useless it may be for anybody with, you know, legs. I personally adore the X5 in five-seat form, and think it’s one of the best premium sport-utilities around, in any price range. This is the 2019 BMW X7 xDrive40i, the latest big brother to the X5 and a competitor to the Mercedes-Benz GLS 450 and the six-cylinder Range Rover (reviewed here). It’s a brand new model and represents BMW’s first-ever foray into the full-size SUV game.

BMW offers a plethora of crossovers ranging from the baby X1 right through the sporty but impractical X6. The X7 is large and in charge, and while it isn’t quite as large as an extended-wheelbase Cadillac Escalade, it plays in the same price and size bracket while offering similar or more luxury and a smoother driving experience. It’s 229mm longer than the current X5 and while our test vehicle had the optional second row captain’s chairs, can be equipped in a very usable seven-seat configuration. 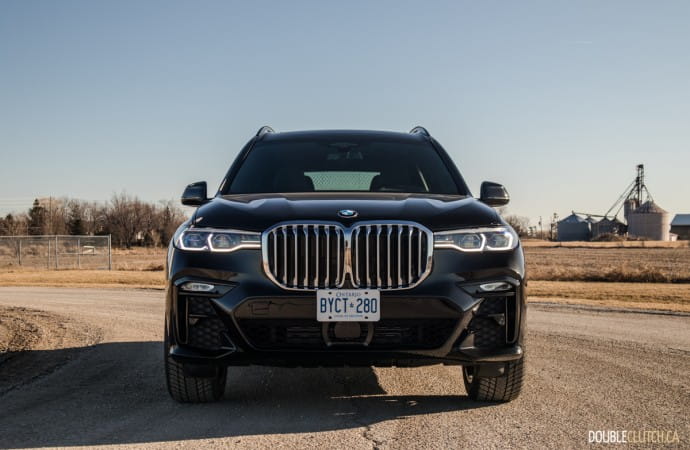 From an aesthetic standpoint, the X7 is relatively handsome and is the first application of BMW’s new massive corporate front grille. The Laserlight headlights have blue accents and immediately give our black tester presence. The side profile is somewhat reminiscent of a Mercedes-Benz GLS, especially towards the rear half, but it’s unmistakably a BMW. The X7 resembles a raised station wagon version of the 7-series, and while I wasn’t initially a fan of the looks, the constant arsenal of compliments it received over the test week forced me to digress.

The interior layout will be extremely familiar for anybody coming from an existing BMW product. All of the controls are almost identical to the current X5, and overall interior space feels a little bit more substantial. All materials are top notch, with fine leather upholstering the entirety of the cabin, and a very stylish glass shift lever sitting in the middle of the dashboard. It looks great, but we can’t help but wonder how it will hold up to having wedding rings knocked against it over years of ownership. 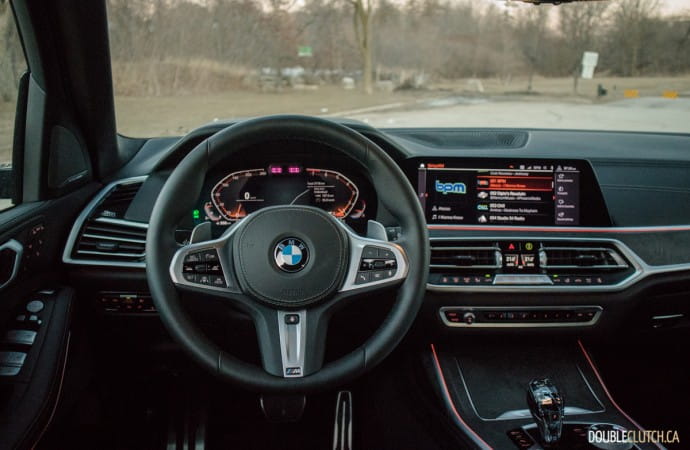 Infotainment via BMW’s latest application of iDrive is easy to use, though there are quite a few menus to navigate through for simple functions. BMW is also the only manufacturer to currently offer wireless Apple CarPlay over Bluetooth, which is nice, but we found it to work intermittently and have a mind of its own. The attempted remedy was un-pairing and pairing devices over and over again, which wasn’t always successful. Also, the wireless charging pad doesn’t work on current iPhones; my XS would constantly try to bring up Apple Pay.

The X7 in this configuration offers five zones for climate control, which means just about everyone can choose their own temperature. Occupants in the first two rows get four zones to themselves, while the third row gets the fifth. There is a glass sunroof above the third row of seats, which has a powered shade that can be retracted from the control panel back there. Oh yeah, and front seat occupants get a massage function, along with heated armrests and center console. 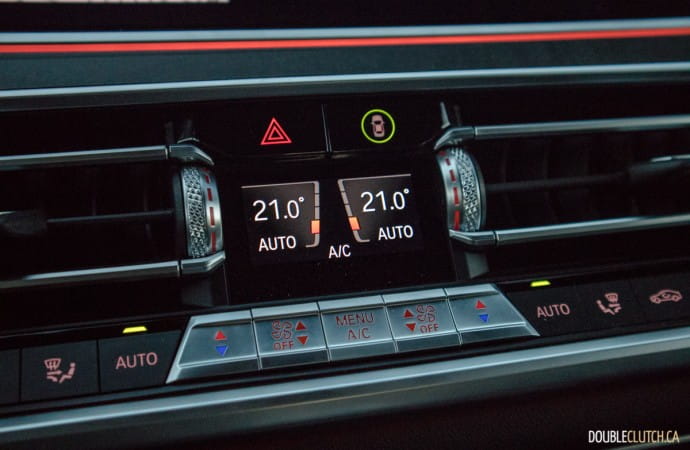 The big conversation piece around the X7 is the sheer size that contributes to generous interior volume. Third row passengers are significantly more comfortable than they would be in the smaller Audi Q7 (reviewed here) and other large crossovers, and they even get their own (fifth!) climate zone and heated seats. The only other vehicle we can think of with heated third row seats is the Tesla Model X (reviewed here), which doesn’t really compete in this segment anyhow.

Climbing into the third row is very easy, if not a particularly quick affair. Folding the second row backrest forward also causes this seat to electronically slide, creating space for third row passengers to enter or exit. Cargo capacity in the X7 is 1,376L behind the third row. This row can fold at the touch of a button, more specifically a button that’s labeled “Max” and an image of a suitcase, implying maximum cargo. Once the third and second rows are folded down, this area increases to a massive 2,560L. 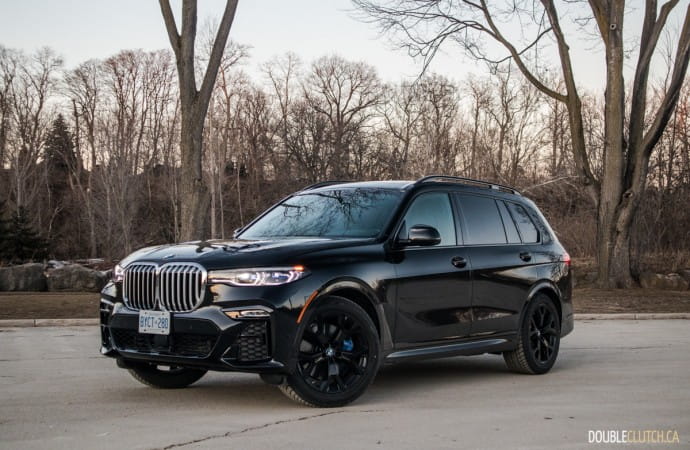 Two powertrains are offered on the X7, starting with the xDrive40i’s absolutely beautiful turbocharged inline six-cylinder. This is the B58 engine that BMW offers in a variety of products, and is creamy smooth and powerful at the same time. It’s not slow, but it’s just enough for the 2,500-kilogram X7. It puts out 335 horsepower that can haul the behemoth to 100km/h in 6.1 seconds, but those seeking truly effortless power will want to opt for the xDrive50i’s twin-turbocharged V8. It pushes 456 horsepower and brings the 100km/h sprint time down to 5.4 seconds.

Ride quality is impeccable, as expected from a BMW of this caliber. The X7 floats down the highway with authority, but those not used to it will find it hard to perceive the speed that it carries without looking at the speedometer or head-up display. Those wanting to venture off road can opt for a package that adds a locking rear differential, added protection to the underbody, and four adjustable terrain modes on top of the BMW-standard drive modes. 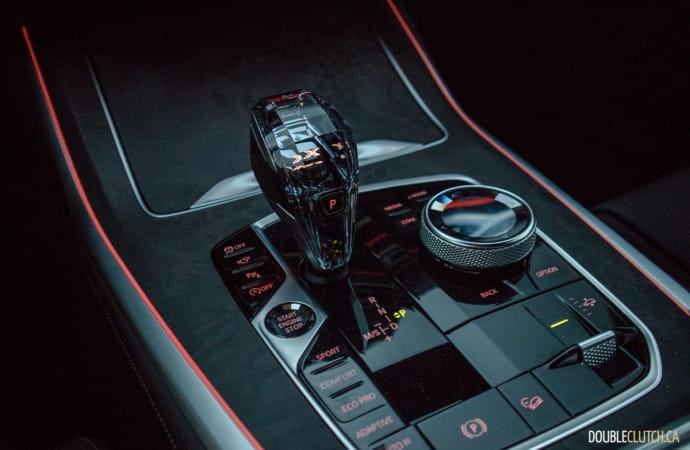 A truly remarkable feat by the X7 is overall fuel economy, something we were first impressed with on the new X5 xDrive40i. For a massive SUV carrying this much heft, the X7 averaged 11.7L/100km over the course of our test. It runs on 91-octane premium fuel, but its overall highway manners are smoother than the Mercedes-Benz and on par with the full-size Range Rover, which makes this fuel economy number stand out even more. You want crisp effortlessness? This is it.

BMW prices the X7 with the six-cylinder engine from $92,500, and the xDrive50i with the twin-turbocharged V8 starts at $110,100. Our xDrive40i had a $15,000 Premium Excellence Package that adds everything including a Walknappa leather dashboard, Laserlight headlights, five-zone climate control, soft close doors, Sky Lounge panoramic glass sunroof, remote start, and BMW Individual Extended Merino leather. An M Sport Package at $2,900 adds the M Sport exhaust, 22” wheels, and sport accents throughout the body. The total sticker on this fully loaded tester crests $111,950. 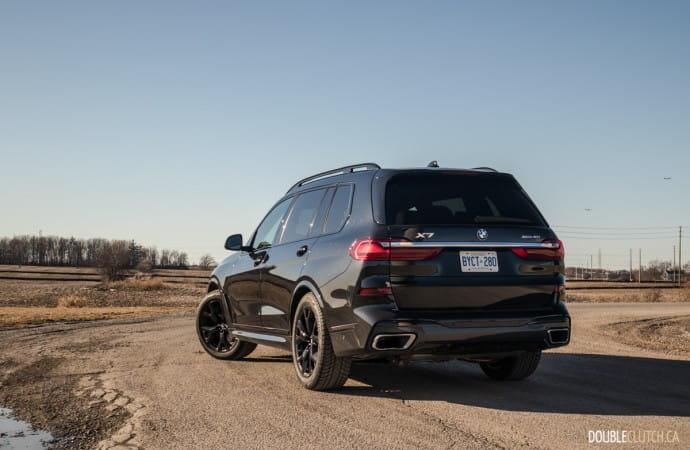 Aside from the X7’s obvious features, it’s also crammed with technology that many buyers may never even discover. For instance, the advanced park assist has a memory function that can remember how you pulled into a spot, and on command back you out using the same trajectory. The camera system is also incredibly detailed and offers a variety of views. That’s not to say that it isn’t without its glitches – the car refused to detect the smart key a few times during our test and thus, wouldn’t start until the fob was held against the steering column.

Just like any other high-dollar luxury vehicle, the 2019 BMW X7 xDrive40i isn’t without its quirks. Overall though, it brings a new rival to the table for some well-established players in the full-size luxury SUV segment. More competition is good competition, and the scrumptious X7 offers more technology in a number of areas than other players. It also drives extremely well and should be on the consideration list for anybody in the six-figure SUV ball game. 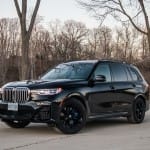 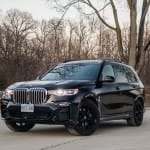 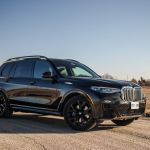 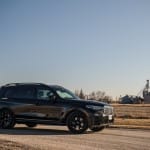 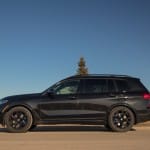 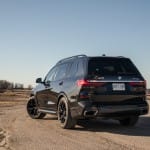 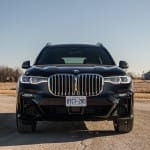 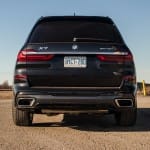 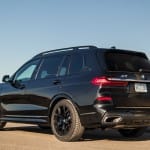 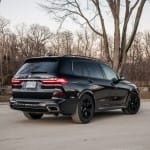 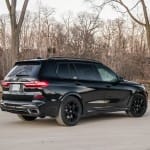 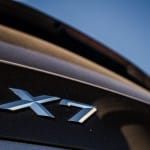 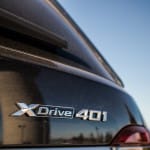 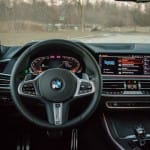 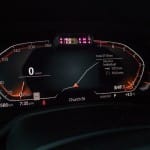 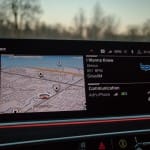 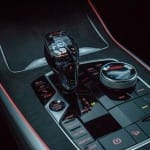 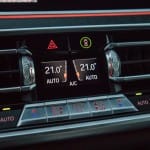 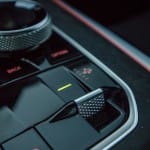 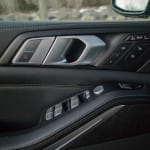 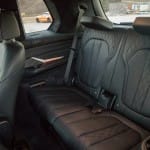 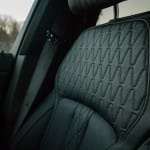