Sometimes, life just gets hard. All work and no play, too much stress, too little time, too many problems and few rewards. It happens to everyone, and those that can slug it out and get through it are stronger for it. The same applies to car manufacturers, and life certainly has not been easy on the Lincoln Motor Company. When things do get tough, climbing into a comfortable, luxurious and serene cabin remains one of the great automotive escapes, and that’s exactly where Lincoln has put its efforts. We tested the 2018 Lincoln MKZ Reserve 3.0T in all-wheel-drive guise; a car that has not had an easy go. Thanks to a refresh it received last year, it has a new lease on life. 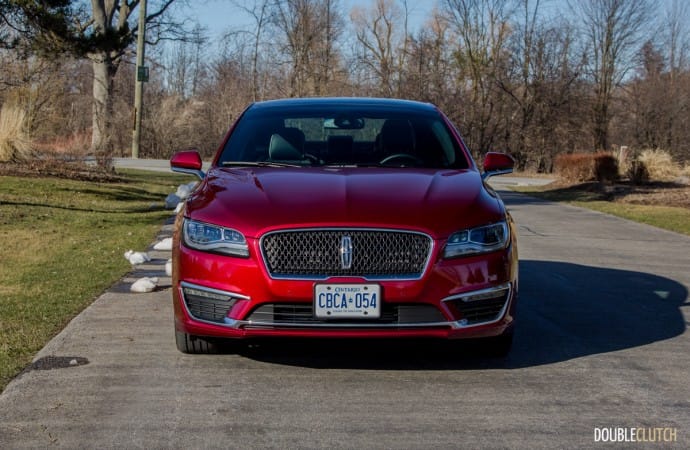 The MKZ’s unique styling tends to be a love or hate thing, and with the revised front fascia from the 2017 update I am firmly in the love it camp. Not only does the MKZ’s swoopy styling do a great job of hiding its Ford Fusion (reviewed here) underpinnings, it looks like nothing else on the road, and that’s sort of the point. The new front end is a massive improvement over the older beak-style grill. The new Lincoln corporate grills; now shared with the Continental and Navigator (reviewed here), really drive home the traditional luxury car look.

Full-length LED taillights and a long, low roofline add to the MKZ’s sense of old school elegance. Opening the panoramic roof slides the huge piece of glass roof out onto the back half of the car. It’s not the slickest setup, but it does draw some attention, and delivers a massive open roof experience. Our tester came finished in Ruby Red Metallic, and while the red might be a little overkill, it does suit the car surprisingly well. 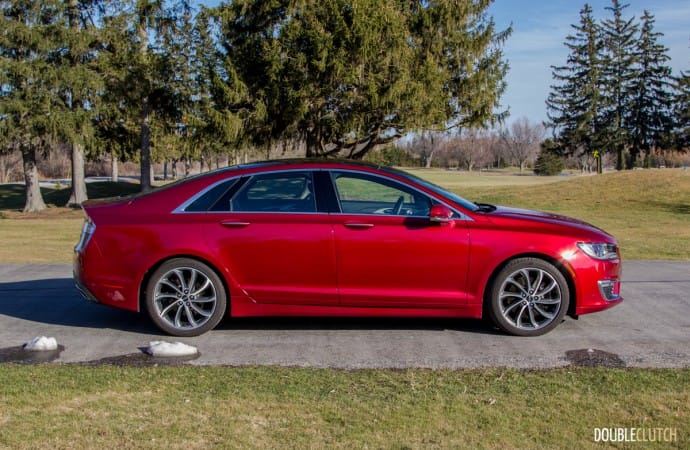 The interior in the MKZ is a very good place to spend time and melt away miles. Unlike Lincoln’s arch nemesis, Cadillac, they’ve stuck with a much more traditional system for the controls; things like heated and cooled seats, heated steering wheel, and climate controls get separate and easy to use physical buttons. There is a touch screen, used mostly for navigation and audio, and it’s all very clear, easy to use, and visually pleasing. Even the radio has proper volume and tuner knobs if you’re not into fiddling with the screen. The same goes for the instrument cluster, which is a combination of digital displays and analogue dials, but it’s all easy to look at and configure.

Overall the interior is fairly upscale, with lots of soft touch rubberized plastics, faux carbon fiber and aluminum accents. It also has respectable fit and finish for a luxury car that isn’t off-the-wall expensive. The steering wheel is a thing of beauty wrapped in soft leather, and the contoured and massaging sport seats equipped as part of the Driver’s Package are also finished in equally soft leather. The seats themselves are wonderful with enough bolstering to keep you firmly in place, but soft and supportive enough to perfectly coddle you on those long trips. 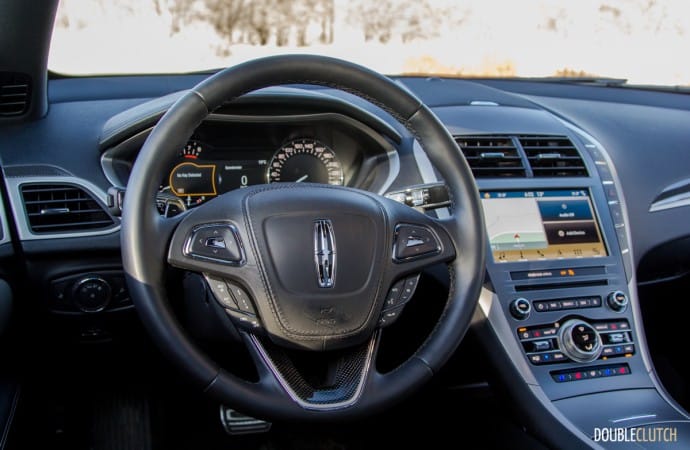 The headliner is just a nice black microfiber, but at least the black flows with the rest of the interior. Perhaps one of the best features of the MKZ is the optional Revel Ultima 20-speaker sound system; it’s only available as part of the $5,500 Luxury Package, which also upgrades the HID headlamps to LED, but the sound is top-notch and as good as any other high-end stereo. The right music system makes a big difference; enjoying this while relaxing in the comforts of the MKZ’s interior while wafting down the highway remains a great pastime.

The highway really is where the MKZ shines; particularly when equipped like our tester with the 3.0 twin-turbo V6 boasting a monstrous 400 horsepower and 400 lb-ft. of torque. The motor is mated to a six-speed automatic that feeds power to the ground through an all-wheel-drive system. The setup catapults the MKZ from 0-100km/h in a very quick 4.8 seconds and it’s estimated to complete a quarter mile run in 13.4 seconds, a number that can make many performance cars blush. 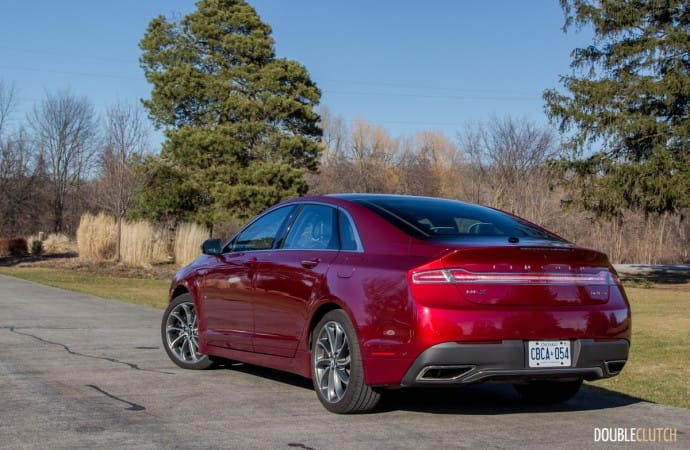 Power delivery isn’t quite as linear as you’d get from a naturally aspirated mill, but it comes on quietly, smoothly and without any drama. Highway passing is fun, as the MKZ just silently blasts passed slower traffic. If there are any delays in delivery, it’s usually due to the six-speed being a little too slow to react. In fact, the platform in general isn’t quite ready for the 400-club. The AWD system can’t quite keep up, so torque steer is an issue on hard acceleration and the suspension, which is better suited for touring or highway cruising. As such, the car can struggle to remain composed when pushed through the corners.

That said, if you accept the fact that the MKZ isn’t a performance car at all, but rather a luxurious touring sedan that happens to have a ton of power in reserve, none of these issues should be of concern. The steering is well weighted and direct, the ride is comfortable, and the car does display an impressive amount of lateral grip. The AWD system performed admirably during the ice storm that marked the start of our week with the Lincoln. 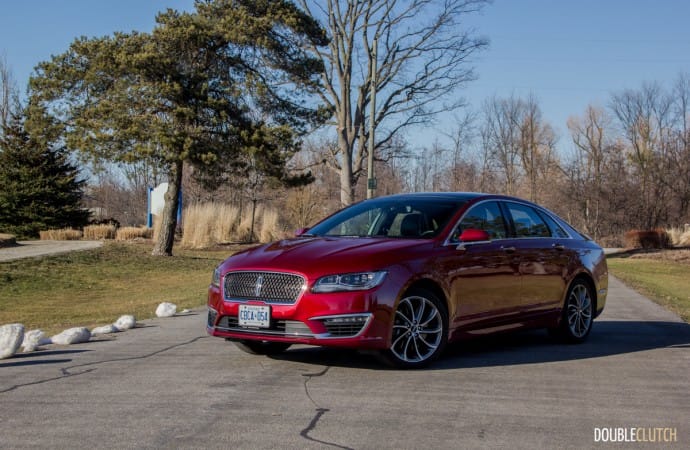 This is a quiet and relaxing daily driver, with all the luxury features you could want, and that has the power to boot – that is really the whole point of a luxury car; power and comfort. You can’t have all this without a bit of compromise, and that comes at the pumps. Over a week of rush hour commuting I averaged 12.3L/100km on premium fuel. It’s not V8 SUV territory, but as far as sedans go the MKZ with the 3.0T is pretty thirsty.

The MKZ can be had in a host of different configurations, and its reasonable starting price of $40,550 gets you into a good looking and decently equipped car with AWD and a four-cylinder. Between the basic Select trim and the pricier Reserve trim, plus a number of add-on packages, you can build an MKZ to your budget. If you want the twin-turbo V6 powerhouse, it’s only available in the Reserve trim and starts at $50,100, a relative bargain for a 400 horsepower luxury sedan. 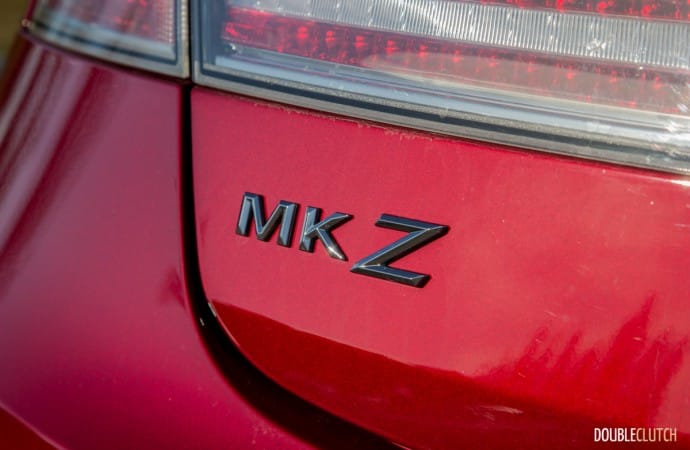 It’s when you start adding packages that the price really starts to climb; the as tested price on our fully loaded test car came to $66,250. This includes packages like the $2,450 Technology Package for all the latest electronic driving aids, $3,400 Driver’s Package which ups the performance gear to include dynamic torque vectoring, sport suspension, selectable drive modes, painted calipers, and a unique grill and interior accents. There is also the Luxury package adding LED headlamps and the awesome Revel Ultima sound system. Lastly, if you want the massive panoramic roof instead of a standard sunroof you’ll need to pony up another $2,000.

The optional packages add up and the tested price over $65,000 puts the 2018 Lincoln MKZ Reserve 3.0T in a segment of luxury cars that I am not sure the MKZ is originally intended to compete with. However, if you can live without some of the add-ons, this Lincoln is a true wolf in sheep’s clothing and makes for a fantastic daily driver. When life gets tough it’s great to shut the door of your Lincoln and drift away, even if it’s just for a brief ride.