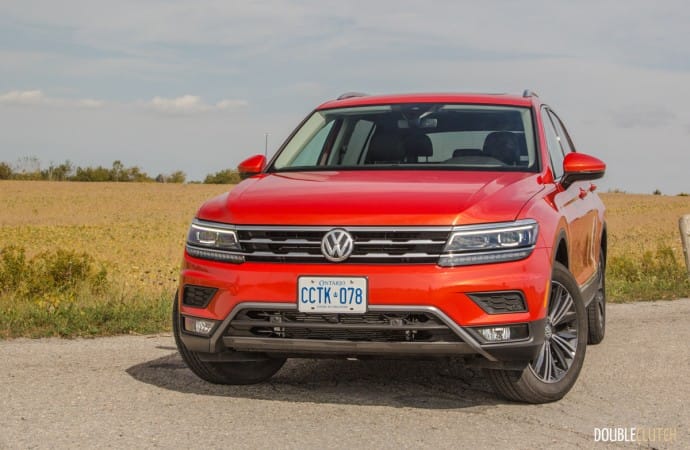 This car is a massive gauntlet being thrown down by Volkswagen to the rest of the competition.

Clad in a cheery bright Habanero Orange metallic paintjob and filled out with a boxy, bulked out body, the all new 2018 Volkswagen Tiguan Highline is an impressive looking vehicle that we took for a road trip out to Calabogie Motorsports Park and back. Considering this is supposed to be the smallest crossover in Volkswagen’s lineup, I paused as I parked it next to a previous generation Tiguan (reviewed here) to reflect on the differences. The older vehicle feels softer, and curvier versus the cuboid steel shape that the new Tiguan has.

Say what you will about boxy cars, but that shape does yield some of the most useable interior volumes. The 2018 vehicle plays this to painstakingly high Germany efficiency. According to a press release by Volkswagen at the 2017 Toronto Autoshow, the new Tiguan yields a staggering fifty seven percent increase in cargo capacity thanks to its 270mm extension in length compared to the outgoing model. Width-wise, it’s somewhat bigger than the outgoing model but not as obvious. 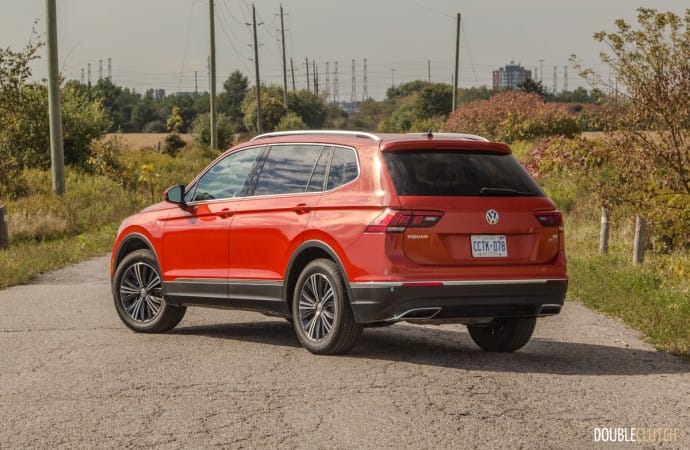 Pop open the power liftgate with the hands-free-foot-activated sensor and the abyss that is the rear trunk stares back at you. As I loaded a weekend’s worth of water, sports drinks, munchies, two coolers of food, several duffel bags and more, it became quite evident that the Tiguan is tailor-made for those epic Costco runs my friends-with-kids keep talking about. As is customary nowadays, there are huge cubby holes inside of the cargo area – each large enough to stuff two paper towel rolls without crushing them. Should you need even more storage space, the rear seats fold relatively flat and best of all: they lock into the folded down position ensuring a stable, flat surface. Utter brilliance.

Climbing into the driver’s seat is an easy task thanks to driver’s-side grab handle (no cost cutting here!). As you plop yourself into the rather flat and firm seats, you’ll immediately notice they feel a lot better than they look. Compared to the current bloodlust the auto manufacturers have for racy sport-inspired bucket seats with aggressive bolstering, the Tiguan almost looks like someone forgot to design them. After three straight hours of driving to Calabogie, I can positively say that these seats are comfortable without being intrusive or restricting your motion. Volkswagen offers a third row, two passenger bench to stay completely out of reach from the pilot. Luckily for me, this tester did not come equipped with this option and my Costco-sized sack of peanut M&Ms was reclaimed with ease. 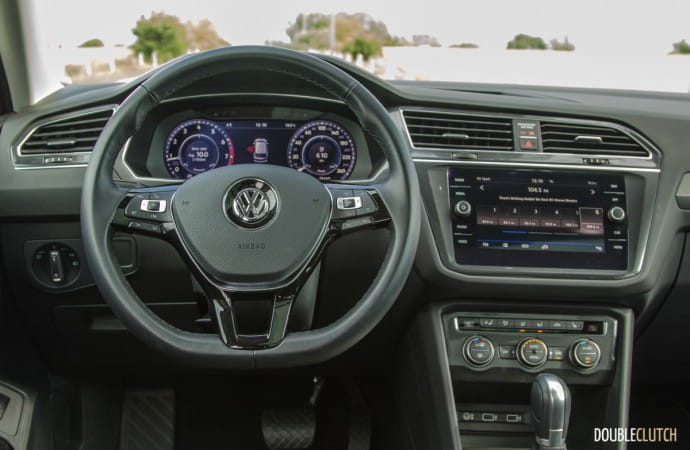 Politely greeting you in the dash is a large, 12″ LCD instrument cluster that is deeply recessed allowing for easing reading. Volkswagen offers a large array of preconfigured displays but all of them put the tachometer on the left and speedometer on the right, leaving an oddly empty large middle section. Granted, it is used to display text like instantaneous fuel economy, trip meters, immediate navigation directions but it hardly occupies half the real estate available there. This combined with the telescoping and tilt adjustable steering wheel, the dash upper portions can easily get covered by the steering wheel hiding most ranges of highway speeds on the speedometer: a common issue with most vehicles today.

One thing to note on the steering wheel is that while it is nice, chunky and offers great tilt angles, it doesn’t telescope as much as one would expect. That’s where the market-standard, fully adjustable power seats come in handy. Drivers of most heights will find ample head room below the gorgeous full panoramic sunroof that stretches the entire length of the cabin, delivering utterly glorious sunlight into the Tiguan. 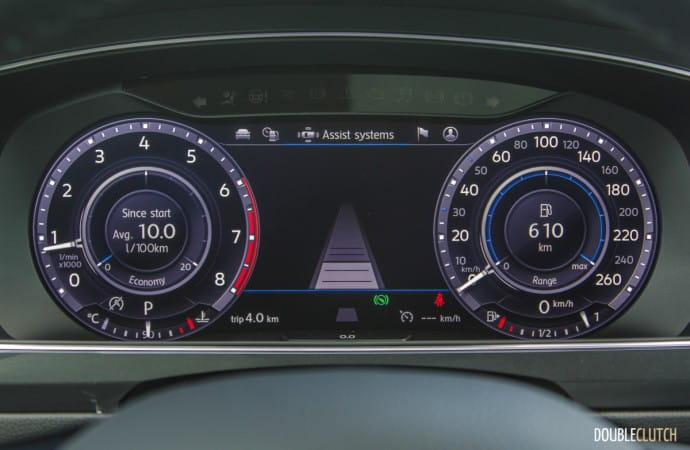 Conveniently off to the right is a rather large slab of glossy center console armed with an 8″ infotainment touchscreen with the classic volume knob easily within reach. The system is very responsive and is bundled with Bluetooth audio, USB, auxiliary inputs, and last but not least Apple CarPlay and Android Auto. The latter of which however, whilst great to use, will not take advantage of the center display of the digital dash. Volkswagen will instead simply remind you that you are running an app and not show any information (song / call / navigation) that would otherwise be displayed on the main infotainment screen in any other mode (Bluetooth or USB media).

Based off Volkswagen’s MQB platform shared with other vehicles such as the Golf (reviewed here), the Tiguan takes some of the fun, easy to drive qualities of the smaller athletes in the family. Make no mistake, the Tiguan is no sporty hatchback, but it doesn’t drive like a truck either. Turn-in is delightfully quick and whilst the steering is slightly overboosted, there is still a faint pulse of feel and feedback. On the downside, the turning radius is the only thing that truly gives away this vehicle’s size. It’s not bad, just not as great as the agility you’ve had a taste of when you first drive it. That being said, this vehicle turns remarkably well for you to zip through parking lots and the guts of most cities. 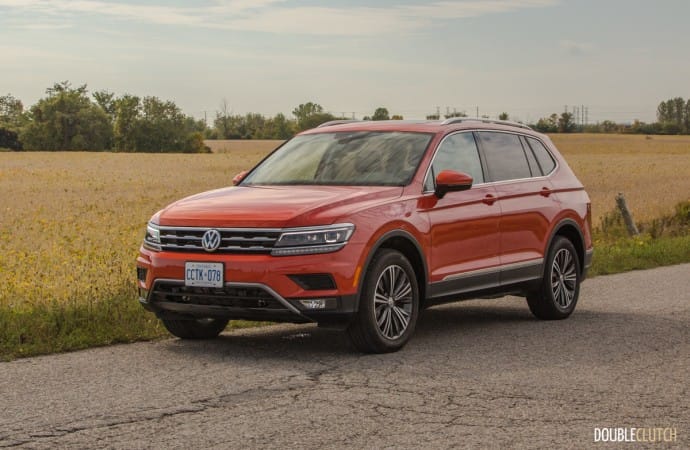 As we climbed up a dirt road to settle into our cottage for the weekend, the suspension proved its worth by absorbing some rather nasty potholes and ruts without jarring the occupants too badly. Combined with the Volkswagen 4MOTION all wheel drive system, the Tiguan managed to pull through seamlessly without any noticeable wheel slippage across the wet leaves and muddy trails. For most folks short of the hardcore rock crawling audiences, this Tiguan is more than capable of hauling your crew through imperfect roads and conditions, especially when mounted with the proper tires for the occasion.

The equipped Driver Assistance package meant that the car came with Adaptive Cruise Control, Lane Assist and Park Distance Control. The PDC includes both front and rear proximity sensors, and a 360-degree view camera. When coupled with large sideview mirrors and very strategically-placed B-pillars, the visibility from the driver’s seat is incredible, giving the driver a supreme sense of surroundings. Further improving the situational awareness are the headlights that can turn up to 13 degrees  to follow steering angle input as you sweep through the country roads at night. Given the amount of swooping bends and twists we found in cottage country, this feature is a god-send for those us not wanting to have a close encounter with wildlife or misplaced objects on the road. The Tiguan simply inspires driver confidence by giving you the trifecta of visibility, a well-rounded suspension and a very capable drivetrain. 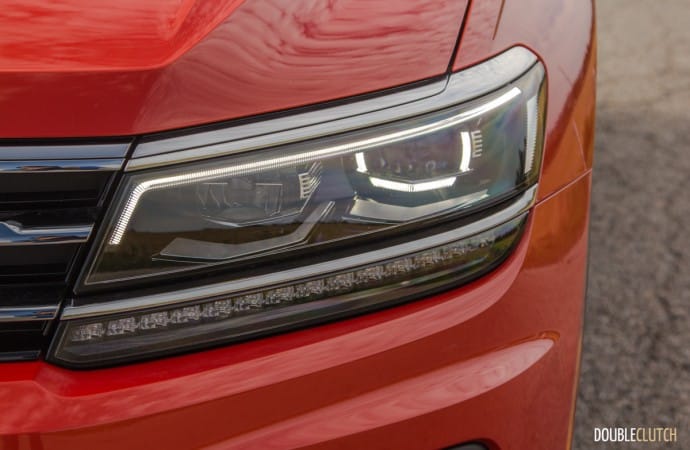 Equipped with a 2.0L, turbocharged TSI engine, the Tiguan pulls at a rate of 184 horsepower with 221 lb-ft. of torque. While that might seem to be little for a vehicle of its size, real world performance is quite respectable. On the return trip back, we had to pass multiple vehicles, and the Tiguan did so albeit with some slight effort. On the plus side, whilst the published fuel economy figures are 10.6 L/100km city and 8.7 L/100km highway, I easily managed to utterly demolish these values with a combined total of 7.8L/100km throughout my whole week with it. Granted that we piled on 650 kilometers of highway driving (which at one point yielded as low as 7.2L/100km) and only about 50 kilometers of city. With some strategic use of the right foot and the Eco-Mode, these published values are easily attainable.

One odd quirk with this engine and transmission is that it seems to bog ever so slightly on take off from a dead stop. Almost as if the car is asking “You sure?” before happily complying. The brakes are also a minor weak point as they take a decent amount of foot travel before they truly bite down hard and once again, reveal that you are driving a crossover. Either way, these are truly minor nitpicks for an otherwise spectacular package. 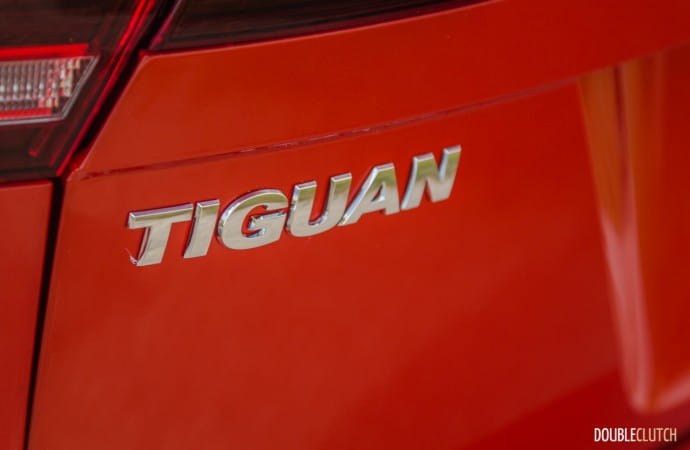 At an as-tested price of $43,121 (the only option added being the Driver Assistance Package), the Tiguan has the standard German price bump that is consistent for vehicles throughout Volkswagen’s lineup when compared to its rivals. Like most well engineered products from the Germans, the devils all in the details. With fantastic fuel economy, storage capabilities, a subtly great drivetrain and suspension, commanding safety features, the 2018 Tiguan absolutely must be on your shopping list if you’re looking for a vehicle to haul around five passengers plus cargo comfortably. Every dollar spent on the Tiguan is value added with this new redesign – you get what you pay for. This car is a massive gauntlet being thrown down by Volkswagen to the rest of the competition: the Tiguan is not to be dismissed. 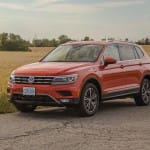 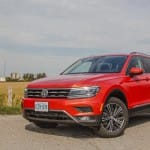 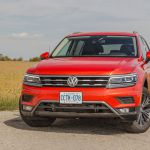 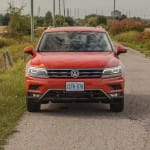 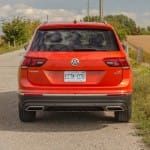 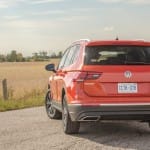 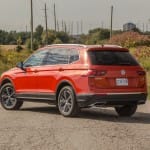 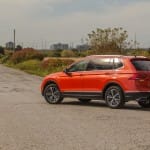 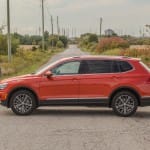 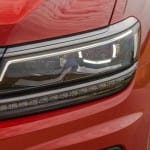 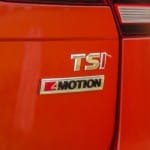 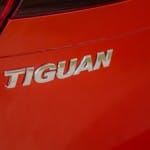 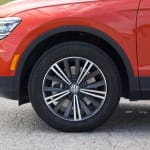 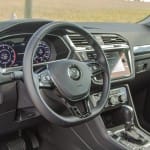 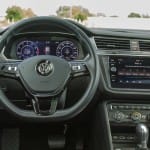 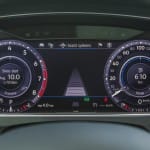 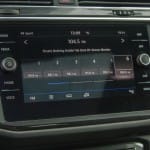 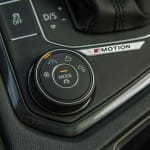 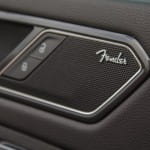 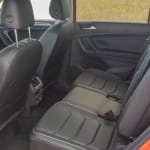 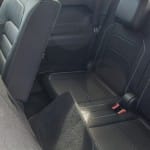