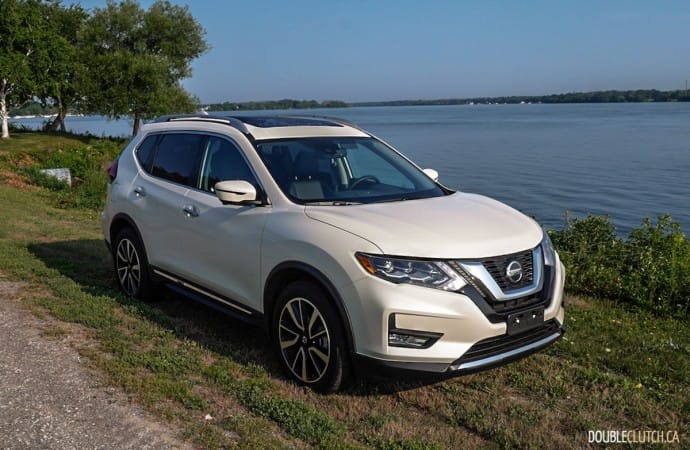 The 2017 update to the Rogue gave it some much-needed refinement and this carries right over into 2018.

The compact crossover segment has been the number one volume segment in Canada for several years now, as more and more buyers deflect from the traditional family sedan. The reason is simple; crossovers offer a high seating position giving drivers a commanding sense from the cockpit, ample cargo space, and most of them have the standard or optional all-wheel drive giving added confidence in winter. Some manufacturers such as Ford have decided to abandon most of their sedan lineups and focus on developing their SUV, crossover, and truck lineups. 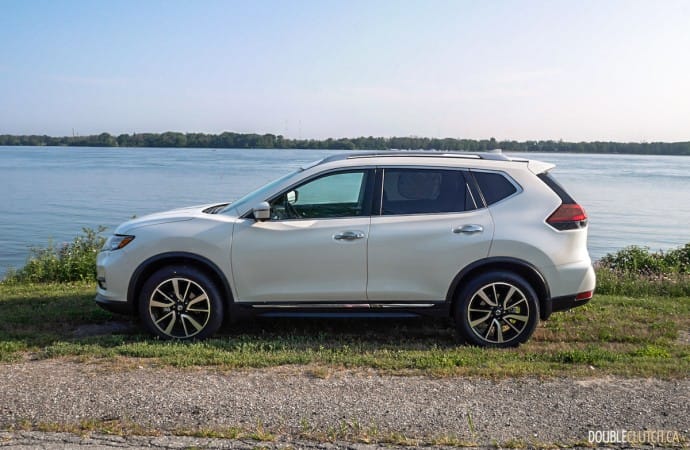 One of the top sellers in this highly competitive segment has been the Nissan Rogue. Many of us at DoubleClutch.ca prefer the Rogue to its competitors for the amazing value it offers and what used to be a class-exclusive third row option until the Volkswagen Tiguan (reviewed here) came about. For 2018, one of the biggest changes to the Nissan Rogue is that it is no longer offered with third row seating as an option. We spent a week with the 2018 Nissan Rogue SL Platinum with ProPILOT Assist to see whether it can still stack up well without its main advantage.

The SL Platinum ProPILOT Assist is the highest trim level in the Nissan Rogue lineup. Although no one would think it is an attractive looker, the 2017 facelift gave the Rogue some necessary refreshment to stay relevant. The fascia follows Nissan’s V-Motion grille design, along with LED headlights and daytime running lights, and chrome accents on the front bumper. The SL Platinum ProPILOT Assist adds a set of 19″ aluminum wheels wrapped with P225/55/R19 all-season tires, which complete the chrome-and-black accented look. As such, the Rogue remains a fine looker amongst its peers. 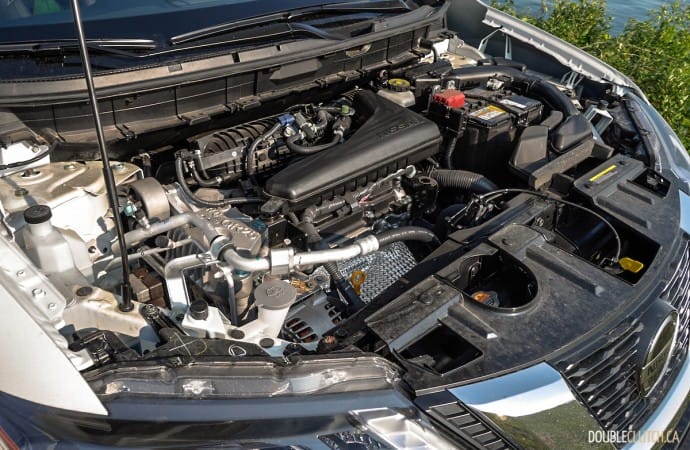 All Nissan Rogues come with a 2.5-litre DOHC four-cylinder engine, producing 170 horsepower at 6,000RPM, with torque of 175 lb-ft. at 4,400RPM. Power is sent to the wheels through an Xtronic CVT. The powertrain feels more refined since the 2017 refresh, offering a quieter and smoother ride than the pre-facelift model. However, a new powertrain would be welcomed as this current engine (codenamed QR25DE) has a peaky torque delivery that forces the engine to maintain a medium to high rev to extract usable power. It brings a coarse and unrefined experience to an otherwise comfortable interior when compared to turbocharged peers.

The Rogue’s ride quality is excellent, which was surprising when I noted the oversized 19” wheels on the spec sheet. Handling is responsive and the car feels lighter than its 3,668-pound curb weight suggests. Although improved since the 2017 mid-cycle refresh, I would still prefer to have more steering feel as the Rogue’s steering feels at times too light. Steering feel aside, the Rogue is a capable city car, requiring no more than three-points for most U-turns and visibility is excellent out front. The SL Platinum ProPILOT Assist trim comes with a 360-degree view camera to help with moving in and out of tight parking spots. 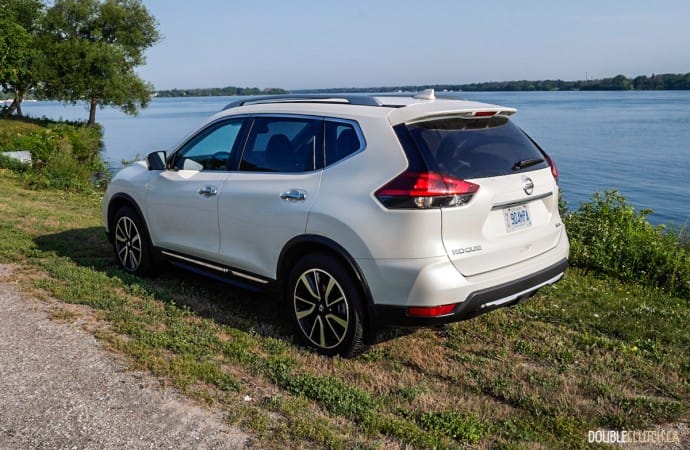 Despite the complaints about having to keep the revs higher than I would like to on city drives, it gave me a pleasant surprise when I checked its fuel economy. Our week’s test was mostly spent driving at city speeds and a congested weekend cottage commute. The result was an observed 10.3L/100km, which is not far off from Nissan’s estimated 9.7L/100km in the city. Nissan estimates 7.4L/100km on the highway for this model. The Nissan Rogue’s fuel tank capacity is 55 litres and it will accept regular grade fuel.

The Rogue’s interior is spacious and comfortable. The panoramic sunroof, standard on this trim, allows the cabin to feel bright and airy. The eight-way power driver’s seat kept me comfortable even after a three-hour road trip. The infotainment system is easy to use with physical shortcut keys next to the seven-inch touchscreen, although the screen resolution could use an upgrade if the Rogue would like to keep pace with newer models in the market. 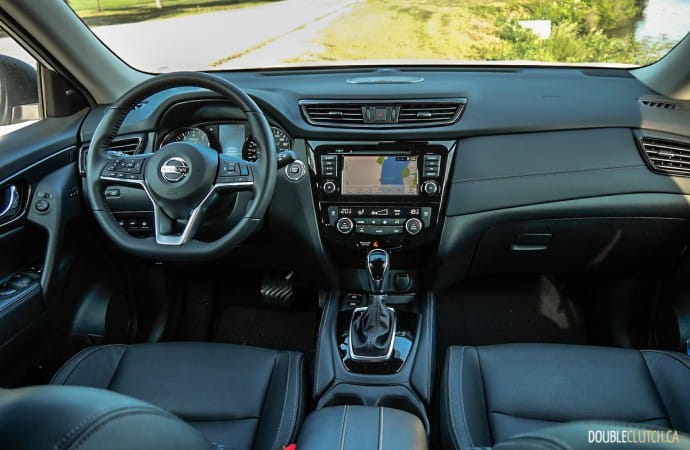 Apple CarPlay™ and Android Auto™ are now standard on the 2018 Rogue. The SL Platinum ProPILOT Assist trim comes with Bose Premium audio system with nine speakers including dual subwoofers with excellent sound quality. A brilliant Divide-N-Hide® cargo system allows you to split the 1,112L rear cargo space into half with a shelf. The shelf is sturdy enough to hold meaningful weight. For those who wish to tow with the Rogue, it has a max towing capacity of 1,102 pounds. 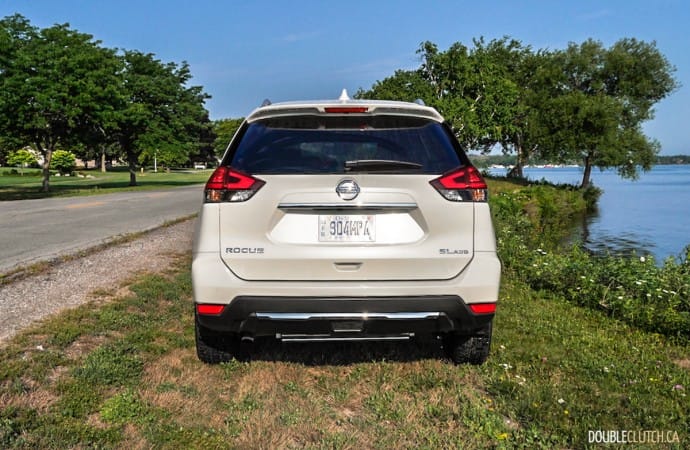 As the trim level suggests, our test car was also equipped with ProPILOT Assist, which includes Intelligent Cruise Control with full speed range and hold, Steering Assist, ProPILOT Assist, and electronic parking brake. The system, when engaged, allows the Rogue to follow the car ahead, keeping a preset distance and even steer for you to keep you in the lane.

When evaluating the system, I found that the Rogue did a good job following the speed of the car ahead and keeping its preset spacing, however the steering assist response was a bit delayed, causing the car to inch closer to the pavement markings than one would like. Overall the system does a good job assuming some of the driver’s duties but it is not to be mistaken as an autopilot system. 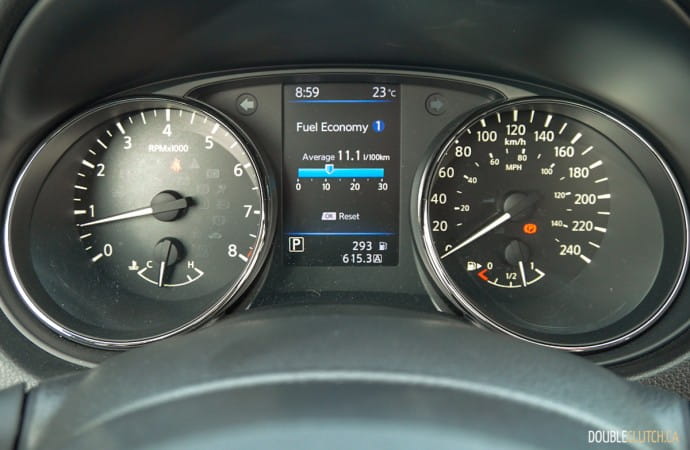 Pricing is often the most important deciding factor for buyers in the compact SUV segment, and the Nissan Rogue excels in this factor, offering excellent value amongst its competitors. Base model front-wheel drive Rogues start at $26,298, and the SL Platinum ProPILOT Assist model starts at $37,098. My test car is painted in Pearl White, a $300 option, bringing the as-tested price to $37,398.

At the current price, even without dealer incentives, it offers tremendous value to most of its main competitors such as the Honda CR-V Touring (reviewed here) and the Volkswagen Tiguan Highline. However, both the CR-V and the Tiguan offer a more refined ride with their turbocharged engines and updated infotainment interfaces, hindering the Rogue’s value-oriented charm.

The 2017 update to the Rogue gave it some much-needed refinement and this carries right over to the 2018 model year. Despite being long in the tooth, it continues to offer strong value for its ride comfort, safety and technology features. We figure the Nissan Rogue will continue to be a strong volume seller in the compact crossover class for the next couple of years, until the next generation gets released. 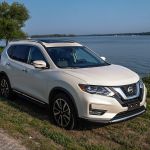 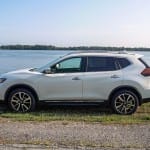 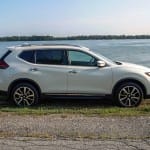 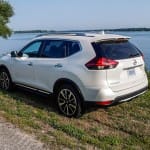 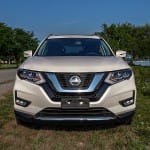 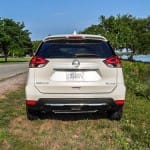 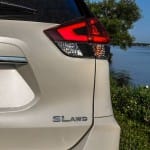 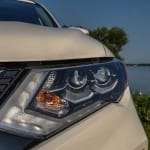 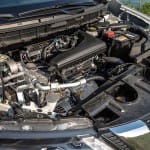 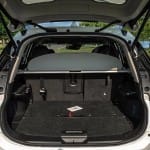 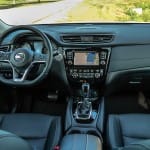 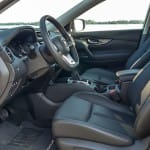 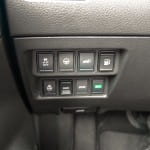 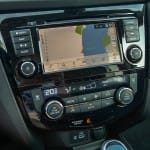 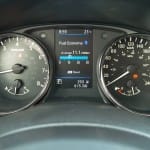 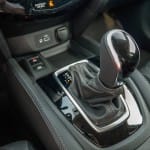