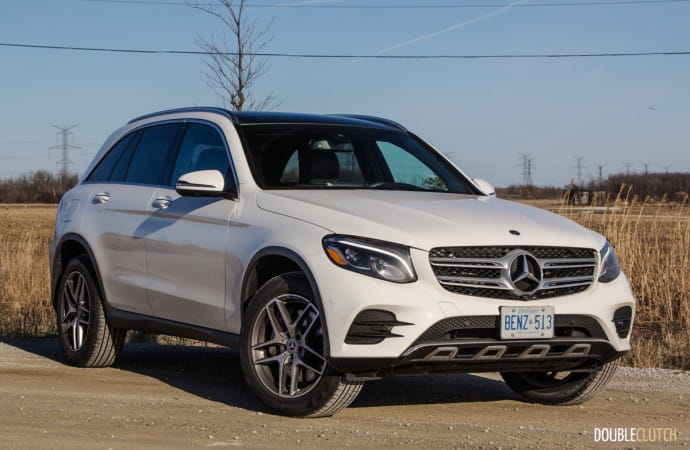 Mercedes-Benz has been playing in the compact crossover game for quite some time now.

The boxy GLK was replaced by the GLC for the 2016 model year, and at the same time also ditched its punchy 3.5L V6 for a boosted four-cylinder. A couple of years into its model cycle, the GLC now offers two distinct body styles including a coupé, and four different engines. We jumped behind the wheel of a 2018 Mercedes-Benz GLC 300 4MATIC, the volume seller, to see just how relevant it has remained. 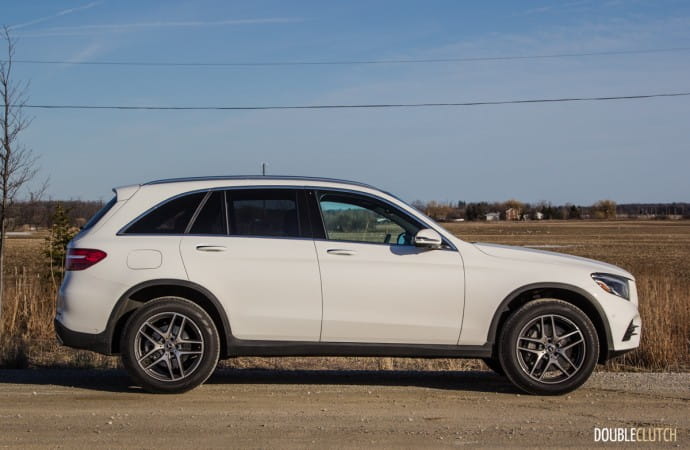 The past year has shown full platform overhauls for the GLC 300’s two major competitors, the Audi Q5 and the BMW X3 (reviewed here). When it first showed up as a 2016 model, it was easily the must-have choice in its class, but its competition has since caught up. The GLC 300’s rounded styling remains elegant and true to the remainder of the Mercedes-Benz family, bearing a very obvious closeness to the C-Class with which it shares a platform.

Subjectively, the GLC is definitely one of the lookers of the segment, and our conservative white test vehicle may not stand out dramatically, instead bearing an understated look that works to its advantage. The LED headlights look sharp with a stylish strip for daytime running lights, and the overall profile is sharp. Various wheel designs are available depending on package choice, but visually, the muscular Mercedes-AMG GLC 43 and GLC 63 are the ones to have, with flared body panels, large wheels and exhaust setups. The interior of the GLC 300 is fairly standard issue Mercedes-Benz, with good fit and finish as well as high quality materials. Our tester was equipped with the Dark Ash open-pore wood trim (an extra $250 well worth it), which is my personal favourite of the available finishes in this line. Unlike the glossy piano black trim that’s quite popular, the open pore wood looks and feels nice to the touch, and doesn’t show fingerprints or scratches nearly as much. Head and legroom is quite generous for front occupants, and two adults will have no issues staying comfortable in the rear.

Infotainment is accessed via a combination touchpad and rotary dial, which can be confusing. First time users of the system may face some redundancy as your palm may toggle some commands on the touchpad while your fingers are trying to use the rotary dial. The touchpad can indeed be disabled, and after spending some time with the system, we had zero issues and have come to like its operation. While other models in the Mercedes-Benz family have gotten this update, the 2018 GLC 300 soldiers on without Apple CarPlay connectivity at this time. 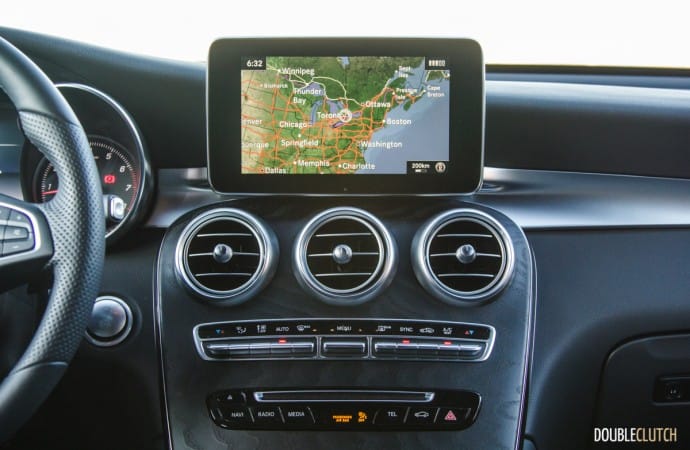 The driving experience is where the GLC stands out over its X3 counterpart. The Mercedes-Benz 2.0L turbocharged-four is a punchy unit, easily outclassing BMW’s B58 for both response and quietness. This isn’t the segment you shop in for raw performance, so the 241 horsepower and 273 lb-ft of torque, while nothing to scoff at, isn’t the essence of this powertrain. The nine-speed automatic works so darn well to ensure you’re in the right gear at the right time, making highway passes and acceleration absolutely effortless.

It still feels like a four-cylinder, but the GLC 300 is so receptive to pedal inputs that it really doesn’t matter what’s under the hood. The chassis is well sorted and absorbs poor road quality with ease, and the suspension soaks up uneven pavement in a refined manner. The steering is pretty good, and the 4MATIC system did an amicable job keeping the car where it needed to be when tackling the remnants of the season’s last ice storm. 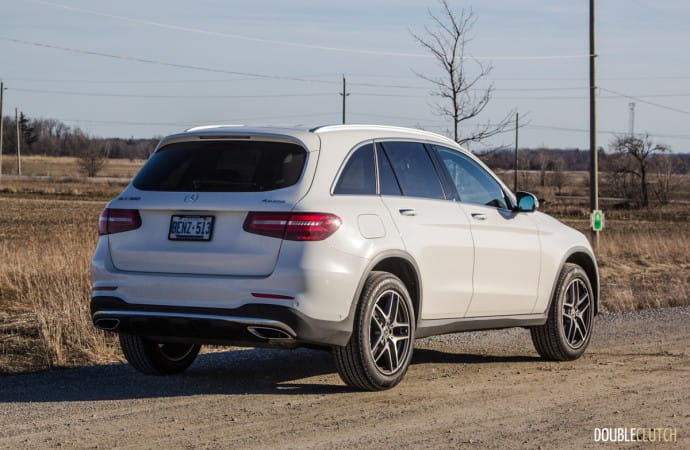 Rated for 11.1L/100km city and 8.6L/100km highway, we had no issues seeing a test average of 10.6L/100km over approximately 500km with the GLC 300. The vehicle is rated to operate on 91-octane premium fuel, and the nine-speed automatic combined with other fuel saving measures such as an idle stop/start system contribute in favour of efficiency. The tank capacity, at just over 65L, is right where it should be for a premium crossover of this size.

Canadian GLC 300 models start at $45,900, perfectly where it should be. Our test vehicle was loaded to the gills, coming with packages such as a Premium Package ($5,500), which adds LED headlights, a panoramic sunroof, navigation, and an intelligent key system. A Premium Plus Package ($2,700) adds more, including ambient lighting, a 360-degree camera, powered and memory front seats and steering column, and an integrated garage opener. Finally, the $1,500 Sport Package adds an AMG styling package, 19″ wheels, and blacked out roof rails. Factoring in that Mercedes-Benz charges $250 standalone for a heated steering wheel, the total sticker on our test vehicle pushed the $56,000 mark, nearly fully loaded. 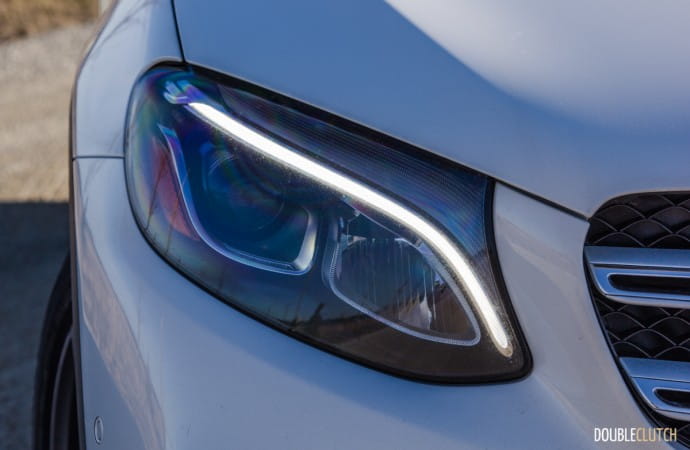 Within the GLC line, the SUV is the one to have if practicality is the name of the game. Those who dig the styling of the coupé can waver in that direction, but the majority of buyers will find a very suitable home in this very configuration tested here. A plug-in hybrid (GLC 350e) is offered for those whose commutes could benefit from some electric-only range, and on the other end of the spectrum, Mercedes-AMG offers both the GLC 43 and the fire-breathing GLC 63. The GLC 43 in SUV form is my personal unicorn, and though legitimate contenders like the Audi SQ5 (reviewed here) and BMW X3 M40i exist, its charm is undeniable.

The one underdog here that somewhat competes with the GLC 300 comes from inside the Mercedes-Benz family, and that’s the C 300 Wagon (reviewed here). In a day where every single automaker is competing for more market share within the crossover segment, the Germans stubbornly and confidently still offer the traditional station wagon. In this case, the C 300 is nearly just as practical as the GLC, sacrificing minimal space, and is more planted to drive thanks to its lower stance. At the end of the day, the GLC crossover will have no issues being the stronger seller, but there are those who will opt for the traditional long-roof. 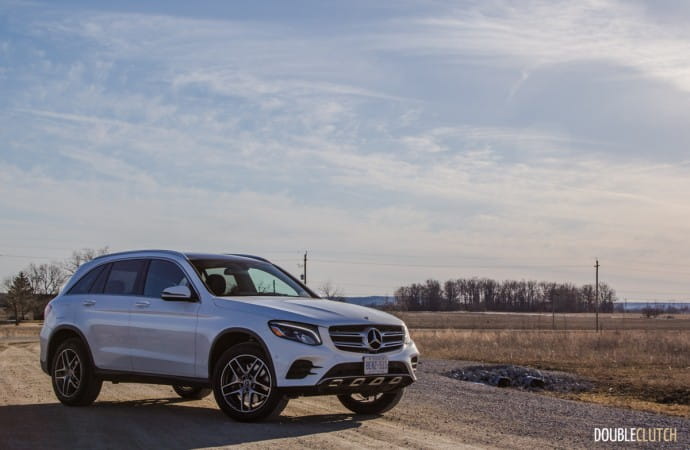 Both on its own and against the other players, the 2018 Mercedes-Benz GLC 300 4MATIC has no issues staying relevant. It sells extremely well in every market it’s offered in, and many GLC buyers we have come across are more than happy with their choice. The wraps have come off the mid-cycle refresh for the C-Class for the 2019 model year, so it’s inevitable for an updated GLC to follow very closely. If the existing model is any indication, the next one will be another success. 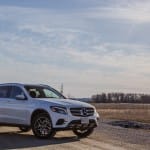 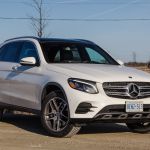 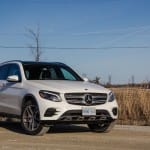 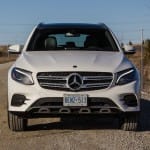 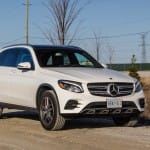 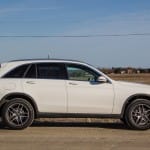 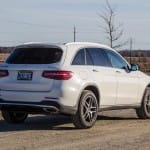 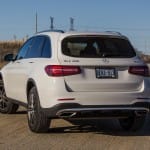 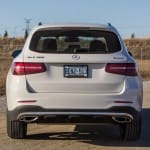 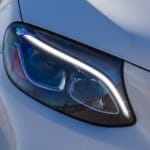 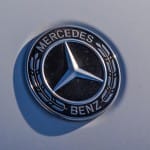 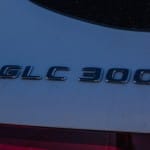 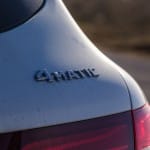 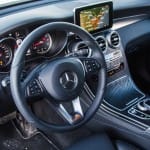 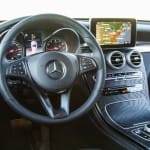 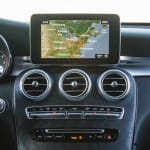 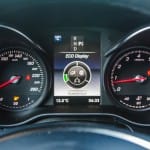 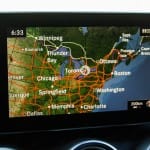 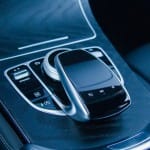 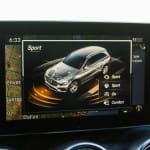 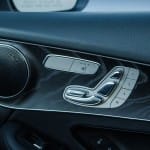 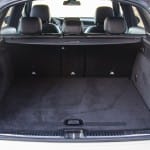