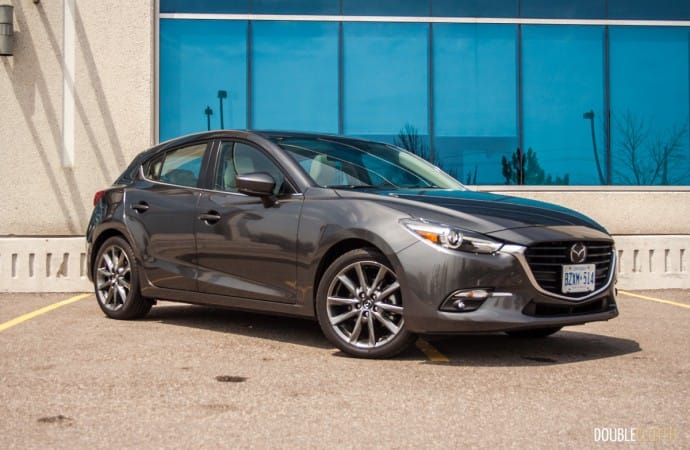 The GT offers a package that is both high-end in refinement, comfort and driving joy.

With the current trend of SUVs dominating the family car market, the compact and midsize car markets have seen a hit in their sales numbers. As much as accountants might declare the death of the four door car (I’m looking at you Ford), doing a bit of a deep dive into population statistics show that more and more people are having kids later on in life, which means there actually is a gap between someone getting their first full-time job and when they actually get married and eventually have kids. 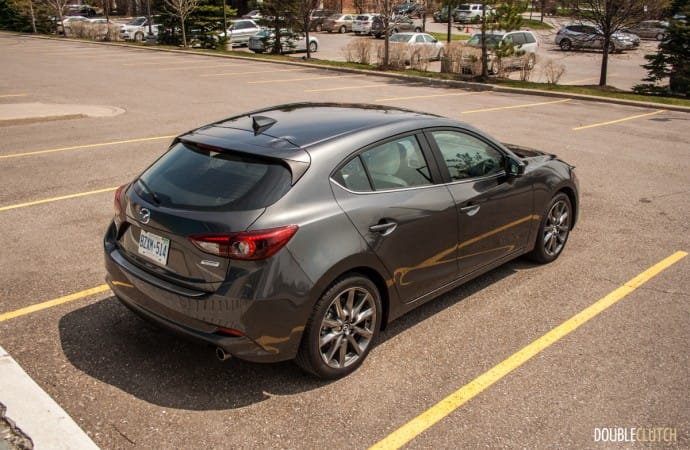 Where am I going with this? Well, to many, a mode of transport is a symbol of their position and in their career and life, and compacts, like our 2018 Mazda3 Sport GT, can make for a great promotional personal “I have a place” statement in comparison to “I have arrived”. On the outside, the Mazda3 Sport GT with its Machine Grey Metallic paint looks like any other 3 hatchback. It has continued Mazda’s evolution of the brilliant Kodo “Soul of Motion” design from the aggressive headlight curves that flow across the length of the vehicle right into the taillights. The car looks competently a singular entity with no odd bits.

Our tester was a uniquely packaged with the Premium Package trim but with the brilliant Mazda six-speed manual, staying true to the “Driving Matters” motto. Contrasting the grey outside bodywork, the inside is adorned with off-white leather, which offers a very pleasant and upscale contrast. This adds a layer of deception to the vehicle which is sure to impress anyone. From the seemingly high-end materials adorning the doors to the clean cuts of the dash, the interior of the Mazda3 might appear similar to the base model, but everything feels cleaner and posh. 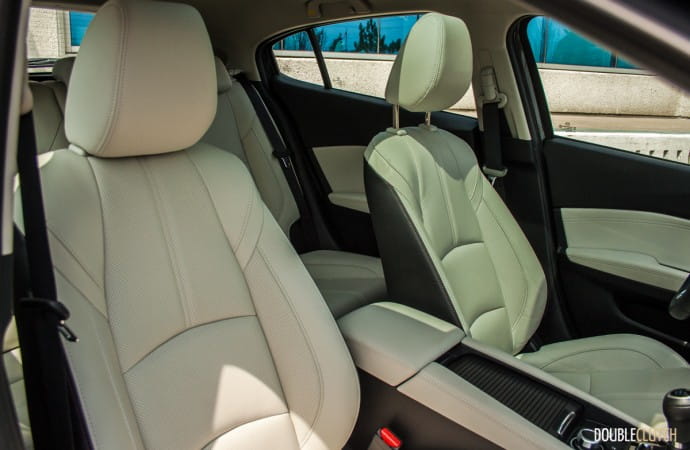 That is, except for the piano gloss black plastic trim that adorns part of the lock controls and surrounding the gear shifter. I’m not sure why Mazda opted for such a finish but it attracts dust, fingerprints, and would drive anyone to constantly keep wiping it down. So close Mazda – so close.

Aside from this, everyone else who stepped into the Mazda3 with me remarked how the whole experience feels very upscale. Rich leather surfaces adorn the sides of the door and extend into the seats, which are firm yet comfortable and the color blends wonderfully with the headliner. The headliner is one that fools you into thinking you’re in a brighter vehicle and thus appearing more open and spacious. 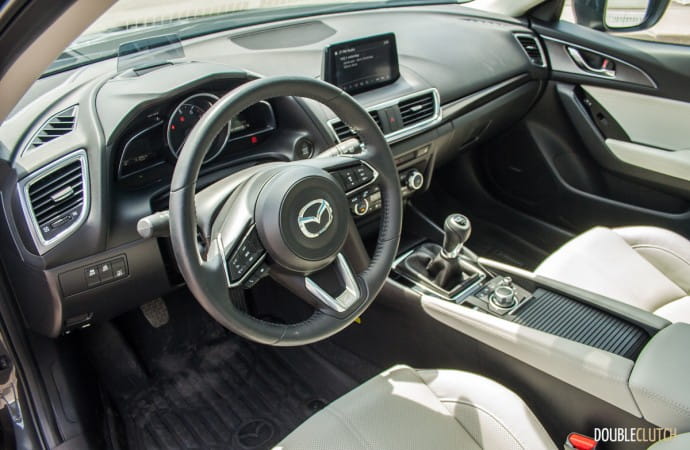 The sightlines from the driver’s seat are wonderfully clean, with no guessing required as to where the front corners of the car are. Going back to that sensation of feel is the fact that you are left with a sensation of comfort, security and control. Speaking of which, everything you would need to adjust is well within reach of the beefy heated wheel. Sound insulation on the Mazda3 is done extremely well and there seems to be a noticeable upgrade to the acoustics on the inside.

This doesn’t mean to say that Mazda skimped and cheaped out on a touchscreen though. Located dead center of the car is the monolithic 7” touchscreen which allows you to delve deeper into the car’s displays, audio, navigational and car settings. As of this current writing, Android Auto and Apple CarPlay are not supported yet but Mazda has told us that they will be rolling out updates to new cars and even slightly older ones equipped with the same infotainment system. While the existing system does a fine job with Bluetooth connections, it simply doesn’t offer the same level of perks that Google and Apple offer in their systems. Good on Mazda to understand this and still offer the potential for this option. 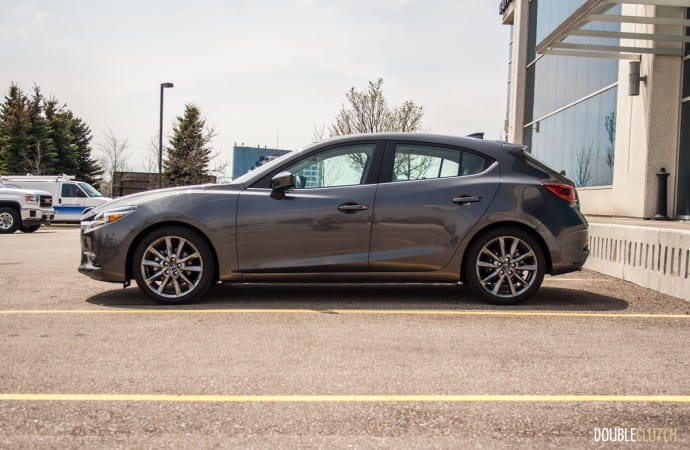 Exclusive to the GT trim is the SKYACTIV-G 2.5L, dual overhead cam, four-cylinder. On paper, this engine’s output is a healthy 184 horsepower at 5,700 RPM and 185 lb-ft. of torque at 3,250 RPM. For those of you wondering how this compares to the lower grade Mazda3 engine, it means more immediate and urgent delivery of movement at all engine speeds. Even fully occupied and with cargo in the back, the Mazda3 GT hustled up to highway speeds extremely competently and smoothly without having to scream.

The best part of the dual nature that is SKYACTIV, the combination of the six speed shifter, transmission and engine can easily net you both fuel economy or fun – both in plentiful amounts. Should you choose to be environmentally friendlier, shifting no higher than 2,000 RPM will yield great fuel economy. However, when you decide to rev it past the 3,500 RPM mark, the engine feels like it wakes up and pulls harder yet maintaining the same composure throughout the powerband, never truly feeling like its about to gasp. 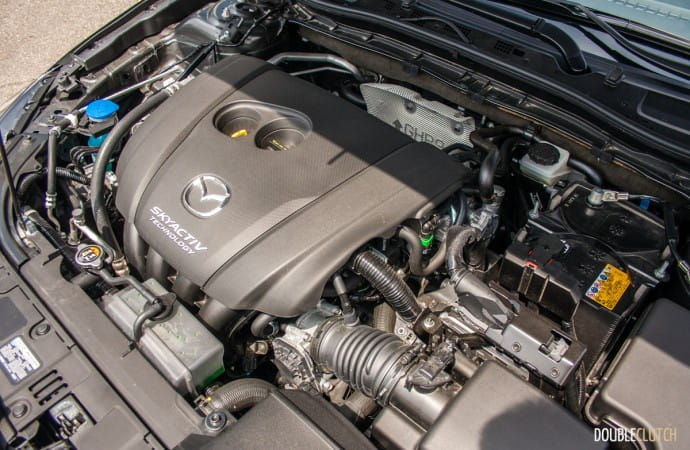 During our week with it, a combination of both weekday light footed city driving, hard highway pulls and several runs across the Golden Horseshoe area on the weekend, I averaged about 7.7L/100km. Compared to the officially rated numbers of 9.0 and 7.0L/100km (city/highway, respectively) I’d almost say Mazda is understating how good this car is capable of sipping gas. Should you choose not to rev it hard, those numbers are easily reality.

Speaking of revving the car, as one of the last disciples of the the way of the three pedals, I thoroughly enjoyed rowing through the gears. Shifts are positive and crisp with a slight notchiness as you slot into gear. There is no vagueness as to where each row and gear are and you intuitively know when you’re in. The only issue I have with the drivetrain is that it seems to be equipped with a super light flywheel. 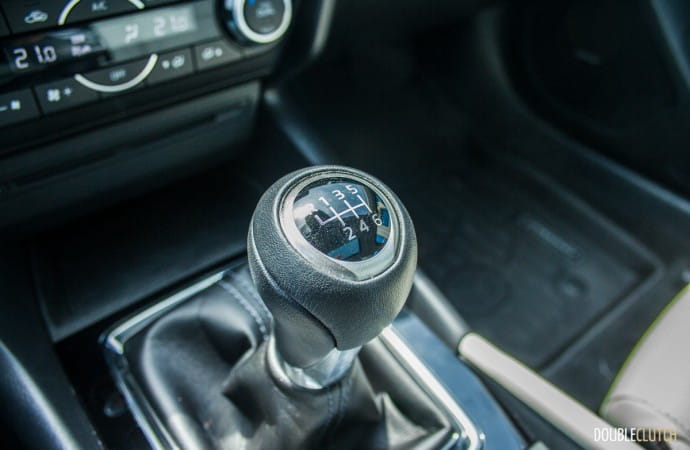 At high revs, this is perfect. Hard shifting is rewarded with good wheel and engine speed match. On the other end though, when gunning for fuel economy, the revs simply drop way too quickly. A minor gripe to an otherwise phenomenal manual shifting experience. For those of us who are avid track day enthusiasts, one can even say this is a racecar-like downfall one would have to live with.

Continuing that DNA, the suspension the GT is expertly damped leaning towards this side of firm-but-still-comfortable. Travelling through Toronto’s potholes did not make any of my passengers lose any teeth fillings and nor did cracks in the pavement disrupt our conversations. Huck the vehicle into an onramp and you will genuinely smile at how well this car wants to hug it. I’m almost willing to say that the engineers behind this suspension setup borrowed a lot from the MX-5 (reviewed here). Or heck, maybe it was vice versa. 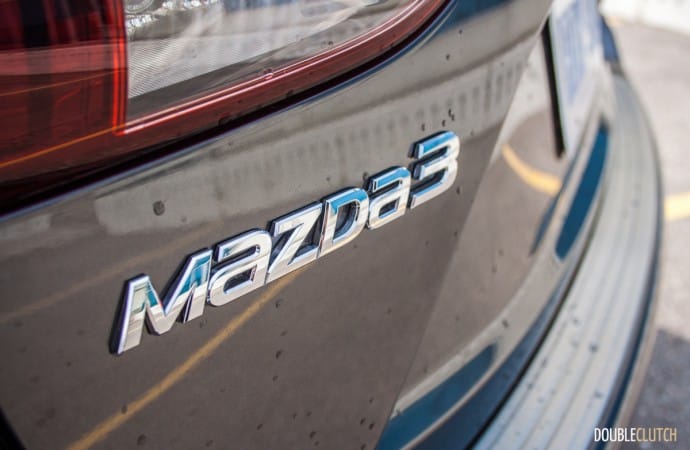 Armed with just over 570L of hatch storage with the rear seats up and over 1,330L with the seats down, this hatchback is more than capable of hauling anything a single person or even a dual income no kid couple would require most of the time. At a MSRP of $29,501, this car is financially a bigger step compared to a subcompact but as mentioned, as a symbol of moving up in life and now having established fiscal stability. The GT is a trim level that is both upscale without encroaching too badly into midsize levels yet still offers the same perks one would get in those sizes.

Stalwart ‘equivalent’ competitors like the Honda Civic EX-T and the Toyota Corolla SE (reviewed here) seemingly offer a better fiscal alternative but look closely and you’ll find both are underpowered (especially the Corolla). When it comes down to pure driving enjoyment as part of the package without going into the enthusiast territory, the GT offers a package that is both high-end in refinement, comfort and driving joy. The 2018 Mazda3 Sport GT is a “I have a place” statement from this car manufacturer. Well done Mazda. 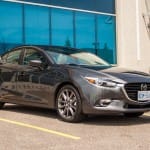 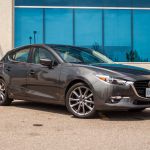 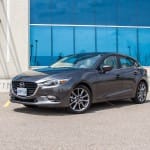 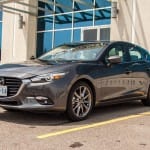 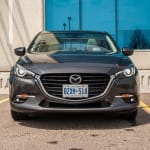 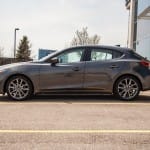 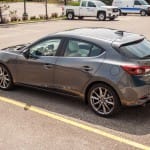 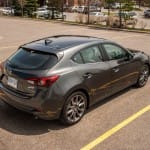 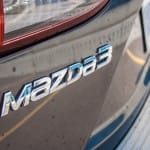 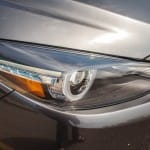 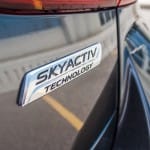 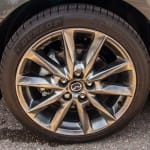 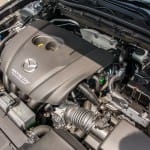 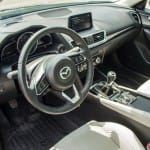 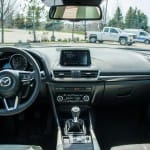 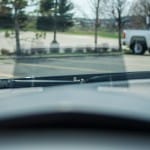 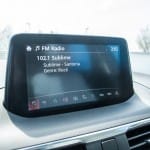 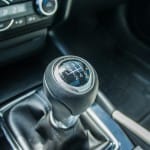 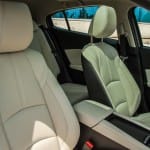 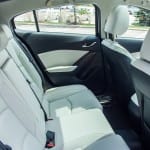