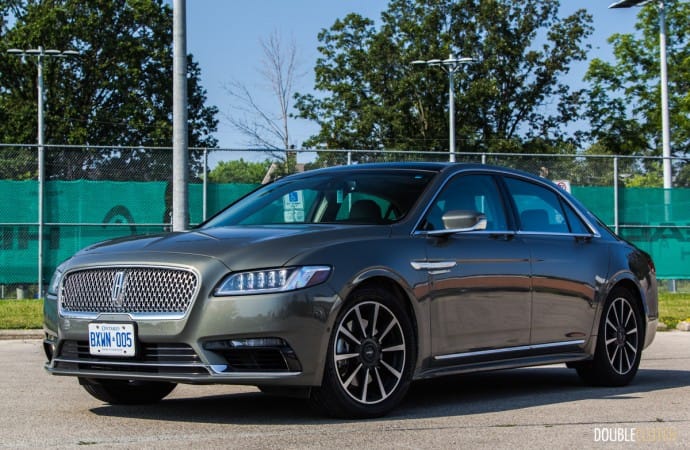 It would be no surprise to see more of these vehicles on the road given its balance of luxury, price tag and ride quality.

“Entry level luxury” is a paradox; the definition of luxury is “the state of great comfort and extravagant living”. How can this be entry level? Yet this is the market the 2018 Lincoln Continental Reserve is aimed at, to replace the now-departed MKS. At a starting price of $53,551 for the 200A trim, the Continental has the best starting price amongst its brethren: the Lexus GS 350, BMW 5 series, and last but not least, the Genesis G90 (reviewed here). Should the word “basic” be taboo to you, indulgence can be had with various interior and mechanical upgrades which tops out our test vehicle, the Reserve wrapped in Jade Green metallic paint, at a healthy $75,050.

Almost akin to a Bentley, the Continental has a front grill that is both pronounced yet understated. Composed of what appears to be Lincoln logo shapes in a staggered formation, the grill in combination with HID headlights, LED accent and indicator lights gives the car a mature yet tastefully aggressive look. With a soft awakening of ambient welcome lighting coupled with side lights as you approach, the Continental greets you with handles blended into the chrome trim running the length of the car just beneath the windows. Its height and location just feels right and intuitive. 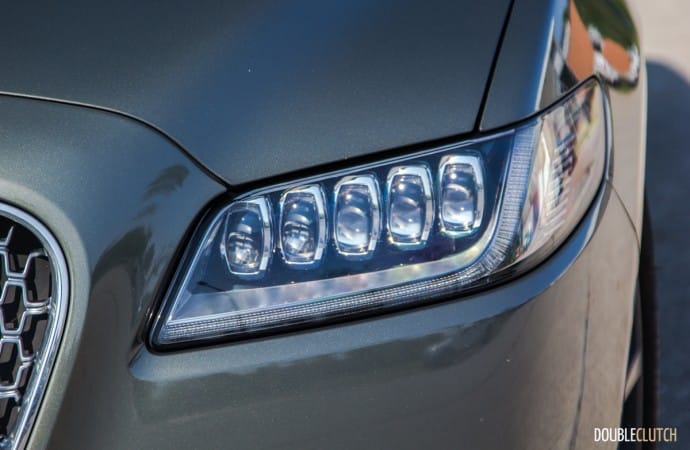 Move to the rear, however, and the Continental’s design seems to lose focus and almost feels stubby or chopped off. With taillights that don’t intuitively match the design of the headlights, the rear of the Continental is borderline forgettable. It’s as if the designers expected that you wouldn’t be looking at the back at all. Open the bootlid however and an abyss of a trunk stares back at you. Whilst no official volume numbers have been published by Lincoln, it is likely that four full sized pieces of luggage (or golf club sets) would fit back to back with some room to spare – great for livery use!

Indulge yourself into the twenty-four way “Perfect Position” adjustable power front seats, each equipped with a wonderful massage function for both the driver and the passenger – a pleasant surprise for long road trips. This is a stark difference to the sport bucket seats often offered by other manufacturers in this segment and will remind you of that long forgotten leather recliner. The LCD dash lights up to reveal all digital display gauges with a large 8” infotainment screen just out to the driver’s right hand. Running right below it are the HVAC controls dominated by a single large silver knob to control fan speed. 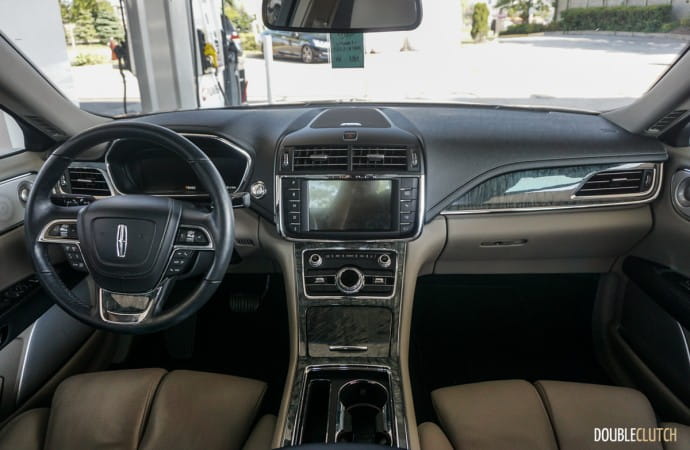 In contrast, a smaller piano black knob off to the left controls audio volume (also adjustable via the steering wheel) whilst a tuning button is off to the right. Bravo to Lincoln for resisting the use of the touchscreen for all of these functions. The LCD screen is large and easy to read in all lighting conditions thanks to it being deeply recessed into the leather stitched dash with chrome accents. Following the jade theme of its outer paint color, there are small slabs of dark grey-green jade splashed all over hard surfaces.

Once seated, you will notice some ergonomics in this vehicle are bizarre. The window control buttons are located at the very front of the arm rest and at 5’10, I’ve never felt like I’ve ever had to reach for window controls, yet here I was having to actively lean or twist my torso to reach the window buttons and the door locks. The Continental’s electric door releases are, to quote a fellow journalist, the answer to a question nobody asked. 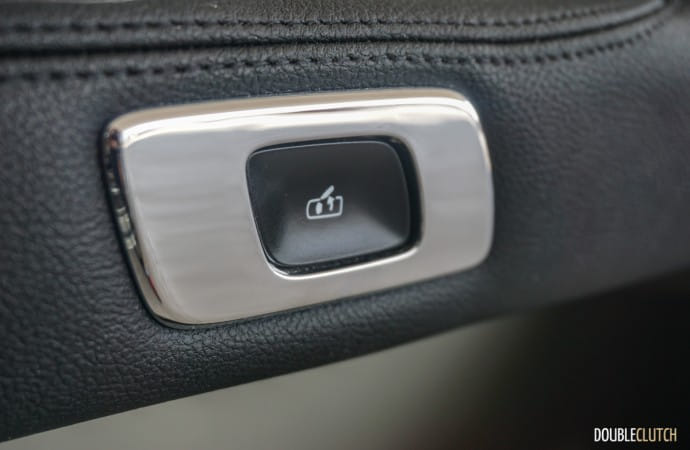 All four doors on the vehicle are controlled electronically by default, which are mechanical by default but actuated electronically. On the positive side, this means that the doors will always close with a solid thud without any rattling or clunk of the mechanism latching onto the door as it strikes the lock. It is one of the most satisfying door closing whump sounds and closes precisely as if by magic time after time.

But like all alchemy, fair trade must be had: instead of you pulling the familiar latch to open the doors, you must press a button to request for the door to open. The aforementioned exterior door handles has this button on the inside of the handle and the interior has a counterpart as well but I have yet to meet someone who intuitively found it on the first try. It’s simply not where one would think a taken-for-granted function of a door would be: slightly above your thigh level, recessed into the side of the arm rest. 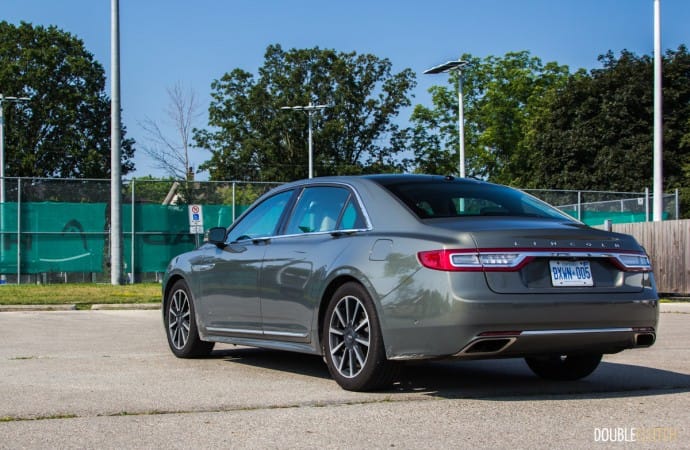 Reaching for this button can cause some contortion of your wrist if you like holding onto the door handle whilst opening the doors. With such a complicated mechanism controlling the doors, one can’t help but wonder how well this door opening mechanism would age. Lincoln silently answers this with a familiar object located in the cubby hole on the bottom of the driver’s side door: a manually-opening latch. This latch was nowhere to be found on the other three doors.

Weaponized with a 3.0L twin-turbocharged and direct-injected V6 engine pumping out 400 horsepower at 5,750 RPM and 400 lb-ft. at a baritone 2,750 RPM, our tester was not so much a bullet but rather an intercontinental ballistic missile. Weighing in at 4,224 lb., the Continental Reserve is a brute with a six-speed automatic transmission capable of punching out highway passes with ease and grace. Bringing the car into the city confines reveals some weaknesses with nervous gear shifting and on occasion, several hard shifts in bumper-to-bumper traffic. 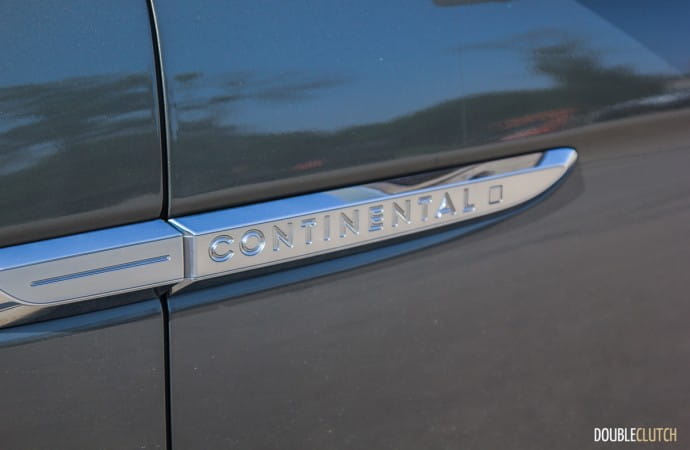 Turning the car into an alleyway reveals its bloated 42-foot turning circle thanks to the massive optional 20” wheels on our tester and the one-full-rotation allowed on the steering. Sight lines for most part are actually quite good with exception to the C-pillar over the driver’s left shoulder. Whilst the turning radius makes life harder parking this vehicle, the full complement of proximity sensors and 360 degree view cameras alleviates some of the difficulty.

The Continental does come with self-parking abilities (both parallel and perpendicular) but we were never quite able to get it working in the tight confines of a condominium parking lot. Chances are you will be parking this the good old fashioned way instead of wasting precious time repeatedly trying to get the car to recognize which spot you want to park in and how. 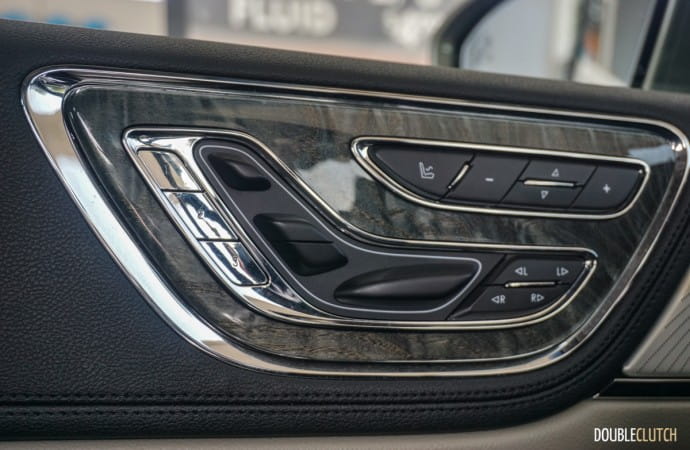 Take the Continental back to the highway and the steering feels responsive and competent as you mount the on-ramps or switch lanes to prepare your ground-and-pound with that delicious V6 – did I mention it has 400 horsepower? Further proving that this sedan is built for the open road, fuel economy is rated at 14L/100km in the city but a surprisingly efficient 9.5L/100km in the highway. For the ten days with which the Continental was under our employ, it yielded a decent 11.6L/100km combined average with 65% of it on the highways coupled with a fair mix of both blunt force and gentle grace of the right foot.

Equipped with the Continuously Controlled Damping system from Ford (capable of adjusting damping rates every 2 milliseconds), the ride in the Continental is silky smooth with only the worst of potholes and bumps providing a nudge to the vehicle’s mass. This makes for a very pleasant ride for long hauls unless you are over 5’8 in the back seats. Headroom is oddly enough, lacking in the rear with the seats recessed so far back in the vehicle that the rear headrests will force occupants heads into the rear windshield. With the way the rear of the car is laid out, the rear windshield has a surprisingly steep rake further compounding the rear headspace issue. That being said, the seats are once again a highlight and coupled with independent rear climate controls, makes this car a true highway cruiser. 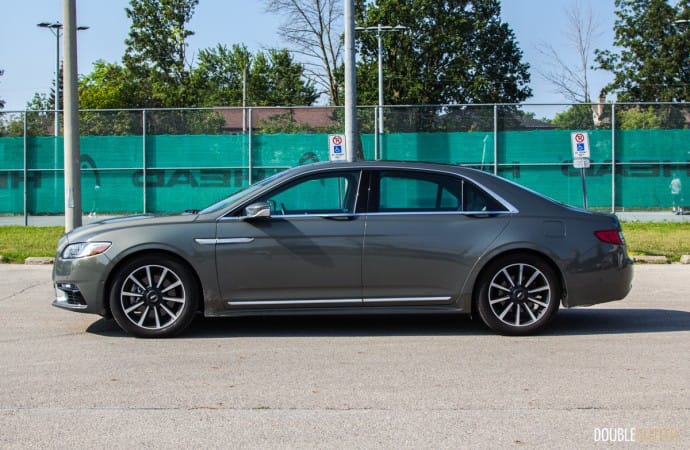 Walking away from the 2018 Lincoln Continental Reserve, I couldn’t help but think that this was a great car to be driven around in and fairly decent to drive, should you choose to do the work yourself. Given the competition in its class however, Lincoln could do well to follow through on all of its designs and mesh form and function more fluidly. As a whole, Lincoln has addressed its key market audience’s gripes about a loss of brand identity. They have provided an excellent vehicle to both entice old customers, yet affordable enough to bring in newer folks into this segment. It would be no surprise to see more of these vehicles on the road given its balance of luxury, price tag and ride quality. With a few minor design revamps, this vehicle could be poised to be an extremely value-centric entry into what is becoming a crowded segment. 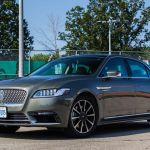 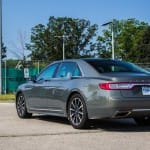 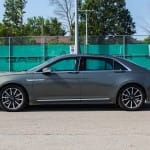 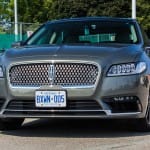 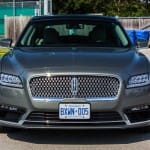 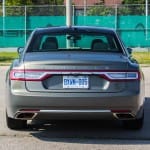 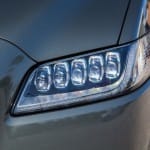 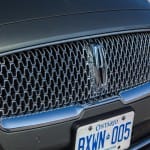 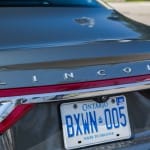 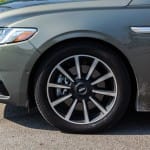 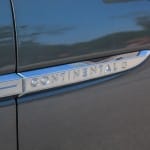 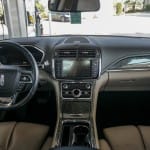 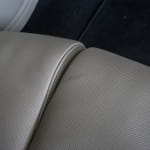 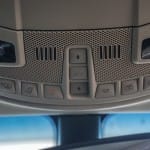 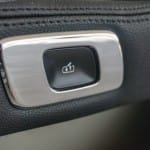 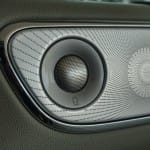 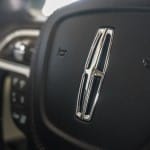 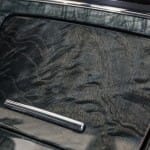 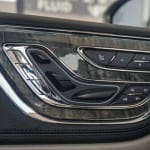