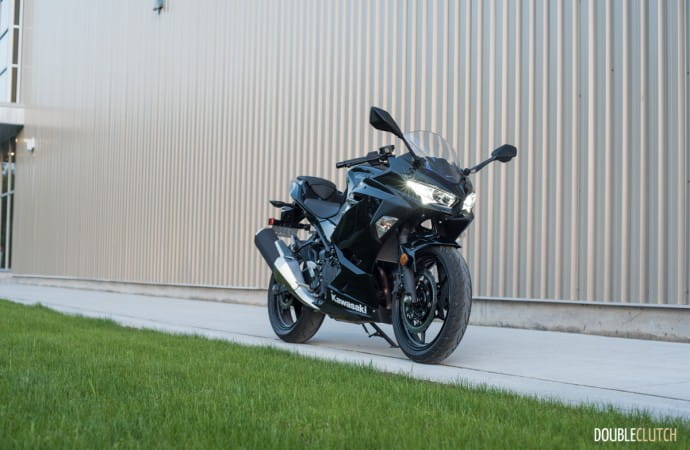 For the past week, I’ve been brought back to a humbler time in my life.

I first started my motorcycle career on a Kawasaki Ninja 250. At the time I felt the bike was pretty quick; having not experienced anything larger or faster – all I knew was that I was moving more quickly and nimbly than the cars around me. That said, I felt it was missing that extra bit of power when it came to getting onto the highway, like it needed another gear or just a touch more displacement. That’s where the 2018 Kawasaki Ninja 400 ABS comes in – this is the bike I wish I started riding on. 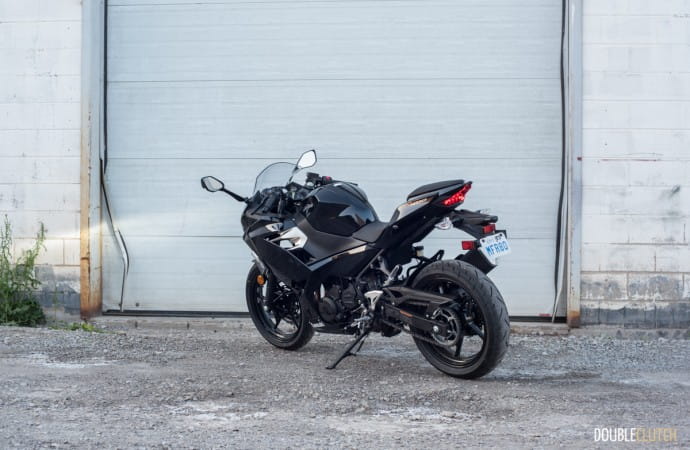 Weighing in at or 365-pounds wet, the Ninja 400 has shed a whole 20 pounds from its 300cc predecessor while gaining an additional 10 horsepower and 11 nM of torque at the same time. This puts the total engine output at just over 48 ponies and 38 nM of torque at 8,000RPM. Kawasaki managed to make this increase in performance and decrease in weight all while maintaining the same engine footprint in the 300cc. While the power and torque increases obviously come from the new engine, some of the weight savings are a little harder to find to the naked eye. The frame has been shrunk, and the fuel tank sheds 3L of capacity, down to 14L total. This still gives you around 300km of riding before you need to gas back up.

Some other upgrades over the previous generation 300 include beefier 41mm forks, LED lighting, and some upgraded styling. Personally, I’m a big fan of the new look, which almost gives the 400 the look of a miniature H2 (reviewed here). You won’t fool anyone into thinking it’s the supercharged monster, especially when you hear the slightly underwhelming exhaust note, but the styling cues are noticeably similar. Firing up the engine is greeted by a relatively quiet purr, but once underway the bike has a nice rumble to it. 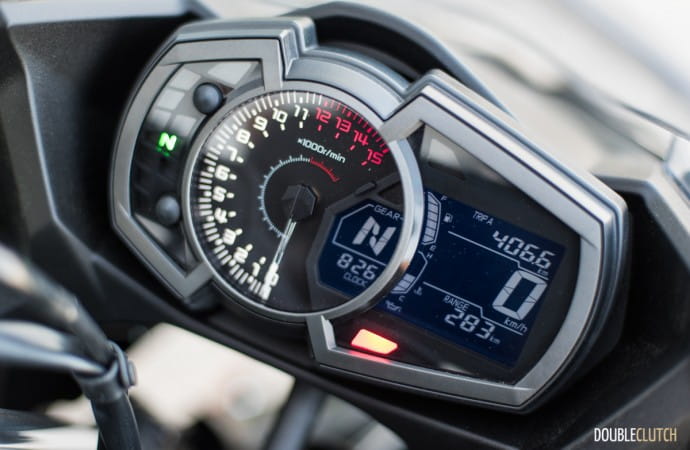 The first thing that struck me when I got into the saddle is just how forward the bike forces you to be seated. Since the handlebars aren’t full clip-ons, you’re placed quite upright, almost like riding on a naked with narrower bars. This isn’t a bad thing though, especially for novice riders who may not appreciate the more exaggerated inputs required when navigating with the tighter spread on the bars.It also does wonders for comfort on longer rides.

On the same day I picked up the bike from Kawasaki, I ended up riding about 50km in rush hour traffic on my commute home, and riding another 20km up to hit some twisties before turning back home to park the bike for the night. Total time in the saddle was at least three hours before I put the kickstand down, and I didn’t feel one bit cramped or sore that entire time. My left hand felt fine too, thanks to the incredibly light throw on the clutch lever. 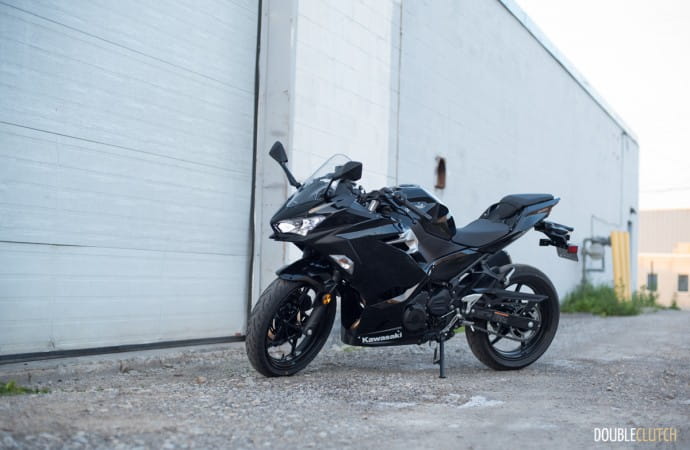 Adding to benefits for new riders, the bike puts power down in a seriously predictable way. There are no real surges in output, so it shouldn’t take even the most novice riders by surprise when they inevitably whisky-throttle for the first (or tenth) time. The back end of the bike always feels planted, with plenty of grip, which alleviates the need for any sort of traction control system on board. All of the power feels useable at pretty much any given time, which grants the bike a lot of versatility; not too much to easily navigate the city, and not too little to pass on the highway.

Things can get a bit trickier for newer riders in a few places though, and given the larger target market for this bike, I tried to make some rookie moves throughout my week with it. Firstly, if you roll off the throttle completely at the right RPM range, the bike will experience some overly aggressive engine braking, throwing you forward a bit more than you may expect. Coupling this with some rather soft front suspension and your body gains a significant amount of forward momentum, which could be unnerving to a novice. 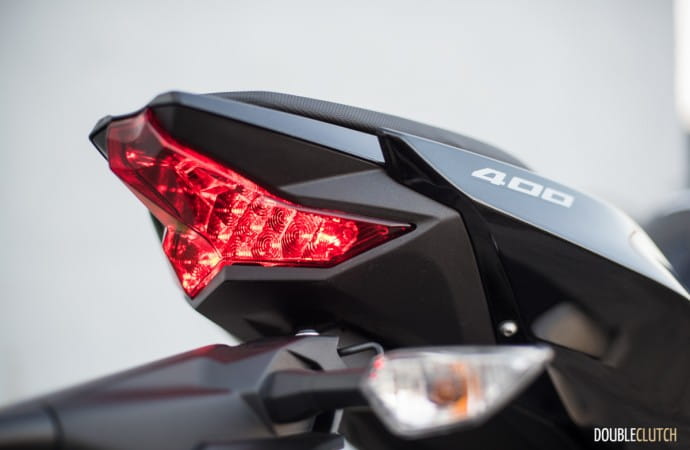 The spongy suspension can also be a bit odd when encountering uneven road surfaces in a corner – it soaks up the initial bump well, but the rebound does upset the bike more than I’d personally like. That may also be a side effect of just how light this bike is, and feels. Seriously, this thing is so light that it feels like you could literally flick it over while it’s resting on the kickstand. This sounds like a bad time on a windy day in an empty parking lot, but it translates to a phenomenal amount of confidence on corner entry.

Another massive improvement over my old baby-Ninja is the upgraded cluster and display on the Ninja 400. It’s been digital since the 300 launched, but having not previously had any seat time on the 300, this was a welcome improvement to me. The display works well; it’s simple and quick to read, but still has the odd quirk to it. When it comes to nighttime riding, it isn’t too bright to distract you from the road in front of you. On the darkest roads though, where your high beams are required, the dash indicator for it is a tiny blue sun that is far brighter than the rest of the readouts. 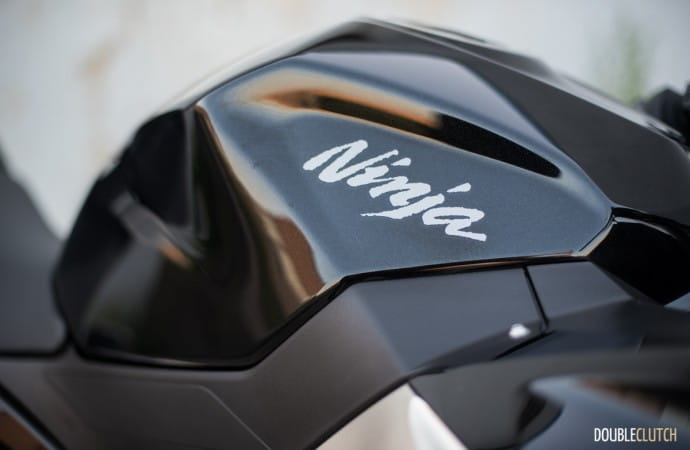 If you’re calculating costs, the 2018 Kawasaki Ninja 400 ABS is going to put $6,199 in the red side of your ledger book. For that price, you’re going to end up with a bike that is going to keep most new riders satisfied for at least a couple of seasons, while keeping them out of trouble.

Even if you’re a more experienced rider looking for a commuter bike, your money is going to get you in the saddle of something that will still manage to keep you excited after owning a liter-bike. It will also spare you the embarrassment of showing up to the office looking like you wet yourself after sitting in traffic for 45 minutes on an overheating liter-bike. The value is there, and unlike many starter bikes, you aren’t going to feel the rush to sell it after season one. 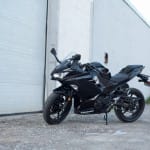 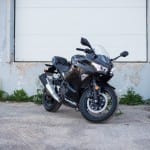 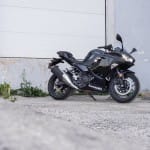 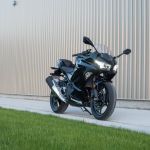 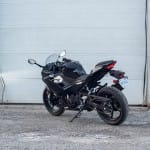 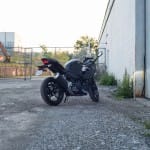 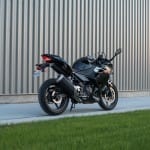 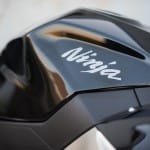 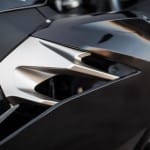 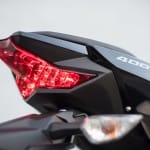 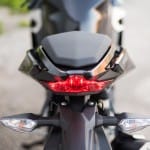 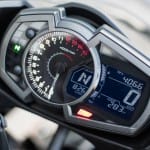 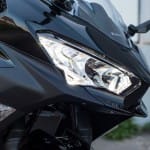 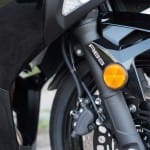 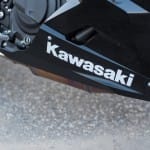 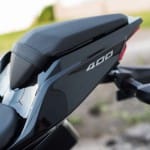 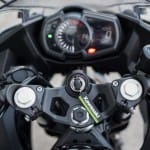 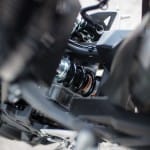 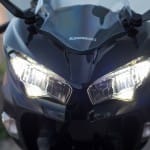