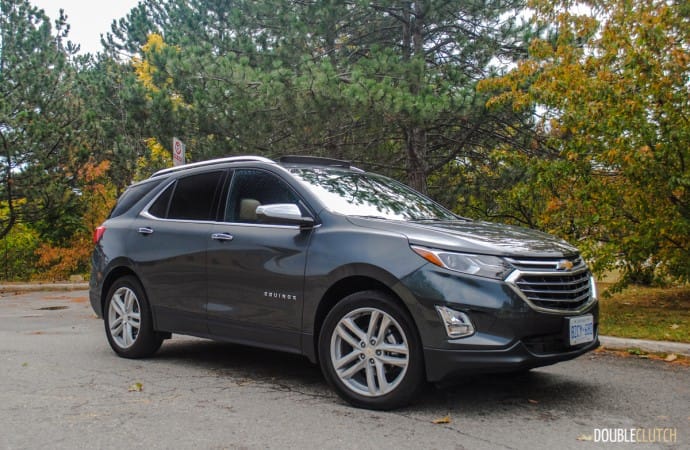 One of the interesting little tricks GM engineers have employed here is that the AWD can be toggled on and off.

GM has been in the SUV game since its inception, and they have built some of the most iconic SUVs in the world. GM was also an early pioneer in the crossover segment, with vehicles like the Buick Rendezvous, which was advertised as a combination of a luxury sedan, SUV and minivan. Sure, they were ugly, but pretty forward-thinking when you think about where the market is now. The unfortunate part of the story is that GM never really broke out in the CUV segment, unlike the SUV segment where Tahoes and Blazers commonly battled for leadership of the segment.

The outgoing Equinox had been languishing for a few years now, without any significant updates since 2009, so the time was right for a complete revamp, for hopefully something that will be enough to make the Equinox a household name and new leader in its segment. 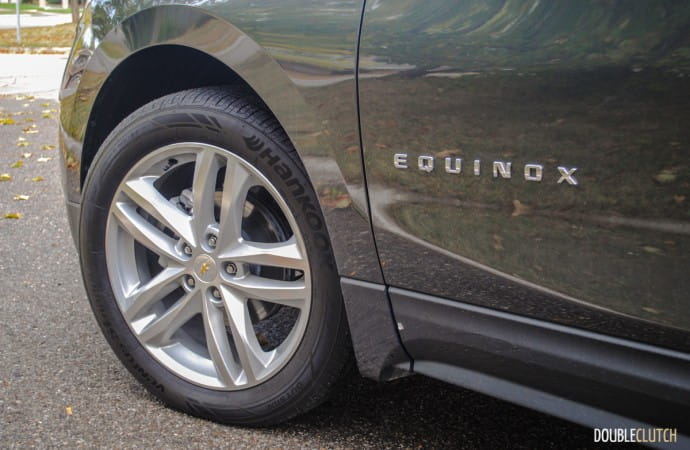 This year delivers big changes, with the 2018 Chevrolet Equinox 1.5T Premier being lighter, smaller and more efficient than the previous generation. In fact, the Equinox now falls into what most consider the compact CUV segment, as opposed to the previous generation, which by dimensions was more of a mid-sized offering. These changes put the Equinox more in line with its toughest competitors such as the CR-V, RAV4 and Escape (reviewed here).

Despite significant changes, the Equinox’s outward appearance hasn’t changed all that dramatically and it still proudly wears Chevrolet’s corporate face. The styling does a great job tying into the rest of the lineup, which is nice for consistency sake, but it doesn’t do a lot to make the Equinox stand out. Despite being brand new, our tester already looked a little old in some eyes. The good news is that the Equinox does come in a well-varied color palette, so you’re not stuck with the rather boring Nightfall Grey Metallic that the test vehicle wears. 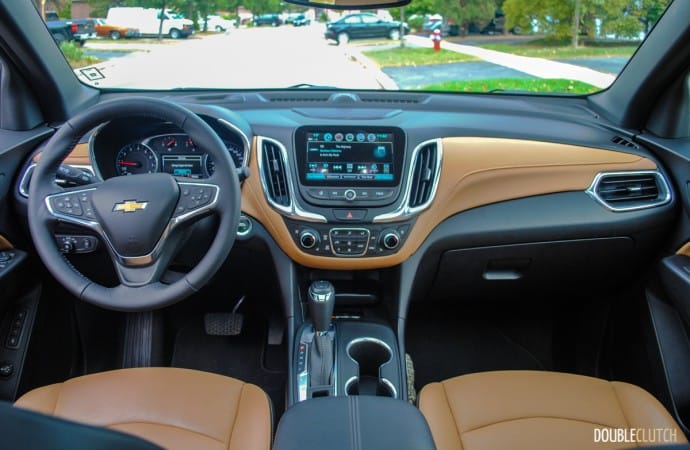 The interior is a much better effort in restyling, and actually looks and feels more upscale than one might expect to find in a mainstream CUV. The materials used represent a huge departure from the notably cheap plastic found in the outgoing model, and the Brandy coloured leather seats and accents throughout the Jet Black interior definitely contribute to a nice premium feeling inside.

Leather and soft-touch materials are abound, the heated and ventilated seats are great, the dash is clean and well laid out, and there is plenty of storage. Moving towards the rear, passenger head and legroom is massive for the segment, and the rear seats do fold down flat at the pull of a handle to open up a large cargo floor. Even with the rear seats in place, the rear cargo area is quite large, and should easily handle the needs of younger families who are likely the prime buying demographic here. 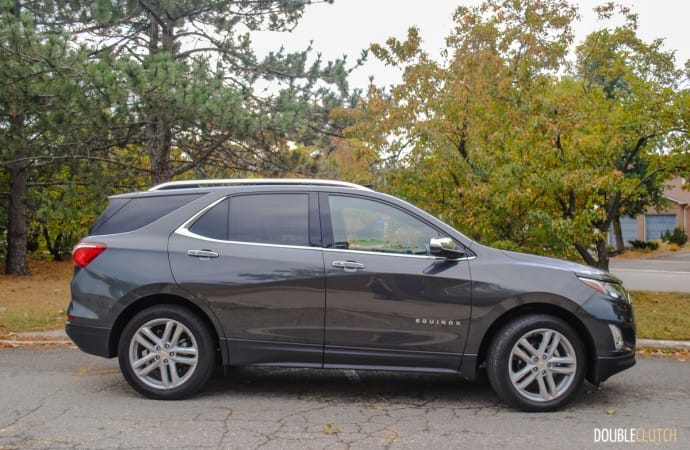 There is a seemingly endless number of configurations you can choose for your Equinox, from the base FWD model starting at $25,545, up to some loaded models like our tester, which can get north of $40,000 if you so choose. The tester is an AWD model with the base 1.5L four-cylinder turbo engine, in Premier trim. This is a higher level trim option, and includes all the typical niceties like the upscale leather interior, blind spot alert, LED lighting all the way around, power liftgate, proximity key entry, rear view camera and lots more.

The tester also features the True North Option package which at a current (rebated) cost of $4,000, delivers all the modern luxuries families are looking for today, including; ventilated front seats, heated rear seats and steering wheel, power panoramic sunroof, Bose sound and the full gamut of driving aids including the Surround View aerial view camera. The package also includes a set of unique 19” wheels – more on those later. As equipped, our test vehicle comes to $38,790; far from cheap, but not totally out of line based on the level of equipment on this particular truck. 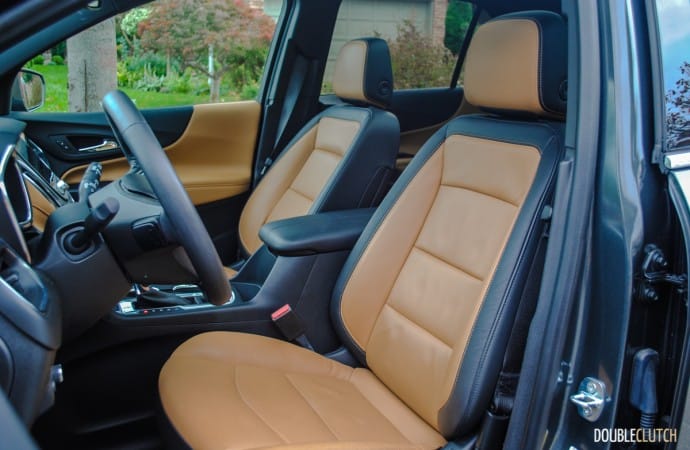 The one option that was not ticked off on this particular tester is the powerful 2.0L turbocharged four-cylinder. With its 252 horsepower and 260 lb-ft. of torque at 2,500RPM, it’s definitely more comparable to the 3.6L V6 in the outgoing model that made 301 horsepower. Instead, our tester is equipped with the base engine, the 1.5L turbocharged four cylinder, which makes a mere 170 horsepower. The optional 2.0L would come with the new nine-speed automatic, while the base 1.5L makes do with a six-speed automatic.

If you have any plans to tow anything, or even if you simply appreciate the ability to briskly accelerate when asked, the 2.0L is likely the way to go. However, as a more basic family hauler or commuter, the 1.5L turbo gets around just fine. Its lower end torque means it feels peppier than expected in the city, and highway cruising is quiet and relaxed as well. The downside is that acceleration is also relaxed, but it does help that the six-speed automatic is fairly quick to respond when needed. 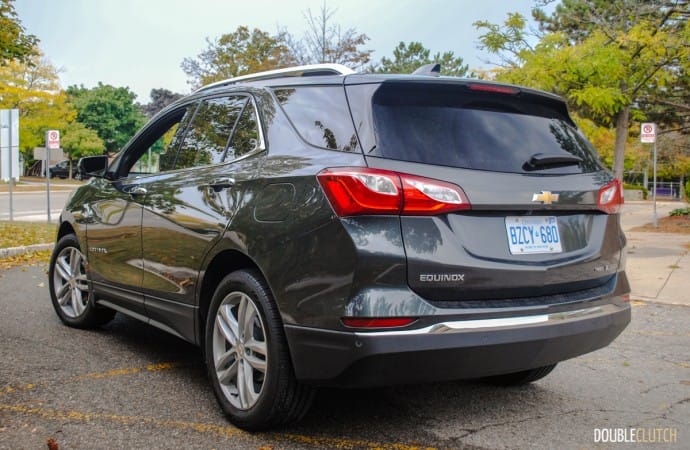 The big advantage of the smaller 1.5L is its fuel thriftiness; GM rates its highway mileage at an impressive 7.3L/100km on the highway, which is seriously good for a CUV of this size and stature. That said, real-world commuting in heavy traffic for a week put the average consumption in at 9.4L/100kms. That’s right on par with the smaller Nissan Qashqai (reviewed here), so credit goes to the Chevy here.

One of the interesting little tricks GM engineers have employed here is that the AWD can be toggled on and off using a switch on the console. Unlike most current crossovers, which always have the AWD engaged, the Equinox allows for the rear transaxle to be completely disengaged when not needed. When the vehicle senses that traction is at a premium, it notifies the driver with a message on the gauge cluster, and the driver can choose to turn on the AWD, which allows the vehicle to shift power where needed. It’s not as mindless as most systems, but it’ll certainly save fuel and wear in the long run. 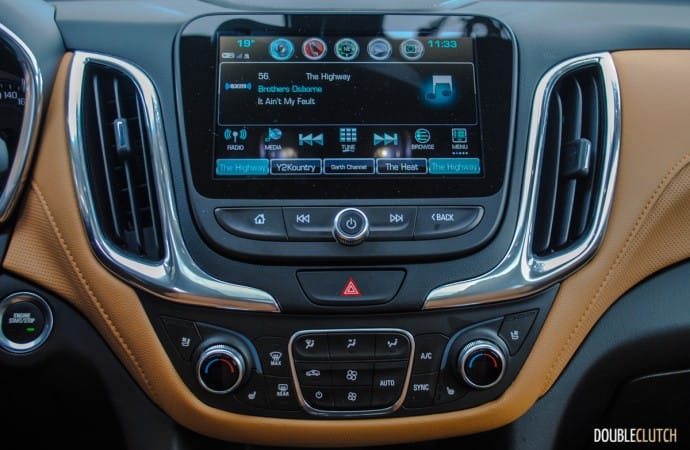 Thus far, the Equinox is doing all right, but the real problem with this CUV comes down to its suspension and steering. The Equinox rides surprisingly rough for its class, making city streets or potholes a bigger annoyance than they need to be. The ride isn’t just rough, but it’s also noisy with clunks and other odd noises intruding on the otherwise quiet cabin. The stiff suspension does not translate to better handling either, as the steering feels looser than expected, bringing an unwelcome sense of vagueness while cornering and a lack of on-centre feel while cruising down the highway.

The chassis-based annoyances with the suspension and steering experienced are bad enough to really distract from an otherwise very competent entry in the segment. It has been noted that the larger 19” wheels equipped with True North package are potential contributors to the poor ride and steering characteristics I experienced, but plenty of competitors pull off larger wheels without issue, so that’s not exactly a fair defense. That said, it would still be interesting to try one of these with the standard 17” setup to see if there is any discernable difference. 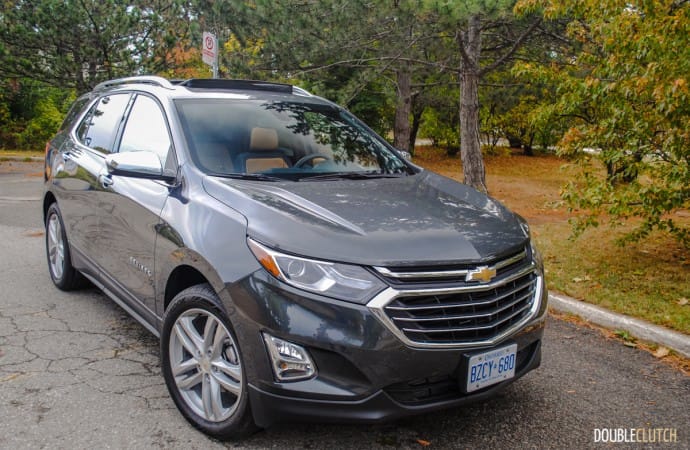 If opting for smaller wheels resolves the majority of its issues, then the 2018 Chevrolet Equinox 1.5T Premier becomes a very worthy consideration if you’re shopping the segment. The interior is right at the top of its class, fuel economy is great, and the powertrain options are there for whatever your needs may be. Hopefully, the team at Chevrolet is able to get the chassis sorted out, so that you can have your 19s and a modern and refined ride quality. 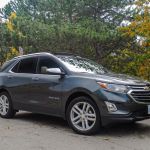 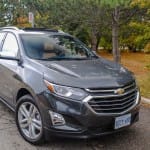 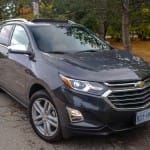 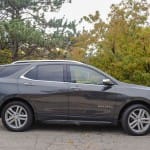 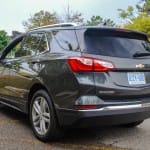 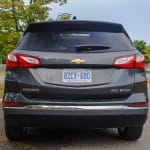 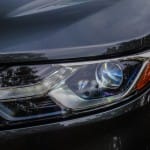 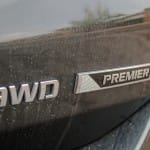 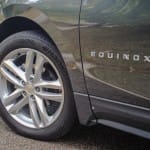 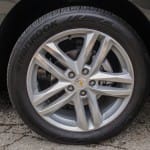 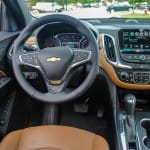 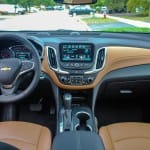 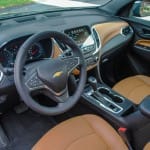 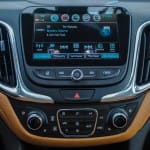 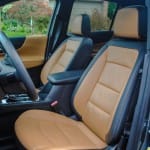 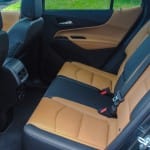 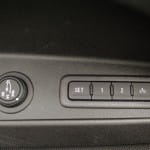 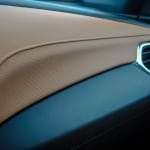 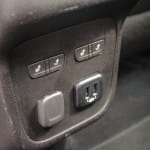 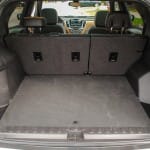