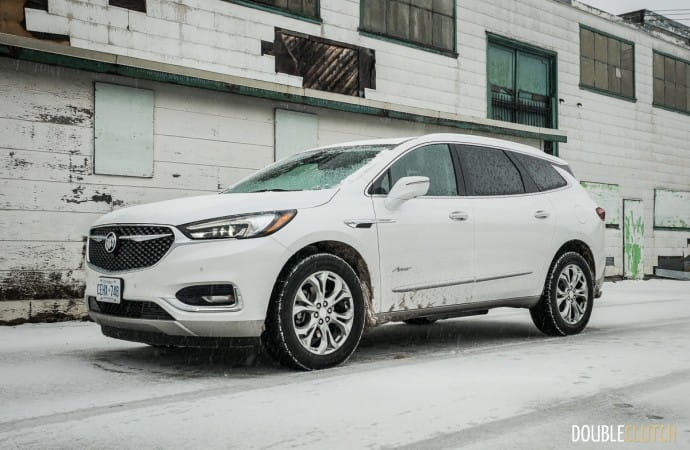 A decent effort by Buick for those who want to haul the family around in a luxury crossover sport utility.

The 2018 Buick Enclave Avenir AWD is the latest version of the full-size crossover in the Buick lineup. After a near ten-year model run, what used to be a giant whale of an SUV is now slightly longer, while losing a couple inches of height. Built on the new General Motors C1XX that also underpins the GMC Acadia, Chevrolet Traverse, and Cadillac XT5, the Buick is the bigger of the bunch, sharing dimensions with the Chevy. With room for seven passengers, it’s slated to do battle in the premium crossover segment, going up against the likes of the Acura MDX (reviewed here), Infiniti QX60, Lexus RX 350L, and Volvo XC90, to name a few. 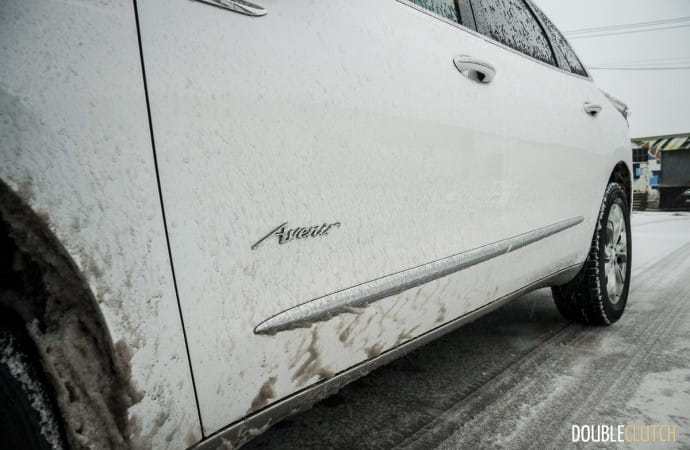 The Avenir is the top level trim in the Enclave range, and starts at $61,795. Included at this price is GM’s 4G LTE Wi-Fi Hotspot system with a trial data plan, an eight-inch infotainment screen with Bose audio, 20-inch aluminum alloy wheels, LED headlights, power liftgate, dual panel moonroof, and wireless charging. Also included is part of GM’s autonomous safety suite, including forward collision warning, lane keep assist, automatic high beam, blind spot warning, and rear cross traffic alert. For $2,475, the 1SP Preferred Equipment Group adds adaptive cruise control, forward automatic braking, and continuously variable damping on the suspension. $750 adds a trailering package, and the White Frost Tricoat paint on the test car was another $700. With an as-tested price of $65,820, the Avenir gets put right in the middle of its rivals.

Inside, the cargo area is good for 2,763 litres of volume (98 cubic feet), and even with the third row folded up, there’s a good amount of cargo space still available. Second row passengers sit with ample space with a set of captain’s chairs, and the slow power-folding third row legroom is better than the likes of Acura MDX and especially Lexus RX 350L; you can fit more than just kids or in-laws and you can take them on longer than a short trip in the Enclave. Front seat passengers sit in average comfort with buckets that are flat and only moderately supportive, but do feature heating and cooling to sweeten the deal. While the Buick is better than Lexus and Acura in terms of space, the Volvo doesn’t miss out by much, and only the Infiniti QX60 (reviewed here) is closely competitive thanks to its similar exterior dimensions as the Enclave. 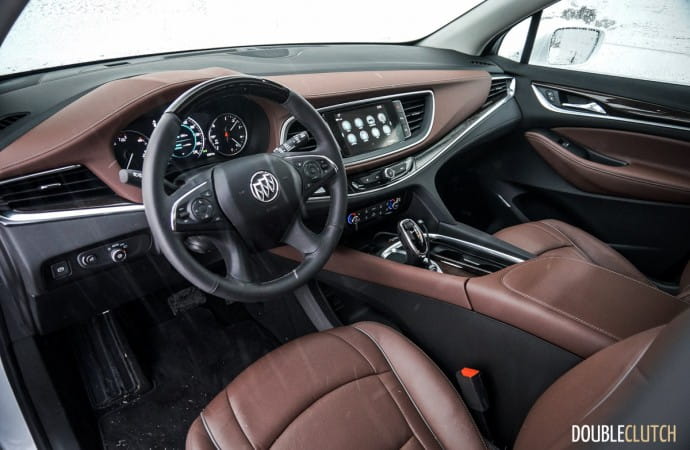 Technologically, the 2018 Enclave does well. With the aforementioned 4G LTE hotspot, rear seat entertainment systems aren’t exactly needed, since having the data plan (note – it’s not free after the trial period) allows for smartphones, tablets, and laptops to be trucked along for less restrictive ways of killing time. Up front, there’s Android Auto and Apple CarPlay integration, which lets just about any smartphone pair seamlessly with full music, phone call, messaging, and navigation integration – including Google Maps and Waze for Android users. For music lovers, Spotify, Google Play, and iTunes mirrors perfectly. When combined with the test vehicle’s Chestnut Brown leather interior, the Enclave Avenir has a very welcoming and premium looking environment that’s competitive with the best of them. Fit and finish isn’t too bad – everything is put together well, but the touch points such as the signal stalks and button presses still feel a little chintzy.

Under the hood of the Enclave Avenir is the latest version of General Motors’ direct fuel injected 3.6-litre V6 engine. In this form, it pumps out 310 horsepower at 6,800RPM and 266 lb-ft of torque at 2,800RPM. It’s an evolutionary change to the similar unit seen in past Enclaves, and does its job without too much complaint. The exhaust note is a little rough and reminiscent of the older GM pushrod V6 engines of the 1990s, which may trigger some nostalgia amongst die-hard loyal buyers. Power delivery stays smooth and constant throughout the rev range, but refinement doesn’t quite match the silky operation in the Acura, Lexus, or Infiniti. 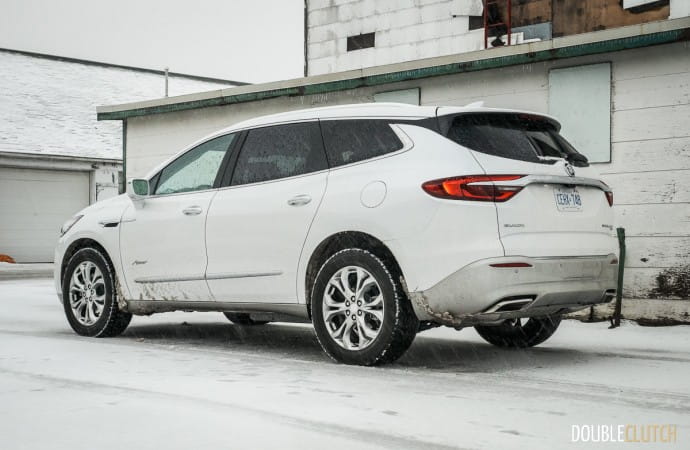 Coupled to the 3.6-litre V6 is a new nine-speed automatic transmission. With all these extra ratios to choose from, GM purports to be able to provide better fuel economy without the rubber band feeling of a continuously variable transmission (CVT) like that found in the Infiniti QX60. Sadly, the calibration in this particular vehicle wasn’t up to the task, and was very clunky and jerky in its engagement at low speeds. Shift quality was relatively slow and deliberate, but running through the gears at a steady pace feels reasonably good enough. A similar nine-speed unit in a Chevrolet Equinox (reviewed here) behaved a lot better, so it could be chalked up to early production or other teething problems.

For a larger and heavier sport utility vehicle, fuel economy isn’t going to be the greatest, and the big Buick isn’t much of an exception here. Rated at 13.8L/100KM in the city and 9.4L/100KM on the highway, it’ll do better than a full-size body on frame SUV (such as Chevrolet Tahoe), while not doing as well as its class competitors in the city. Thankfully, regular fuel is acceptable, and tank capacity is 83 litres. Observed economy over a week on test came back at 12.4L/100km in mixed wintery driving. The all-wheel drive system is switchable, but lugging around all the disengaged hardware in front-wheel drive mode will still have a detrimental effect on fuel consumption. For those who like to tow, the Trailering Packaged-equipped Enclave will pull 2,268 kilograms (5,000 pounds). 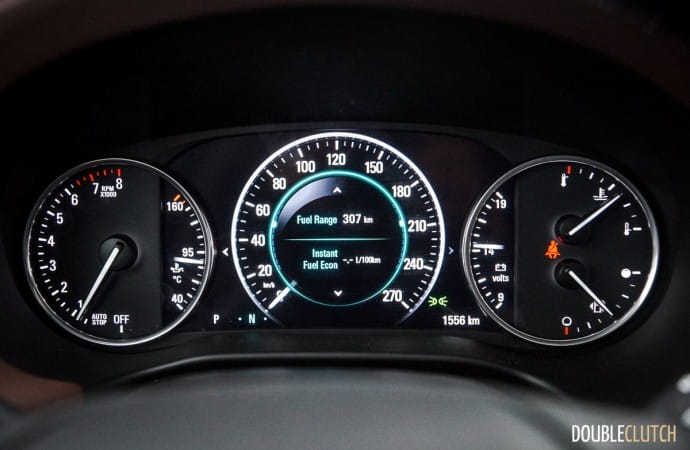 Out on the road, the Enclave Avenir rides smoothly, if not a little firm over larger undulations. The cabin is whisper quiet at speed. Steering is very light, which helps lower speed maneuverability, but detracts from confidence in higher speed motoring. It also drives as big, if not bigger than its size, and you will always be aware of its length and width – it might as well be a Chevy Tahoe or Suburban in this regard. Braking is confident with great pedal feel, which has been a strong point on most GM products as of late. The switchable all-wheel drive system is seamless in its operation, and came in handy when a big ice storm decided to pummel Southern Ontario during the Buick’s week on test.

As a whole, the 2018 Buick Enclave Avenir AWD is a decent effort by Buick for those who want to haul the family around in a luxury crossover sport utility. The handsome interior is a good place to spend time in, and it’s a pretty cohesive package overall that’s let down a bit by its transmission behaviour and city fuel economy. The smaller Acura MDX is the handling champ here, and the Infiniti QX60 and Volvo XC90 do drive better than the Buick. The good news is that forgoing some of the fancy features like the Avenir trim brings the price down considerably, and a sticker price between $50,000 and $55,000 sounds more like it. At the lower dollar figure, it’ll be more worth looking at and will compare well against the likes of Honda Pilot Touring, Toyota Highlander Limited, or Mazda CX-9 Signature. 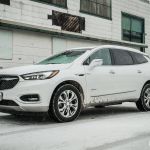 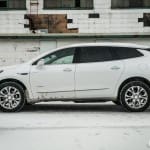 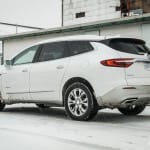 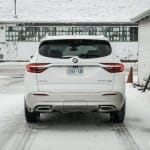 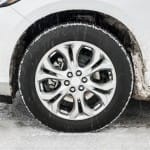 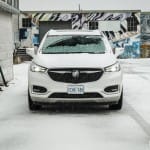 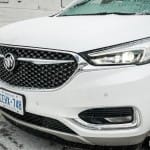 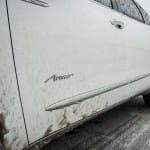 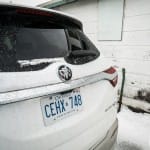 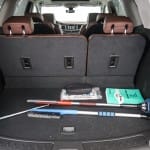 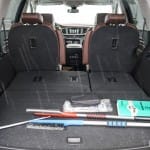 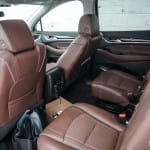 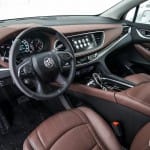 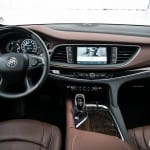 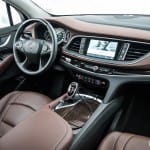 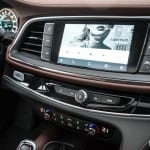 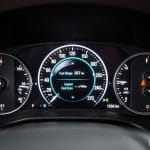 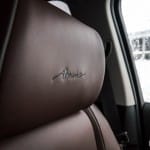