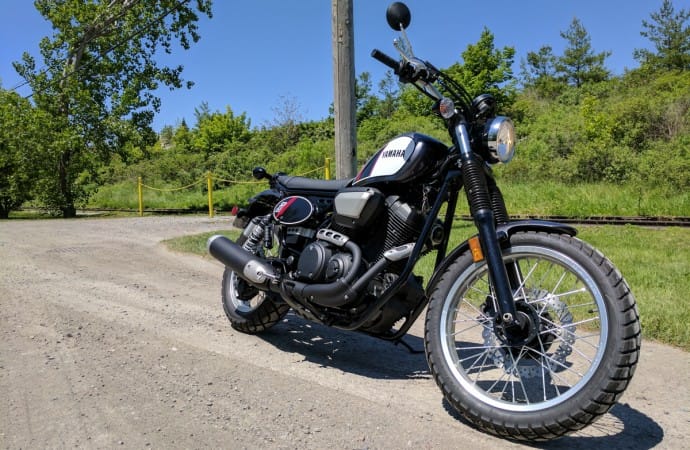 For those who like the idea of a cruiser, but could never really get into the look.

With every year that passes, it seems that the retro revival further cements it’s footing to reassure everyone that it’s here to stay. This year’s release of the 2017 Yamaha SCR950 is the latest addition to this growing oeuvre, and showcases a distinctly different approach than last year’s XSR900 (reviewed here). While the XSR was true to its “sports heritage” designation, it’s hard to find too much that’s sporty about the SCR. Then again, this may be exactly why you like it in the first place. 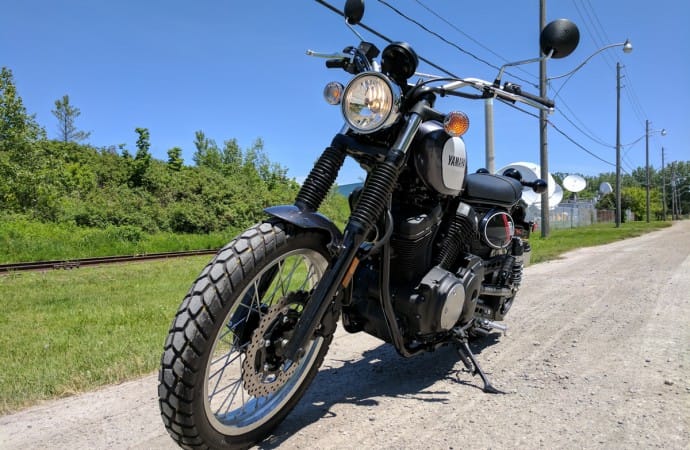 Companies have been approaching the concept of a scrambler in number of ways lately, though most have tried to stay true to the roots of this genre of bikes by slightly tweaking a bike in their existing line-up. Triumph did that with the Bonneville, Ducati did that with the Monster Desmo engine, and Yamaha here did that with the Bolt (reviewed here) – with both bikes sharing the same engine, transmission, brakes, front suspension, tank, display panel, and more. The SCR does have an extra .4 of an inch in ground clearance though; whether that has any real value when you take it off road is debatable.

All this is to say that the SCR 950 has a distinctly cruiser feel when riding on the road. I don’t actually think this is a bad thing either: I’ve always found cruisers appealing on those days that I want to take a more laid back ride down to the beach or through a shop-lined street on a nice summer day. My main problem with cruisers though is that I never thought I really fit the look. I’m under 60, I don’t own a leather jacket (its textile), my pants have no tassels – as a matter of fact, neither do my gloves – and I just feel too scrawny on the back of one. 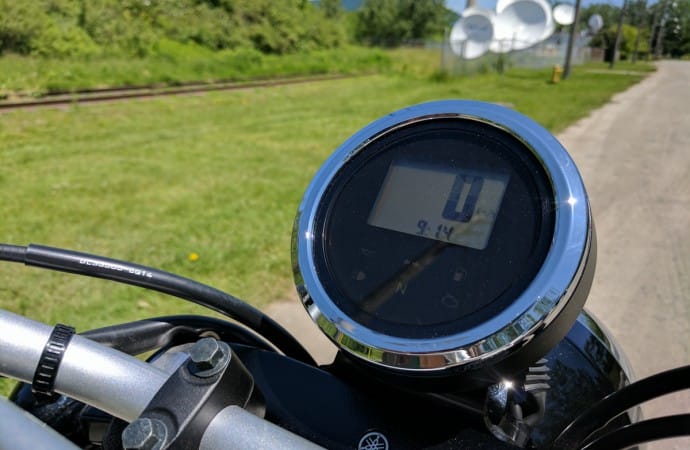 Ok, I’m obviously generalizing here, but what I mean to say is: I always feel like a fake when I’m on the back of a cruiser. This is where the SCR really shines: you get the cruiser feel, without the cruiser look. And what a look that is, with the beautiful long flat seat, the tri-colour tank, the side number plate – which I’ve grown to really like – and the moderately upswept exhaust. While riding in the city, on more than one occasion I had drivers pull up from behind me so that they could get a good look at the bike, giving me a reaffirming nod of appreciation.

I really appreciate that the SCR has the same 942cc V-twin engine as the Bolt (reviewed here). If not for its distinct reliability, then for its low and satisfying grunt at slow speeds that roars to life as you squeeze the throttle. It feels great on any road, and it pulls with the demanding power that easily carries the 547lbs bike at both city and highway speeds. There’s also nothing to complain about with this transmission: the bike has to be the easiest and smoothest to rev-match and downshift – which is great because it has neither a gear indicator nor a tachometer – and the engine braking provides the extra stopping power desired to supplement the single 298mm disk brakes that sometimes feel a little scant for the weight of the bike. 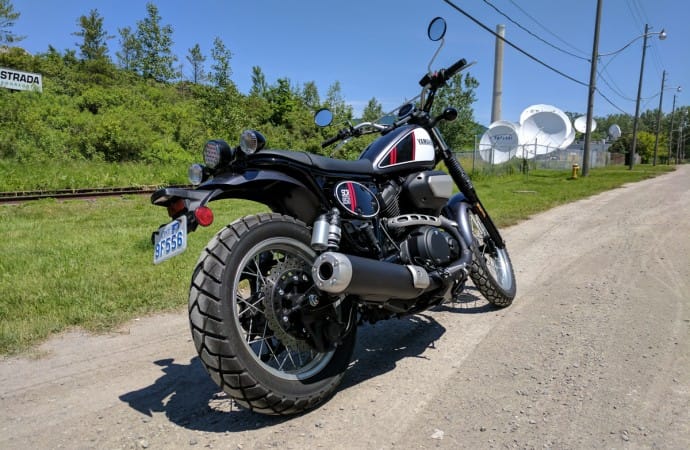 The suspension does an okay job on the road, but struggles if you ever try to take it off road; with only 120mm travel in the front. Of course, by off-road here I mean some gravel roads with light bumps here and there – I would be weary of anything more intense – but the bike does handle this type of riding surprisingly well. The tires play a big role in this, but then so does the way the seat narrows towards the front and makes the transition from sitting to standing really smooth. This comes in handy when you want to take some shortcuts through unassumed roads and keep pushing on when the pavement ends.

Ergonomically, the bike feels pretty comfortable all around, though there are a couple of things I would change the day I brought it home: the first being the position of the foot controls, which seem adjusted way to high and always get in the way when I try to put my foot down; and the second being the airbox on the right side – I can’t count how many times I banged my knee on this airbox during every single ride. This should actually be noted as another huge bonus of sharing the same platform with the Bolt: the aftermarket parts list to customize your bike is already extensive, giving you lots of options to tweak the aesthetic as much as you like, and to hopefully avoid knee surgery before you’re sixty. 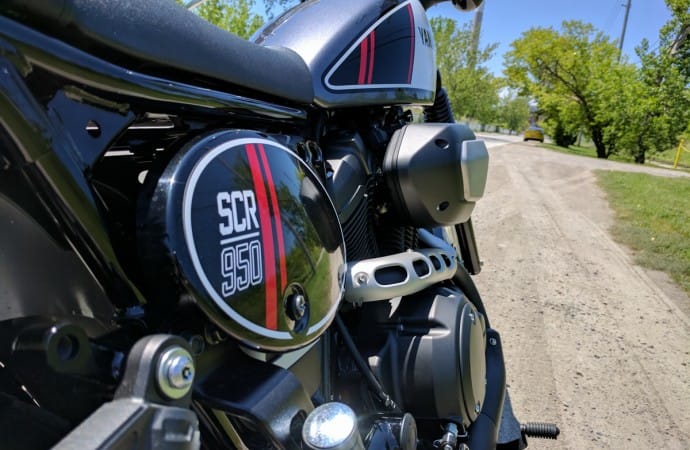 On my last day with the 2017 Yamaha SCR950 I pulled into the rutted out, gravel parking lot of a local beach to admire the bike on the water front. I cruised through the first section next to the boardwalk, passing some groups of cyclists, joggers, and families setting up for a picnic, and navigated to a parking spot at the end of the line. I took the key out of the ignition, then put it into the second keyhole to lock the steering (yes, they’re in different spots). As I looked over the bike, I couldn’t help but appreciate what Yamaha did with this bike. By mixing the cruiser, classic, and scrambler components they created a bike that makes you feel great riding it: through its power, its comfort, and its looks. A bike that, ultimately, finds harmony in its ability to dabble in multiple bike-genres at once. 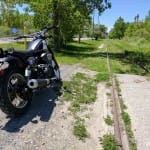 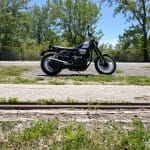 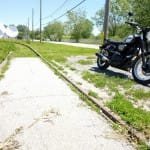 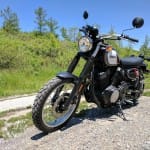 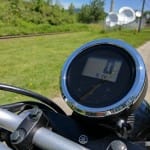 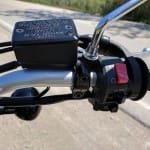 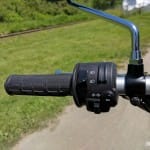 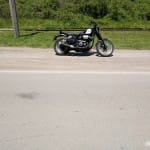 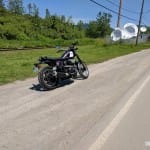 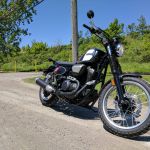 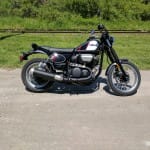 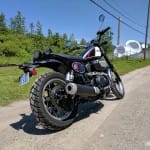 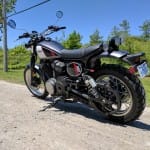 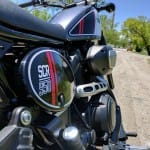 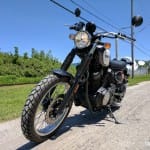