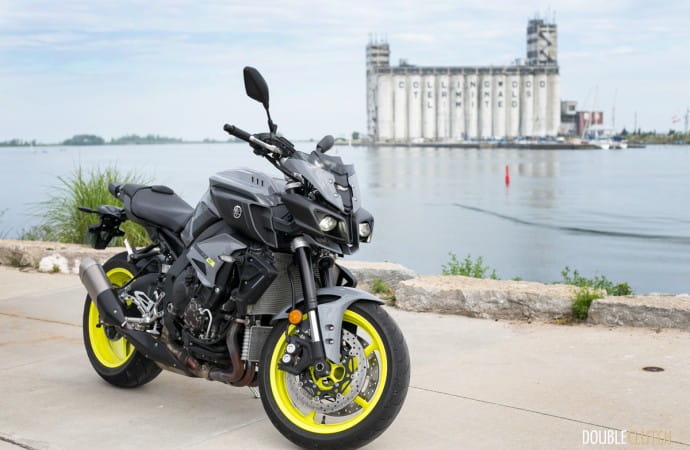 Make no mistake, this bike has a simply obscene amount of power.

In Theron Lane’s recent review of Yamaha’s YZF-R1S, he quite rightly pointed out one of the biggest challenges facing both riders and manufacturers today: the absolute pillaging by insurance companies, particularly on those who like their bikes with an extra helping of sportiness. Theron suggested that the price reduction on the S trim of the R1 would help offset some of the insurance unpleasantness and he’s right – but there’s an even better way to cheat the system: buy the 2017 Yamaha FZ-10. 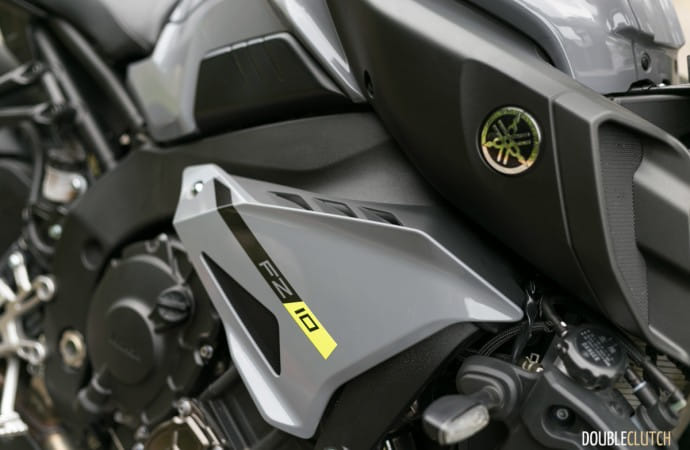 Typically stripping the fairings off a sport bike also strips away some insurance cost, meaning this bike here could be the performance (and insurance) bargain you’re looking for – maybe even more so than the R1S, especially considering the FZ-10’s $15,499 MSRP is $1,500 less than the streetable super bike. The FZ-10 is the alpha figure of the current FZ line-up – a trio of bikes including the FZ-07, FZ-09 and now the 10 – that have been wildly celebrated and enjoyed by those of us at DoubleClutch.ca, not to mention the growing legions of happy owners out there.

Starting out as a naked R1S, the FZ-10 keeps the super bike’s frame, suspension bits and steering geometry, though foregoes the R1’s super-light magnesium components for steel ones. Never mind that last detail, because the extra 15-or-so pounds over the R1S won’t be felt and the FZ-10 is still an unbelievable handler, exhibiting both stellar poise, grip and control through the twisty bits. 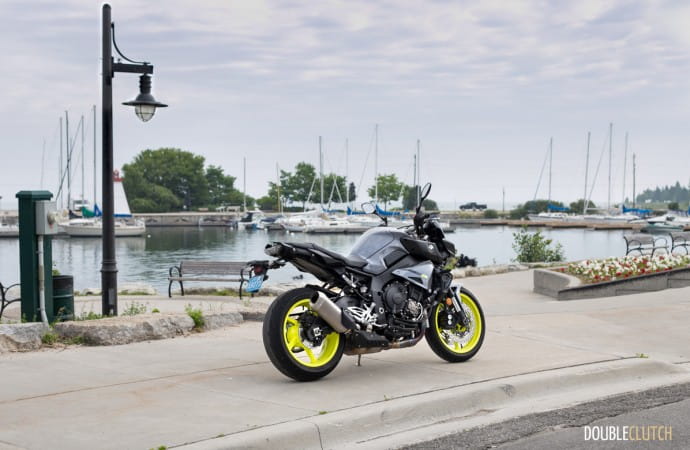 Touring the best secondary roads I could find between the Niagara region and Collingwood, Ontario, Yamaha’s naked litre bike felt as light and playful as a 600 cc sport bike, but with a lot more gusto.   And despite the R1’s clip-on bars being replaced with a more comfortable perch (relieving pressure on wrists and neck), it’s plenty easy to throw the FZ-10 into a corner, and even easier to maneuver around town due to the increased leverage of the wider bars.

The FZ-10’s stability – even at elevated speeds – is a revelation. Where many naked sporting bikes tend to suffer from a light feeling front end caused by the more upright riding position and wider bars, often resulting in some head shake, the FZ-10 remains poised and planted at all times. 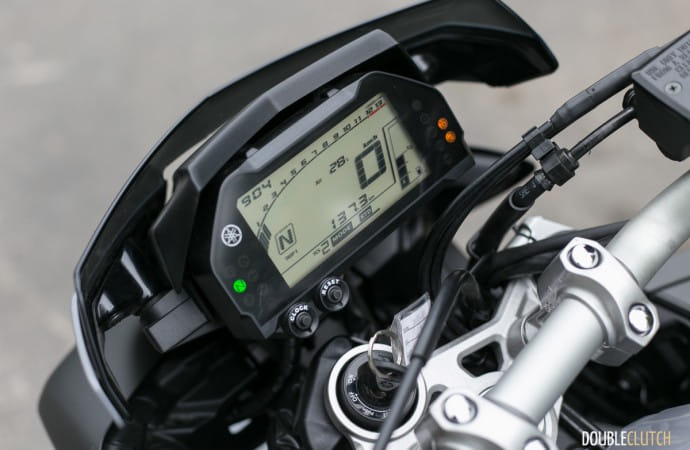 Yamaha has also fitted all 998 cc’s of cross-plane inline-4 excellence from the R1 into the FZ-10, and as is typical of the class, it’s been tuned more for on-road rideability than checkered-flag quests on the track. Power is estimated to be down from the R1’s approximately 200 to around 160 horsepower, which puts it in line with its direct competitors from BMW, Ducati and Aprilia (and exceeds Kawasaki and Honda’s naked litre bike offerings). The Yamaha’s torque peaks 2,500 rpm sooner than its R1 compatriot at around 9,000 rpms, offering up a generous 81 lb-ft of twist.

Make no mistake, this bike has a simply obscene amount of power. It’s sensationally quick, pulls with astonishing might throughout the rev range and exhibits a smoothness not normally associated with a device furiously throwing pistons up and down. Plus, the slipper clutch from the R1S is light and easy to modulate and serves as the perfect companion to the crisp six-speed gearbox. An interesting note: the FZ-10 is actually geared shorter than the R1S. A quick shifter is available as an option. 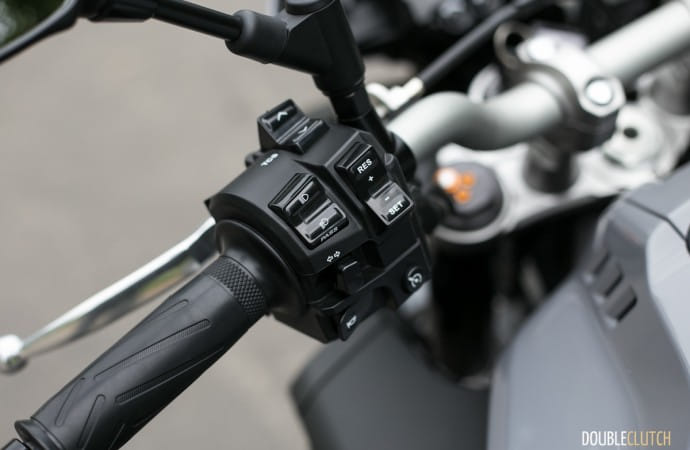 Those of a hooligan nature will delight in frequent wheelies, to be sure, though do so with caution since unlike its super bike cousins, the FZ-10’s ride-by-wire and multi-mode throttle does not come with wheelie or launch controls. Traction control is standard, however. And the bike sounds great too even though the FZ-10 wears a different muffler than the R1 (reviewed here).

But unlike the R1S that’s supposed to be the more “streetable” version of their superbike, Yamaha expects the FZ-10 buyers to rack up even more miles on this naked machine thanks to its more upright riding position and helpful niceties like a 12-volt accessory outlet and cruise control, which I put to use on some of the straight, rural areas. I kept the throttle setting in “STD” mode – the least aggressive – for most of my touring around and was impressed by the fluidity of the fuel measuring. Passing power (and indeed the ability to quicken my pulse) was never at a shortage even in “Standard” mode. 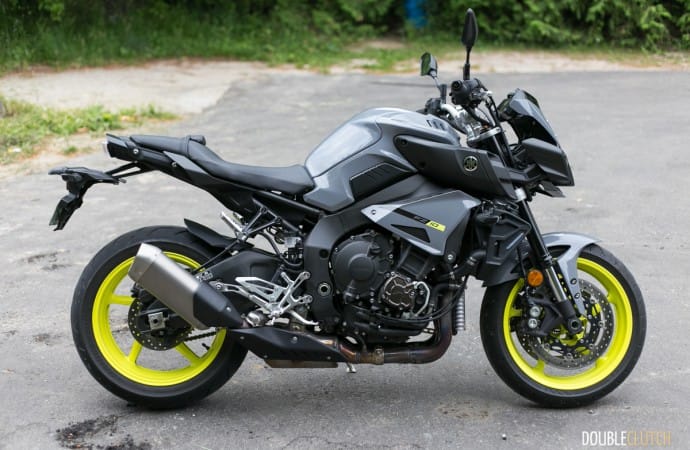 The suspension – fully adjustable both front and back – could be softened up for some longer distance touring, but it will do little to offset the ridiculously uncomfortable seat that feels like it’s created from a thin strip of black vinyl atop a plywood plank. My apparently delicate posterior was uncomfortable the entire next day after only a 4-hour ride.

Still, for a bike as wholly capable as the FZ-10, it might be worth eating a few extra cheese burgers to add some cushioning and enjoy the ride. The ever-expanding litre-size naked bike segment is chock-full of outstanding choices. This Yamaha represents a great value and a stunning performer, and given the company’s reputation, it’s likely the FZ-10 will prove to be absolutely bulletproof over many years of riding. 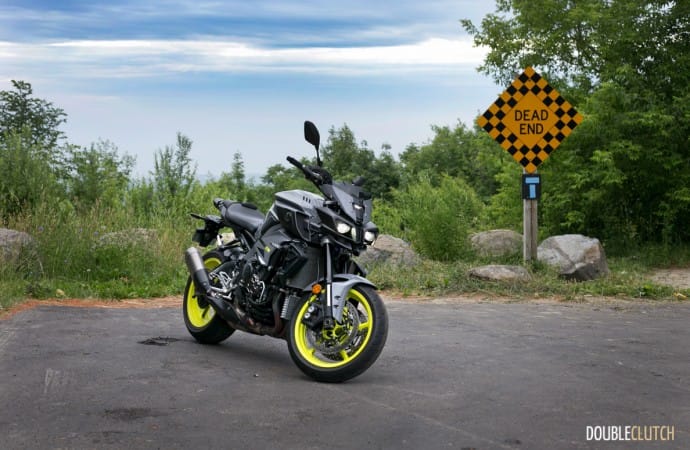 But there is still one elephant in the room with the FZ-10 and that’s the bike’s appearance. Naked bikes never seem to be quite as sexy as their racier, faired siblings, but the FZ-10 just plain looks weird for the sake of being weird. The front end reminded most of my riding friends of Johnny Five from the ‘80s movie Short Circuit, and when parked next to my brother’s Aprilia Tuono (the bike’s direct competitor), the differences between a Japanese design aesthetic and an Italian one, were striking. Of course styling is a personal thing and if – like our esteemed Editor-in-Chief – you find the FZ-10 good looking, then it’ll probably be a slam dunk for you.

There was some doubt that the MT-10 (as the FZ-10 is known elsewhere in the world) would actually make it to North America. Having now ridden this brilliant machine, I can’t imagine it not making it here – especially if it saves its owners some money and cheats the insurance companies at the same time. 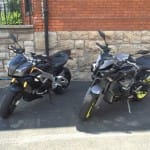 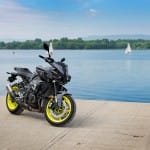 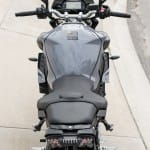 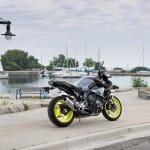 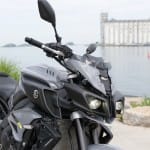 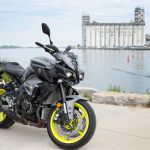 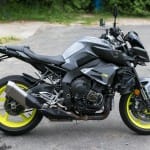 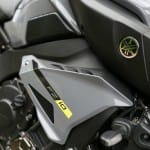 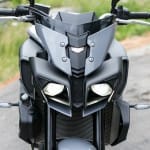 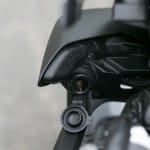 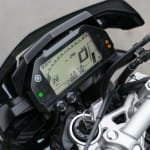 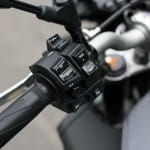 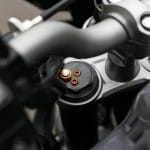 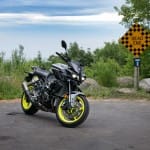