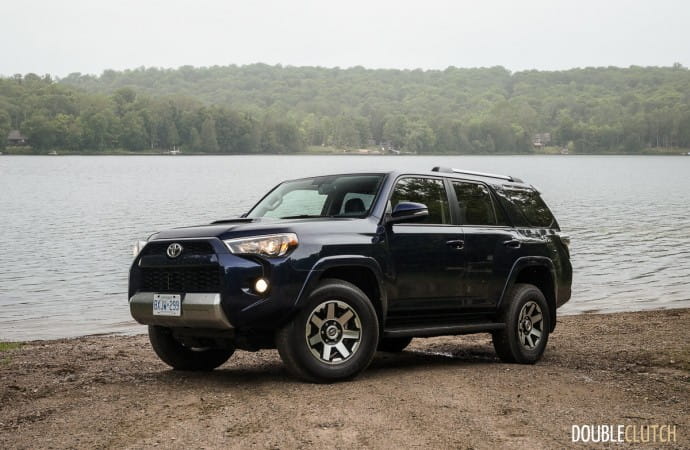 As a complete package, the 4Runner is an oldie but a goodie.

In the automotive world, there are few followings more loyal than that of the Toyota truck. Countless people swear by them, and many have been repeat buyers for many years. They possess an unflappable reputation for one of the most durable vehicles money can buy, and are consistently at the top of reliability rankings. While many disparage them for not being the most up-to-date vehicles in terms of technology and design, they’re built using tried and true practices that are very well known to be good and fail proof. The DoubleClutch.ca team got a chance to put one of these trucks to the test, with a Nautical Blue Metallic 2017 Toyota 4Runner TRD Off Road being assigned for cottage weekend duty just north of Toronto, Ontario. 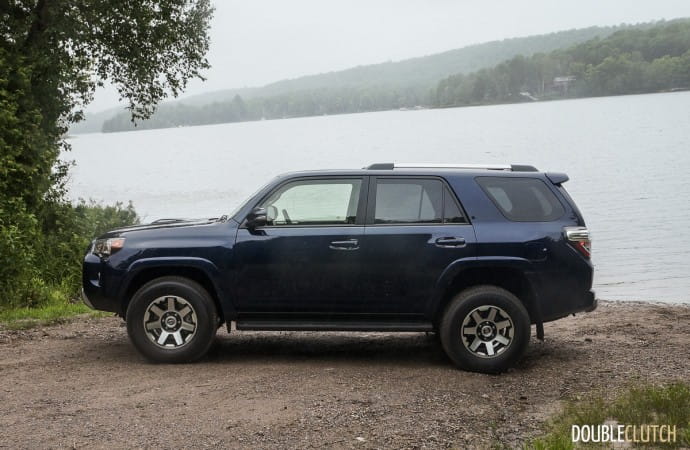 Starting at a base price of $44,800, the 4Runner comes complete with just about all of the standard features that rugged truck buyers are looking for. There’s four-wheel drive with off-road downhill assist control, fuel tank and transfer case skid places, SofTex synthetic leather seating surfaces (that feel like real leather yet wear better), SiriusXM satellite radio, navigation, 40/20/40 split rear seats, and a towing hitch. The test truck was also equipped with the $1,920 TRD Off Road Package, which adds a mechanical linkage and lever for four-wheel drive shifting instead of a dial, automatic disconnecting differential, four-wheel crawl control, unique 17-inch wheel, third-row seat delete, and various TRD visual enhancements inside and out.

The package also adds Toyota’s Kinetic Dynamic Suspension System (KDSS), which automatically disengages the anti-roll bars as needed in order to enhance suspension articulation when off-road. With an as-tested price of $46,720, the 4Runner TRD Off Road does make good value proposition against the likes of the more expensive but better-equipped Jeep Grand Cherokee. The Jeep biases toward better road manners and interior gadgetry, but isn’t as heavy-duty as the bombproof 4Runner. 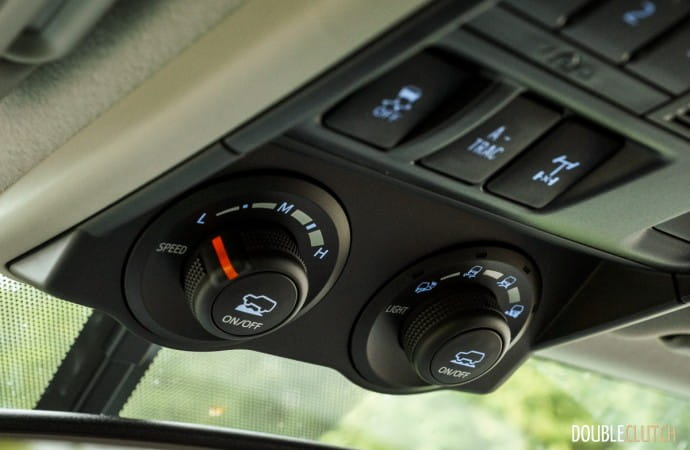 As a sport utility vehicle that can tackle the trails, the 4Runner features a relatively simple interior that’s all about function over form. Its large buttons are ergonomically good, but don’t do the Toyota any favours aesthetically. The plastics are hard and a sea of gray and black, with some faux carbon fibre trim throughout. The saving grace here is that they’ll age well and won’t scratch or fade like piano black or softer touch materials. With many of today’s cars and trucks moving to a pushbutton start system, the 4Runner still has a conventional turn-key ignition. Seat comfort is average for longer trips, and a short bottom cushion up front could stand to gain more thigh support. For cargo carrying, there’s 1,337 litres (47.2 cubic feet) of capacity with the second row of seats up, and expands to 2,540 litres (89.7 cubic feet) with the seats folded.

For infotainment, the 4Runner gets a similar system as seen in other products, including the Corolla, Camry, and Sienna (reviewed here). There’s a 6.1-inch touch screen in the middle of the dash, which offers full navigation functionality in addition to Bluetooth smartphone pairing. The system’s built-in Gracenote album art database also does a commendable job at picking album and artist information to match the music being played. There’s no Android Auto or Apple CarPlay support, and Toyota doesn’t currently have plans to include these two great smartphone pairing methods in the near future. Instead, they are developing updated infotainment interfaces in-house – expect to see them in updated Toyota products starting in 2018. 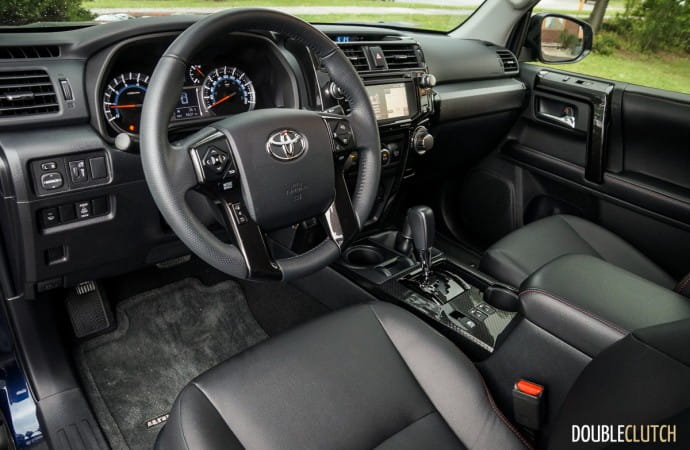 Under the hood, Toyota’s workhorse 4.0-litre V6 (codenamed 1GR-FE) does the job, and has been used in the 4Runner since the 2003 model year. With a few tweaks along the way, the power plant now makes 270 horsepower at 5,600RPM and 278 lb-ft of torque at 4,400RPM. While these figures aren’t staggering, they are more than adequate to get the 4Runner up and moving. The 1GR also does it all without the use of direct fuel injection or turbocharging, and with many years of use and iterative improvement under its belt, it should prove to be as durable and dependable as it gets.

Tied to the V6 is a five-speed automatic transmission in all trim levels that’s been used since the 2005 model year. Having only five forward ratios may also seem like a disadvantage compared to today’s automatics which have anywhere between six and ten(!) gears, but the engine’s broad torque curve and punchy midrange mean that there’s still enough pull to be had. Once again, it makes use of old technology, but it’ll be dead solid reliable. Shifts also happen to be smooth and quick, and there’s no gear hunting to be seen. On the road, this allegedly archaic engine and transmission combination actually feels a bit torquier and hunts gears less than the newer 3.5-litre, direct-injected engine and six-speed transmission in the Tacoma pickup (reviewed here). 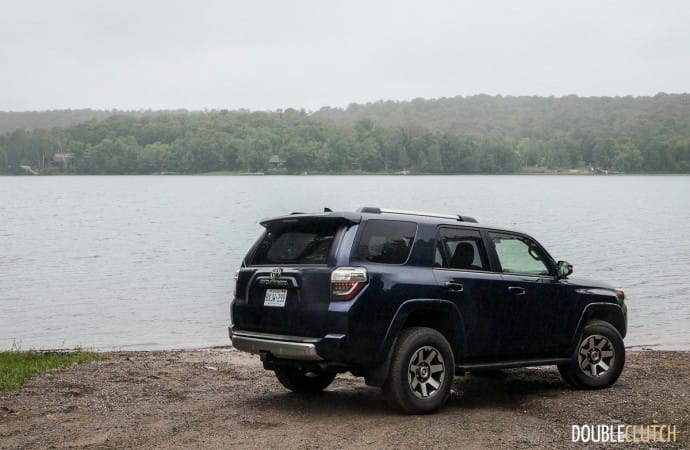 With body-on-frame construction, 2,111 kilogram (4,655 pound) curb weight, and a 2,268 kilogram (5,000 pound) towing capacity, the Toyota 4Runner won’t exactly be a miser at the fuel pumps. Rated for 14.3 L/100KM in the city and 12.0L/100KM on the highway, it’s the price to pay for the combination of all of the above, plus the older technology powertrain. Observed economy over a week on test returned 12.4L/100KM, which is impressive considering that a third of the kilometres driven involved the towing of a jet ski trailer at highway speeds. Tank capacity is 87 litres, and thankfully, the 4Runner takes regular octane fuel.

While the trucky Toyota manages to do well in off-road situations, it also rides quite well on pavement. Although there’s the traditional body-on-frame shimmy over large and sharp bumps, highway ride is very comfortable. Wind noise is kept reasonable, and the 265/70 R17 Bridgestone Dueller H/T 684 II tires also don’t put up too much of a fuss. The brake pedal has relatively long and non-linear travel before significant braking force is applied, so drivers will need some time to avoid lurching when slowing down. Power steering is of the hydraulically assisted variety, and feels precise and keeps things maneuverable at any speed. 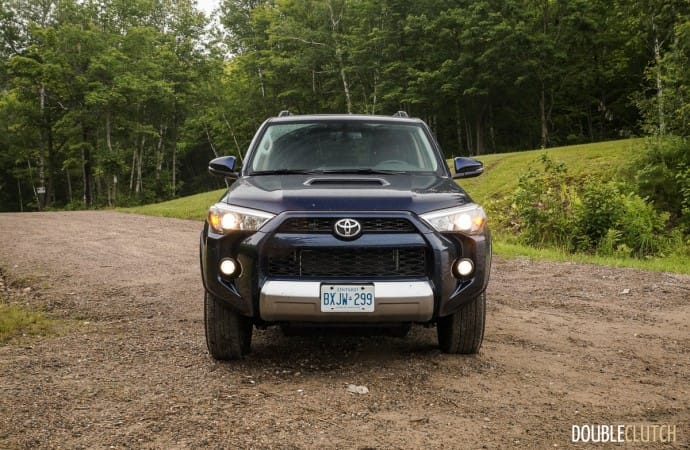 As a complete package, the 2017 Toyota 4Runner TRD Off Road is an oldie but a goodie. With a chassis that dates back to the 2010 model year, a transmission used since 2005, and an engine that goes back to 2003, Toyota has had plenty of time to improve and perfect all three. The end result is a stout and durable machine that also happens to retain good comfort characteristics. Fuel economy and interior design are not particularly strong suits, but most loyal 4Runner buyers – and there are plenty of them – swear by this approach to building a truck. It’s the charcoal barbecue of sport utility vehicles – while natural gas or propane burners have brought humankind to greater culinary heights, sometimes, it’s just better to kick it old-school. 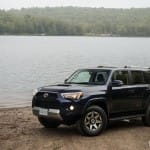 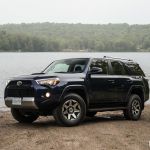 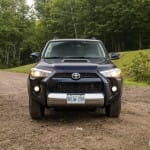 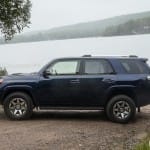 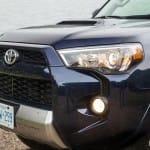 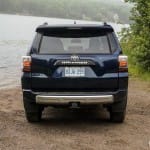 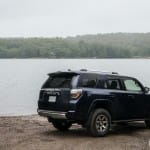 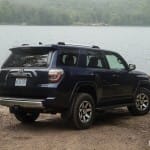 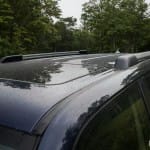 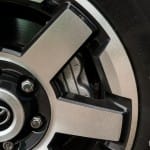 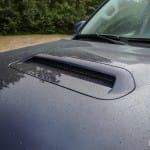 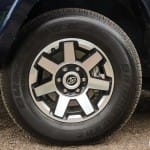 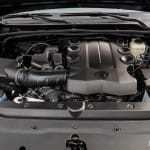 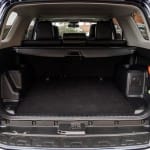 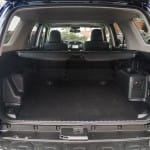 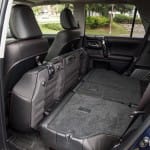 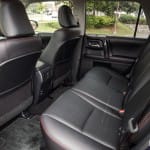 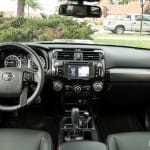 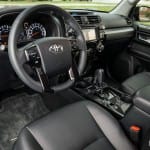 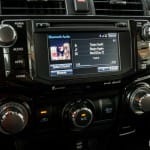 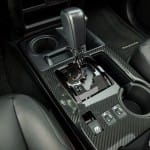 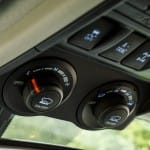 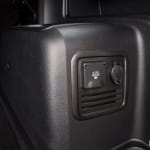 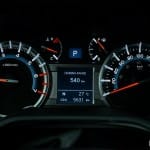