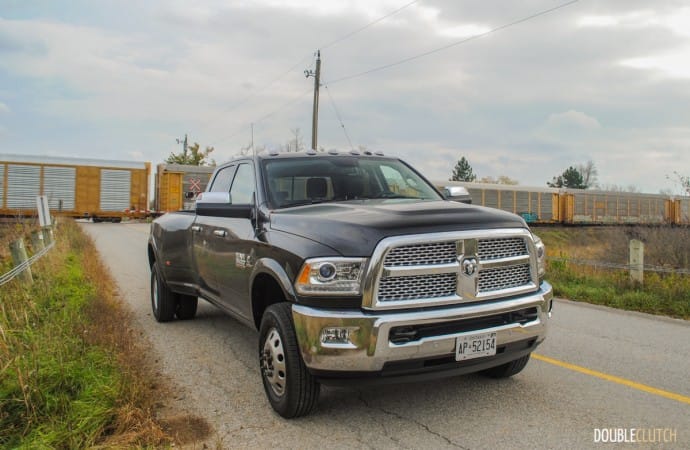 The bottom line with the 2017 RAM 3500 Laramie is that it really is the ultimate tow rig.

I’ve watched year after year as the manufacturers continue to push each other to build better, stronger, more capable and efficient trucks. A typical 1500 pickup truck will do almost everything the average buyer could ask of it; from commuter duties to towing and hauling, with efficiency and comfort often comparable to many upscale sedans. That said, there is a surprisingly large subset of folks out there who demand even more from their trucks. These are the people who depend on their trucks to tow or haul astonishing loads day in and day out, such as tow truck drivers, professional shippers, ranchers and those tasked with moving commercial equipment. For those buyers, a heavy-duty 3500 series truck is the only option. 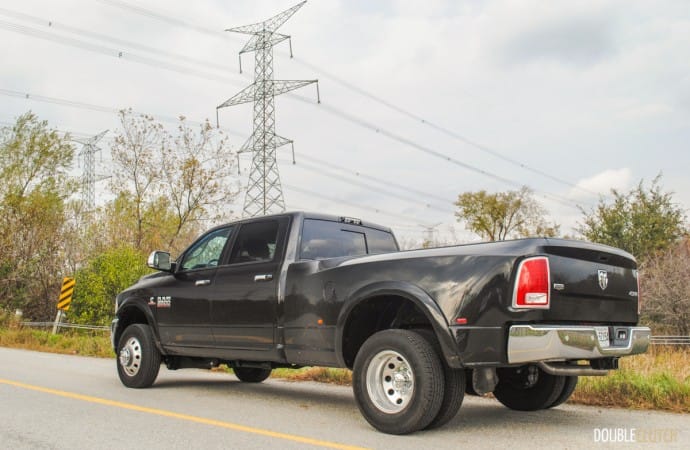 Our friends at Fiat-Chrysler paired me up with a brand new 2017 RAM 3500 Laramie Crew Cab 4×4 so I could find out just how it is to live with such a beastly truck every day. First of all, my test truck is the granddaddy of all 3500-series models. It’s equipped with the 6.7L inline six-cylinder Cummins turbodiesel, putting down 385 horsepower and a ridiculous 900 ft-lbs of torque at 1700RPM. It also packs an AISIN heavy-duty six-speed automatic.

Interestingly, choosing the regular six-speed automatic, or the six-speed manual means that the engine has to be de-tuned significantly; so if you want those impressive torque numbers you’ve got no choice but to opt for the pricey ($4,155) AISIN on top of the already costly Cummins engine (nearly $10,000). If there is a silver lining though, it’s that the Cummins claims to help lower your operating costs with extended 24,000km oil change intervals and a storied history of regularly exceeding 500,000kms enduring hard use. 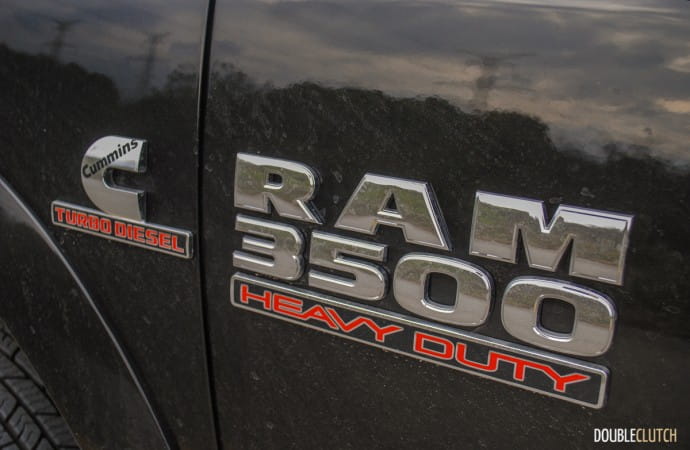 As if my test truck wasn’t beastly enough, it was also optioned with the optional dual rear wheel setup ($1,200). This combination of options unlocks the class-leading (by a good margin) towing capacity of 31,210lbs. That’s equivalent to the weight of a loaded 39-ft motorhome, or a typical VIARail locomotive passenger car! A segment-exclusive rear leveling air suspension keeps the RAM’s rear end right where it needs to be whether you’re towing, hauling or both. Speaking of hauling, the RAM 3500 is no slouch there either with a max payload of 7,390 lbs, which is very competitive with the rest of the segment.

Towing is really where the RAM 3500 dominates and while I didn’t get a chance to put the beast to work during my week with it, I did drive a nearly identical truck at a media event awhile back that proved just how serious a towing machine the RAM 3500 is. The test had consisted of a truck with a gooseneck-style flatbed trailer loaded with a full-sized CASE tractor. I can’t for the life of me recall the exact weight of the setup, but it would have been near the truck’s maximum capacity. We had to pilot the truck through an obstacle course around a farm with mud, ruts, hills and even a reversing exercise. As expected, the truck performed flawlessly and never skipped a beat even under the rough conditions. 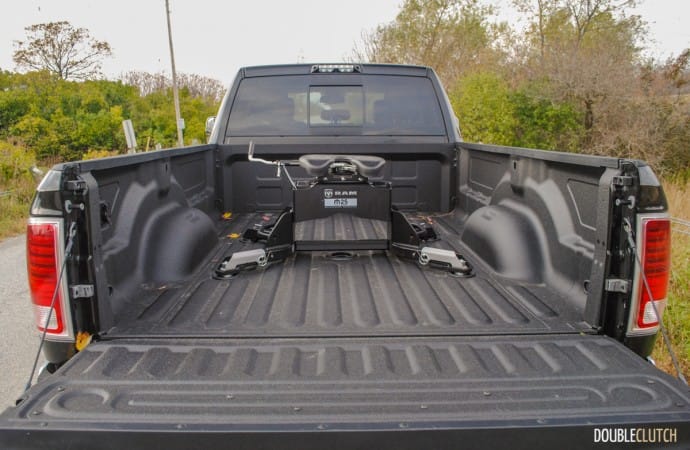 Out on the road the RAM 3500 is significantly stiffer and harsher-riding than even a 2500 series truck, obviously a function of the beefed-up suspension. I strongly suspect that when loaded up and being used as it was intended, that ride would smooth out well. I actually used the truck to commute into the city for most of my week with it and despite the ride it performed surprisingly well.

Maneuverability is much better than I would have expected, with a tight turning radius, good visibility and two rear-view cameras (one with a view into the cargo box) to help squeeze the RAM into tight spaces. It’s well-composed on the highway, and cruises confidently. Even with the optional 4.10 gears, and the only notable noise in the cab is a dull but reassuring roar from the diesel. The truck’s black on chrome big-rig inspired looks definitely helped to keep traffic out of our way as well, which makes travelling down narrow streets a lot easier than you might think. 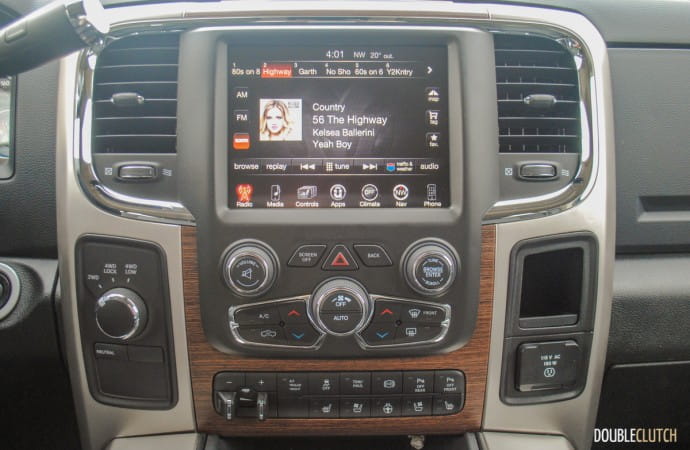 From a fuel economy perspective, my rush hour commuting netted me an average of 16.3L/100kms. Incredibly, that’s slightly better than I am used to in our own Cadillac Escalade, and with the slightly lower cost of diesel I actually saved a bit of money driving the big beast. Truthfully, my usage probably doesn’t reflect that of a typical 3500 buyer, but a truck of this size and capability sitting in rush hour traffic and returning decent economy is actually very impressive. For comparison purposes, with similar usage I got 16.8L/100kms from a Nissan Titan XD (reviewed here), a truck that is significantly less capable (and smaller) than the 3500.

Being a well-equipped Laramie, the cab of my test truck is a very nice place to spend time, which is great as many future owners will be spending large amounts of time working from the cab. The Laramie gets heated and ventilated leather seats, tasteful woodgrain and chrome accents, and a heated leather-wrapped steering wheel. My tester also has the optional 8.4inch Uconnect infotainment system, which I still regard as one of the better systems in the industry. As a bonus, unlike the light duty trucks and cars, the RAM 3500 retains separate buttons for the heated seats and steering wheel, so you’re not forced to remove winter gloves in order to operate the touchscreen. 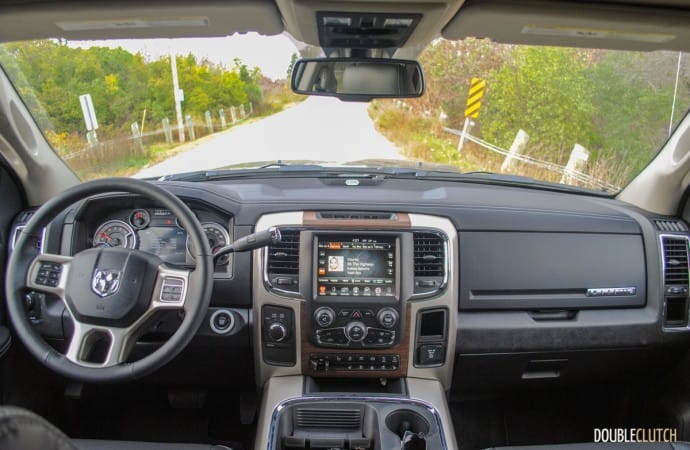 From a space perspective, the cab is your typical RAM crew cab; it offers a very well thought out center console with storage for everything you might want to keep next to you, including a special spot under the arm rest for charging mobile phones and other devices. The back seat is also spacious enough for 3 adults; with my only complaint being the floor isn’t completely flat when the seats are flipped up and away. There is a false floor piece that flips out to make up for that, but it’s not nearly as handy or as accommodating of cargo as the flat floor you’d find in a similar Ford truck (reviewed here).

In case it’s not obvious, heavy-duty diesel trucks are absolutely not cheap, and this one is no exception. With over $13,000 in the powertrain options alone, plus the fifth-wheel mount, air leveling, dual rear wheels and a handful of luxury and convenience options, all added onto the the 3500 Laramie 4×4 base price of $65,995, bring the total to an as-tested MSRP of $88,185. Step up to a Laramie Long Horn or Limited and that price can easily get into the six figures. That’s a lot of money for what will undoubtedly be a work truck, but I am sure it’ll make for a nice tax write-off for plenty of business owners as well, so it’s not necessarily bad news. 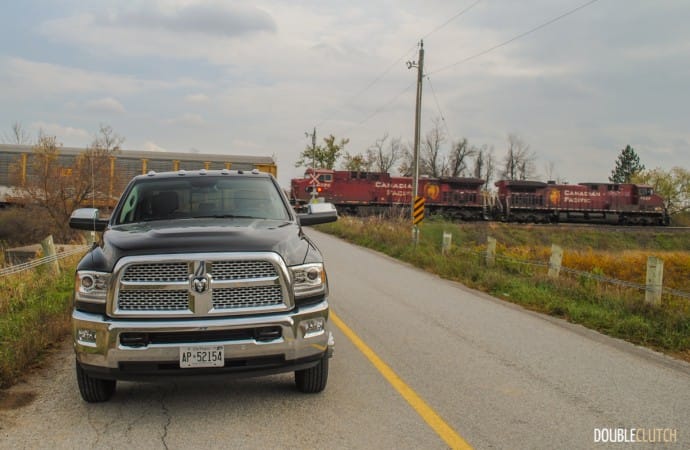 The bottom line with the 2017 RAM 3500 Laramie 4×4 is that it really is the ultimate tow rig. There are few jobs that this truck couldn’t tackle with complete confidence. Plus, it looks absolutely badass, and retains the well-appointed and equipped interior that the RAM brand is known for. If you need a big, tough truck, and don’t mind spending the money on the biggest baddest one around, then it’s hard to argue with the RAM 3500 Laramie. 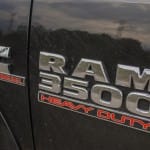 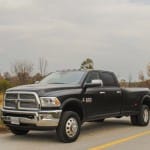 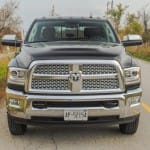 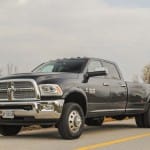 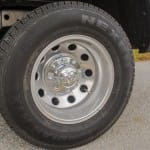 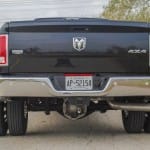 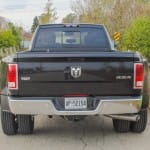 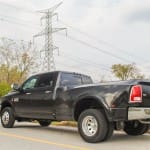 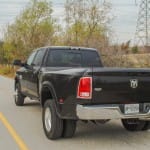 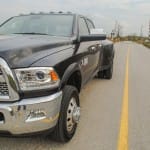 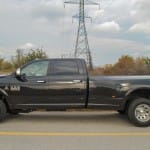 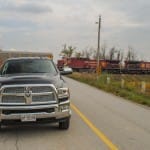 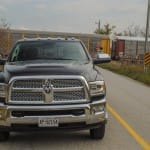 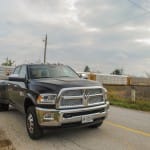 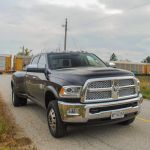 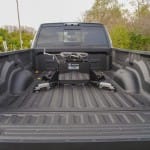 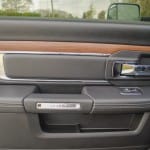 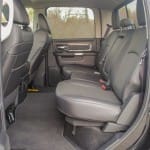 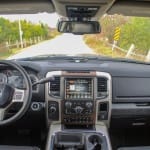 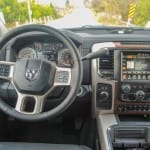 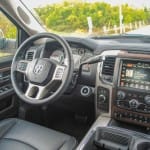 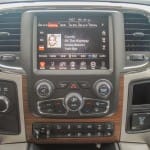 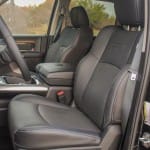