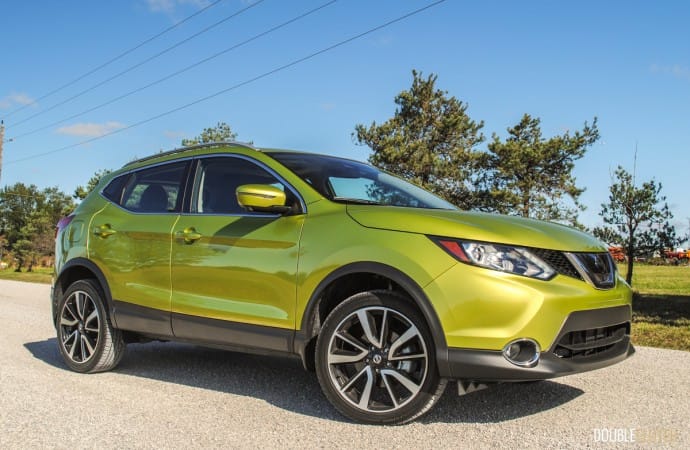 The interior is well designed and thought out, which makes daily life inside the Qashqai fairly pleasant.

Just when you thought the compact CUV market in Canada was crowded enough, Nissan announced that they’d begin selling the Qashqai, a subcompact CUV they have been successfully selling in Europe and other markets since 2006. The current generation actually debuted in 2014 and it wasn’t until 2017 when Nissan decided to bring it to the North American market. Interestingly, in Canada we get the Qashqai, whereas the US market renames it “Rogue Sport” to better tie in with the success of the larger Rogue. Probably a good call, as the name Qashqai does feel a little out of place amongst the rest of the Nissan lineup. Regardless, this 2017 Nissan Qashqai SL AWD should be pretty well sorted out, so we grabbed one to see for ourselves.

The Qashqai is a lot like its bigger and unanimously successful older brother, the Rogue (reviewed here). In fact, the Qashqai’s styling is so similar to that of the Rogue it can be difficult to tell them apart at first glance unless you’ve got a keen eye. On closer observation though, the Qashqai’s lines are actually better crafted and there are no awkward proportions or angles to be found. The rear hips that bulge from the rear doors and quarter panel give it a sporty look, and the front fascia is a good reflection of Nissan’s latest design language. Being a fully loaded top-trim SL model, the tester came with LED headlights, nice 19” alloy wheels, fog lights and some other premium exterior touches. 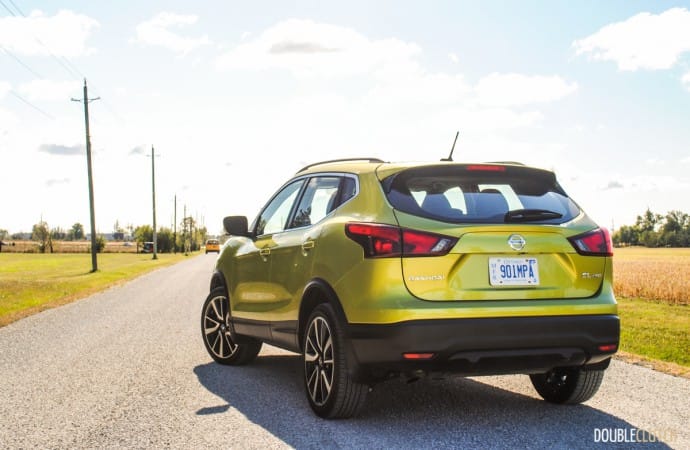 The Qashqai positions itself within the subcompact CUV segment similarly to the way the Rogue found success in the compact CUV segment, by being slightly larger and roomier than the competition. Dimensionally the Qashqai is still small enough to easily whip around the city, but its extra length compared to its competitors such as the Honda HR-V (reviewed here) and Mazda CX-3 means that it offers more usable cargo space and a less cramped passenger area. Head and legroom is generous both in the front and rear, and the cargo area is surprisingly large, even with the “Hide’N’Divide” rear seats in place. Of course, those seats can be folded flat for bulkier items, but there is also a false floor compartment in the cargo area that can be used to hide valuables or keep stuff from sliding around, a nice touch.

The rest of the interior is well designed and thought out, which makes daily life inside the Qashqai fairly pleasant. There is plenty of storage for daily carry items, including a nice tray at the front of the centre console, deep door pockets, wide cupholders and another little change cubby towards the back of the centre console. Add to that a generously sized console storage bin and a glovebox, and it’s easy to find space for everything. The console itself is nicely trimmed in a leather-like material with neat stitching, which matches the soft touch arm rests on the door panels, leather wrapped (and heated!) steering wheel, and leather seats equipped in the SL. The steering wheel is particularly nice with a slightly out of place but still-appreciated flat bottom, and intuitive controls. The gauge cluster is clear and clean to read as well. 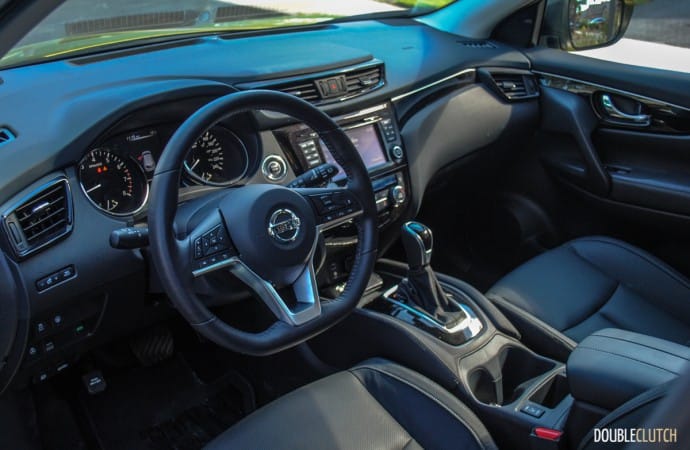 Where the interior needs improvement, like all current Nissan models, it really is the infotainment which is dated, slow and clumsy to operate. The system is not compatible with Android Auto or Apple CarPlay, so you’re limited to using the built-in functionality, which is mediocre at best. The stereo does sound better than anticipated, but Nissan still hasn’t corrected the control knobs which are recessed too far into the dash bezel to easily grip The only other complaint to register about the interior is that the driving position is a little awkward at first. Once you’ve logged some time in the seat you get used to it, but at first it feels like you’re driving a school bus with the steering wheel mounted too low and at a strange angle.

The Qashqai is powered by Nissan’s 2.0L four-cylinder mated to the Xtronic CVT transmission. It’s a fairly smooth setup that seems to lend itself well to puttering along in the city’s stop and go traffic. The 2.0L makes 141 horsepower at 6,000RPM and 147 lb-ft. of torque at 4,400RPM. It’s enough to keep up with the flow of traffic, but anything more than that and the four-cylinder and CVT combination begins to make more noise than forward momentum. The steering, especially when set to “Sport” mode is responsive, with sharp turn-in, making the Qashqai slightly fun to toss around. The ride is compliant, and suspension remains firm enough to stifle any major body roll at moderate speeds, keeping the car well planted. Noise levels in the cabin are on par with the competition, but a drive on a grated surface does remind you that you’re in a subcompact CUV built to a price point, and there can be quite a bit of road noise when the road gets rough. 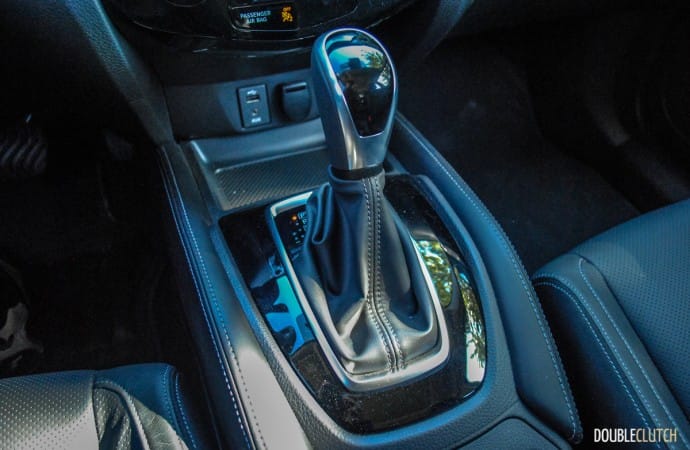 The early fall weather during the test week week meant that there was no need for the Qashqai’s Intelligent AWD system, but with winter weather looming it’s nice to know it’s there. The system does have an electronic AWD lock mode, which will keep power flowing to all four wheels if you need to override the system’s intelligence in a tricky situation. As usual though, AWD comes with a price, and that comes in the way of fuel economy. After a week of rush hour commuting the Qashqai delivered an average of 9.5L/100km. This isn’t dismal, but for a subcompact CUV with a CVT transmission and a low power output, I was expecting a better number.

The price of admission for a base model Qashqai is a very reasonable $19,998. This gets you some basic equipment but it won’t get you the optional AWD or the CVT transmission; instead you’ll get a six-speed manual, which is only available on the base model. The volume seller is likely to be the SV trim, fairly well equipped including a moonroof and heated steering wheel, starting at $24,598. Then there is the top-line SL trim like our test vehicle, which starts at $29,498. The SL gets you the AWD system, the full-function infotainment with navigation, leather seats, moonroof, SurroundView monitor, and all the exterior appearance upgrades. The test vehicle also came equipped with the only available option package, the $2,700 Platinum Package which adds the LED headlights, adaptive cruise control, and the usual gamut of electronic driving aids like blind spot and cross traffic monitoring, auto emergency braking, etc. That puts the as tested price up at $32,333, before fees and taxes. This pricing is right in line with the Qashqai’s competitive set, even if that feels a bit pricey for a subcompact CUV. 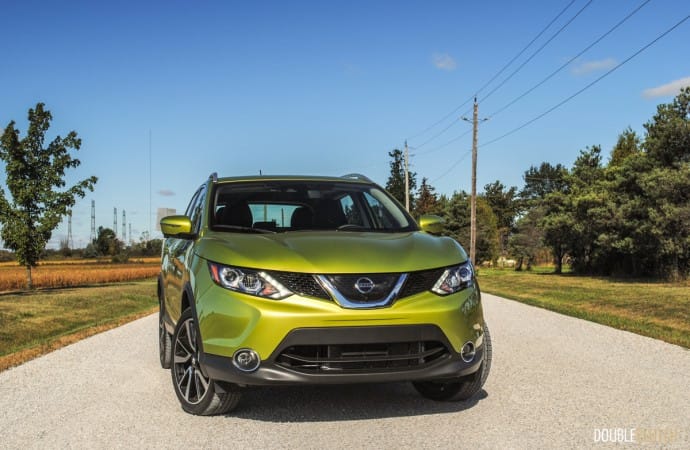 I have no doubt that the 2017 Nissan Qashqai SL AWD  is going to prove Nissan’s “bigger than the rest” formula a winner in the subcompact CUV segment. Dollar for dollar, it stacks up well against the competition, and if you can get past the whiny CVT and some awkward ergonomics, it’s a pleasant daily commuter with plenty of ability to tackle winter roads and summer adventures better than a more traditional commuter car. 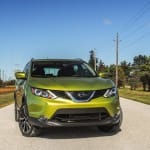 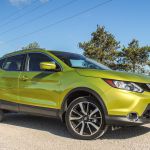 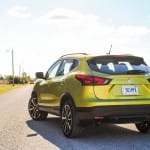 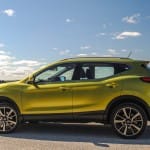 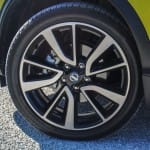 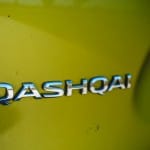 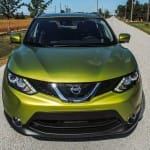 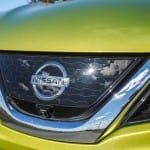 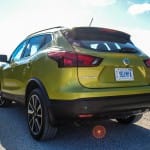 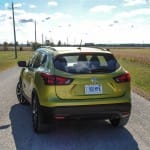 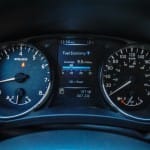 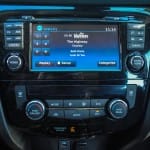 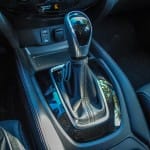 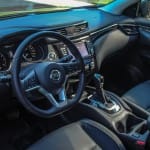 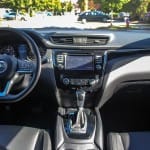 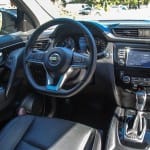 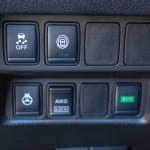