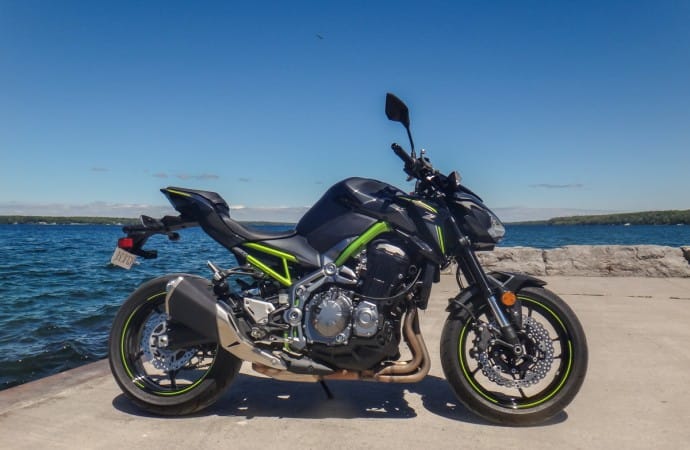 The exhaust has a lovely howling note that sounds better the higher you rev the bike.

The 2017 Kawasaki Z900 roadster is an all-new bike introduced this year. It’s Kawasaki’s “Z” bike (which means roadster) meant to directly replace the Z800 (reviewed here), as well as the Z1000. The Z900 is a wonderful naked bike that not only exceeded expectations, it blew them away. Featuring a new inline-four cylinder engine with a generous 948cc of displacement, the Z900 definitely has enough power to back up its aggressive appearance. 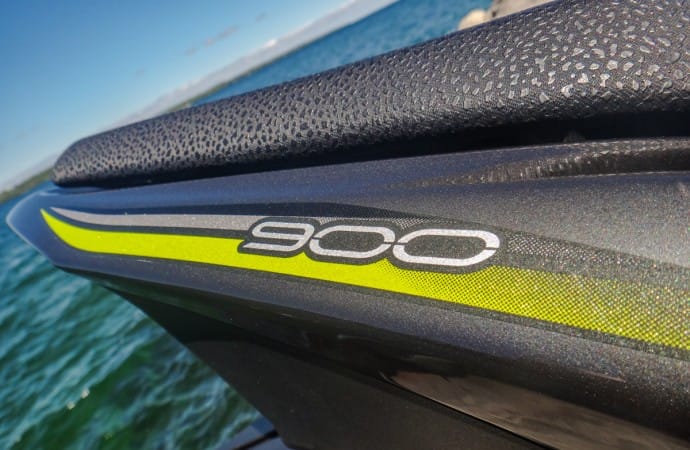 The Z900 features a Trellis steel tube frame and tail section, which contributes to its agility by keeping overall weight down. It also has all new bodywork following the “Sugomi” philosophy (Japanese word for the intense energy given off an object of greatness that is felt by the viewer). It’s everything that was good about the Z800 and Z1000 (reviewed here), in one tight package. It weighs less, costs less, and makes more power than the Z800. By weighing less than the Z1000, the power difference is negligible. It also has a not-so-subtle ode to one of its relatives; the insane Ninja H2 (reviewed here) with its lime green steel tube frame.

The Z900 has a very accommodating seat height (795mm) that allows the average-height rider to stay firmly flat-footed on the ground, and a more upright sporty seating position compared to both the Z800 and Z1000 offering comfort and control allowing the rider to adapt to various riding styles and conditions. The wide and flat handlebar is in a comfortable position that won’t make your arms tired after hours of riding. The foot pegs have a rubber top and are weighted to help reduce vibration and add to the overall comfort of the bike. 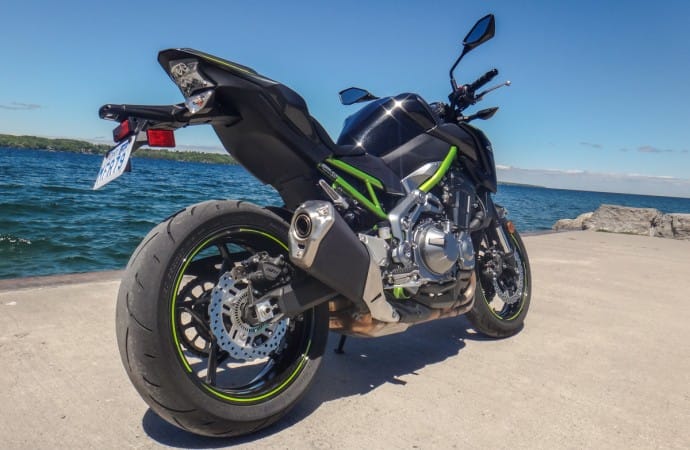 As far as modern motorcycles go, the Z900 maintains its roadster roots by doing without traction control, rider modes, and electronic suspension. The only electronic assistance is ABS which is optional. This is ideal for the purists who want to have full control without any electronic intervention. The Z900 is eager to take corners without being overly aggressive; the rider will still have a good feel of control over the bike. Power delivery is linear and crisp, with plenty of torque in the bottom end low RPM range. The bike loves being above 6000RPM, with very smooth delivery throughout the entire higher range and zero hesitation.

It’s hard to find anything to complain about with the Z900, but being very picky, the lack of a steering damper is a bit disappointing. One other minor complaint would be how close the muffler is to the throttle side foot peg. While it doesn’t get in the way while using the rear brake, I found my heel touching the muffler’s heat shield when just cruising on the highway a relaxed position. This doesn’t affect the comfort, or braking performance of the bike, just something that can be a bit annoying. Lastly, highway riding was a bit of an annoyance without the presence of a windshield; something typical for naked bikes. 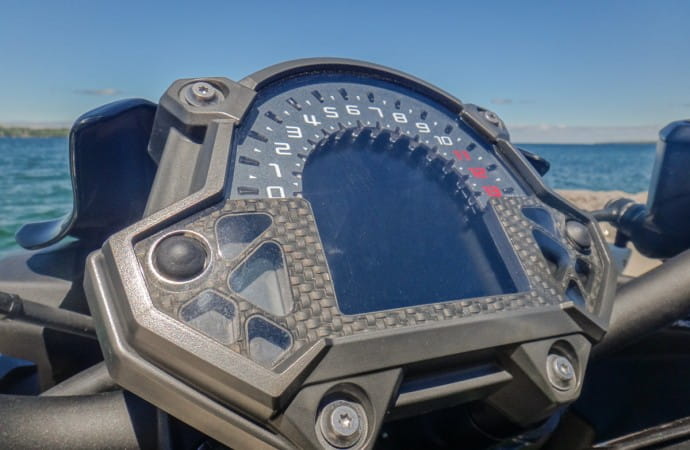 The exhaust has a lovely howling note that sounds better the higher you rev the bike, a sound that just leaves you wanting to turn the throttle at every possible opportunity. A lot of sound research went into crafting the Z900’s air intake note. While the Z1000 was the first Kawasaki motorcycle to undergo sound research, the Z900 is the second bike to have this done. The air box design, air inlet paths and intake funnel sizing all were designed based on acoustics testing, all of which collectively contribute to the Z900’s unique throaty sound that gets better the harder it works.

The rear shock unit and linkage are both strategically positioned above the swingarm, contributing to mass centralization, which in turn makes maneuvering the bike less of a workout. The extruded aluminum swing arm helps to reduce low unsprung weight, contributing to the Z900’s nimble character. The assist and slipper clutch is light and easy on your clutch hand, also minimizing wheel hop when aggressively downshifting. The Z900 also has an “Eco” notification that pops up on the cluster while riding the bike in a greener range. It was fairly easy to keep the bike in the eco-range, moreso than other models from Kawasaki. The Z900 also features a uniquely designed tail light that is shaped like a “Z” when lit up. It’s nice to see the attention to detail incorporated into this bike including lower engine cowlings, a clean under-tail section, rubber bar ends, and the carbon fiber look to the cluster. 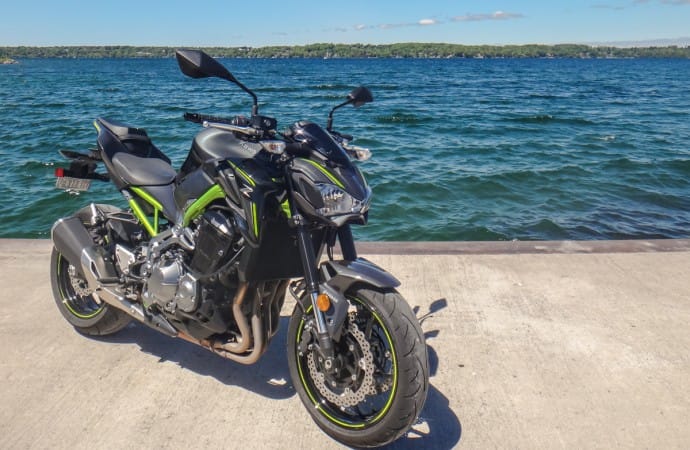 The 2017 Kawasaki Z900 is an awesome bike that is incredibly nimble and comfortable whether for days of continuous riding, or just zipping around the city. Kawasaki definitely took the good and left out the bad from the Z800 and Z1000, making the Z900 a perfect blend of the two. Its price point is also very affordable, coming in at $9,699 for the ABS version (as tested) and $9,299 for the non-ABS version. If you’re in the market for a super naked bike, definitely give the Z900 a look. 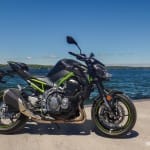 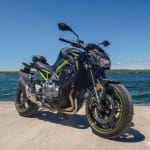 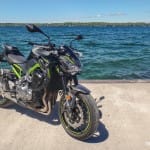 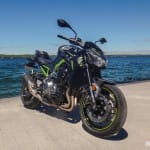 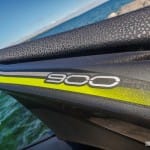 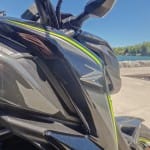 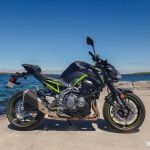 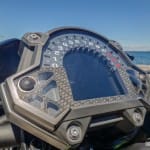 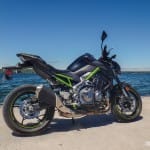 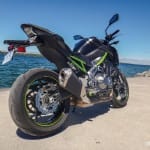 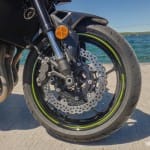 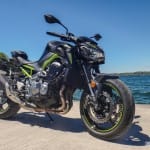 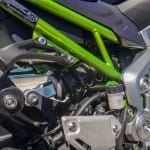 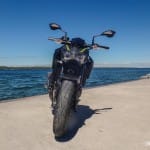 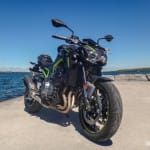 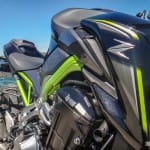