The Mazda6 is right up there with the most fun to drive, affordable family sedans.

After winning numerous awards worldwide with their recent lineup, it has become pretty obvious that Mazda is on a serious roll. Since the introduction of the CX-5 in 2012, closely followed up by the 2014 Mazda3 and 2014 Mazda6, and most recently with the launch of the 2016 MX-5 (see review here), they are closely becoming a brand that produces a competitive lineup of cars that set new benchmarks. Keeping all of this in mind, I was assigned the refreshed 2016 Mazda6 GT, complete with all of the bells and whistles, for a weeklong winter test to see if it really is a game changer within the midsized sedan segment.

From an aesthetic standpoint, the Mazda6 is stunning. The Soul Red Mica paint equipped on my tester is clearly the only way to go, setting off the car’s beautiful lines in the most perfect way possible. The proportions are dead-on, the wheels have a great design, and the car is sculpted to stand out from the sea of beige sedans on our roads. For 2016, the styling has been freshened lightly with a revised fascia, new wheel designs, and lighting upgrades. A subtle touch is the LED light bar that follows the bottom of the grille, activated with the low-beam headlights, making the car instantly recognizable at night.

Moving into the cabin, Mazda has worked their magic with the interior as well. Fit and finish is on point, with no awkward panel gaps or fitment issues. The vast majority of panels visible are soft-touch or piano black, and there isn’t much cheapness to speak of. Being a midsize sedan built to a $25,000 price point though, there are a few plastics in almost unnoticeable areas that can easily be overlooked. The seats are very comfortable and the driving position is also well above average for the midsize segment. Ergonomics are excellent, with Audi-esque touches like the volume control knob located beside the shifter – this would be very advantageous in manual transmission models.

Gone is the clunky TomTom-based navigation unit of the 2014-2015 cars, replaced by the HMI system we have seen in the latest Mazda3 and CX-5. After our long-term test of the 2015 Mazda3 last year, I became quite accustomed to this new setup and was immediately at home in the 6 GT. The HMI Commander is very easy to use and the system is responsive and aesthetically appealing. There’s also a heads-up display that provides turn-by-turn directions along with the standard speed display – this isn’t a common in this class, but Mazda also offers it in higher-trim models of the Mazda3.

Beneath the shapely hood of the 2016 Mazda6 lives a familiar motor, and quite possibly the only part of this car I didn’t fall head over heels for. The only powertrain option is the 2.5L SkyActiv inline four-cylinder engine. Geared towards its smooth demeanour and fuel efficiency, the SkyActiv is punchy but not as spirited as the rest of the car would lead you to believe. Its output numbers of 184 horsepower at 5,700RPM and 185 lb-ft of torque at 3,250RPM are modest but adequate for a naturally aspirated four-cylinder midsize sedan.

Don’t get me wrong – the Mazda6’s engine is not a bad motor by any means. The six-speed automatic is a worthy companion, with smooth and crisp shifts and included paddles for use in manual shift mode. Throttle response is equally sharp, and there are no doubts at all that my GT tester is a driver’s car in every sense of the word. In fact, Mazda is one of the only manufacturers (Honda being the other) to offer a manual transmission on top trim levels in this segment. The Volkswagen Passat and Subaru Legacy offer sticks on lower-end trims. The sporty suspension does a fantastic job absorbing bumps and potholes, and also goes great distances to eliminate most of the body roll around corners.

My issue with the engine revolves around Mazda not offering a more powerful or hotter version of the car. I know we probably won’t see another Mazdaspeed6 in the near future, but a turbocharged four or a naturally aspirated V6 wouldn’t hurt anybody. In fact, the Mazda6 is the only one amongst its tough competition to have a regular four-cylinder as the sole powertrain option. Although, I will say that to their advantage, this four-pot is easily my favourite in the industry. It’s impeccably smooth and the efficiency numbers offered by the SkyActiv technology are admirable.

Aside from the already-efficient SkyActiv powertrain, my Mazda6 was equipped with the i-ELOOP brake energy regeneration system. Included on the optional Tech Package, this feature is intended to use regeneration while braking to increase efficiency even more. Mazda suggests numbers of 8.5L/100km in the city and 5.9L/100km on the highway for models equipped with i-ELOOP. I wasn’t too far off, but did a considerable amount of city driving and experienced very cold temperatures. My result for the week was 8.0L/100km combined, and the 62L fuel tank (which will accept 87-octane) allowed me to go the entire week on one tank, only filling up prior to return.

Electrically assisted steering has almost become the bane of every car guy’s existence. A day doesn’t go by without me reading some sort of Internet rant about how artificial steering is destroying the purity of cars. The Mazda6 does have this type of steering, but it’s nicely weighted and definitely point-and-shoot. It may not have much in the way of analog feedback, but it’s still one of the better-handling midsizers out there. Rivals like the Toyota Camry (see review here) and Hyundai Sonata certainly have a lot to look up to, and the Mazda6 is right up there with the Honda Accord for the most fun to drive, affordable family sedans.

Pricing for the 2016 Mazda6 starts at $32,895 for the top-trim GT model, tested here. At this price it already includes everything one would expect, such as heated leather seats (front and rear!), in-dash navigation, Bose stereo with surround sound, and high-intensity discharge headlights. The $2,800 Technology Package with i-ELOOP on our car also adds satellite radio, Smart City Brake Support, Forward Obstruction Warning, radar-guided cruise control, lane departure warning, and high beam control. Factoring in the reasonable $300 for the optional red paint, our car stickered at $35,995 fully loaded.

It’s worth mentioning that this Technology Package cannot be had on the manual transmission model, so advocates of the third pedal will have to forego a few of the driver aids. It’s not a huge loss though, as most manual buyers dislike these assistants anyway, but I do find it odd that Mazda does not offer a satellite radio on manual transmission cars. This was also reflected in our top-trim Mazda3 GT long-term tester. Honestly, if a lack of satellite radio is the only real flaw buyers will notice, the Mazda6 must be an exceptional car.

Recently, on our discussion forum, there was a conversation where readers suggested that the Nissan equivalents were a better choice than the Mazda6, because the 6 in any trim supposedly lacks overall “refinement”. That very discussion prompted me to do this road test and evaluate it for myself. After spending an entire week with the 2016 Mazda6 GT, I can safely say that it remains at the top of my picks for this segment. Those who want an alternative should look no further than the 2016 Honda Accord (see review here), which is dead-even with the Mazda in almost every regard, though lacking the Mazda’s overall charm in favour of practicality and a more serious demeanour. Zoom zoom, my friends! 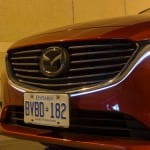