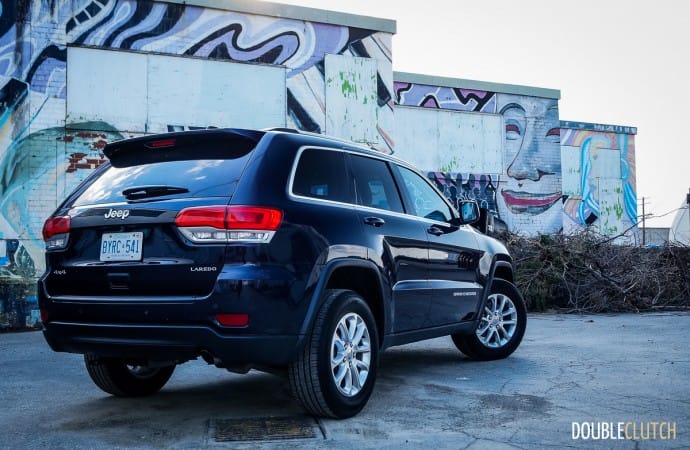 When it comes to driving away from the beaten path, few nameplates have enjoyed a better reputation than Jeep. For the last seventy-five years, the brand has been associated with competent off-roading and a muscular, go-anywhere attitude. Following some ownership changes involving including the likes of the American Motor Company and now Fiat Chrysler Automobiles, the current Jeep lineup stays true to its roots, yet still manages to keep up with the demands of today’s car buyers. Recently, a True Blue Pearl 2016 Jeep Grand Cherokee Laredo 4X4 spent a week in the DoubleClutch.ca garage for some rigorous evaluation. Grand Cherokees in higher trim, including those powered by diesel engines, have been tested before, but the base Laredo is the volume seller that most people will be looking at. 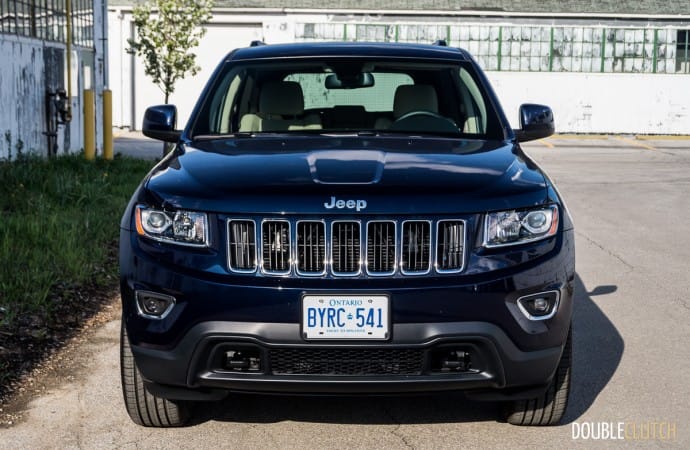 With an as-tested price of $46,635, the Grand Cherokee Laredo came reasonably well equipped. Standard equipment included an eight-way power adjustable driver’s seat, leather wrapped steering wheel, and a pushbutton start system. Options on the test car included the $1,495 All-Weather Capability Group package, which adds the Quadra-Trac II 4WD system (with low range capability), heated front seats, heated steering wheel, as well as tow hooks and a remote start system. An upgrade to the 8.4-inch UConnect system was $800, but did not include navigation. For $695, 265/60R18 alloy wheels and tires replaced the standard 17-inch units, and for $750, a rear back-up camera was added. Overall, this level of equipment on the Grand Cherokee is not as competitive with the likes of the Toyota 4Runner (reviewed here), which brings extra interior luxuries (leather, navigation) and off-road goodies for about the same money.

On the other hand, the Grand Cherokee still offered several competitive advantages against the Toyota; ride quality and road manners are a step ahead, and thanks to its car-like unibody frame, the mid-size Jeep drove more like a sedan than a truck. With independent suspension at both the front and rear, ride quality was firm, but body control always maintained its composure. The steering is very light, and while that doesn’t allow any sporting intentions to come to mind, maneuverability is a strong suit; drivers will have no difficulties piloting the Grand Cherokee around town. Over the road, highway cruising was extremely quiet, with the laminated side glass helping to filter out road and wind noise. All these things combined made the Grand Cherokee an excellent vehicle to drive long distances with. 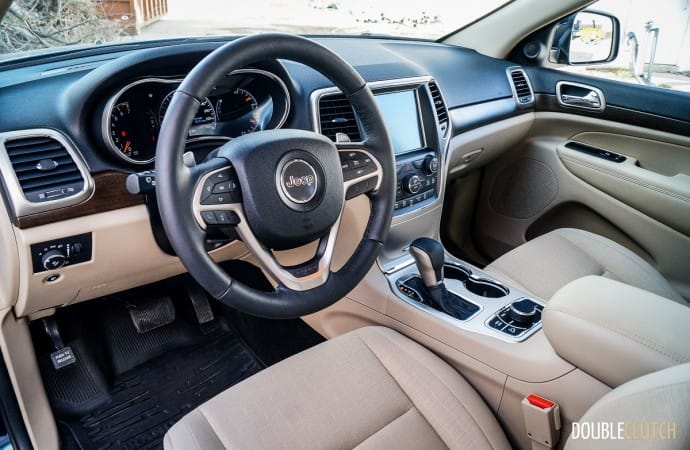 As a truck, the V6-powered Grand Cherokee is a capable machine that can handle just about anything that’s thrown at it. Towing capacity is a very respectable 2,812 kilograms (6,200 pounds), which improves by about 450 kilograms (1,000 pounds) when V8 or diesel engines are selected in the upper trim levels. Ground clearance is 218 millimetres (8.6 inches), which will help drivers clear both snow drifts and speed bumps. With the optional Quadra-Trac II four-wheel drive system, the Grand Cherokee gains 4WD low range functionality with a two-speed transfer case. The low range is especially useful in rock-crawling or extreme slope conditions. A control dial also gives drivers the option of Snow, Sand, Mud, and Rock driving modes, which optimize the 4WD system to the driving conditions at hand.

Under the hood, the Laredo was equipped with Chrysler’s ubiquitous 3.6-litre Pentastar V6 engine. With 295 horsepower and 260 lb-ft of torque, the torque curve definitely favoured the high end of the rev range. As with other Pentastar-powered vehicles tested, the engine wakes up once the tachometer sweeps past the 3000 rpm mark. Thankfully, there’s an excellent 8-speed automatic backing the V6, which keeps the revs in the sweet spot and prevents the Grand Cherokee from ever feeling laboured. The extra cogs in the gearbox also help in the fuel economy department – the Jeep is rated for 12.8 L/100km in the city, and 9.5 L/100km on the highway. Observed fuel economy for the week was a very respectable 11.8 L/100km in mixed driving. Having a transmission such as the eight-speed has made a world of a difference – the four-speed automatics of yesteryear would have consumed significantly more fuel while offering significantly poorer performance. 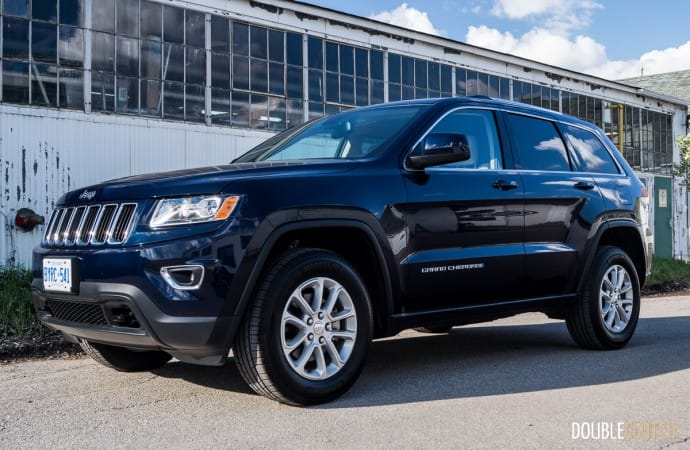 On the inside, the cloth seats of the Grand Cherokee are spartan, but do their job well and provide a reasonable amount of support for long trips. Rear seat legroom is more than adequate for both adults and children, and the second row folds flat in a 60/40 split. Interior cargo space is hampered considerably due to the addition of a full-size spare tire under the floor. This means that many smaller crossover SUVs will have more usable space in the real world, but having the full-size spare is indispensable during off-road use; a donut space saver spare would prove mostly useless in this area. Fit and finish is particularly good, and one of the nicer touches is the inclusion of faux open pore wood trim across the dash and door panels. It’s a very well executed and classy touch, especially considering that fake carbon fibre has been a tacky inclusion on many cars over the last decade.

The ergonomics and button layout are strong points, as has been the case with Fiat-Chrysler products equipped with the wonderfully intuitive UConnect 8.4 system that features a touch screen that’s – you guessed it – 8.4-inches in size. Media connectivity through Bluetooth is easy as pie, and the main menu can be customized for functions as the driver sees fit. The climate controls get their own dedicated buttons underneath the touch screen, which helps keep drivers’ eyes on the road when adjusting temperature and fan settings. The gauge cluster features a 3.5-inch screen, which shows speed and a configurable information centre, showing items such as transmission fluid temperature or fuel economy. 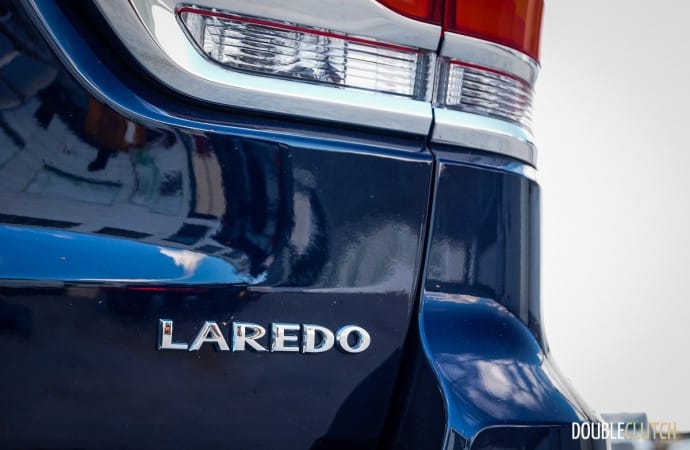 All in all, the 2016 Jeep Grand Cherokee Laredo possesses great road manners, a solid powertrain, and a smartly designed interior that is sure to make it a good choice in the mid-size SUV segment. While many of today’s urban-biased crossovers struggle when the going gets tough, the Grand Cherokee maintains the Jeep mantra. It proves that you can both have your cake, and eat it too, when it comes to performing on both pavement and dirt.

In its price range, the Toyota 4Runner would be the archrival to the Grand Cherokee – expect the Toyota to lean toward the truck side of the equation, with lesser road manners, but greater off-road prowess. In terms of feature set, the Trail Edition comes close in price, but adds extra features like SofTex (“leather”), navigation, and rear locking differential. The Jeep’s trump card is a considerably more modern powertrain, with the main advantage being the eight-speed automatic compared to the Toyota’s five-speed unit. At the end of the day, between the two cars, buyers will pick between the on and off-road balance they like the best. 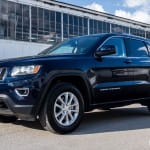 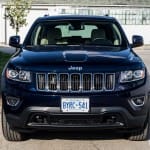 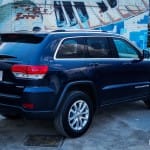 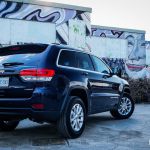 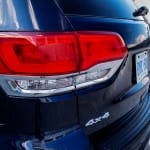 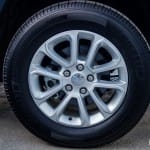 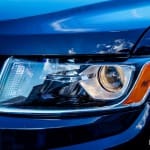 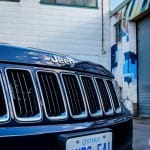 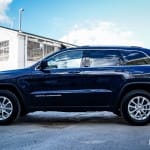 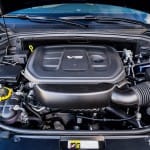 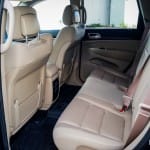 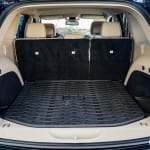 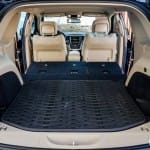 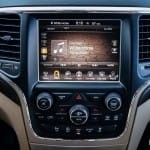 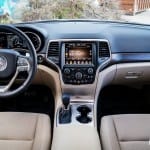 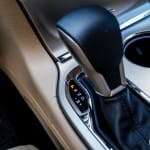 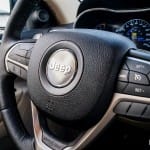 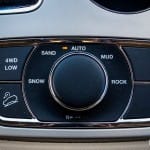 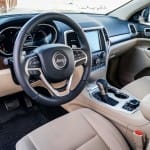