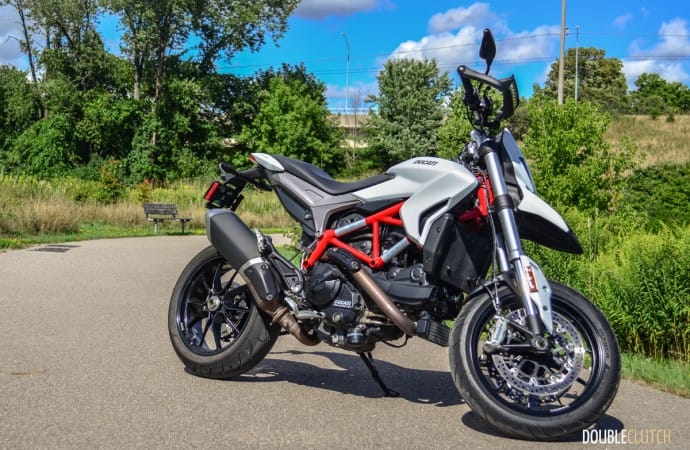 The Hypermotard may look like a supermoto, but it handles more like an extra agile naked bike.

I had gotten off my old Kawasaki Ninja 250 before I threw a leg over the 2016 Ducati Hypermotard 939, and boy was I sad to get back on that Ninja afterwards. From the first time I twisted its springy throttle, to the last time I felt the 43mm forks compress under the force of the big Brembo brakes, I was having the time of my life riding the Hypermotard 939. 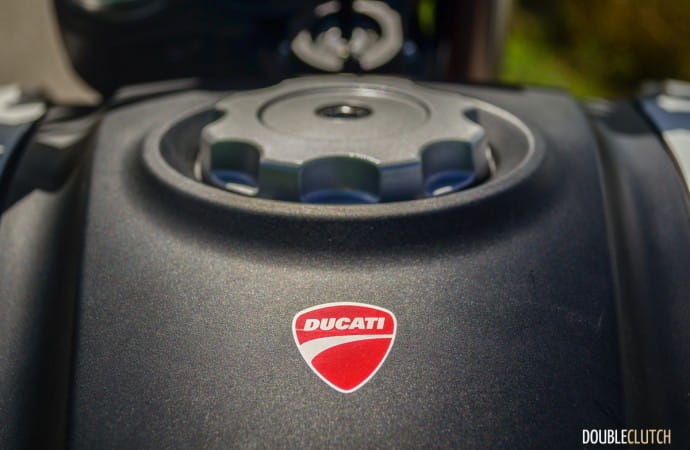 This Ducati makes you feel like the king of the dirt track. Immediately, the Hypermotard thrusts you into the riding position of a supermoto, sitting upright with your hands gripping the wide and tall handlebar. When you turn it on, that’s when it tempts you to play. This bike is constantly begging to be ridden harder and faster (ahem). And it’s hard to turn down, too. That being said, it should be noted that the Hyper wouldn’t actually be a fantastic dirt bike. Though it does have the proper riding position and feel, the motor, suspension, and lack of knobbies make it a much more street-oriented bike. Then again, it all depends on how well you can ride (needless to say, I didn’t try it).

For 2016, the Hypermotard’s L-Twin was given a boost in displacement from 821cc to 937cc. Horsepower, as a result, increased by 4 from 110hp to 114hp, but at a lower RPM than the year prior. Torque is where the bulk of the power change is noticeable. The 939’s motor is much torquier than its predecessor; the modification to the engine was an increase in the bore. In first gear, it doesn’t take much to get the front wheel off the ground, so play with caution (or don’t). 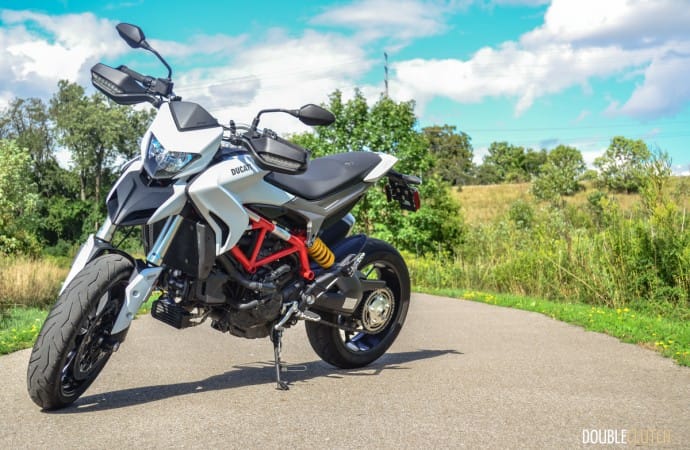 The fuel injection system is a bit tricky to get used to (as it varies greatly based on the ride mode you have selected), but it is incredibly precise and smooth. The ‘slow-zone’ before the throttle opens up is handy for navigating low-speed manoeuvres, and greatly appreciated on a torquey machine such as the Hyper.

Also appreciated as a safety net is the variable ABS, which comes standard on the Hypermotard. This is a necessary feature on a bike that continuously pushes you to ride harder. The existence of riding modes is also crucial to controlling this beast safely. The Hypermotard comes with 3 riding positions, Sport, Touring, and Urban. Each mode utilizes the Ride by Wire (RbW) system in a different way. The Sport mode provides the most direct throttle response, also reducing intervention from DTC and setting ABS to the highest braking efficiency. In Touring mode, throttle response is more gradual, and there’s more electronic intervention. Finally, Urban Mode cuts horsepower to 75hp, and sets electronics to max intervention. I left it on Sport most of the time, but noticed a drastic difference in power delivery as I switched through the modes (a good sign, the RbW system works well!). 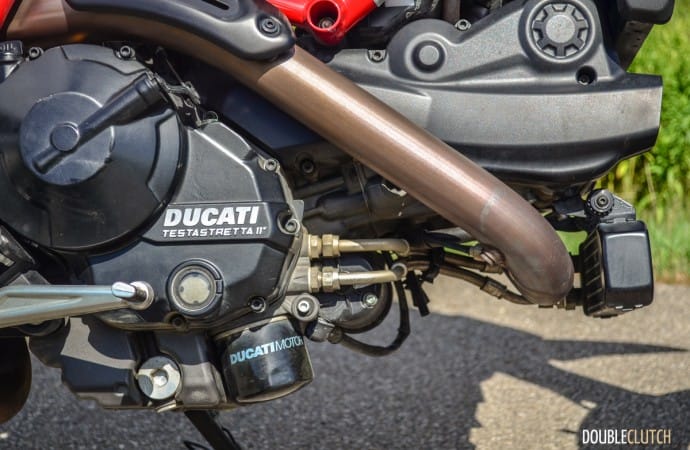 The Hypermotard may look like a supermoto, but it handles more like an extra agile naked bike. The suspension has been set up with a firmer damping than usual, and it takes corners with amazing confidence. It’s a comfortable ride too. The seat isn’t too hard, the suspension is soft enough to soak up sizeable potholes, and supermoto ergonomics are impeccable. Even though the windscreen is small, it does a great job of directing air away from your chest too! I wouldn’t mind commuting on this bike in the slightest.

Aesthetically, the Hypermotard is a bit of a hit and miss. To those who are in love with the supermoto look, though, this bike will catch your eye for certain. The exposed, bleeding red trellis frame oozes excitement (I clearly fall in the former category), and it can be yours for $13,595! If you want to go for the SP model, it’ll cost you an extra three grand, but it’s well worth it. The standard forks are replaced by fully adjustable Öhlins suspension, along with a few other changes (ground clearance!). I have to say, the Ducati Hypermotard 939 was one of the most exciting bikes of the summer. Now, I just need to find myself an SP. 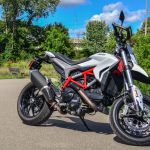 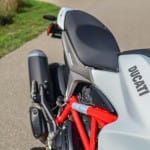 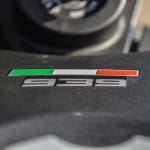 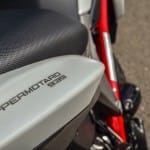 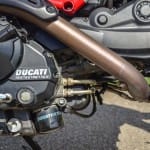 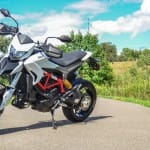 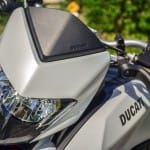 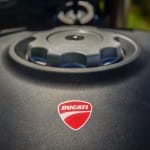