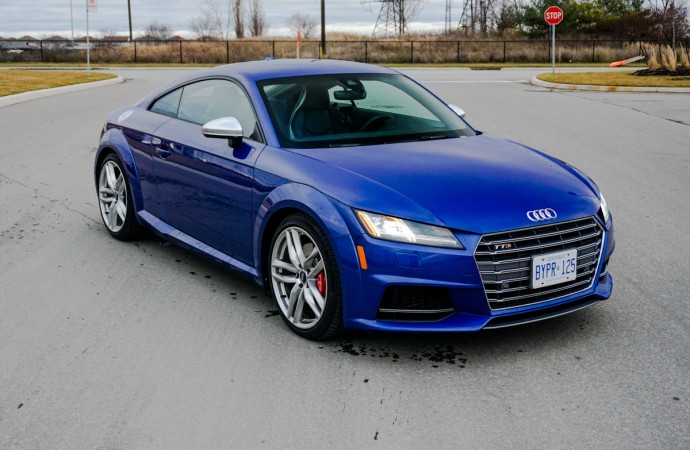 It’s an exceptional sporty coupé that checks off the right boxes for a lot of people.

I’ve made it no secret that I pour the proverbial Kool-Aid for Audi performance vehicles. The reality is; recent Audis have captured exactly what it is about automobiles that ignited my passion as an enthusiast in the first place. Elegant lines that undoubtedly age well, wonderful engineering, and the latest in simplistic technology – all of these factors comprise the recipe for what I consider to be the ideal vehicle. As of late though, the MMI infotainment used in most Audi products has begun to look dated, and a heavy refresh was required. I was one of the first Canadians to get a home soil test of a 2016 Audi TT-S, complete with the brand’s first application of the Virtual Cockpit technology. 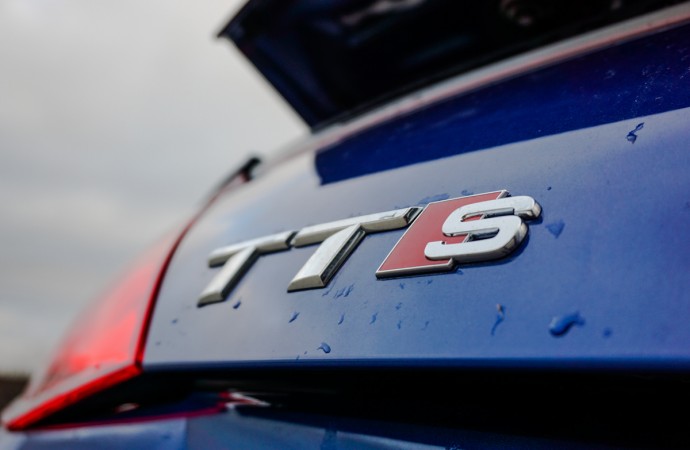 The TT has always been in an awkward place in the market. Largely regarded as a “girl car” or a “rich man’s Beetle”, I’ve maintained that the sleek little coupé possesses many good qualities. The 2016 model marks the debut of the third generation for the TT, and it continues to be based on the Golf platform. Since the Golf was redesigned for 2015, this all-new chassis (codenamed “MQB”) also carries forth here. The TT’s platform sharing within the Audi family means it’s a sibling to the A3 and S3. MQB is one of my favourite new chassis’ out there, it provides tons of versatility and is easily adaptable to focused, sporty applications like this TT-S.

What differentiates the TT-S from the standard fare TT lies under the hood. The S still maintains the EA888 2.0L turbocharged four-cylinder as the regular model, but it has been beefed up significantly and given a lot more boost. The result is the same powertrain that powers the Audi S3 and the Volkswagen Golf R. Output is 292 horsepower at 6,200RPM, and 280 lb-ft of torque, peaking at just 1,800RPM. Power is sent to all four wheels thanks to the Haldex quattro all-wheel-drive system. Despite being a front-based all-wheel-drive system, the TT-S is able to send all of the torque directly to the rear wheels through an electronically-managed clutch. 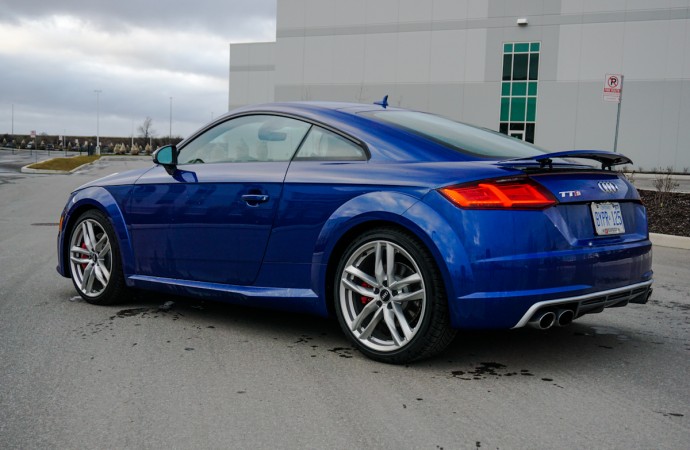 Purists will be sad to hear that the six-speed manual offered on European-spec TTs is not available in North America, but it’s not all bad. The only available transmission is the six-speed S-tronic dual-clutch unit. This is the same unit that Volkswagen calls DSG and implements in the Golf R, and it’s a truly wonderful one. Shifts can be done manually if you so desire, either via paddles on the steering wheel or on the shifter itself. Even if left in “S” to do its own thing, S-tronic is almost telepathic and knows exactly what to do and when to do it. On spirited shifts, there’s a great burble from the exhaust confirming your move, and the downshift blipping is equally satisfying.

Okay, so the numbers are good, but how does it actually drive? The TT-S is one of the most satisfying compromises I’ve driven in a long while. I say compromise because it’s not exactly a focused sports car, but it has all of the qualities of a sporty daily driver without many of the drawbacks of, say, a Subaru WRX STi or a Scion FR-S. There’s virtually no understeer and the TT-S turns into corners very quickly. The steering is electric, but the response is incredible and the excellent ergonomics make it even easier to toss around twisty roads. Even with stability assists turned off, the car is just very confidence inspiring.

Audi’s Drive Select is capable of adapting the suspension damping, steering weight, engine, transmission, and even engine sound, in an attempt to tailor the driving experience perfectly for the user. The “Individual” setting allows each of these variables to be selected between “Auto”, “Comfort”, and “Dynamic”. Obviously, the most spirited and focused preset is “Dynamic”, which I enjoyed very much. Damping is very good, but I found the ride of the TT-S to be a little bit too harsh, even in the “Comfort” setting. Driving through Toronto’s pothole-ridden streets with the suspension in “Dynamic” mode is next to impossible.

Simplicity is the name of the game inside the TT-S, and this theme is going to continue into all of Audi’s upcoming models, starting with the forthcoming Q7 and A4. Minimalism is emphasized by putting all of the major controls within the Virtual Cockpit; more on that a little bit later. The climate control system is adjusted via three convenient knobs, located on the center of the vents themselves. The outward-most vents hold the heated seat controls, and the vents on the center stack house the climate adjustment. The only actual buttons other than MMI controls are for Audi Drive Select, the hazards, stability control, and manual control of the rear spoiler. 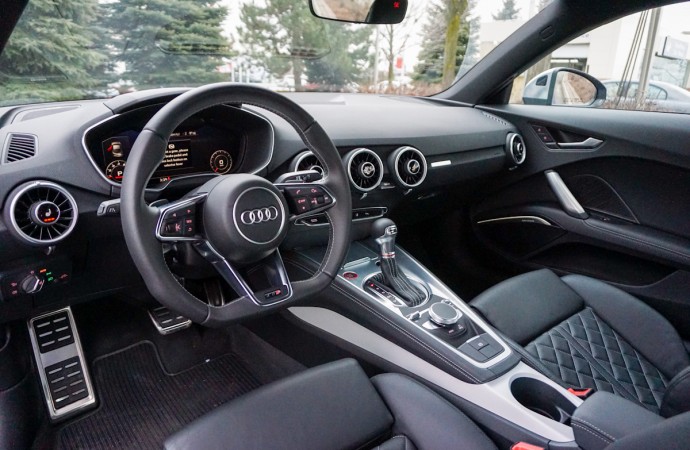 Interior accommodations within the TT are exactly what I expected from a small sports coupé. Ergonomics are at a near-perfect level, and everything is accessible within the driver’s reach. The seats are fantastic, and our car was equipped with the Pneumatic Bolsters which are adjustable as well. Getting in and out of the car was no problem, and the frameless windows are a nice touch. The TT’s small dimensions make parking and quick U-turns a breeze. This is a very livable car, year round, in almost any type of climate – full kudos to Audi.

Virtual Cockpit is the future of Audi’s infotainment. It’s actually simpler than it seems – this system integrates multimedia, navigation, on-board information, and telematics into the instrument cluster. The display itself is a 12.3” TFT display, capable of full customization and compatible with future updates. There are a series of different views to Virtual Cockpit, which are toggled by buttons on the steering wheel. Those familiar with MMI will find the learning curve much easier than others, but it’s all pretty user-intuitive regardless. 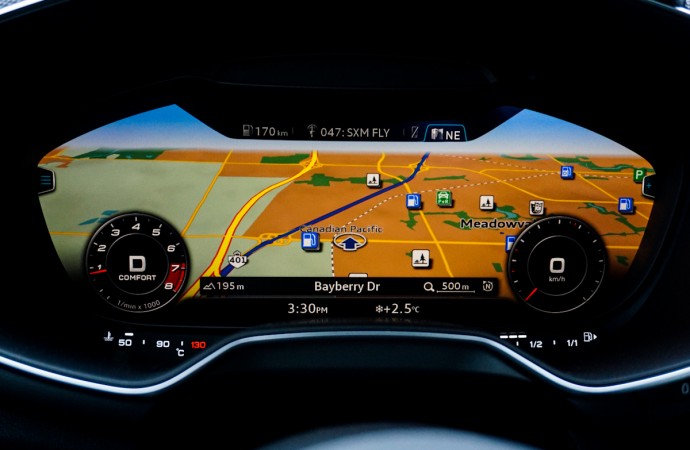 The “Navigation” view on Virtual Cockpit is probably my favourite, because it’s capable of displaying a full 3D map, including major buildings within the downtown core, right in front of the driver. Gone is the need to have to look over to a screen mounted in the center of the dashboard; it’s all right there. The speedometer and tachometer are both shrunk, and placed conveniently in the corner of the screen. Other markets get Google Maps and Google Earth compatibility, including Street View. Canadians don’t receive this or AudiConnect’s other features just yet. In the standard view, the tach is up front and center, with the speedometer digitally displayed within it. The navigation/media and trip computer are located on the outside edges of the screen. It’s all very slick, and if you find the steering wheel controls not intuitive enough, there’s a standard MMI hockey-puck controller (capable of reading pinch-to-zoom!) to the front of the center armrest.

Audi has priced the TT-S competitively with a base sticker of $61,900. Adding onto that, our car had the Driver Comfort Package ($1,400), which adds Audi Parking System, intelligent key, rear camera, and blind spot assist. The Navigation Package ($1,800) adds navigation within the MMI Virtual Cockpit, Pneumatic Side Bolsters are $300, Bang & Olufsen audio is $950, Audi Lane Assist is $650, red brake calipers are $400, and the beautiful Sepang Blue paint job is an additional $890. The total sticker on our tester was pushing the $70,000 mark, which is getting dangerously close to Porsche Boxster S territory. 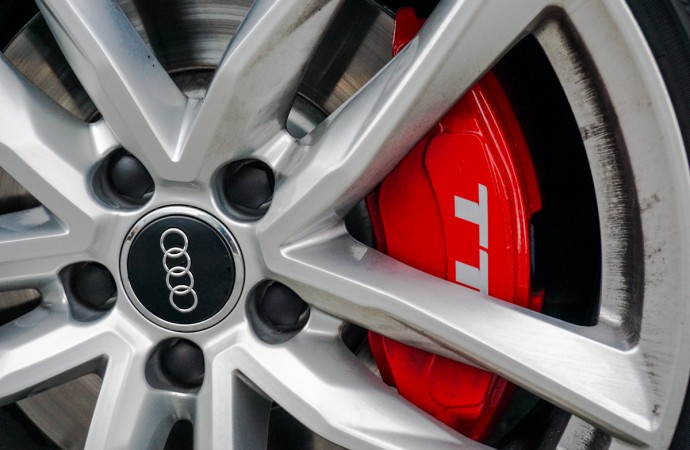 Those keeping count will notice that this TT-S is about $15,000 more than the base price of the S3, which uses the same powertrain, platform, and has the added practicality of four doors. Regardless, the TT is a bit of a premium fashion statement and is priced as such. The LED headlights and aggressive styling of the new TT is definitely reminiscent of the brand’s flagship R8 supercar, and the electronically deployable rear spoiler only adds that upscale touch. I’m a huge fan of the styling, and at 6’1, fit very comfortably into the front seats of the TT. However, the rear seats are for luggage and/or decoration only – even children will find these accommodations unacceptable.

The 2016 Audi TT-S does a lot of things very, very well. It’s an exceptional sporty coupé that checks off the right boxes for a lot of people. Its lovely driving dynamics make it an eager dance partner, and the history and proven longevity of the 2.0L engine render the TT-S a surefire candidate for further tuning, if so desired. As it is though, if you don’t need the rear seats and love the low, sexy styling of the TT-S, it’s an unbeatable choice. For us, the TT-S highlights the new Virtual Cockpit technology for all of Audi’s upcoming models, demonstrating a bright future ahead for the brand. 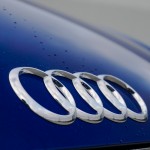 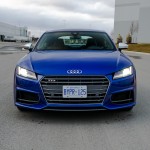 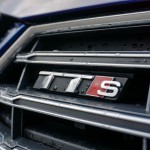 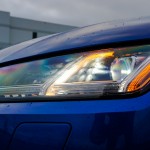 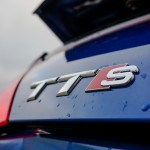 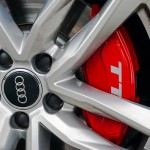 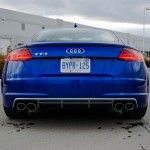 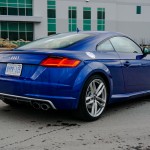 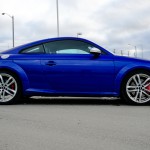 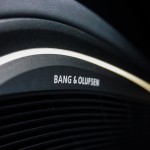 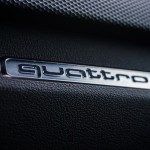 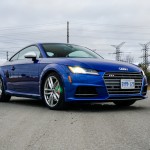 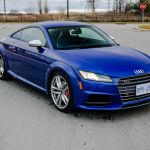 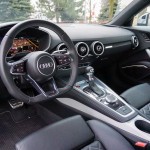 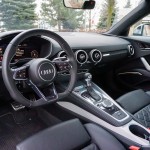 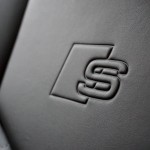 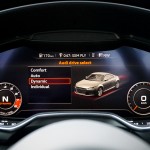 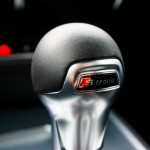 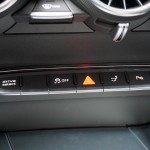 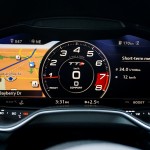