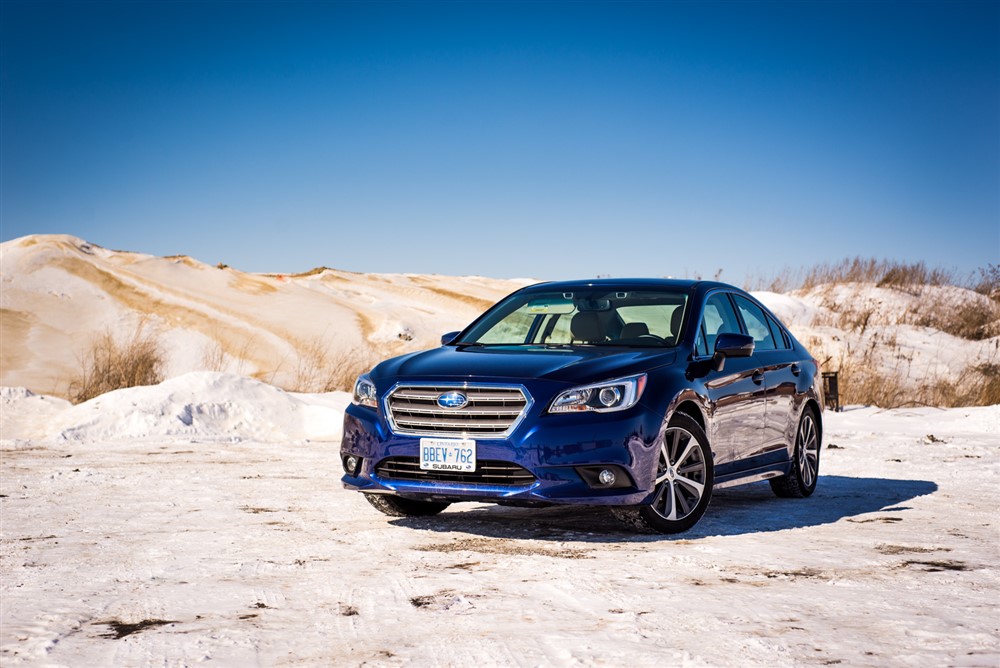 Our take on this year’s Canadian Car of the Year |

The symmetrical AWD system has seen ubiquitous use across the Subaru lineup board.

It’s no secret that Subaru has been the longtime champion of all-wheel-drive. A simple look at the World Rally Championship will tell you that. Their symmetrical AWD system has seen ubiquitous use across the board and now has become synonymous with the masses as the car to own during tough Canadian winters. While the company has seen incredible breakthroughs in the mainstream market with the Impreza, the company has always balked at the task of making inroads in the family sedan segment. This, if you think about it, is kind of funny given the versatility and surefootedness their symmetrical system brings to the table. Nevertheless, Subaru has worked hard this time around in hopes of taking a spot in the coveted family sedan market.

The tester I had was the 2015 Subaru Legacy 2.5i Limited with the Tech package. I’ve always loved the Legacy models of the late 90s and early 2000s. Somehow, with each ensuing generation, the car got larger, and a bit more more awkward-looking. Like a teen going through their awkward junior high school years, the Subaru peaked in its fifth generation. Now for 2015, Subaru scaled back on the awkward factor and added a little bit of flair in their design to make the car look attractive yet conservative enough for Camry and Accord buyers. It’s a step in the right direction for sure.

Yes, the combination between the 2.5L horizontally-opposed four cylinder and the symmetrical all wheel drive is what defines a Subaru. This one doesn’t disappoint, the 175 horsepower engine offers a lot of pep, and revs nicely. Thanks to the torque-vectoring, throttle tip-in is a bit jerky and can take a bit of getting used to, especially from those coming out of this midsizer’s competitors. Our Canadian market does get a 6-speed manual on lower trim levels, but the Limited is only available with the CVT. It’s not all bad news here, because although Subaru’s CVT got off to a slow start, the setup is particularly good now and is their best application yet. Manual mode is a bit goofy, because we don’t really get the point of simulating gears on a CVT, but such is demand in this segment. 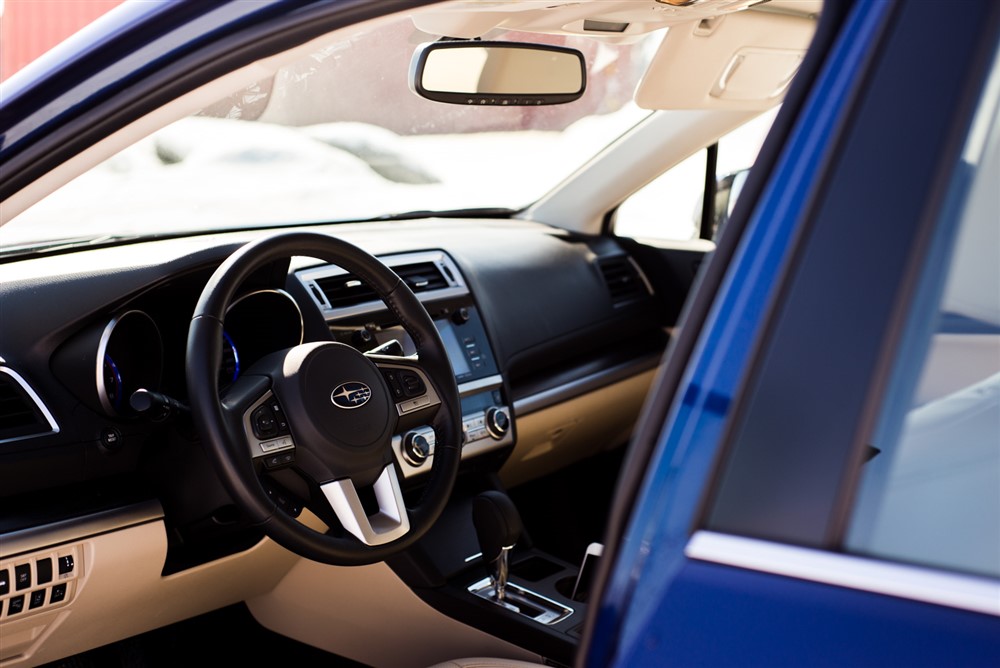 The transmission overall offers an incredibly smooth driving experience, which a lot of small families look for in their grocery getter. The Legacy is a great family grocery getter, daily commuter, and represents Subaru’s grown-up option alongisde hardcore WRX STi. I will say though that with the 2.5L engine, trying to get the 3400-pound Legacy pass on the highway can cause it to protest a bit, and when it protests, it’s loud. On the other hand, low-end torque is ample and allows the car to zip around the city with ease. This really is a car with a dual personality, because even on longer highway jaunts, the Legacy feels incredibly planted. The new quick-ratio electric steering offers a fair amount (as far as electric steering goes) of feedback and the car handles the twisties admirably.

Inside, Subaru has upped their game with their Starlink system with optional navigation. The unit itself features a capacitative touch screen and is remarkably simple to use. The seats are comfortable for both short and longer hauls and the area around the infotainment unit features piano black trim and some very classy looking backlit capacitative buttons. The real star of the show is Subaru’s EyeSight technology. The package offers a host of safety aids for even the most oblivious of drivers. My personal favourite is the sensors that detect when the car in front has moved. The Legacy will display a small warning sign and a sound notification in the car that the car in front has departed. The rest of the system is pretty standard with collision warning, lane departure, and adaptive cruise control. One feature that sets Subaru’s EyeSight apart from the rest of driver’s aids is the pre-collision braking system. If the car detects a panic braking situation the car will automatically slow or completely stop the car, a neat feature that has actually worked for me once. 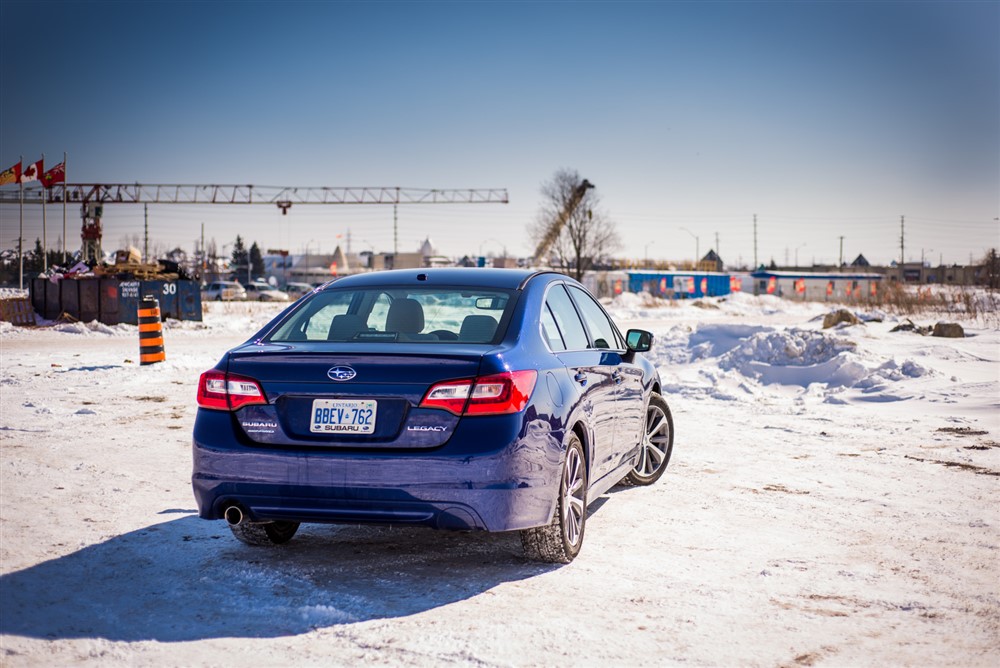 At the end of the day, the Legacy should be Subaru’s biggest mainstream success yet. The Lapis Blue Pearl tester that I had for the week topped out at a price of $32,395, which, if you think about what the car has to offer is quite a fair amount of value. Subaru faces some stiff competition against the likes of the Mazda6, Honda Accord, and Toyota Camry. Yet, while the car may have some quirks, it makes up for this in driving dynamics, safety, and cargo space. Last but not least, let’s not forget how many other mainstream family sedans offer the unrivaled legacy (pun intended) of Subaru’s symmetrical AWD? Additionally, thanks to EyeSight, it remains the only mainstream sedan in its segment to offer a full suite of driver aids. One thing that has been done right here is instilling “Confidence in Motion”, and that’s something that should be on the back of every potential shopper’s mind. 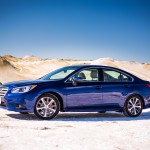 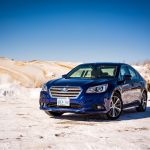 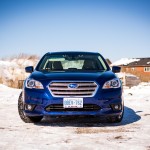 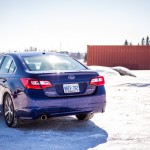 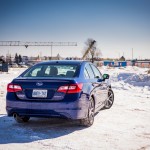 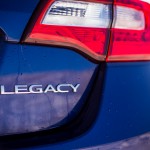 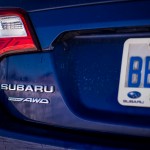 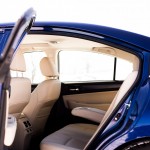 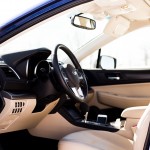 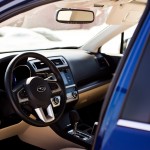 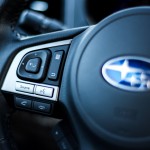 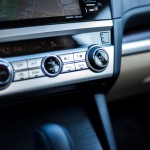 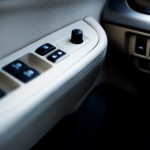 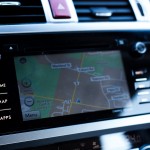 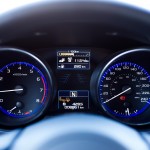