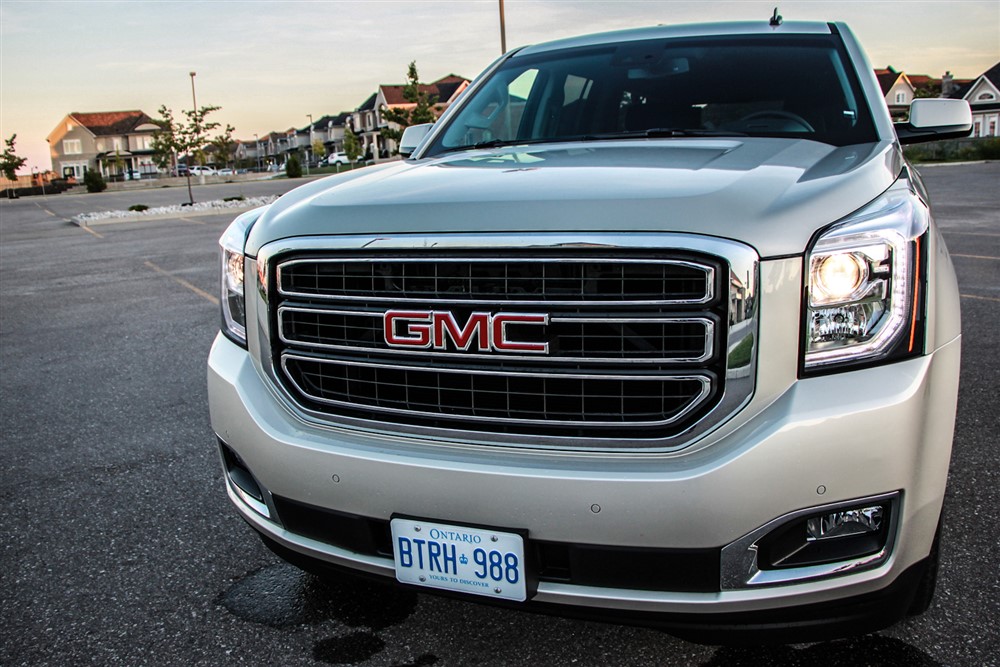 My dad is a GM guy. Therefore, while growing up, there were always a couple of GMs on the driveway to keep commuter mileage off his Camaros in the garage. I always wished that he splurged and put fuel mileage priorities aside in order to have a Yukon Denali. They may be similar to the Suburban/Escalades, but there has always been something about the Yukon that I found appealing. For 2015, all three (and also the Tahoe) have received a full redesign, and we recently took a road trip with the latest Escalade ESV. I decided to spend a week commuting with the 2015 GMC Yukon XL SLT and see how it holds up to my daily grind. 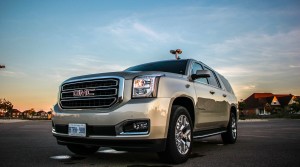 At 224.3″ in length, the Yukon XL is big. I met up with the rest of the DoubleClutch.ca team for our weekly vehicle evaluation in a large parking garage, and my team couldn’t help but laugh as I piloted the full-size SUV into a regular-sized parking spot in a local parking garage. I don’t have an issue with its size though; those who don’t want the extra length can easily opt for the standard Yukon or the Tahoe, which are otherwise identical. The interior space on the Yukon reflects its exterior size; it’s cavernous inside. This is the perfect week-long road trip vehicle for a family with grown children.

While the Denali model shares the Escalade and Camaro’s 6.2L V8, the Yukon and Suburban get a 5.3L 8-cylinder with cylinder deactivation to save fuel. It puts out 355 horsepower and 383 lb-ft of torque. This is a considerable improvement over the previous generation, which had numbers of 320/355, respectively. I never found myself hunting for power with the Yukon XL; throttle response isn’t the sharpest but after it’s rolling, the Yukon gets out of its own way pretty quickly. After all, it’s a big SUV, not a sports car. The engine note of the 5.3 is pretty great too, it’s authoritative and shows that it means business. 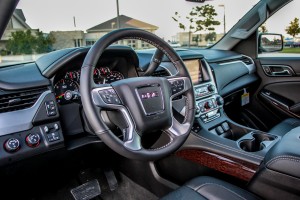 Despite its size, the Yukon actually handles pretty competently as well. It’s not something that begs you to carve corners or take your favourite curvy backroads, but it’s surprisingly stable and doesn’t wallow at speed. Parking is easy too – the huge mirrors, rear-view camera, rear parking sensors, and decent steering wheel response helps with this. Fuel economy isn’t exactly a strength of the truck, but, like its sibling the Sierra, it has cylinder deactivation and can operate on just four cylinders at steady speeds on the highway. Other than the base 2WD Yukon, all models come with the new single-speed Autotrac 4WD system. Because I had the Yukon in September, I didn’t get a chance to actually use any mode except 2WD, but I can personally attest to GM’s ability to make a quality 4WD system.

I was initially supposed to be driving a Yukon XL Denali, but at the last minute had to be switched into the “lesser” SLT model. However, at an MSRP of $75,000 as-tested, there’s no “lesser” vehicle here. Other than the 6.2L engine, there isn’t much you’d be missing from the Denali model from the cockpit. My SLT came with huge, cushy leather seats (heated and cooled), the full navigation suite, Bose stereo, a power sunroof, two rear-seat entertainment screens with Blu-Ray capabilities, and chrome running boards. Exterior wise, my Yukon was painted in Champagne Silver Metallic and sported 18″ wheels. 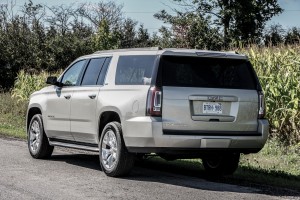 Typically with every test car I have, I get asked questions by both car people and non-car people. With the Yukon, I received more observations than questions. I kept hearing “Man, that’s big” or “You must live at the gas station”. The only real question I got was about the fuel mileage. On the highway using the cylinder deactivation, I was able to get the Yukon down to 12.5L/100km. This is right in line with other huge SUVs, and given the fact that it can get away with regular fuel, isn’t that bad. City-dwelling Yukon drivers might suffer a bit more – my city mileage was as bad as 17L/100km. My average over my test week in about 75/25 highway/city driving was a perfectly livable 13.2L/100km.

When I found out that I was driving a regular XL SLT rather than the XL Denali, I was a bit disappointed. After spending the week with the SLT though, I actually started to like it quite a bit. In fact, I like it a great bit better than the Escalade ESV we had a couple months ago – the GMC infotainment unit is just so much easier to use. There are actual buttons for main commands, and the touch screen is much more responsive than the Cadillac CUE system. I do think the 18″ wheels on the SLT look a bit small though; I’d opt for the 20″ option. 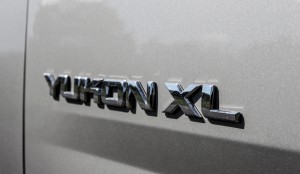 The 2015 GMC Yukon XL is actually an incredible full-size SUV. The Ford Expedition, despite having recently received a full facelift, still feels a bit old. The Nissan Armada is no more, and the Toyota Sequoia has a face I’m not really a fan of. For those who actually need the space and/or towing capabilities, the GMC is a great choice. It feels just as premium as the Escalade on the inside, and it’s worth every bit of the asking price. Plus, there’s enough room inside for each passenger to have their own postal code, so nobody will be complaining about the invasion of personal space on road trips. 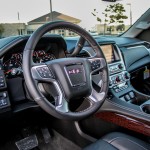 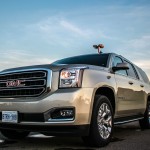 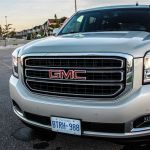 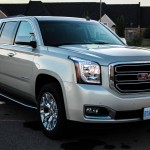 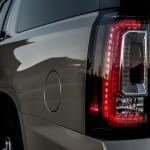 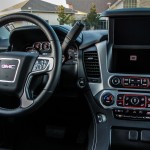 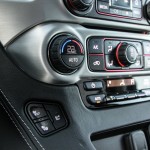 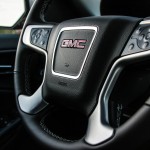 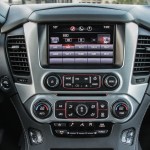 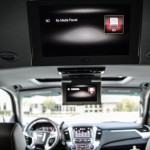 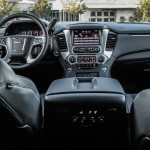 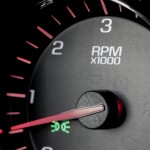 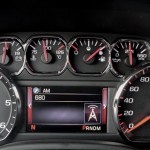 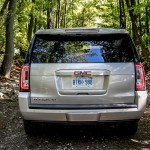 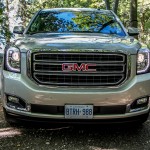 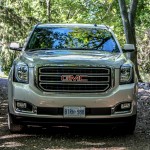 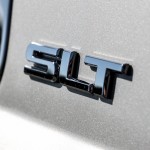 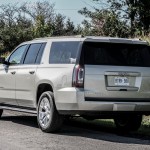 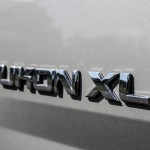 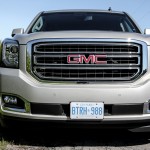 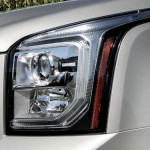 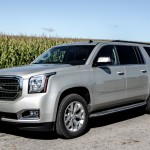