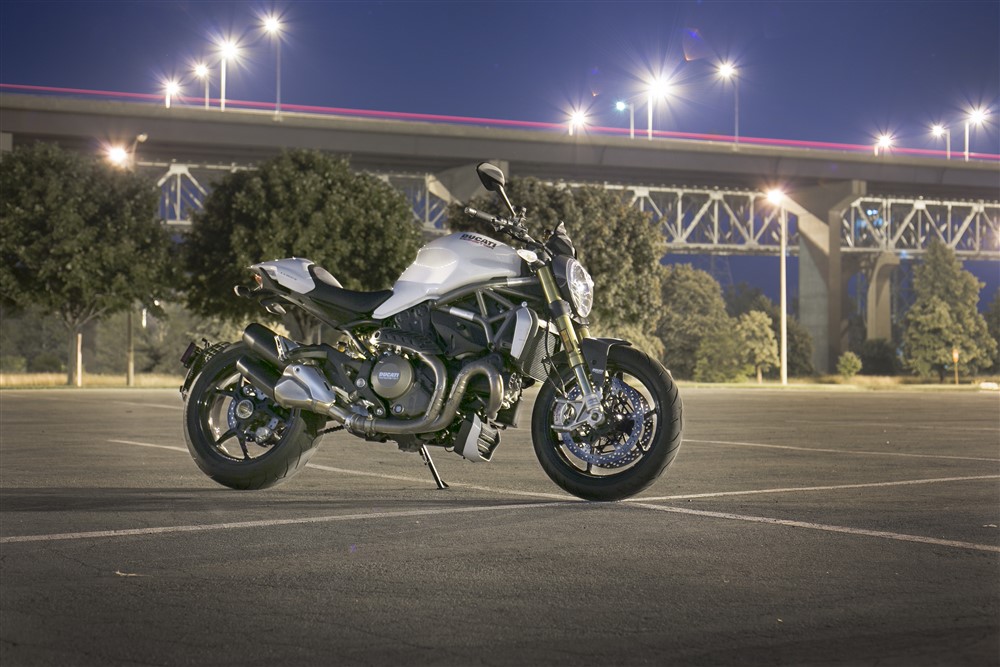 To suggest I’m a fan of Ducati’s Monster would be a considerable understatement.

To suggest I’m a fan of Ducati’s Monster would be a considerable understatement. To me, they represent just about everything I want in a bike. First off, like darn near every motorized thing that comes out of Italy, they’re all lovely to behold. Truth be told, half the pleasure of ownership of any Ducati for me would be simply sitting in the garage after a long day’s ride and admiring the styling while sipping a cold beer. Ducatis are pieces of art you ride. 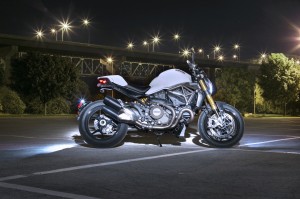 I also love that they check off most of the boxes on my wish list if I were to own only one bike. They’re sporty enough to keep thrilling me for many rides to come, and if ridden properly, to keep up with most sport bike riders out there. Plus, with their raised bars and wide seat, a Monster is not the world’s worst medium-distance touring machine either, enabling a decently comfortable day’s ride.

After learning that Ducati had fitted the Monster with the new Testrastretta 11 degree L-twin that captivated me in the Diavel Carbon, I began begging to borrow the more compact bike for a week of riding. In fairness, the 1198 cc mill is detuned from the Diavel’s 162 horsepower to “only” 135 (or 145 hp in my 1200 S tester), but it is still abundant thrust to launch Ducati’s famous roadster into the horizon without breaking a sweat. 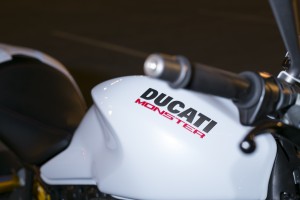 The sound made by this new liquid-cooled engine is pretty much worth the $17,295 starting cost alone, sounding more like someone from Ducati’s parent, Audi stuffed an R8’s V8 between your legs than a twin. It’s a soundtrack that’s simultaneously V-twin gruff, but also refined and high-tech, and plenty loud even with the stock pipes. Be forewarned though, if you smell bacon while riding in stop-and-go traffic, it could be your right thigh catching fire from the considerable heat the 1198 throws out at low speed.

From very low in the rev range, the well of torque pulls the 461 lb. (wet weight) Monster fluidly and decisively, straight through to the 92 lb-ft maximum at 7,250 rpm. The clutch is easy to modulate with a reasonably light action and slipper-clutch functionality. Shifts are also crisp and authoritative, with only a few early challenges finding neutral. Thrown into my favourite twisty local road, the 1200 S bends eagerly into corners and transitions through esses cleanly, belying its long 60-inch wheelbase. Of course the up-level S model I’m riding with its fully adjustable 48 mm Ohlins fork and adjustable Ohlins monoshock rear supporting the aluminum single-sided swing arm, is expected to put all that good hardware to use. Vibration through the bars is also decently quelled. The Pirelli Diablo Rosso II’s provide great grip (190/55 ZR 17 rear and 120/70 ZR 17 front), and when you inevitably use a little too much of the 1200’s power, the twin 330 mm semi-floating front discs with Brembo 4-piston calipers (and standard ABS) make short work of excessive speed. The mass and length also help keep the Monster stable at highway speeds, which it exceeds so uneventfully, that keeping a close eye on the speedo is necessary to protect one’s license. The only downside to cruising at those elevated speeds is the considerable windblast from this truly naked bike.

Unfortunately my unbridled enthusiasm toward the Monster was reined in somewhat during my time with this 1200 S. Our particular test bike seemed to suffer a bit of a fuel mapping issue, preventing the same smooth operation I know Ducati can do with this drive train having experienced it in the Diavel. Even with the mapping set to the “softer” Touring mode, the throttle proved to be annoyingly jumpy at moderate, urban speeds. The bike would surge and lurch when trying to maintain a constant 60 km /h. 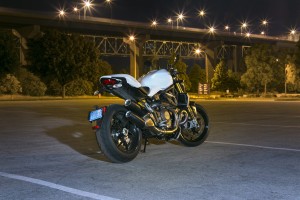 Again, having experienced the success of this drivetrain in the Diavel, we’re willing to chock this up to a pre-production example and not damn the Monster line as a whole. What cannot be so easily forgiven is the Monster’s TFT gauge system. While bright, slick and colourful (and providing the typical speedo, tach and distance meters along with fuel and trip computer functions), the novelty quickly wears off when it becomes difficult to read in daylight or blindingly bright at nighttime.

Lastly, if we’re picking nits, the Monster 1200 S – despite its cool rear-hugger and plate mount – is not quite as sexy to behold as earlier Monsters, mostly due to the reduction in how little of the trellis framework is now exposed and how much less appealing all that liquid-cooled plumbing is to look at. Nevertheless, if you’ve been in the market for a full-size naked bike, Ducati’s Monster 1200 S absolutely must be on your short list. With contemporary features and timeless styling, the Monster 1200 S can be a fun all-round commuter and back-road stormer all in the same day. 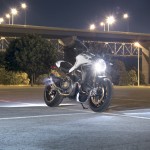 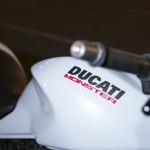 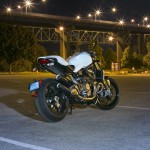 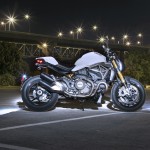 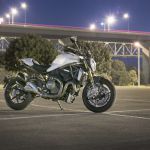