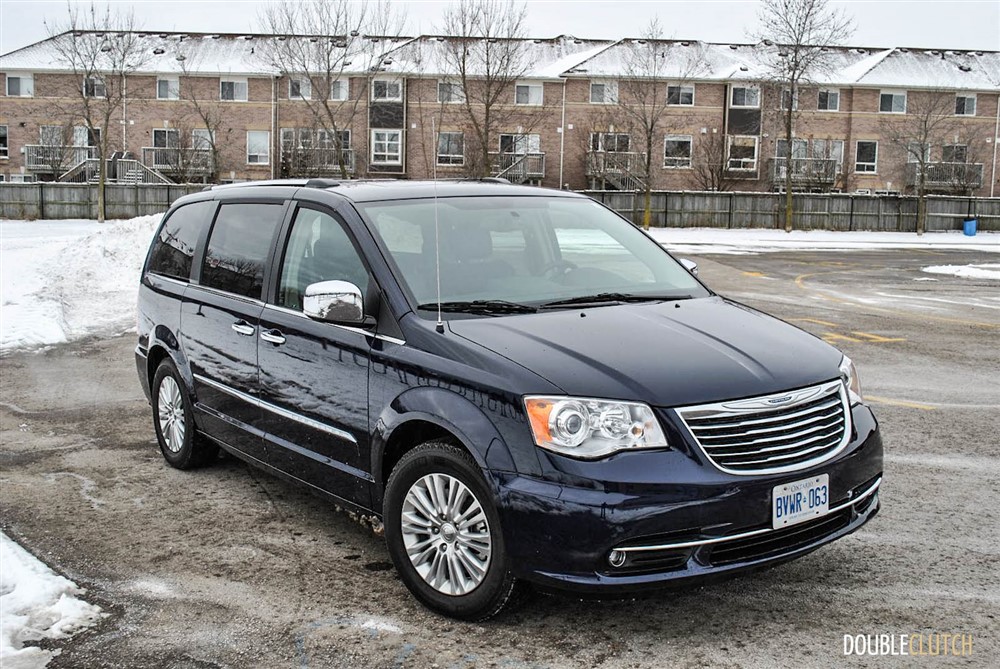 One of the last of the good ones |

Chrysler is still the king of this market.

Minivans have been the butt of many jokes in the automotive  enthusiast community, and the best marketer of crossovers that manufacturers could have wished for. But no matter how big your crossover is, how wide the doors open, or how fancy the rear seats fold, it’s just never going to be as ideal for Canadian families as a good ole minivan. Chrysler has been making the minivan for over thirty years right here on our own soil in Windsor, Ontario. Love it or hate it, Chrysler knows what Canadian families need and has been building it into their vans since the beginning. Maybe that’s why Chrysler currently enjoys a 60% share of the minivan market in Canada. 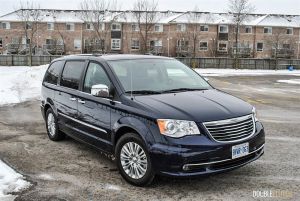 Change is on the horizon though; with Chrysler’s integration with Fiat, the new mandate has been to tidy up the lines and eliminate duplication. Back in May of 2014, Chrysler announced that the Dodge Grand Caravan, which currently holds the bulk of their minivan sales, would be discontinued for 2016. At the same time, they announced that the Chrysler Town & Country would be completely redesigned for 2016. It seems the folks at Chrysler are pretty convinced that their buyers will simply move to the new T&C when the time comes. It’s a bold move, and for the sake of the people in Windsor, I hope they’re right. With this move, the upscale T&C will undoubtedly be updated to cover the full range from entry-level to loaded family chariot. For the time being though, we’ve got one last year with the exclusively up-market and luxurious Town & Country, so Chrysler threw me the keys to a fully loaded 2015 Chrysler Town & Country Limited for a week to experience the best that ‘van-ing’ has to offer.

To the untrained eye, the T&C looks just like any other Grand Caravan; but Chrysler has added a few touches to make it stand out just a bit. The biggest difference is that the Town & Country has a nice elegant chrome grill, as opposed to the painted cross design of the Caravan. But the more subtle changes are the projector beam HID headlamps (Limited trim only), unique 17” alloy rims, some fancy chrome trim, and I am convinced that the T&C uses better paint or finishing processes because even with some mileage on it, this van shines like no Caravan I’ve seen. 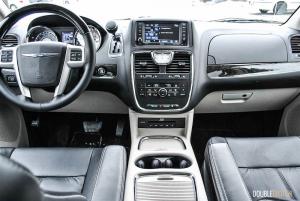 Stepping inside is when it becomes very clear that the Town & Country Limited is not just an ordinary Chrysler van. This thing is loaded to the gills with all the luxurious toys you could want; the sort of stuff you usually find in high-end SUVs and crossovers. Dual rear DVD screens, touchscreen navigation, rain-sensing wipers, heated first and second row seats, power moonroof, power-folding second and third row seats and even a gorgeous leather and wood heated steering wheel. Adding to the luxury is the very elegantly finished Nappa leather seats; they are soft enough to put many luxury sedans to shame, and comfortable to boot! Chrysler minivans have made a name for themselves by offering value, and while my fully optioned out does come out to a rather steep $46,200, you’d be hard-pressed to find this much luxury, in any format, at this price. That said, it’s not all leather and wood inside. The dashboard and some other surfaces are borrowed from the more mainstream Grand Caravan, so there is a noticeable cheapness in certain places.

One thing that was sort of a let-down for me inside the T&C is the Uconnect 430N touch screen infotainment system. I was expecting the bigger fully touch operated version like in the rest of Chrysler’s current lineup, so I was a little disappointed to find a smaller, more confusing and dated looking version. The Wrangler I drove a few weeks ago had a similar version, but it was much less important to me in a stripped down off-road vehicle. I am sure this has something to do with dashboard size limitations, and I fully expect the new 2016 T&C to have the best technology Chrysler has to offer. 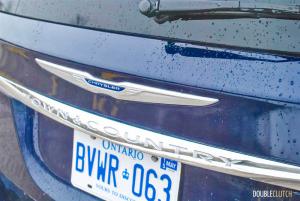 The week prior to picking up my T&C tester, I had been driving a GMC Acadia full-size crossover. The van actually felt peppy, agile and light compared to the monstrous GMC, even though they were both powered by similar 3.6L V6s with similar power numbers. The T&C’s V6 actually puts out a best-in-class 283 horsepower, which combined with the van’s surprisingly sharp throttle response easily gets this minivan moving briskly. The extra power and weight of this van don’t come free and I did pay a penalty at the pumps, averaging 12.3L in mixed commuting. It should be noted though that the T&C is one of the few family haulers around with an “eco button” on the dash. Pushing the button adjusts engine tuning and shift points for maximum efficiency, at the expense of some responsiveness. I used eco mode for most of my week; I didn’t miss the extra response as I saw highway numbers into the low 9’s, meaning that in better conditions the Pentastar V6 can do better.

As expected, the steering is a little numb for an enthusiast driver, and body roll is plentiful around corners. That said, turn-in is pretty aggressive and the turn radius is sharp, which, aided by the excellent visibility of a minivan and a back-up camera, makes maneuvering around in the city much easier than most crossovers.

If you’ve got a few messy kids and all the paraphernalia that comes with them to haul around, it’s very difficult to beat the sliding doors and roomy design of a minivan. The good news is that Chrysler is still the king of this market. They’ve been doing this a long time and for that reason they’ve got everything just right.  Yes, it’s pleasant to drive; but the massive storage compartments, the power Stow’N’Go seats and even a remote for those in the third row to control their DVD screen are a few of the little touches that the designers have added to ensure families love these vehicles. With the Town & Country Limited, the best part is that you don’t have to give up all the luxuries of a premium sedan or SUV in order to have all the conveniences that a minivan has to offer. 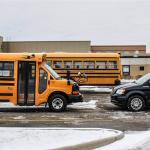 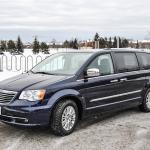 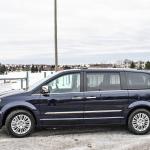 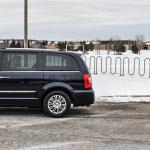 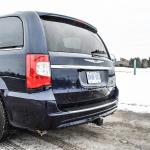 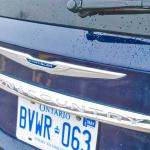 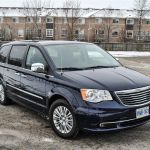 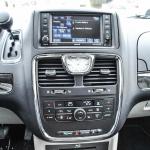 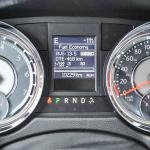 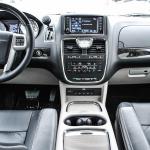 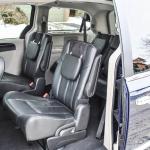 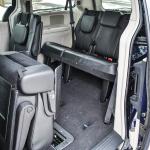 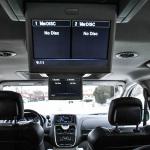