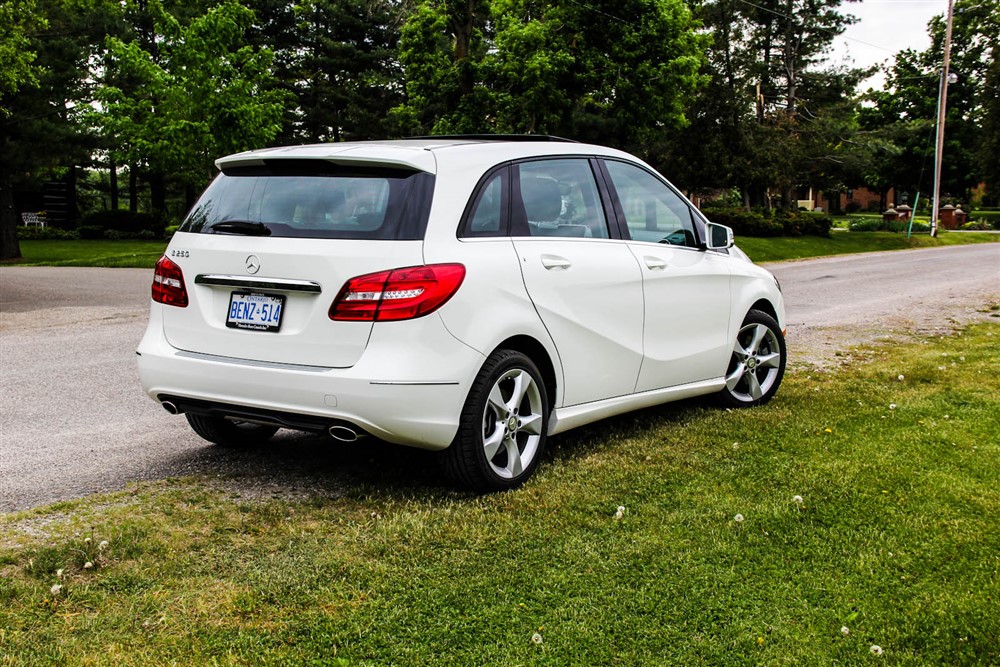 Not a hot hatch, but a Sports Tourer |

The Mercedes-Benz B-Class has always been a bit of an oddball in the highly opinionated Canadian consumer market.

The Mercedes-Benz B-Class has always been a bit of an oddball in the highly opinionated Canadian consumer market. Most write it off almost immediately as being “not really a Benz” and not a great value. These criticisms often stem from unfair comparisons that seem to rule against the B-Class. Having never driven the previous-generation B200 or B200 Turbo, we decided to sample a 2014 Mercedes-Benz B250 to see how it actually stands up against its competitors. 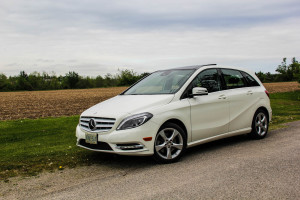 Starting at a reasonable $30,500, the new B250 is sold as a Sports Tourer. It is not a hot hatch, and it should not be compared to the likes of the Volkswagen GTI or the Ford Focus ST. Those are vehicles with manual gearboxes, loud exhaust notes, and are targeted directly towards the enthusiast. The B-Class is a compact hatch that has enough get-up-and-go to keep up nicely with the rest of traffic, while being comfortable enough to rack up the miles without any discomfort. It does all of this while being adequately sized to park nearly anywhere. Plus, the Mercedes-Benz three-pointed star on the hood is always a good thing.

Under the hood of the B250 is a 2.0L turbocharged 4-cylinder engine, not unlike the motors in most of today’s hot hatches. However, this one isn’t tuned for performance, and that’s completely all right. This “Sports Tourer” is tuned for efficiency – we observed as low as 7.1L/100km in a combined cycle using 91-Octane fuel. The 2.0L turbo-four is mated to a 7-speed dual-clutch transmission, and puts out 208-horsepower and 258 lb-ft of torque. The turbocharger’s boost pressure can vary from 11.7 to 14.7 psi when required, making for some very surprising bursts of power. This little guy isn’t the fastest kid on the block, but it definitely gets around without any complaints. As much as the enthusiasts among us would appreciate a manual, there just isn’t a market for one in this class of car. 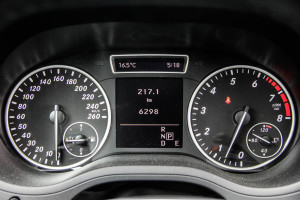 It’s important to note that the B-Class’ chassis has been designed for the future – it will be able to accommodate a huge variety of different powertrains, eventually leading to the fuel-cell. On-board are three drive modes; Economy, Sport, and Manual. Mercedes-Benz rightfully figures that the typical B-Class driver will be opting to conserve as much fuel as possible, so the B250 is set to revert to Economy every time the car is started. As expected, these modes slightly modify throttle response and shift points to the driver’s desire. There are paddle shifters available as well, and in Sport mode, they are pretty darn responsive and get the car moving along surprisingly well.

Our tester was equipped with a few toys. The $750 Bi-Xenon Headlamp Package adds the same as well as LED daytime running lights, the $2400 Premium Package adds a panoramic sunroof, heated seats, automatic climate control, and the Mercedes-Benz media interface. This B250 was also equipped with the $2000 Driving Assistance Package, which adds things like blind spot assist as well as lane keep assist. It was, however, lacking the $1200 Memory Package which adds power seats with memory. Low price or not, we believe a Mercedes-Benz should come standard with power seats. It is obvious though that the designers over at Mercedes have worked their magic on the baby model as well – the attention to detail on the B250 is very good. 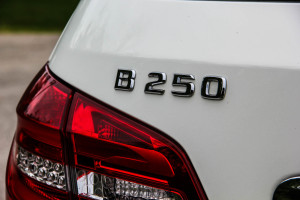 The front-wheel-drive B250 is surprisingly spacious on the inside. The Artico “leather” is of decent quality, and the average buyer will never be able to tell the difference. The B-Class feels a bit more upscale than its as-tested price of $35,000 would have you believe. Its tall profile means headroom is substantial for nearly everyone, and the driving position is quite good – even the steering wheel feels of high quality. Mercedes-Benz’s media interface is quite good, if not a bit dated, and is very simple to use. The rotator knob to control it is pretty simple and quite similar to others across the lineup. There is a USB port, but unfortunately it does not work with iPods – Apple fans must use the proprietary Mercedes-Benz iPod cable (provided).

With the B-Class there’s very little not to like – we do think the transmission could be a lot better. We felt some lag when accelerating from a dead stop, not exactly typical for the Mercedes-Benz transmissions. Shifting between Park, Reverse, Neutral, and Drive is done via a console shifter like in other Mercedes applications. It’s not the most conveniently-located, but it does the job decently well. The auto start/stop technology is a bit too intrusive and far too sensitive. However, the system does work well and isn’t as clunky as some competitors’ applications. Its contribution to good fuel economy cannot be denied. At the end of the day, the 2014 Mercedes-Benz B250 makes a compelling argument for itself as an urban commuter for the upscale buyer. 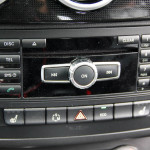 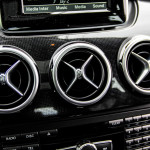 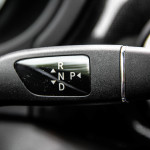 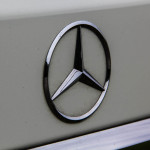 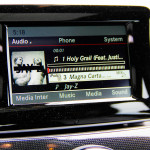 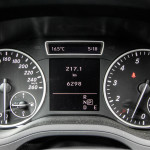 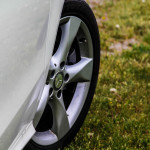 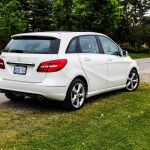 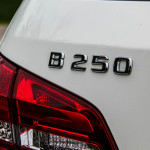 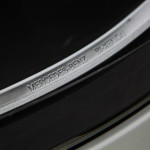 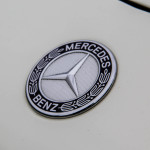 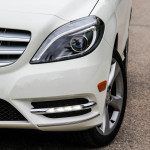 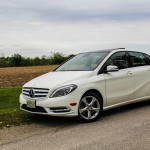