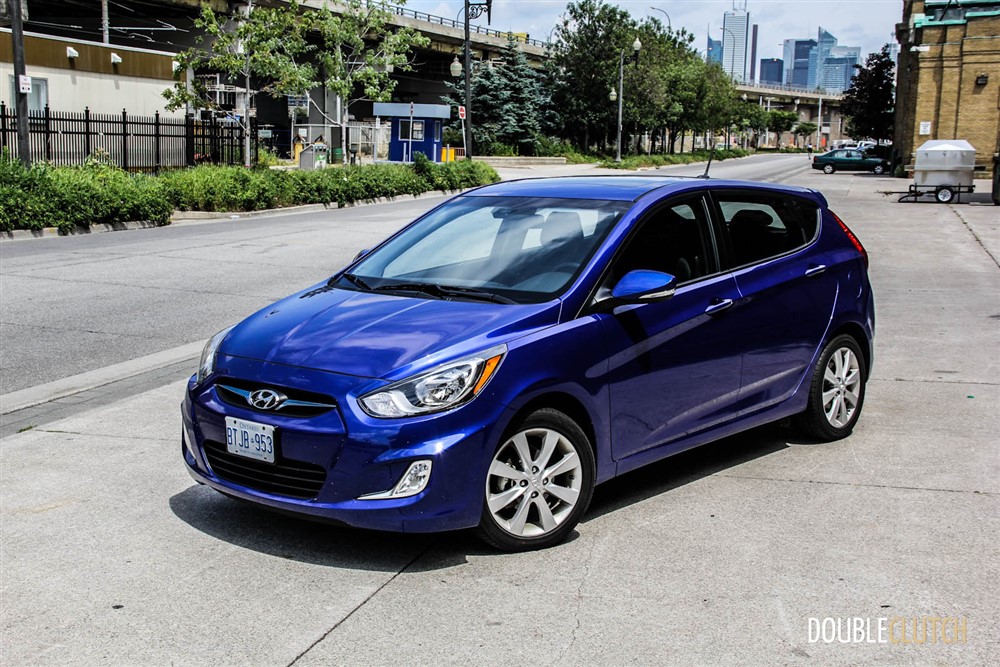 The little Hyundai moves along with confidence and grace, and is surprisingly pleasant to maneuver through the city streets.

I like variety. However, I’m almost embarrassed to admit that when I checked the editorial schedule and saw that I was spending a week with the 2014 Hyundai Accent GLS, I may have groaned a little bit. It’s not because I look down on subcompacts or anything; to be completely honest it’s because I’ve been spoiled with higher horsepower cars lately. Then again, every good auto writer needs variety. 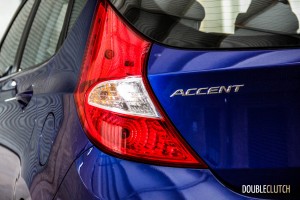 We picked up the Marathon Blue Accent (now only available in 5-door hatchback form), and I was pleased to see the 6-speed manual transmission. While the Accent’s 1.6L inline 4-cylinder wouldn’t be going to St. Thomas Dragway to run the quarter mile, the third pedal and ability to row my own gears meant it was delightfully peppy in the city commute. The little Hyundai moves along with confidence and grace, and is surprisingly pleasant to maneuver through the city streets. The shifter is a little bit notchy for my liking, but I wouldn’t opt for the (extra $1,300) automatic transmission under any circumstances. It is worth mentioning that the optional automatic transmission is a pretty decent unit.

Along with being a very affordable subcompact, people often frown upon the Accent for, well, being a Hyundai. Over the last couple years after testing nearly everything Hyundai and sister company Kia have to offer, we’ve come to the conclusion that the time has come to put these old stereotypes to rest. The Hyundai Accent is one of my favourites in its class, and easily better than entries from “big-name” competitors such as the Toyota Yaris and Chevrolet Sonic. The Mazda2 is an excellent choice, but its manual transmission lacks a gear and makes it quite buzzy on the highway, and also worsens fuel mileage. The Accent is a stylish-looking little thing; its lines are sleek and the taillights are almost reminiscent of the previous-generation BMW 1-series hatchback. 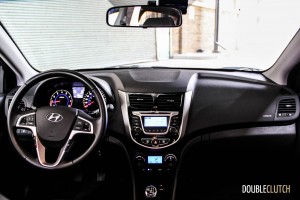 My Accent was the GLS trim level, and minus the automatic transmission, came fully loaded. It sports 16” alloy wheels that make it look pretty upscale, and comes packed with safety features such as a traction control system, ABS, and side curtain airbags. Things like heated seats, a power sunroof, a leather-wrapped steering wheel, keyless entry, and automatic climate control are on board. Though you cannot get an Accent with leather or a navigation system, you can get these toys on its “sister car”, the Kia Rio. Additionally, some Hyundai dealers may be able to install an aftermarket navigation system if you so require.

As I started to get used to the baby-Hyundai, I began to appreciate the smaller touches they have implemented to make living with this car more enjoyable. Previously, the Hyundai/Kia multimedia system required use of a proprietary Hyundai-branded iPod cable. This is no longer the case – a standard Apple USB cable does the trick nicely. The Accent also has Bluetooth and satellite radio, and sound quality is pretty good for a basic system. I did notice however that when driving at highway speeds with the sunroof open and windows cracked, the stereo was too quiet. Even with the volume at its maximum capacity, I wasn’t able to hear the vocals in any type of music. 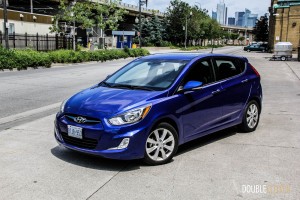 I did previously mention that the addition of a sixth gear makes for a significant improvement in fuel mileage. Over the course of my test, I observed 5.6L/100km on the highway, not too far from the 5.3L/100km Hyundai suggests. My commute was about 50/50 between city and highway driving, and I averaged 6.5L/100km total. The Accent thankfully accepts regular fuel, and was a relief from the gas-guzzling sports cars I have been driving recently.

There are however a few quirks to the Accent that I wasn’t a huge fan of. For instance, the armrest on the driver’s side door is hard plastic and started to hurt my elbow after a while. This problem would be easily solved for drivers who keep both hands on the wheel 100% of the time though. Song and track information in the stereo is provided through a monochromatic LCD display, which is nice enough, but at night, lights up bright blue. Using the dimmer doesn’t really help; I wasn’t able to find a comfortable setting that wouldn’t strain my eyes. Lastly, for all the upscale features they have added to the little Accent, I wish they had added automatic headlights. It’s a bit of a pain to have to turn on and remember to turn off the headlights in this day in age. 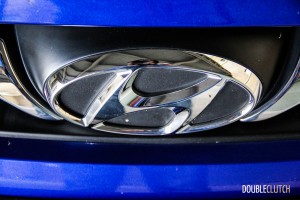 Overall though, I really, really loved the Hyundai Accent. I’m not against the exclusion of a four-door sedan model; the hatchback is plenty practical and is the model I would assume more people would opt for anyhow. I was able to put a surprising amount of stuff in the back, and would imagine small strollers fitting as well. My GLS model stickered for just under $18,000 with current incentives, making it a compelling buy either as a solid first car or a replacement for an aging subcompact. The amount of bang you get for your buck is seriously surprising and makes the Accent a car definitely worth considering. 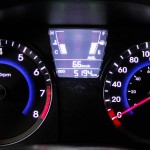 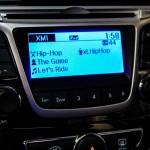 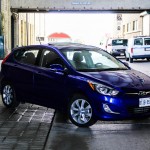 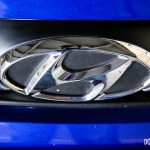 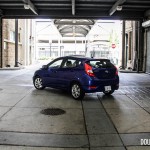 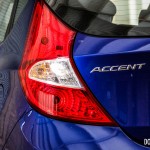 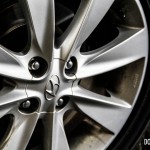 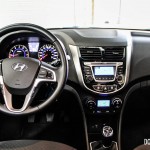 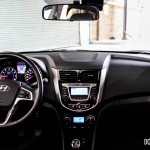 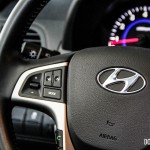 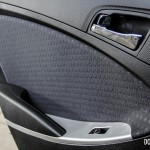 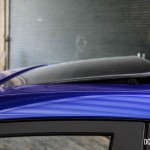 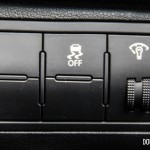 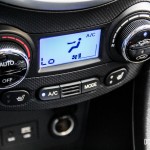 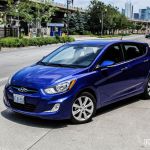