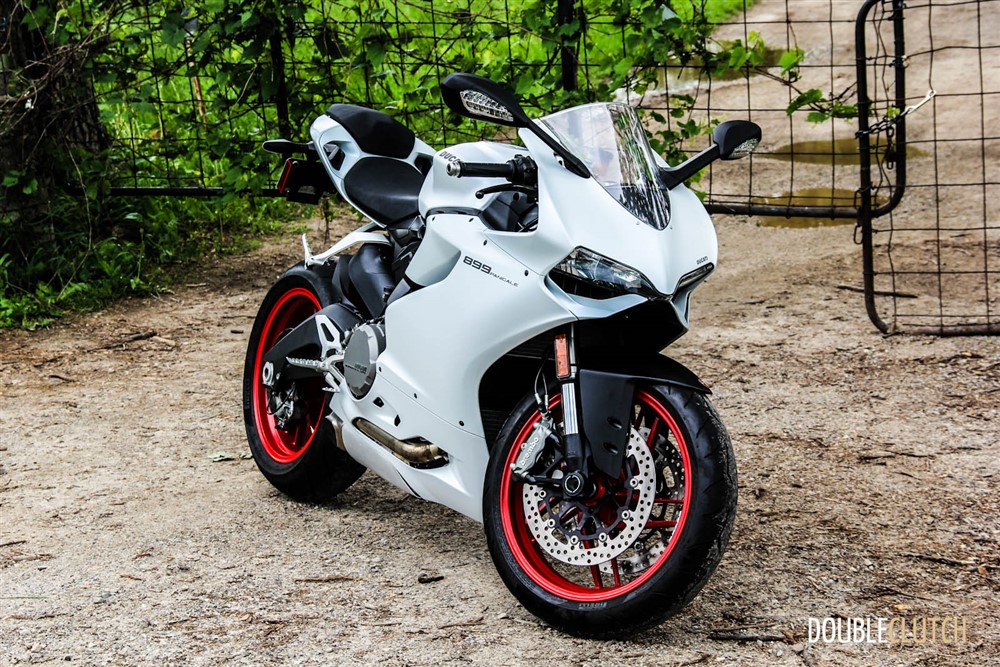 It’s so agile and the response is so instantaneous that it’s hard to imagine how riding must have been before this motorcycle existed.

Ducati has always been a brand that, in my eyes, makes dream bikes. Over the years, I’ve lusted over a great number of their spectacular motorcycles; the 848 Evo and the Monster 796 come to mind right now. A close friend of mine has recently made this dream come true and purchased an older Monster, so I was pretty ecstatic when I was offered a week with the 2014 Ducati 899 Panigale. The mean-looking headlight design, the gorgeous LED taillight, and the matte white paint and red wheels make this bike stand out in almost any sort of crowd. 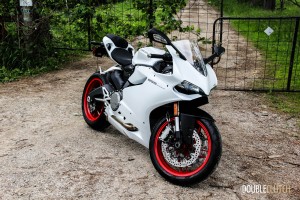 It must be emphasized immediately that the 899 Panigale, or any Ducati really, is not made for beginner riders. If you don’t know what you’re doing or have at least a few years of riding experience, the 899 can put you flat on your face very quickly. The clutch is not forgiving and gave my fingers quite the workout, and the riding position is not ideal for long hauls. All of that being said, the Panigale is an absolute animal and is easily my favourite of all the bikes I have ever ridden.

The 899 is a bit smaller than its sibling, the 1199 Panigale, and is 18cc shy of the legendary Ducati 916. Our friends over at Ducati refer to the 899 as a “supermid”, which is a new term to me. Whatever it is, it’s awesome. It puts out a projected 148-horsepower and 73 lb-ft of torque, and the noise that comes from the factory exhaust is simply mind-blowing. It sounds like the roar of a full-grown lion, and is one of the loudest factory exhausts I’ve ever heard. This may be the only motorcycle on which I wouldn’t immediately replace the exhaust if I owned it. Peak torque comes in at 8,500 rpm and the 899 still feels like it has a lot more to give. There’s no way the average rider can make the most of this motorcycle – it’s just so much bike. 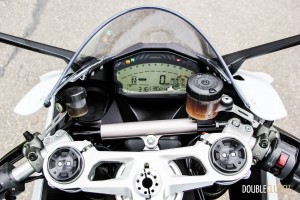 Brakes on the 899 Panigale are Brembo Monoblocs with 32mm pistons. My test bike had the Ducati Safety Pack that adds ABS to the Ducati Traction Control and DQS quickshifter, making it pretty well loaded. I actually tried out the quickshifter a few times, and it makes acceleration smooth, quick, and very satisfying. I’ve spent quite a bit of time on liter-bikes, and while the 899 isn’t necessarily as fast as most of them, it’s just as gratifying to ride on a daily basis. It’s not exactly forgiving in any way, but the thrust, pull, and agility make it a great companion.

I spent some time taking the Panigale through some of my favourite riding roads – these roads are comprised of a nice highway haul, some beautiful twisty back stretches, and some hills. When the ignition is turned on, the 899 defaults itself to “Sport” mode, which is my favourite setting as it unleashes the beast within. However, for everyday riding, the “Wet” mode is a bit more useful. This mode limits the power slightly, helps smooth out the throttle response, and dials up the traction control and ABS systems to prevent you from doing anything you might regret. In “Wet”, it’s next-to-impossible to get the rear wheel loose at all even with extremely sharp throttle inputs.

Though I didn’t have the chance to open it up on the track, I can confidently say that the Ducati 899 Panigale would be a delight in such an environment. It’s so agile and the response is so instantaneous that it’s hard to imagine how riding in general must have been before this motorcycle existed. We had the 2014 Kawasaki Z1000 at the same time as the Panigale and while the Kawi has a bit more power, there’s no question as to which bike was the preferred ride. For longer highway hauls though, the seat on the Panigale is brutal. It looks great finished in faux-suede, but the riding position puts a lot of weight on your groin, and this can become painful over time. This wouldn’t stop me from owning one though.

Adding the Ducati Safety Pack means nearly anyone can live with the Panigale. That doesn’t mean they should though – I can’t emphasize enough how important it is to get enough riding experience before jumping on one of these. It’s an insane bike and should definitely be on every avid motorcyclist’s bucket list, but it’d be akin to learning to drive on a Lamborghini Murciélago – possible but ultimately stupid. I also observed fuel economy close to 8L/100km. Simply cruising on the highway brings this down to as low as 5.8L/100km, exclusively operating on 91-octane fuel. For a “supermid” with an as-tested price in the ballpark of $16,000, this actually represents a decent value. 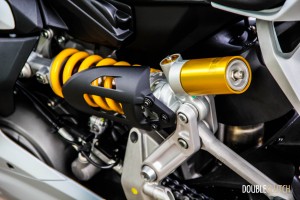 A year ago, I was asked what motorcycle I could see myself owning if I could only have one for the rest of my life. I picked the 2013 Suzuki GSX-R600. That bike fit me like a glove and seemed to be tailored specifically for my body and riding style. However, after spending a week on the saddle of this 2014 Ducati 899 Panigale, I can’t help but consider almost every other motorcycle forgettable. Plus, I have never ridden another motorcycle that gets this much positive attention – everybody from pedestrians to sports car drivers give the 899 a thumbs-up. Apparently the public has spoken; the new Panigale is an all-around winner. 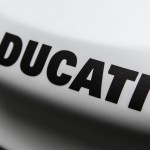 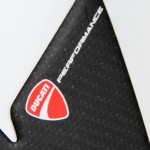 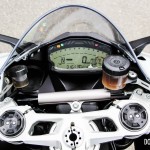 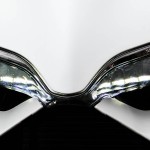 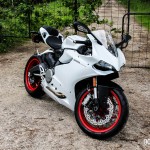 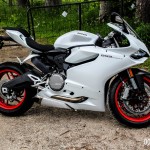 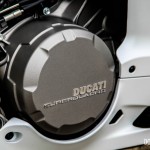 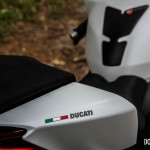 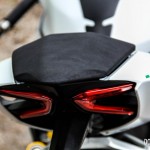 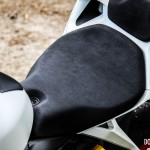 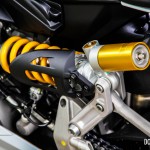 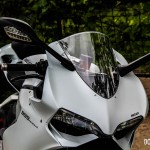 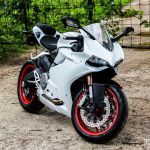