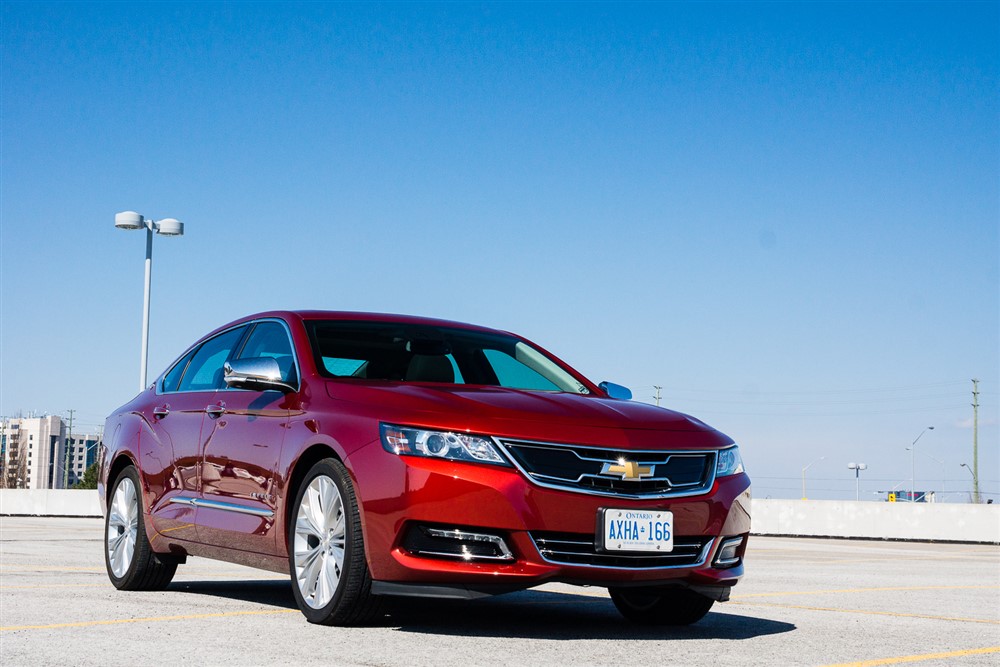 A formal rental-queen gets a makeover |

The demand and market for large, full-size cars is not quite what it used to be. People these days have been almost conditioned to expect dismal fuel efficiency and lackluster driving dynamics with the proverbial land barge. Smaller cars are better than ever at providing maximum space efficiency, however there still remains the market that needs just a little more than your average midsize offering. Whether it’s the need for massive amounts of rear seat legroom or cavernous trunk space, full-size sedans are still king in this field. 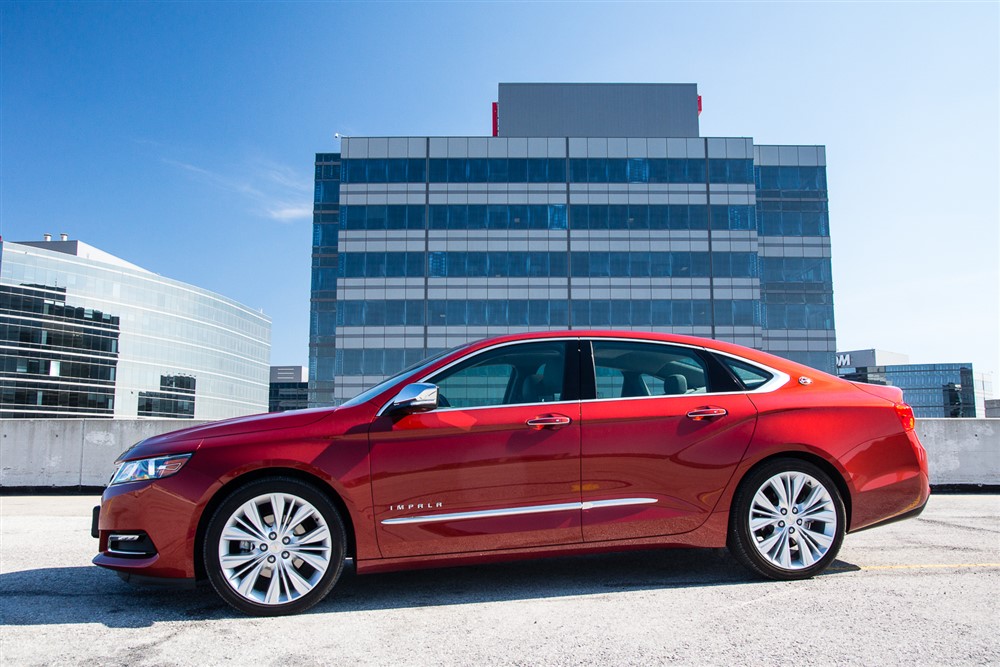 The Chevy Impala has gone through many iterations, all of which represented Chevrolet’s take on the full-sized all-American sedan. Starting off as a V8-powered rear-drive sedan, times and expectations changed it to what it is today: a V6-powered front-drive sedan. The outgoing eighth and ninth-generation Impala became known for being faithful taxis, urban police vehicles, and rental fleet stalwarts. GM has long tried to shake the volume fleet image and make their offerings more attractive to real customers, so I went into my test of the Impala with high hopes. I picked up my 2014 Chevrolet Impala with the 2LTZ package, painted in a spiced red metallic colour.

The Impala is available in a variety of trim levels. My tester, being the 2LTZ model, comes with lots of features including HID low-beam headlamps, remote engine start, power everything, and a full suite of driver awareness aids – including forward collision alert, lane departure warning, blind-spot monitoring, and rear backup camera. Adaptive cruise control is available as a separate option. The test car had optional 20-inch wheels with 245-section all-season tires mounted. 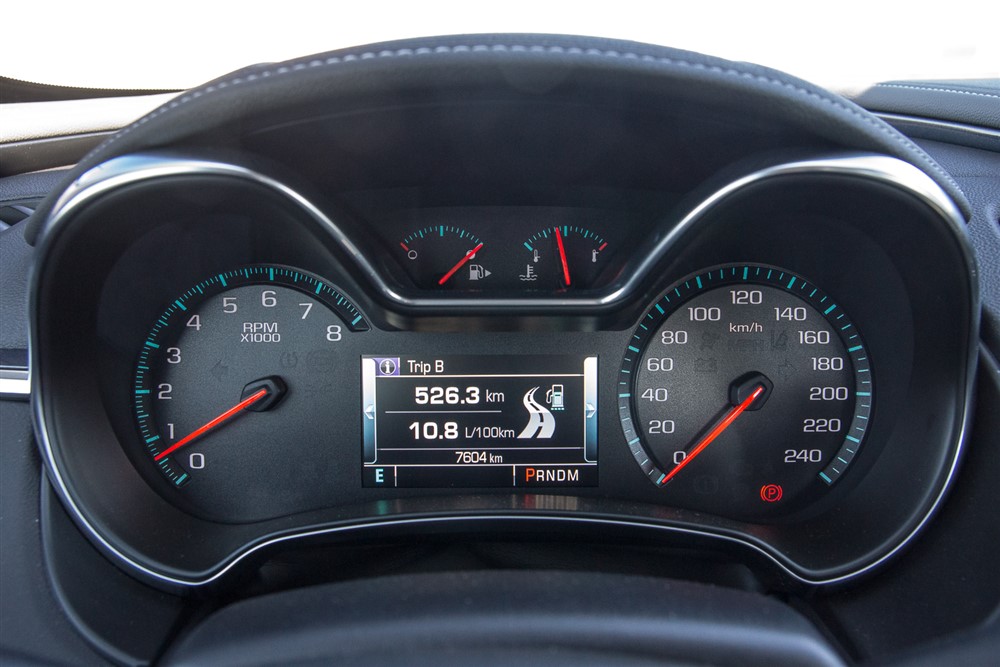 What hasn’t changed much over the years are the proportions. Riding on a long 111.7-inch wheelbase, the Impala adds about an inch to its wheelbase and overall length compared to the outgoing generation. What’s more dramatic is the styling – easily a big hit in its class. The headlights give it a purposeful stance, with LED accent lights in the lower bumper that act as the daytime running lamps. The large Chevy bowtie emblem in the grille is flanked by large piano black and chrome pieces. The side profile is also updated with more expressive design, the most obvious being a bold character line that starts in the rear door and rises up over the rear wheels, giving the Impala the illusion of added width. This is a big improvement over the previous car with its flat slab-sided design. My only gripe here is towards the long rear overhang – the space between the rear wheels to the back of the car. Out back, a trunk lid with integrated rear spoiler sits over some taillights of slightly curious design – several people have noted that they are pretty much identical to the Hyundai Sonata’s.

Inside, the headlining feature is the amount of the Impala is the sheer amount of space there is, in nearly every direction. Tons of headroom (even with the sunroof), class-leading helpings of leg and shoulder room, as well as lots of space for full-sized fast-food drinks. The wide, flat seats accommodate occupants of all sizes and ensures long distance comfort. In the heated and cooled driver’s seat, you’re greeted by a different (heated) steering wheel, not the standard corporate GM wheel we have become used to seeing. In front of the driver are some basic gauges with a configurable LCD screen in between the speedometer and tachometer. The gauges themselves do the job but look just a little bland, considering the eye-catching exterior details. Compared to the Ford Taurus, the Chevy Impala is downright excellent in terms of space efficiency. In that car, you get the full-sized exterior footprint, but somehow that space seems to disappear in the Taurus. Some additional random items: the passenger side wing mirror is not of the auto-dimming variety, and there is a stealthy storage compartment hidden behind the satellite navigation touchscreen. Lastly, the manual shift function is controlled on the top of the gear selector itself. It’s not the most natural or most intuitive place to be putting your hands when you need to request a gear change in quick order. 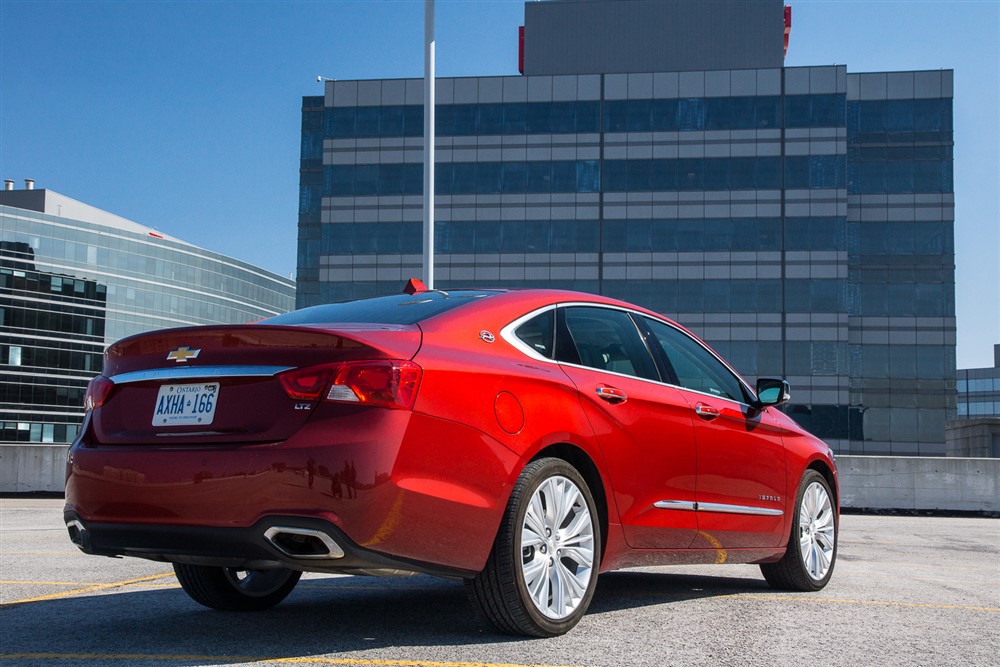 Under the hood of the 2LTZ model is GM’s corporate 3.6L V6, sending 305 horsepower at 6800rpm and 264 lb-ft of torque at 5200rpm to the front wheels. Managing the power delivery is a six-speed automatic transmission. There are other engines available – one standard 2.5L four-cylinder engine and a mild-hybrid 2.4L engine. The 3.6L is the one to have, without question. Even with that, I noticed the 5200rpm torque peak to be a little high up in the rev range. Spending some time with the overall package suggests that this isn’t a big deal, thanks to a flat torque curve and linear delivery of power. Torque steer isn’t really a problem either. Fun fact: this 3.6L V6 puts out more horsepower than the big Chevy V8s of the past.

Owing to its long-distance driving credentials, 100km/h sees the engine loaf along at 1500rpm in sixth gear. GM rates the Impala at 11.1L/100km in the city, 6.9L/100km on the highway, and 9.2L/100km in a combined cycle. I managed 10.8L/100km over about 500km in mixed driving. This is right in the middle with its closest competitors, the Ford Taurus (with the standard 3.5L V6) and the new Toyota Avalon. The fuel tank will accept up to 70L of regular fuel. 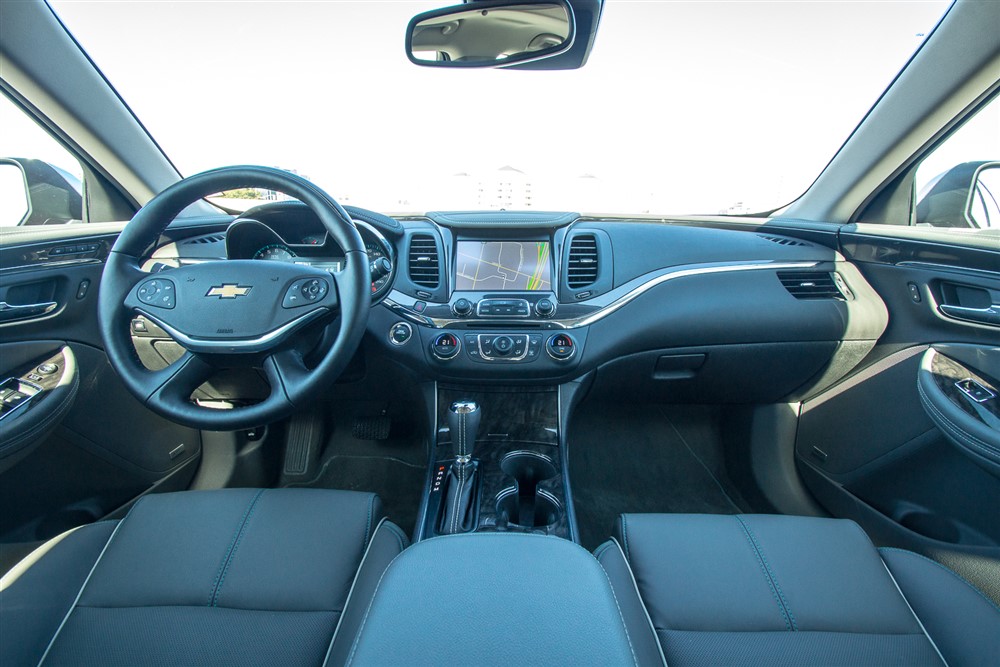 What I find interesting about the Impala is the mere existence of the Cadillac XTS. Both cars are essentially the same underneath, but with a $20,000 price delta. The question a lot are asking is whether the XTS is worth the premium. It gets some more advanced powertrains with turbochargers and all-wheel-drive, as well as the more desirable badge on the car. Considering the Impala can be had with pretty much all the toys available that the XTS has – minus CUE – the Impala represents a very good value in the GM lineup. The 2LTZ trim starts at $39,645. Adding the aforementioned adaptive cruise control will cost $1,780, and the “Comfort and Convenience” package (cooled seat, power tilt/telescope steering column) is another $1,365. Satellite navigation is $995 and the upgraded 20-inch wheels are $420. This brings the subtotal, with options, to $45,345. Pricing out a comparable Toyota Avalon and Ford Taurus produces very similar pricing. When shopping around for this class of car, be sure to see if the competition can offer as much space.

I was able to conclude fairly quickly that the new Chevrolet Impala is one of the ultimate comfy long-distance cars for driver and passengers alike. If maximum trunk and occupant space is what you’re after, but don’t really want to jump up to a full-sized SUV, the Impala delivers. It’s not just a fleet-grade car anymore – it’s a serious contender in a still-relevant, and important class of vehicle. 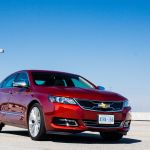 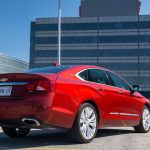 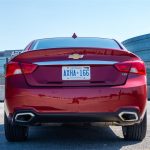 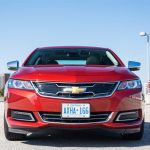 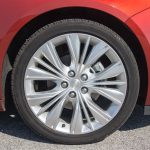 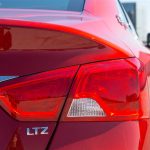 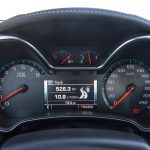 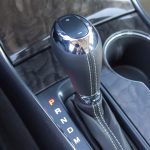 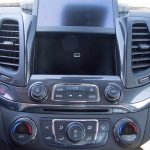 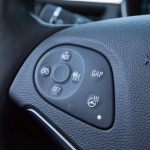 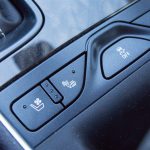 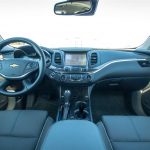 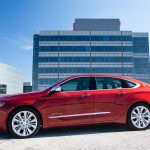