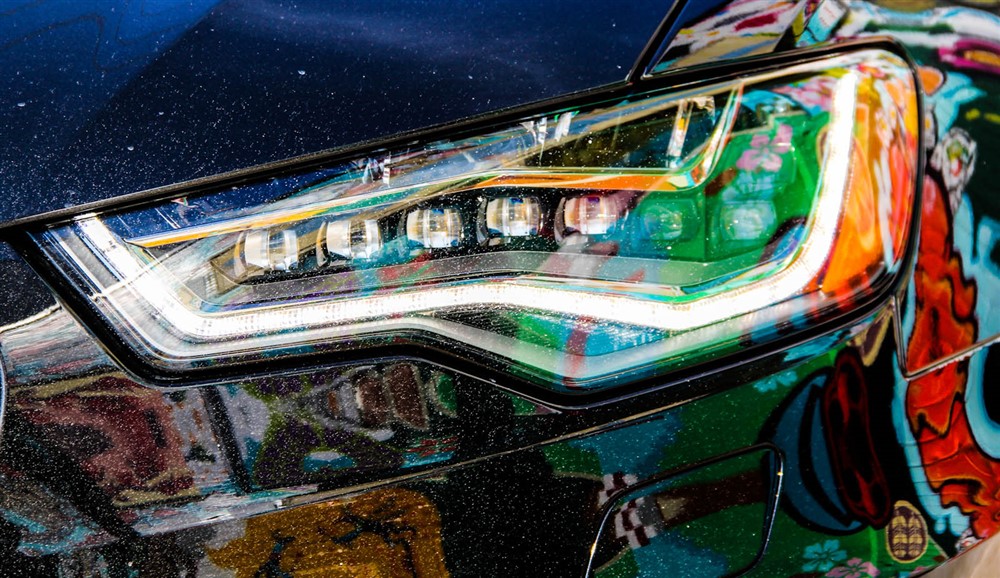 A sublime combo of comfort and efficiency BMW’s 535d is the direct competitor to this large Phantom Black sedan, which won me over the second I looked it in the eye.

The time comes in every auto writer’s life to accept the fact that we’re truly spoiled. Always getting handed the keys to high-end cars for the purpose of testing, I often become ashamed of myself when a thought such as the following so much as crosses my mind: “I’m a bit bored with all these diesels – I think it’s time for a change”. Over the past month, I have driven the BMW 328d, the BMW 535d, and most recently, the Jeep Grand Cherokee EcoDiesel – all of which impressed me. Rather than actually succumb to change, I picked up the keys to a 2014 Audi A6 TDI S-Line in order to discover how the royalty of diesel engines stacks up against the competition. 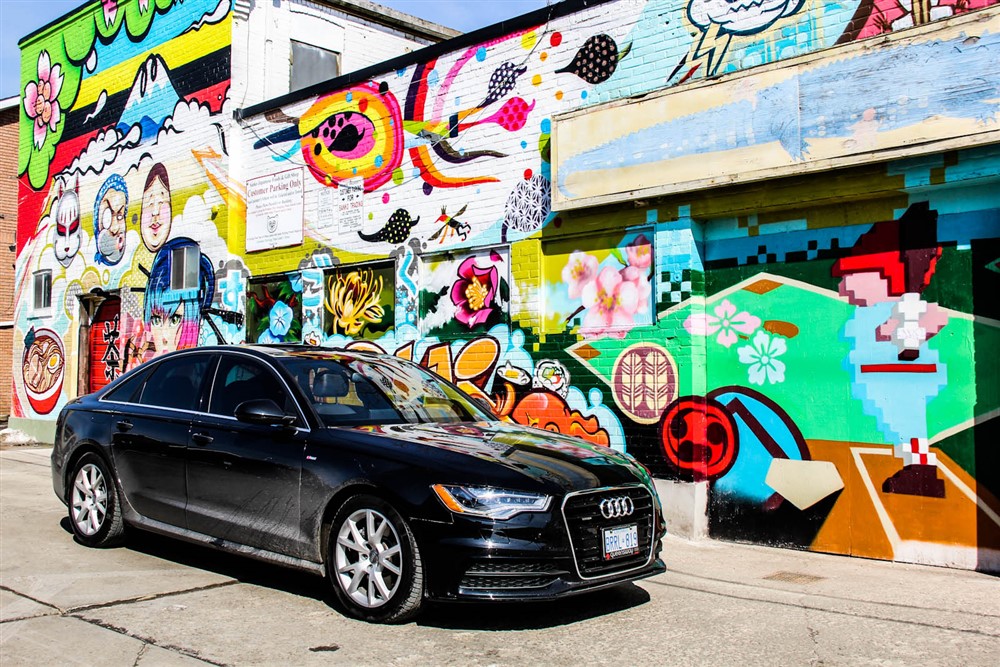 BMW’s 535d is the direct competitor to this large Phantom Black sedan, which won me over the second I looked it in the eye. Its stunning LED headlights (a $1,700 option), its beautifully-sculpted lines, and its immensely stylish stance just had me hooked. My father is a man who appreciates midsize German luxury saloons, but he appreciates fuel economy and the appeal of diesel powertrains even more. The second I shared a photograph of the A6 TDI on social media, he had to see it in person. The kicker here is; I didn’t tell him that it was a diesel. I took him out for a drive in it, and he commented multiple times about how quiet and smooth it was. After a short drive, I revealed that it was indeed, a diesel, and he was simply baffled. That just goes to say how far diesel technology has come.

The Audi A6 TDI is powered by a 3.0L turbocharged 6-cylinder diesel engine. It has 240 horsepower and just over 400 lb-ft of torque. Much like the diesel-powered BMW 5-series, the A6 pulls like a freight train and highway speeds are attained in no time at all. Peak torque kicks in very early in the powerband, so there is virtually no lag. The car is fitted with the ZF-built 8-speed automatic, which is virtually the same unit as in the other German car – it suits the A6 beautifully. There are paddle shifters located on the steering wheel, as well as a “Sport” mode on the shifter to hold gears longer. Obviously, quattro all-wheel-drive is standard, and does the job very nicely. Earlier this winter, I drove an A7 TDI and came out equally impressed. 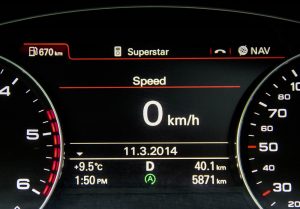 Audi’s Drive Select allows you to set up the car between Comfort, Dynamic, Auto, and Individual. This being a luxury sedan with a diesel powertrain, I left it in Comfort most of the time and let the car mind its own business. Observed fuel economy on the A6 TDI was much better than I thought it’d be – I got it down to as low as 6.0L/100km on the highway. Combined mileage over the course of a week was still in the 7L/100km range, with a ton of city driving. The start/stop technology is a bit of a nuisance at times and rather hasty, but clearly does its job with the fuel savings. The 73L tank means the A6 can indeed do over 1,000km on a tank if taking a nice highway trip.

One of my favourite parts of any Audi or Volkswagen product over the past decade or so has consistently been the interior. The materials used are top-notch, the systems are simplistic and elegant, and the whole ensemble just works well. This 2014 A6 is no exception to this – my tester was equipped with the MMI package with navigation, the Bose stereo, heated/ventilated front seats, and rear sunshades. Everything was exactly where I wanted it to be, and the car was just an excellent place to be. The MMI system works very nicely and everything is in the right place, but I do feel that it’s due for a refresh. Menus when browsing playlists and podcasts look a bit low-rent and could use higher-resolution. The navigation on the other hand, impressed me. Audi has implicated a maps system that actually has a three-dimensional view of buildings around you. The Rogers Centre (aka Skydome), the Metro Toronto Convention Centre, and the Steamwhistle Brewery within Toronto are actually pictured on the map; a very cool touch. 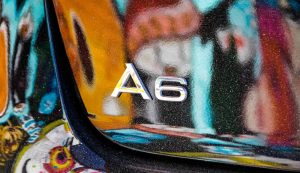 At night, the Audi A6 becomes even more stunning. The LED head and taillights make it stand out from other vehicles, and the black-on-black-on-black nature of my test car is particularly sharp. I did have one complaint though – the ride on the car is unnecessarily harsh for a luxury sedan. I do understand that Audi has put emphasis on maintaining an athletic nature, but this car does need to be a little bit softer. The 5-series (yes, the “Ultimate Driving Machine”) has the A6 trumped in this regard. However, it’s no contest that Audi’s quattro all-wheel-drive system is the one I’d have when the white stuff hits the ground.

Diesels are definitely the way of the future – please give me one over a hybrid any day of the week. The 2014 Audi A6 TDI seriously impressed me to a point of making me not want to turn over the keys at the end of the week. Audi’s TDI powertrain oozes refinement, efficiency, and torque. It propels forward with a confident “BLAT” from the exhausts that makes you feel all tingly inside. It’s my pick of the three German manufacturers, although the others aren’t too far behind. Mercedes-Benz’s Bluetec motors and BMW’s new diesels are seriously good, and if they keep up development the way they have been, Audi’s going to have some work to do to stay ahead of the game. 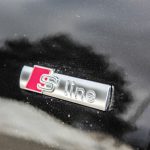 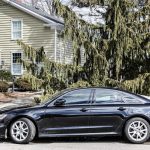 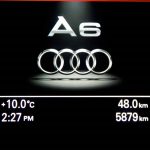 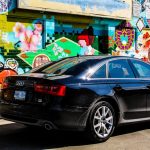 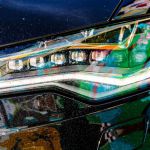 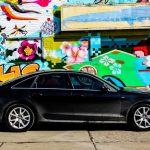 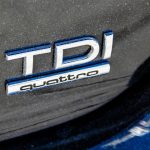 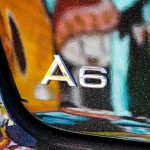 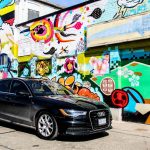 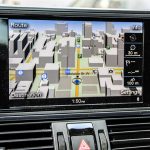 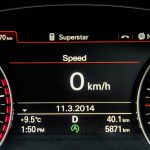