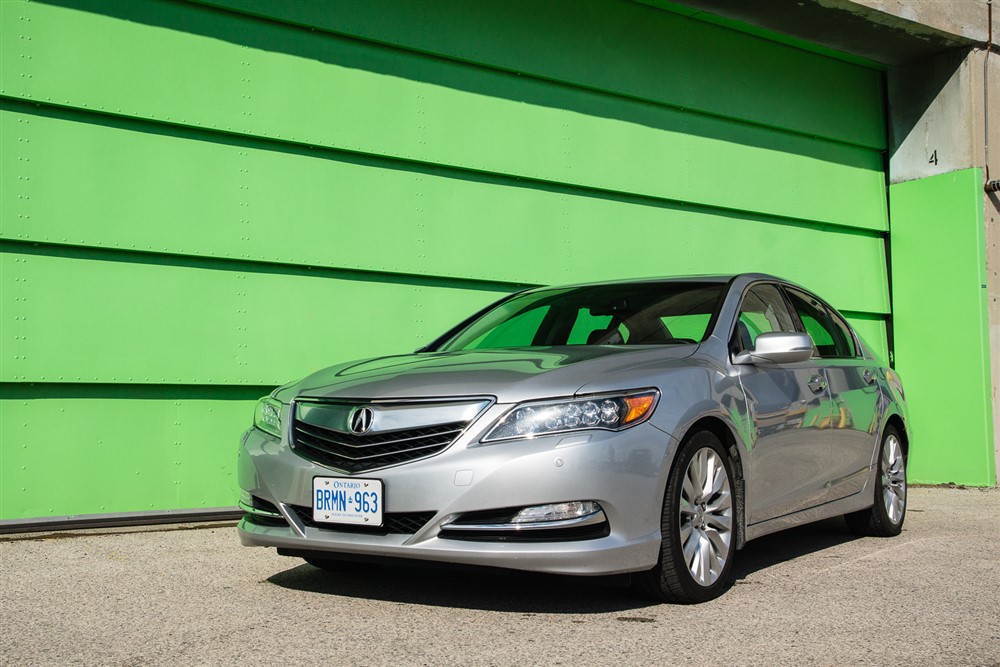 A full-size flagship fit for a king |

Honda has always liked to march to the beat of their own drum. While ultra-competitive in some segments (see the Civic, Accord, CR-V for example), some of their other offerings quietly carry the brand and its image in their own special, offbeat way. Back in the 1980s, the Japanese auto industry was finding its stride. Toyota was well on its way to creating the revolutionary Lexus LS luxury sedan. Nissan was working on its somewhat quirky Infiniti Q45. Honda, the other big Japanese auto maker was working on something as well, but it would be just a little bit different from the norm, as we have come to expect. 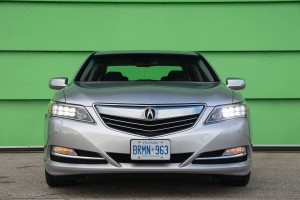 The Acura Legend would be the first model for the new premium brand in North America, debuting in 1987. Built larger than the Accord of the same era, the Legend was also the first production Honda vehicle worldwide to feature a V6 engine. The first differentiator that set the Legend apart was its transverse front-wheel drive powertrain. Luxury marques have traditionally stuck to a rear-wheel drive layout as a “premium” feature – except for Honda. The original Legend was well-equipped, well-built, and fairly decent driver’s cars.

The real success came with the second-generation Legend. It grew larger in every direction, closely matching the 1991 Lexus LS in several dimensions. It did also retain its front-wheel drive powertrain, but now with a larger 3.2L V6. Its handsome looks and more athletic attributes put it in good favour compared to the larger and heavier rear-wheel drive Japanese luxury sedans of the 1990s. This was Honda in its heydays – pretty much everything produced in this decade was excellently engineered. There are still a handful of good condition Legends running around up here in the salt-belt we call Toronto, and they still manage to get attention. 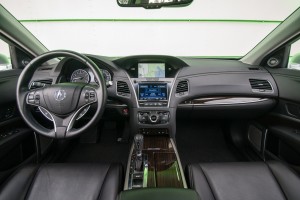 The wide appeal of Acura’s entire lineup ensured continued success for the brand. Subsequent cars would unfortunately drop the Legend nameplate, in favour of the RL moniker. The second-generation RL, starting in 2005, really turned up the wick in terms of technology. Still sticking with a high-tech V6, the RL was made available with Acura’s new and genius SH-AWD system, which could route power around not only from the front to rear axles, but side to side on the rear axle.

Acura would continue to cram their latest technologies into the RL, slowly trickling them down to the rest of the lineup, and in some cases, into the Honda lineup. While Honda and Acura faithful always had a well-reviewed, high-tech flagship to turn to, many of its other Japanese competitors would continue to innovate in a way that led to more actual sales. The RL as a result lagged behind other choices, like the Lexus GS and Infiniti M series that offered similar external dimensions, V6 engines (even V8 in some cases), and lower starting prices for almost-competitive levels of equipment. More importantly, even Acura’s own TL has grown and matured to the point where it got dangerously close to the outgoing RL. To break out of that shell, Honda went back to the drawing board, changing the name once more, and pushing the technology game further like they always have. I picked up the keys to the 2014 Acura RLX, with the Elite package. 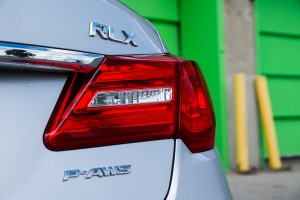 The first thing that came to my mind was that the RLX looks just like a big TL (itself to be replaced soon with the TLX), but there’s more to it than just that. One of the criticisms of the previous RL was its size – or lack thereof. The new RLX adds several inches in both the overall length and wheelbase – critical for that all-important rear seat legroom. The RLX’s larger size successfully distances itself from the smaller, but newer TLX. The “sparkling” (Acura’s words) Jewel Eye full LED headlights are the next attention grabber. The clear lenses are great to look at whether they’re on or off.

The rest of the RLX is trademark Acura, with the latest version of their somewhat polarizing Power Plenum front grille. It is smaller than previous iterations, but still remains a prominent part of the RLX’s identity. In the field of “almost full-size” luxury sedans, the RLX manages to carry the Acura brand, but still retains some of its conservative styling cues. The shade of silver of my test car, Alabaster Silver Metallic looks good in the sun, but also helps the RLX blend in to traffic somewhat. I find the Crystal Black Pearl works best with the blacked-out LED headlight cluster. Fun fact: the RLX features a quad-exhaust tip configuration. Unfortunately, all these tips are hidden behind the rear bumper. Most competitors nowadays make it a point to show off their exhausts. 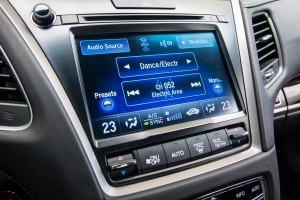 Inside, the RLX represents the best Acura has to offer for 2014. The multi-adjustable Milano-leather trimmed front seats are also ventilated as part of the Elite package. Rear seat accommodations for three are easy, thanks to the added wheelbase and overall width. The RLX boasts some technologies to reduce overall road noise and increase comfort. Active noise cancellation works like a noise-cancelling headphone, by playing sounds through the stereo that are opposite to offensive road noise. This system also accentuates engine sounds at high revs. Honda has always made a good-sounding V6, so this feature helps them balance low-speed luxury and high-speed enthusiasm. Double-paned glass also helps keep noise out. The Elite package steps you up to a special audio system from Krell. This 14-speaker setup is tuned to deliver crystal-clear frequencies – the output is especially good considering the relatively poor acoustic soundstage that cars typically provide.

What I would have liked to see, is Honda’s excellent LaneWatch system. Found in most new-for-2015 Hondas, this little camera mounted at the bottom of the rear-view mirror projects a high-resolution video feed of the passenger-side blind spot onto the central screen. This useful feature is seen on the new 2015 Honda Fit, but not the Acura RLX. My guess is that the RLX was too far along its development cycle for engineers to include it. There is, however, a more traditional blind-spot notification system available that is integrated into the side mirrors. Also, the rear trunk, while it can remotely open on its own, it cannot be closed electronically. One needs to close it the old-fashioned way. 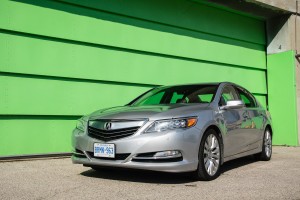 Under the hood is where the new RLX steps away from its predecessor. Under the hood is a new direct-injected “Earth Dreams” 3.5L gasoline V6 engine. Smaller than the engine in the outgoing RL, it is good for 310hp at 6500rpm and 272lb-ft of torque at 4500rpm. Power is managed by a six-speed automatic transmission (with paddle shift manual control), sending horsepower to the front wheels. All-wheel drive is not an option on the base RLX as of this writing – the upcoming RLX Sport Hybrid will provide motivation to the rear wheels by way of two electric motors. This is a big departure from the previous RL, which featured a SH-AWD system, powered by a traditional driveshaft and rear differential. We recently sampled the RLX Sport Hybrid and came away impressed.

While the powertrain of the standard RLX seems a little pedestrian, it is the technology attached to the rest of the car that impress. In place of the SH-AWD badge on the trunk, lives another acronym: P-AWS. No, it’s not another alphabet-soup term for all-wheel drive, but it’s for Acura’s new Precision All Wheel Steer system. At high speeds, the rear wheels steer in the same direction as the front wheels, increasing stability when you’re making a lane change. At low speeds, the rear wheels steer in the opposite direction, tightening the turning circle, making tight manoeuvers easy. The steering angle isn’t much from the back – up to 1.8 degrees, but its assistance is one you can feel from the driver’s seat. 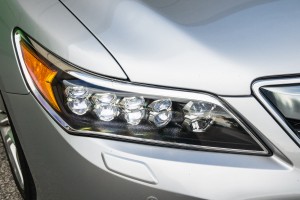 Speaking of assistance: the RLX Elite does a whole lot more to assist the driver. Adaptive cruise control (ACC) is available to keep tabs on the speed of the car ahead. In the event of a sudden slowdown, the Collision Mitigation Braking System (CMBS) can brake the car on its own to help avoid accidents before they occur. Lane Keeping Assist System (LKAS) can gently nudge the steering on its own to keep you safely in a lane. This feature is not meant to remove the driver’s interventions – the system will remind you to take control of the steering wheel after about ten seconds or so.

Acura rates the 2014 RLX at 10.5L/100km in the city, 6.4L/100km on the highway, and 8.6L/100km in a mixed cycle. I managed 10.6L/100km in mostly city driving, basically matching the estimates. The impressive highway estimates come from the fact that the V6 engine in the RLX can seamlessly run on three-cylinders under low load. The RLX will accept 70L of Premium fuel. 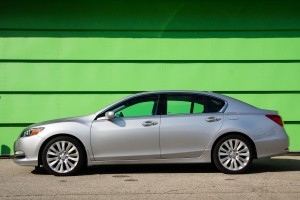 The RLX starts at $49,990 for the “base” model. It is decently equipped, with the P-AWS and full LED headlighting system coming as standard equipment. Stepping up to the $55,990 Tech package gives you satellite navigation, heated steering wheel, the premium Milano leather, and wood interior trim. The Elite package that I sampled stickers at $62,190 and gives you several more acronyms mentioned earlier: ACC, CMBS, and LKAS. Adaptive Cruise Control, Collision Mitigation Braking System, and Lane Keeping Assist System, respectively. On top of all these electronic nannies, the premium Krell audio system is a fixture of the Elite package.

The RLX continues Acura’s assault on the technology front. Acronyms I used to normally associate with Volvo are now a regular part of Acura’s flagship offering. The tech toys are immensely impressive, but there are a few aspects that weren’t as impressive. The loss of the traditional SH-AWD setup (sans electric assist) is a bit of a let-down. P-AWS is useful, but it doesn’t replace the extra help that two additional driven wheels can give you. At the end of the day, this is a front-wheel drive luxury car. To some, this is a deal breaker, as there is an apparent allure nowadays of having a rear or all-wheel drive luxury sedan. The RLX Sport Hybrid is available, but that car is quite a different beast. For years, it seemed that the ever-improving TL was cutting into RL sales, with its more affordable price and similar powertrain. The new TLX has the benefit of more current engineering and equipment, but a slightly smaller size. It’s up to the buyer to weigh the choices available. There are times where the top dog will always be the top dog, though.

Video Demonstration of the P-AWS System: 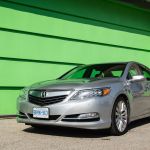 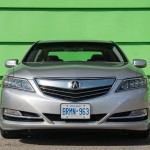 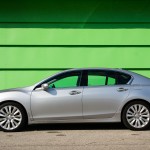 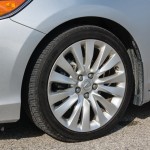 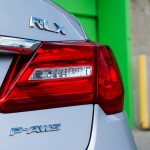 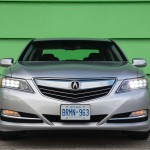 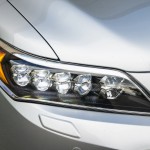 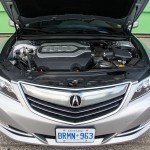 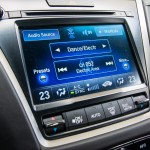 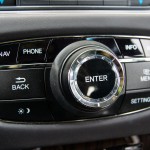 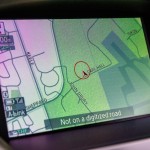 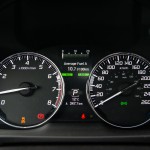 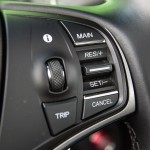 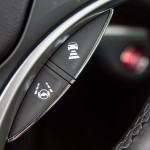 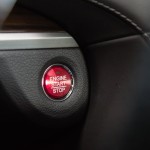 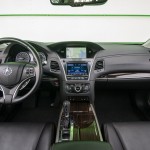