Want to learn how to ride? 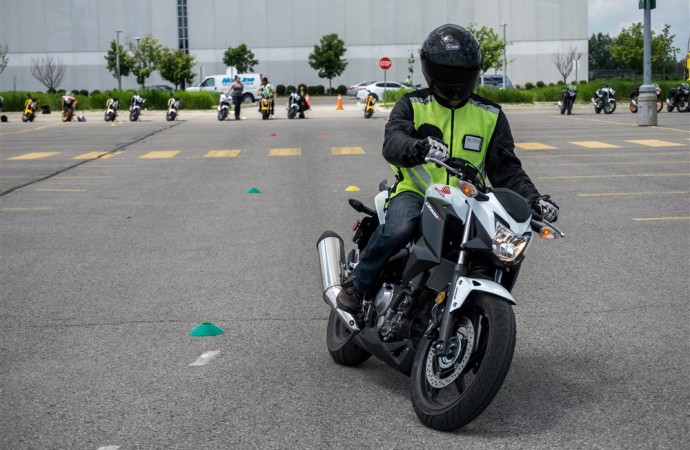 It's a piece of cake if done right! | I was able to learn a new skill that I can use for the rest of my life

Learning how to ride a motorcycle in Ontario is an interesting experience. Personally, I didn’t get my license earlier because I had convinced myself at a very young age that with my need for speed, the ability to legally hit the roads on two wheels could prove very dangerous. My editor has been trying to convince me for years now to pursue my M-class license, and when Honda Canada offered one of our staff members the opportunity to start fresh and experience Ontario’s motorcycle licensing process, I felt it was time to put my fears aside and do something a small part of me has always dreamt of doing. 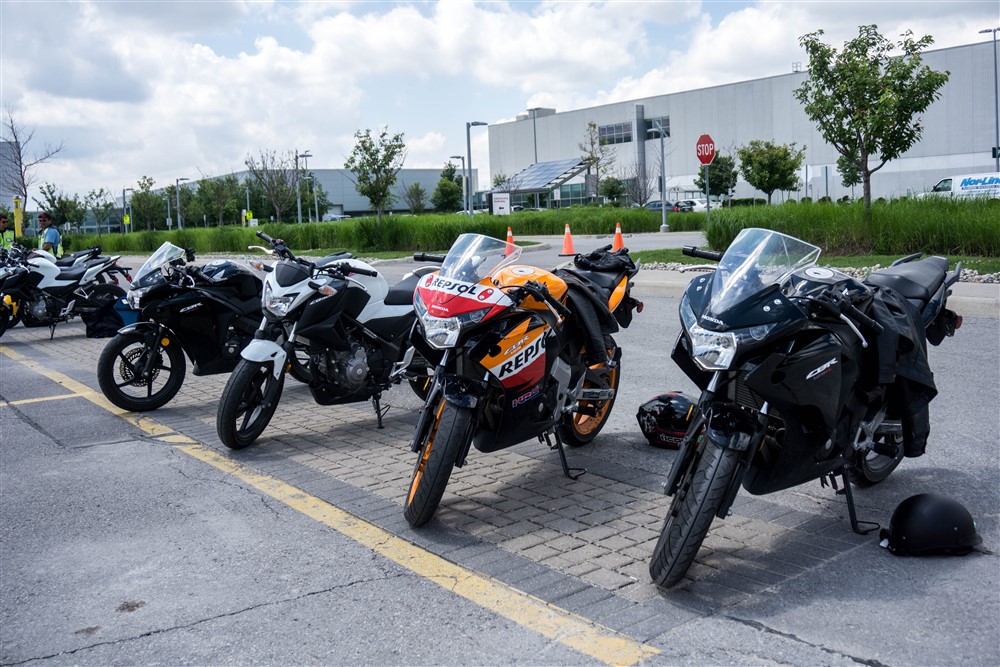 The first step to riding a motorcycle was for me to go to a Ministry of Transport Ontario (MTO) licensing center, also called DriveTest. Before I went there though, I had to intently study a manual quite similar to the one I did many years ago when learning how to drive a car. Passing a multiple-choice written test (it’s not quite as easy as it sounds) with flying colours earned me my M1 license, which is the two-wheeled equivalent of a learner’s permit. After nearly a four hour wait at the local DriveTest facility, I got all my paperwork in order and was officially licensed – well, the first step of the licensing process.

In Ontario, this M1 license is valid for up to 90 days, and costs $21+HST. With this license, I was legally able to ride a motorcycle with a few restrictions. More specifically, with this license I couldn’t ride after dark, no highways with speed limits of greater than 80 km/h, no passengers, and zero tolerance for alcohol, although I can’t imagine anybody being stupid enough to ride a motorcycle after drinking. Of course, the M1 itself was pretty useless to me, because I had never operated anything with two wheels other than a bicycle, so I didn’t have the faintest clue as to how a motorcycle works. 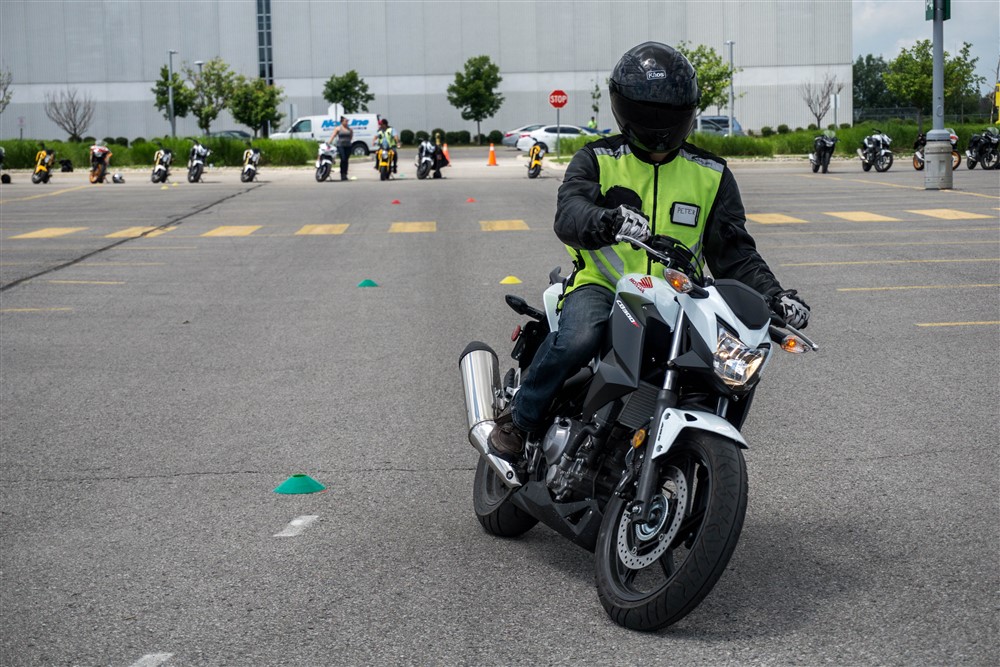 Ever since our team started reviewing bikes two seasons ago, I was shown things like where the clutch is, and what the foot-operated controls did. I was occasionally given the opportunity to sit on some pretty neat bikes while they were parked, and my interest began to spark. Honda teamed up with Learning Curves, one of Ontario’s leading motorcycle instruction schools, and after I had my M1, I was sent to Learning Curves for a weekend with the promise that I would finish this course having learned how to operate a motorcycle.

Learning Curves offers three hours of classroom time, done on a Thursday or Friday evening, and 14 hours of on-bike instruction, covered over a Saturday and Sunday. The bikes we were given were Honda products, ranging from CBR125s to the hilariously awesome Grom. I’m not going to lie – I was pretty nervous going into this. I knew how to balance a bicycle, but motorcycles are heavy! What if I dropped one? What if I forgot how to stop and bashed into something and hurt somebody? Thankfully, immediately after arriving at the first part – the classroom instruction – I realized that I was in good hands. 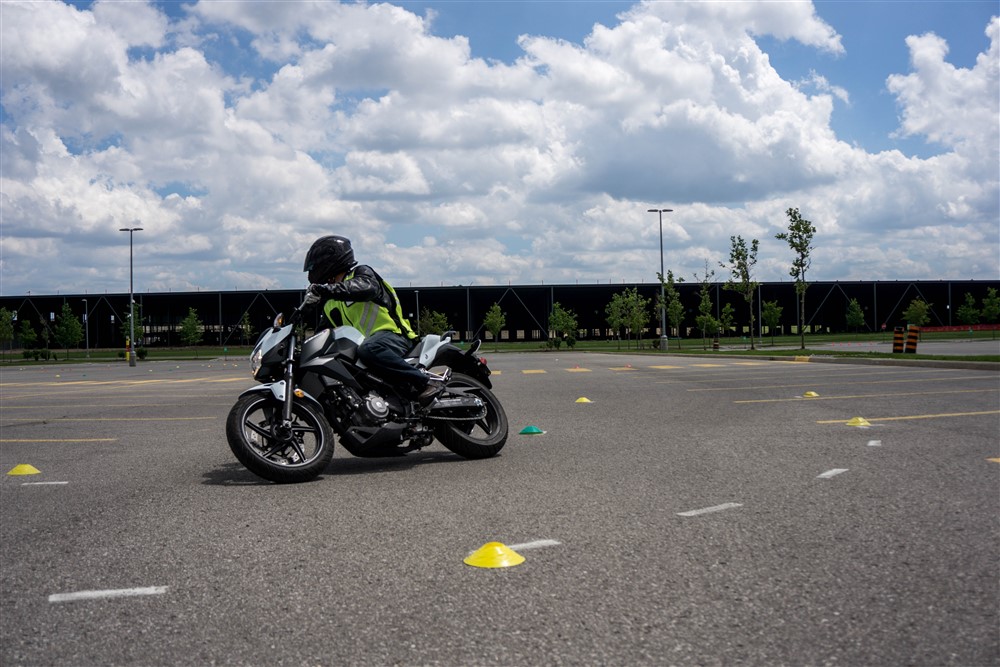 The team was full of enthusiastic people genuinely passionate about riding and teaching others how to ride. This wasn’t like driving school where your instructor sits in the passenger seat, sticks the radio to a local talk channel and takes a nap while you drive around. Every concern that students expressed was immediately addressed to the point of satisfaction, and the instructors were very clear about wanting to eliminate any sort of doubt or lack of confidence in the students. The reality is, motorcycling isn’t particularly easy, and so a good deal of self-assurance is required in order to be out on the open road.

There’s a hugely negative stigma around motorcycling in this province. Perhaps it’s because we only have a few months each year where it’s actually warm enough to ride, or maybe it’s because people are just generally becoming more and more paranoid. The fact of the matter is though; motorcycling requires a lot more awareness and a few more protective precautions in order to ensure safety for you as the rider as well as those around you. We were instructed about the importance of proper riding gear (boots, proper pants, jacket, helmet, gloves) as well as physically being aware of your surroundings while out on two wheels. Things like shoulder checks and correct mirror positions are not to be taken for granted. 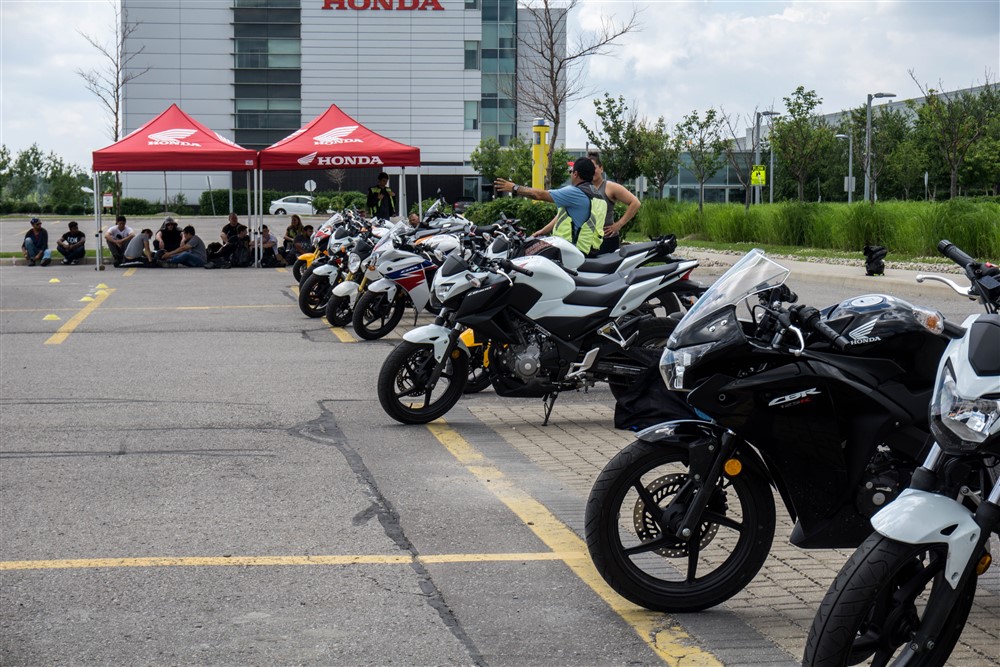 It’s nearly unbelievable how much the folks at Learning Curves were able to squeeze in over the course of 17 hours. I learned everything from how to walk a bike across a parking lot to maneuvering around a slalom using the push steering method. By the end of my course, I had a great deal of confidence and could not wait to hit the road on a bike of my own. The final two hours of the course on Sunday, my instructor transformed into an examiner, and we were given practical tests on bikes. Those who were attentive and focused (myself included) had no issues passing, and we were handed certificates of completion.

Along with the certificate that I was proud to say marked my successful completion of this course, I was told that after having the M1 for 60 days, but no later than 90 days, I could go into the DriveTest center and pick up my M2 license. Learning Curves is able to submit this information to the MTO electronically. Now, thanks to the fine folks at Honda Canada as well as the team at Learning Curves, I can take my time becoming more proficient on two wheels on real highways and in my own comfort zone. The real beauty of this whole situation is that I was able to learn a new skill that I can use for the rest of my life – there really is no better feeling than being on the open road during a warm summer day on two wheels!

Want to learn how to ride? 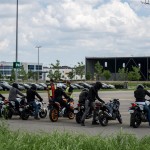 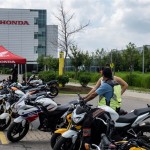 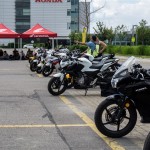 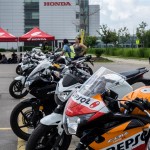 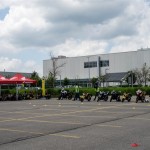 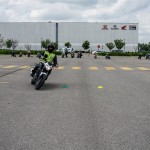 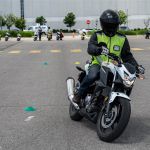 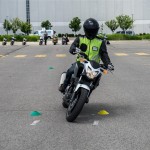 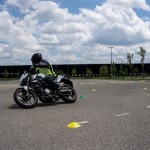 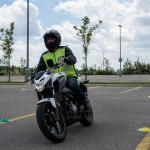 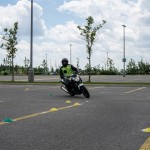 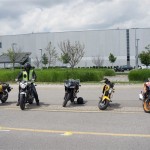 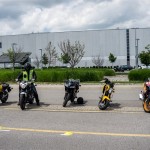 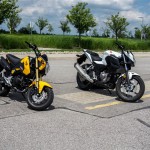 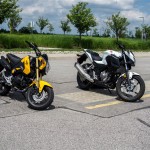 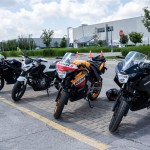 *Disclaimer: The manufacturer provided the author with full guidance through the steps of acquiring his M2 license. This editorial was not subject to pre-review.*