The rugged debut of the 2017 Toyota Tacoma TRD Pro 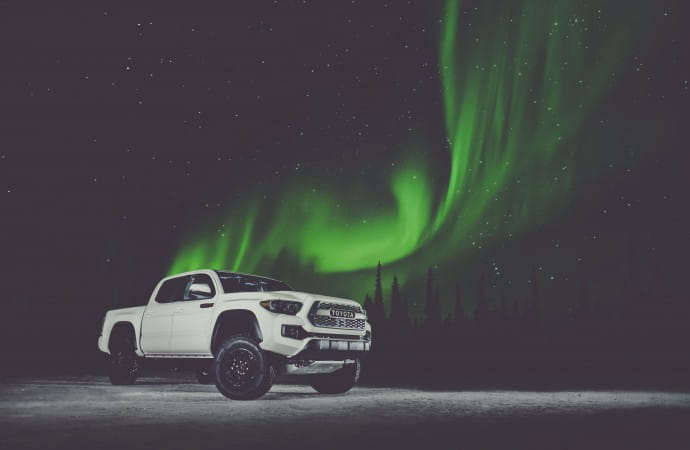 The 2017 Toyota Tacome TRD Pro is a rugged machine packed with technology and features to help get you through your offroad escapades.

Toyota’s TRD division has always been known to spruce up some the vehicles in the line-up. The TRD Pro Series is familiar amongst the larger vehicles in Toyota’s family, namely the Tacoma, Tundra, and 4Runner which often go places no other vehicles can. The TRD Pro Series treatment, proving itself worthy through success in numerous offroad endurance races, is given to the all-new Tacoma this year. 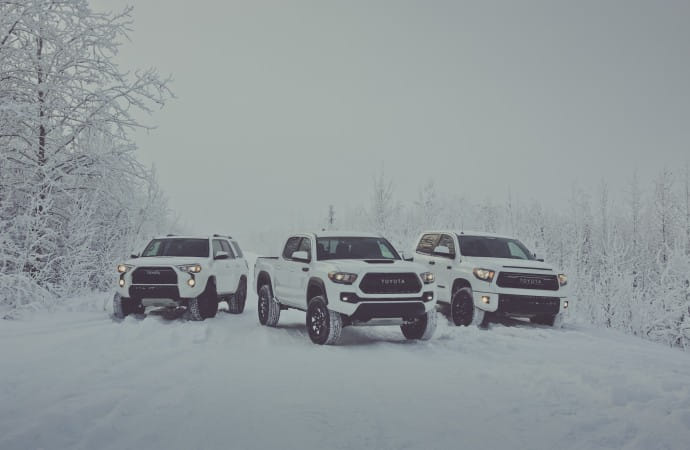 The 2017 Toyota Tacoma TRD Pro is for die-hard offroad enthusiasts. This is evident from both the outside and inside. Starting with the paint, there are only 3 exterior colours to choose from: Cement, Barcelona Red metallic, and Super White. The vehicle will ride on black 16 inch TRD wheels with ruggd Goodyear Wrangler All-Terrain Kevlar tires which will be able to take abuse from offroad adventures. A front skid plate will be added as well as certain parts receiving a blacked-out treatment. Topping it off, TRD badges will help identify this Tacoma as one out of the ordinary. 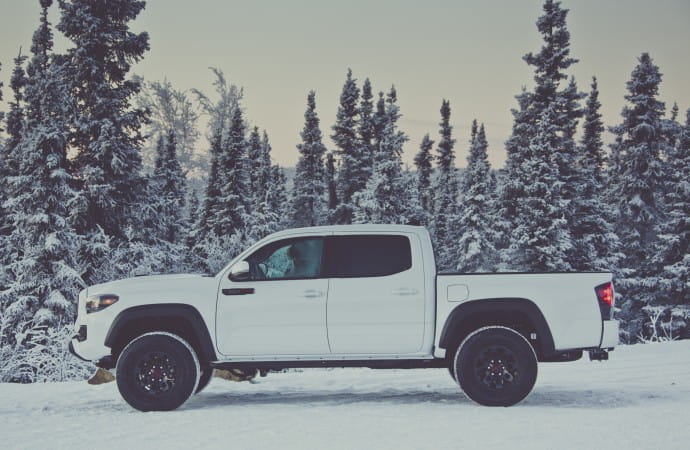 The interior will feature TRD leather-trimmed heated front seats, integrated navigation, driving aids (i.e. parking assist, rear cross-traffic alert and blind spot monitoring) and a whole onslaught of TRD branded interior appointments. The center console features a 4.2″ Multi-Info display with a inclinator and tilt gauge built in. A cool feature found in all Tacoma models, including this one, is the integrated GoPro mounts on the windshield. 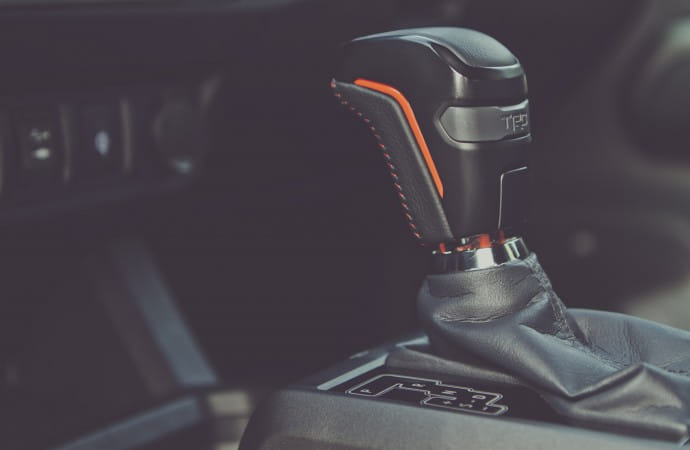 Performance on the Toyota Tacoma TRD Pro is a few dials turned up. The engine is a 3.5 liter V6 with VVT-iW intake and a VVT-I exhaust. Power output numbers have not yet been shared, however, power will be put down through either a 6-speed manual or automatic transmission using Toyota’s 4WDemand (part time) 4wd and Auto Limited Slip Differential and Active Traction Control (only available with the manual transmission). The largest upgrade, on this model over the regular, is the suspension. The suspension has been revamped with FOX 2.5 Internal Bypass Shocks tuned by TRD, a TRD 1-inch lift kit and a TRD tuned suspension. The Tacoma TRD Pro will come standard with the V6 Tow Package which features additional cooling features for the engine as well as a tow hook and Trailer-Sway Control. 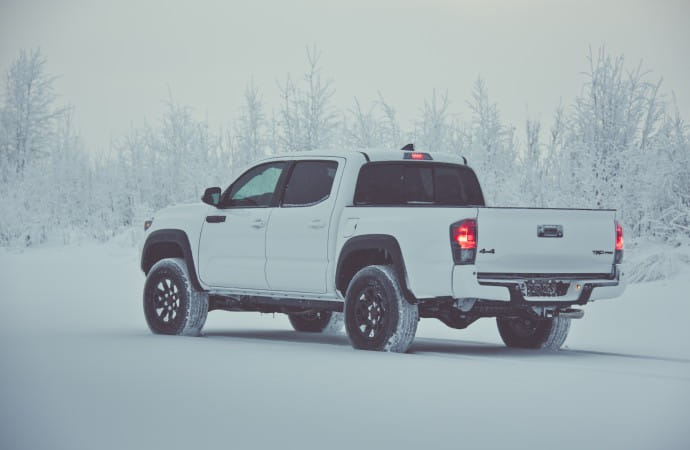 Offroad technology includes Crawl Control (automatic transmission only) which regulates the speed and braking to help the driver focus on navigating terrain; and Toyota Multi-Terrain Select adjusts wheelspin, engine throttle and traction control through 5 driver select modes. Another feature automatic-exclusive is the Hill Start Control Assit which helps prevent the Tacoma from rolling backwards on hills. 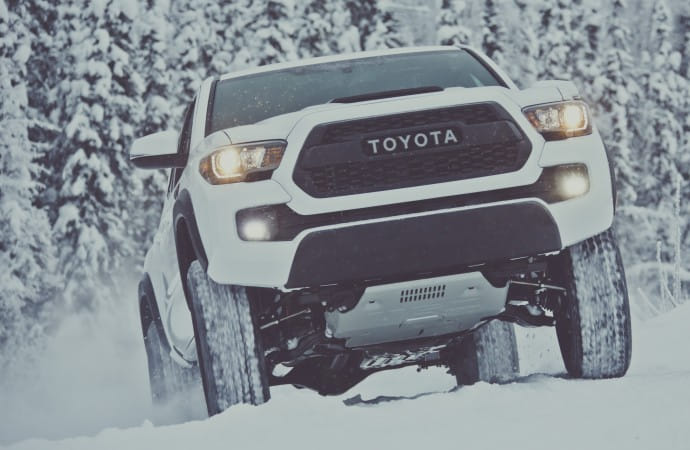 The 2017 Toyota Tacoma TRD Pro will be ready to tackle extreme terrain come fall of 2016.