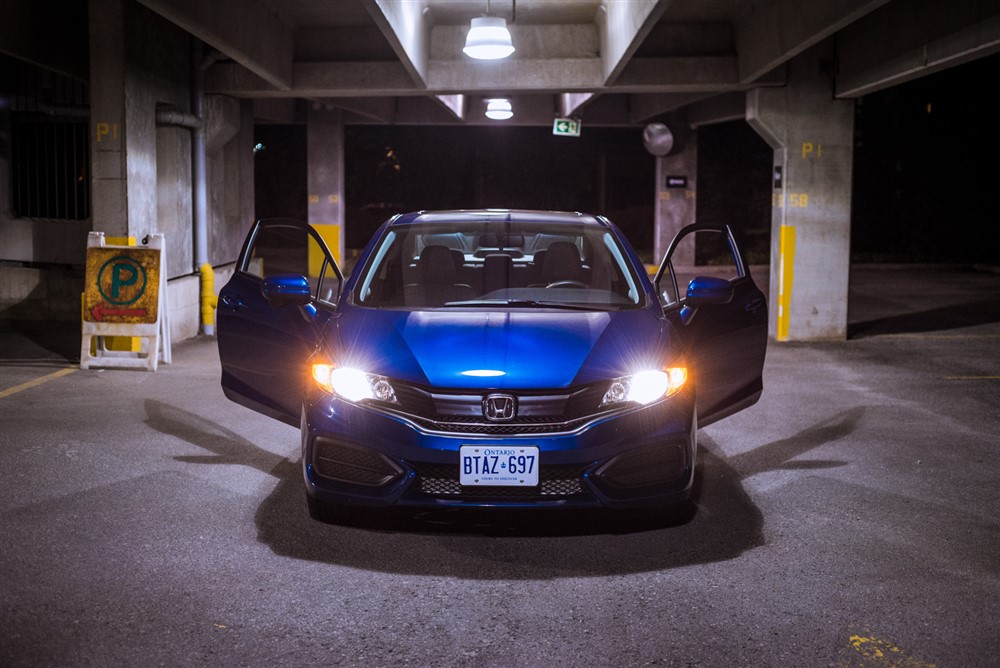 I recall quite vividly the first car I ever stepped foot in as a child. It was a white 1990 Honda Civic sedan. I remember the dials and switches for the HVAC and how cool it was to see the driver shift gears. Obviously, I’ve grown considerably since then, and have seen and driven a wide array of vehicles. The Honda Civic has always been no more than one degree of separation from me. Whether it was a camping trip or a quick jaunt around the city in a friend’s Civic, the car has always been close to me. It’s no wonder that the car has nabbed the title as one of North America’s best-selling models. It always stuck to its roots as a car for the masses, reliable, efficient, and great value for money. With the entrance of new competitors in the market though, can the new 2014 Honda Civic Coupe remain the best? 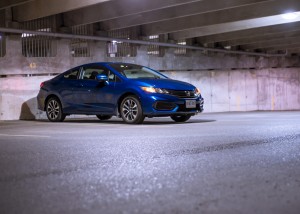 The tester I received was a Civic EX Coupe in Dyno Blue Pearl – a fantastic colour in the sun mind you – with a five speed manual transmission. In the past, I’ve always felt that the Civic (save for the Si) had featured some rather bland exterior styling. Honda however did a decent job bringing some flair to the exterior of the new Coupe, with aggressive angular lines that ultimately give it a more imposing look (especially on the front end) than the previous years model.

Personally, I find the uniquely styled 16 inch aluminum alloy wheels – which are standard affair on the EX trim – give the car a sportier look than its competitors. Perhaps if they were a bit larger, it would offset the otherwise rather tall looking stance the car adopts on factory springs. Still though, at $22,628 the Civic Coupe offers great value for money. Especially when you get behind the wheel. 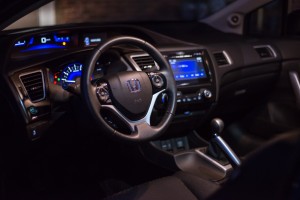 Stepping inside, the most prominent feature is the huge 7-inch display. Bluetooth, HDMI, USB, and AUX are all standard on the Civic EX Coupe. Coupled with Honda’s LaneWatch camera system and a backup camera, the Civic is seriously well equipped for a mainstream commuter car. Save for the awkwardly positioned engine start/stop button (I developed a strange habit of reaching for the emergency flashers instead of the starter button), and the touch volume controls, Honda has done a great job fitting the cabin with creature comforts to suit the masses.

One thing to note is the generous number of cubby holes Honda offers in the Civic. Seriously, I love it when a manufacturer considers all the stuff people could be carrying at any time. The dash uses a bit more hard plastic than I would like (especially around the instrument cluster) but otherwise, there are no unpleasant surprises about the fit and finish. 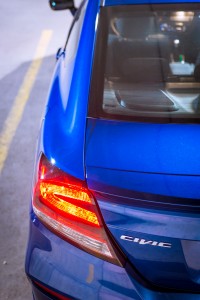 Starting the little 1.8L engine you can really tell that Honda has done a great job with regards to cabin insulation. Even cruising on the highway at 3000 rpm, one can hardly hear the engine. The 1.8L single overhead camshaft i-VTEC 4 banger pumps out 143 horses. This may be a few horses less than other Japanese and Korean rivals, but from my time spent with the Civic, I was never left wanting for more, save for perhaps an extra cog for the highways. While the CVT does offer better potential fuel efficiency (I managed an average of 7.8L/100km in combined city and highway driving), and easier commutes during stop and go traffic, the 5-speed manual equipped in my tester is literally effortless to operate during rush hour. Honestly, I haven’t driven a manual this effortless in my life.

The clutch is light, and the shifter is incredibly easy to use. Throws aren’t too long, each gear slides in easily but it isn’t mushy like that in other mainstream cars I’ve driven. There’s a satisfying notch to each throw, but at the same time, it isn’t too stiff. It’s almost as if the transmission knows what situation you’re in and can predict what you want from it. When you’re in stop and go traffic, the gearshifts are undemanding and the lever glides in place. When you want to push it, the transmission responds, with each satisfying click. Ultimately, the transmission is the perfect answer for someone who wants a fuel-efficient car that can still be considerably fun when the opportunity arises. The steering too is light, but incredibly responsive. Toss the Civic into a corner and the car holds its own with minimal body roll (but this won’t be a track star by any stretch). Suspension is great for city driving – not too firm, but firm enough that it gives the confidence to put the car through its paces. 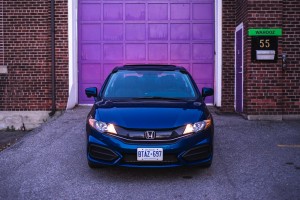 Overall, the 2014 Honda Civic Coupe checks all the boxes for a great car. It has the right transmission, offers bountiful creature comforts inside, and is pretty fun to drive. I might go as far as to say it’s a contender for the perfect commuter car for the young professional. 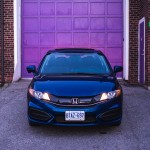 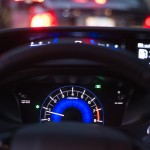 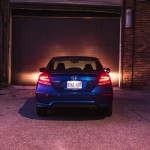 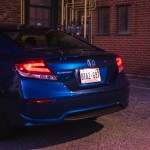 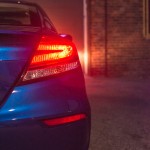 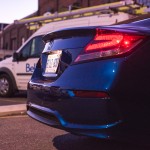 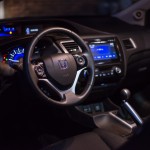 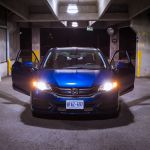 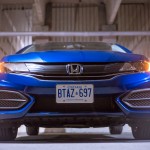 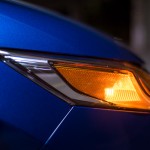 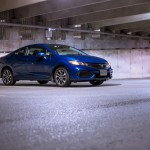 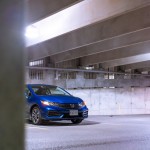 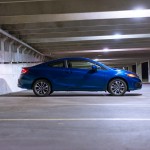 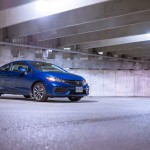 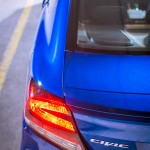