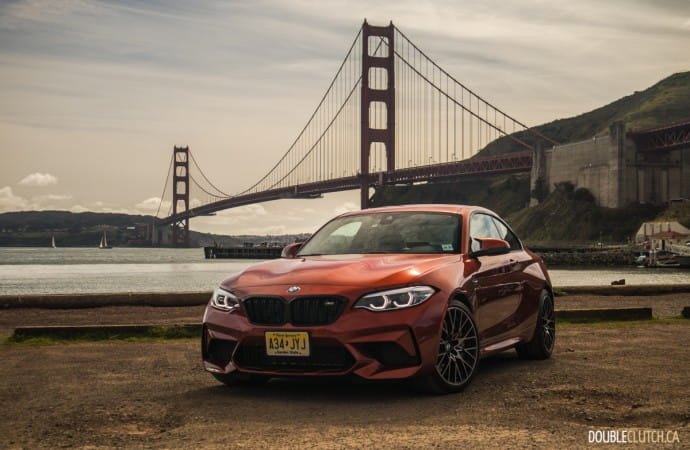 The BMW M2 has been praised over and over again throughout its production run.

SAN FRANCISCO, CALIFORNIA – Introduced in 2016, the smallest full on M car has been referred to as a modern day E46 M3, given the power and weight numbers, excellent chassis, and the fact that the M3 (reviewed here) has grown in size significantly. The Bavarians have just replaced the standard M2 with something a little bit more serious. We were thrown the keys to the 2019 BMW M2 Competition over a weekend in the beautiful Bay Area. 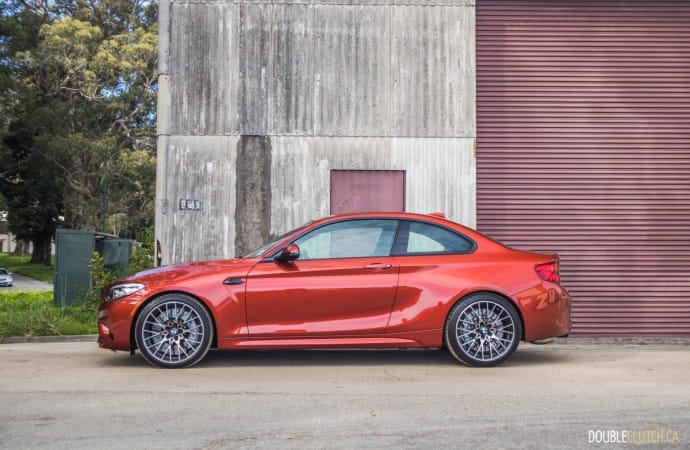 Our managing editor Jerry Vo already drove the M2 Competition (reviewed here) last fall, but conditions were not optimal with very cold temperatures and the inability to truly put this car through its paces. This test vehicle came painted in a stunning Sunset Orange, which has more vibrance than other options and stands out in a sea of beige and silver crossovers. The M2’s proportions are excellent as well, with a wide stance and relatively short overhangs. If you can deal with a two-door, this is the one to have.

The biggest upgrade from the “standard” M2 to the new M2 Competition is a more powerful and better engine. The twin-turbo 3.0L inline six-cylinder from the M3 and M4 (reviewed here), codenamed the “S55”, is now the only available powertrain. It replaces the old “N55” and boasts 405 horsepower at 7,000RPM and 406 lb-ft. of torque, arriving at a low 2,350RPM. An interesting note is that the S55 is actually de-tuned from the M3 and M4 applications, but is still a significant bump from the old car’s 365/369 numbers. 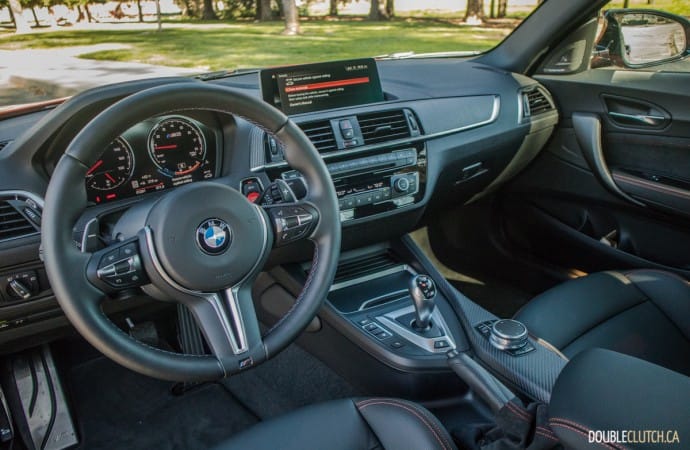 A six-speed manual is available and standard, but BMW North America opted to spec this test car with a seven-speed dual-clutch automatic. It’s not a bad setup, but BMW’s DCT tends to buck a bit in sportier settings at low speeds. If you’re not in manual mode, it can get confused and render a jerky setup. Another observation on the hilly roads of San Francisco is that the DCT tends to roll backwards. This is fine on a manual car, where modulation of the clutch and throttle can minimize or eliminate this roll, but it’s a bit unpredictable on the DCT and can be a challenge to get used to.

Out on the open road, the S55 is a sublime motor, with crisp and linear power delivery and torque right through the RPM band. It’s not noticeably faster than the old motor, but it trades some of the N55’s refinement for more noise and a genuinely raw feel. An Active M rear differential is on board, sending torque through across the rear axle when cornering. It works seamlessly and makes for the response that enthusiasts want. The adjustable “M1” and “M2” presets will adjust steering response, transmission, engine and stability control calibration to make for the most personalized experience possible. 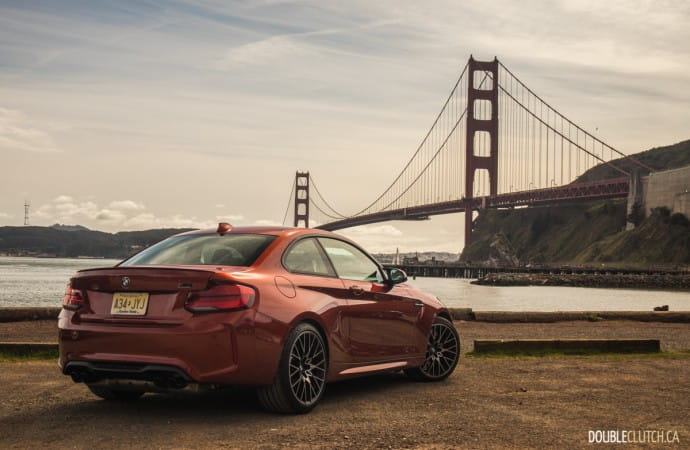 Ride quality from the fixed performance suspension is very firm, but in a good way. Track day junkies will enjoy the lack of body roll and the way the M2 carves through the corners while keeping occupants balanced. In an everyday commuting setting, the ride can feel thrashy on uneven surfaces and pothole-ridden streets, but it’s nowhere near firm as, say, a Ford Focus RS (reviewed here). Adaptive damping would be welcomed, but it’s not necessary – we asked for a raw performance car and they gave us one.

The standard tires BMW has fit to the M2 Competition are the Michelin Pilot Super Sport, with a staggered setup (245/35R19 rear and 265/35R19 front). This tire only complements the M2’s lovely road manners and minimally adds to the firmness. We’d like to see the Super Sport’s successor, the Pilot Sport 4S (reviewed here) added to the M2 Competition in forthcoming model years. At the end of the day, all of this from tires to suspension and steering will contribute to a car that handles brilliantly. The electric power steering does a good job pointing the car where it needs to go, but it’s devoid of any real feel – this to me is the key differentiator between the E46 M3 and the current M2. 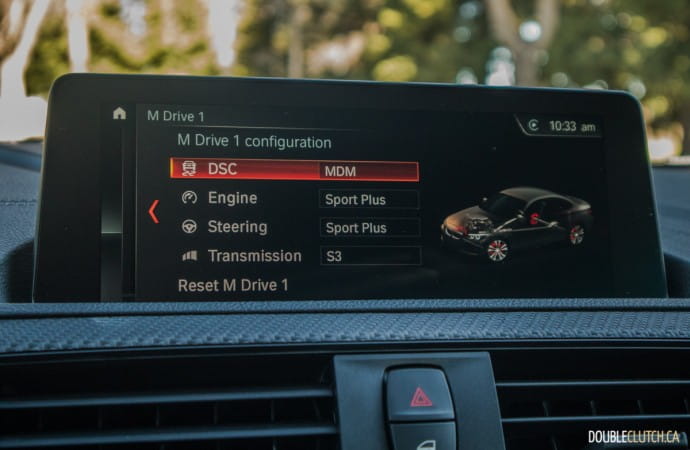 On the inside, the M2 Competition is a decent place to spend time. The 2-series, even after its mid-cycle refresh, is lagging behind newer BMW models in terms of interior technology. The updated iDrive system now supports Apple CarPlay, but the dual-zone climate control lacks the ability to synchronize the temperature throughout the cabin. The iDrive controller’s placement is a little bit too far towards the rear of the car, which can require some contortion to access comfortably. The seats are bolstered nicely and swallow the miles effortlessly, but could use some more adjustability for a more optimal driving position.

The sticker for the 2019 M2 Competition starts at $71,250 Canadian for the manual transmission model, and $75,150 for the DCT tested here. Our car was also equipped with the $1,000 Harman-Kardon sound system and $895 premium paint, bringing the sticker to about $77,000 before taxes and fees. When compared to the competition like the Porsche 718 Cayman (reviewed here), the M2 begins to sound like a serious value. The P-car starts at a reasonable price point, but Porsche will nickel-and-dime for any and every options checked off, and it starts to add up quickly. 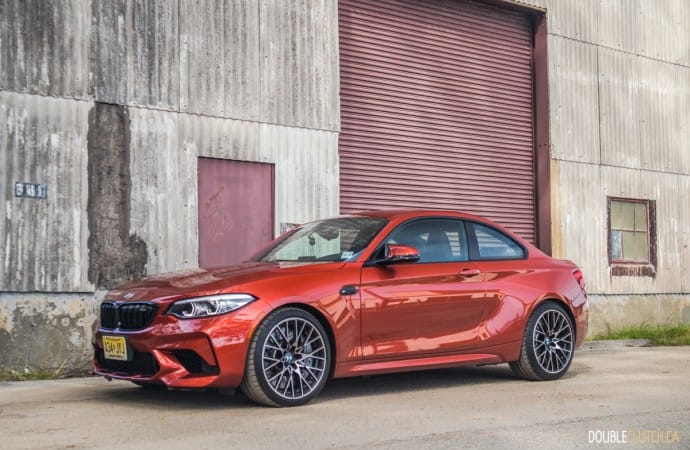 After a few days with the 2019 BMW M2 Competition, I finally understand what my colleague was talking about. This is a raw performance machine for the modern era, with frills that are expected in a daily driver (heated seats, Apple CarPlay, Bluetooth connectivity, etc.). It doesn’t have that sharp BMW hydraulic steering, but the smaller footprint makes it feel more crisp and special than the larger M3. If you really need four doors, the Audi RS3 (reviewed here) provides similar power numbers and all-wheel-drive, and is worth a look. The M2 Competition is a chameleon; a car willing to tackle the rush hour commute and also a very worthy track day weapon. 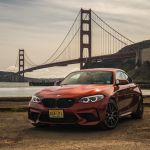 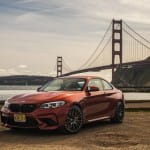 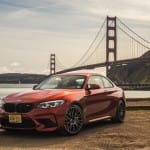 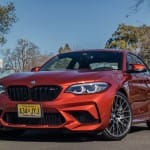 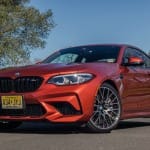 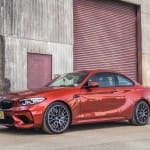 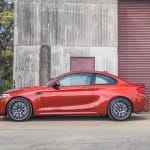 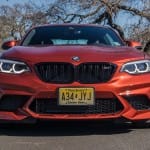 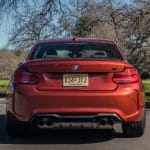 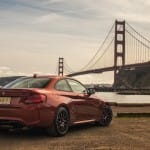 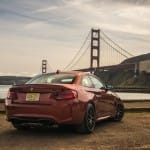 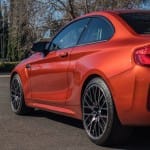 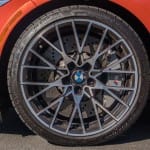 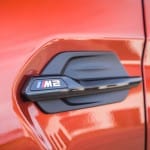 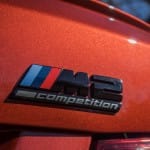 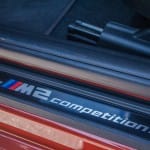 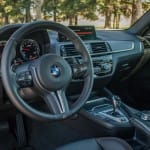 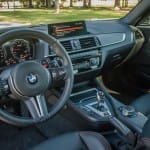 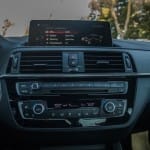 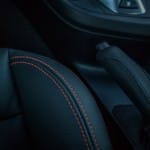 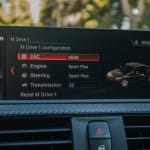 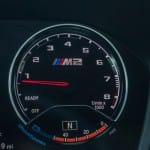 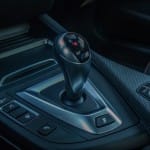 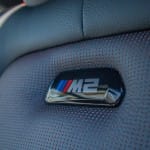