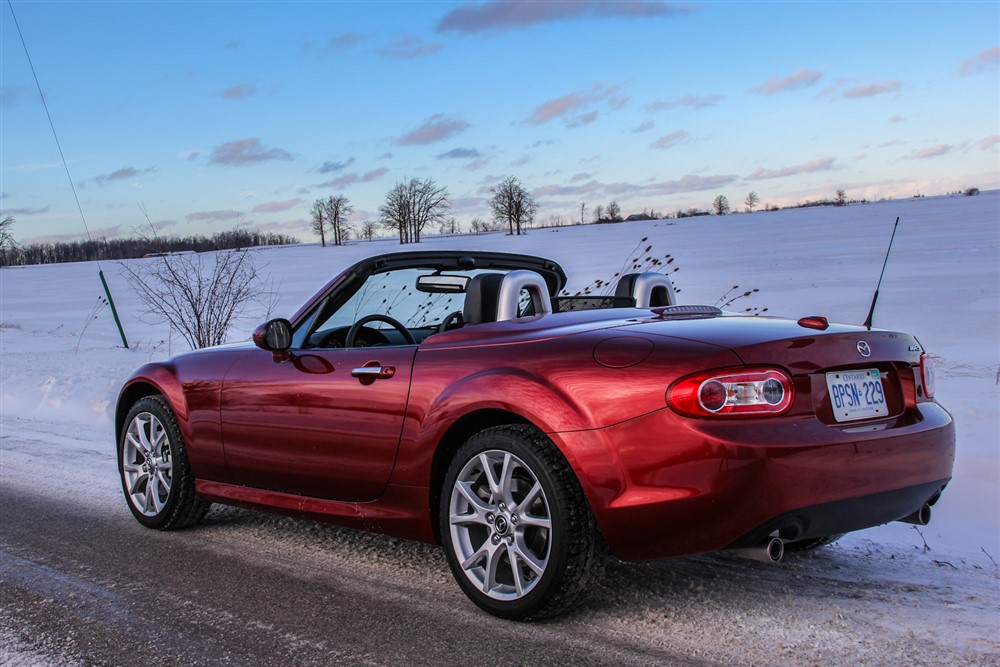 A real man's winter car The MX-5 is legendary for its wonderful weight distribution, and for being one of the few affordable drivers’ cars left in the North American market.

As you already know, we like to do things a little differently here. While our friends at other media outlets like to conduct long-term tests of all-wheel-drive, family-friendly vehicles throughout the winter, we wanted to set ourselves away from the pack. It appears as though Mazda Canada is also a bit different from other manufacturers. When the weather gets cold and the roads become snowy and salty, the fun test cars go away and are replaced largely by SUVs and all-wheel-drive sedans. Mazda threw a great set of winter tires on their 2014 Mazda MX-5 GT and said “bring it on” to old man winter.

Our long-term tester, a Zeal Red MX-5 with the power-retractable hardtop, arrived on a particularly snowy day. We did a bit of a drive through some rural twisties with the Mazda and the 2014 Subaru XV Crosstrek Hybrid, and watched both cars shine in their own respective ways. The Subaru was grippy and efficient, while the MX-5 is just one of the easiest cars to drive out there.

After having driven numerous MX-5 Miatas, all being either the base or the GS trims, it was interesting to get behind the wheel of this GT for its first few days with the team. This trim level adds heated leather seats, an intelligent key system, and HIDs. All MX-5s are powered by the same 2.0L 4-cylinder putting out a modest 167-horsepower and 140 lb-ft of torque. Because Mazda loves catering to the enthusiast just as much as they cater to the mainstream automobile buyer, this top-trim GT is still available with a 6-speed manual transmission. We naturally opted to test the manual model. 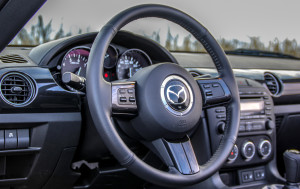 This is one of the best transmissions in the industry. The shifter is short and snaps into gear effortlessly, and the clutch is heavy but easy to modulate. The pedal position of the MX-5 makes it incredibly easy to heel-and-toe. 167 doesn’t seem like too many horses, and it’s really not. It’s still one of the best-driving cars I’ve driven all year. The MX-5 is legendary for its wonderful weight distribution, and for being one of the few affordable drivers’ cars left in the North American market. Its current generation, dubbed the “NC”, is getting up there in age, but it still drives amazingly.

My tester arrived in our garage with just over 400km on it – not even close to being broken in. That combined with temperatures well below -10 degrees Celsius should explain my fuel consumption of just under 10L/100km. It’s important to note that the MX-5 GT does require premium fuel due to the high compression engine. 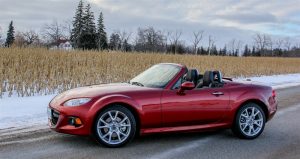 I didn’t really have any complaints with the car during my week with it. In fact, even despite the extremely cold temperatures, I was able to enjoy some open-top motoring. With the windows up, the heater on full blast, and the heated seat on, I was rather comfortable in the car booting around the city. I do wish that for the price tag just shy of $40,000, they would include USB input. The GT does have Bluetooth connectivity, but unfortunately no music streaming. Additionally, my iPod-bearing colleagues had to resort to using an old-fashioned auxiliary cable.

Those over six-feet tall or those with abnormally long legs need not apply. Our esteemed editor is just over that height, and despite jumping at every opportunity to drive the car, he complained about his knees being in severe pain after every stint longer than 20 minutes. This car is meant for the driver who can appreciate the value of old British roadsters such as the MGBs and the Triumph Spitfires. The Mazda MX-5 is a legend, and we’re proud to welcome it into our garage for the coming weeks. 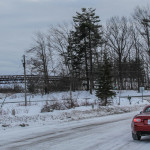 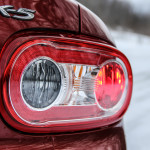 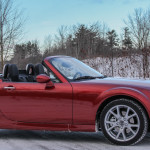 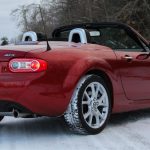 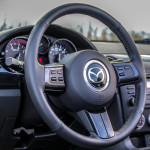 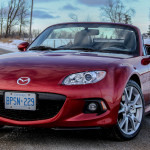 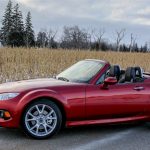 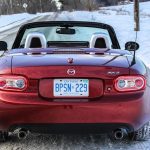 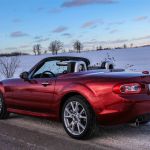