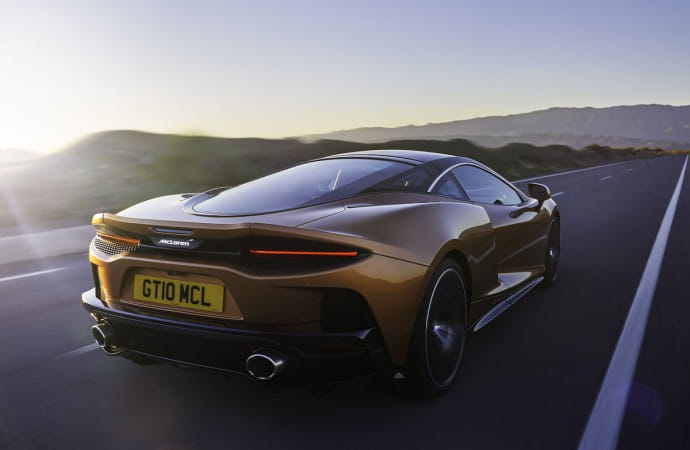 A mid-engined blend of supercar performance and grand tourer civility.

Big, fast, opulent and front-engined. The basic formula for a grand touring coupe has been the same since the days of the Dusenberg Model J and the Bugatti Type 75. Now though, McLaren reckons that a mid-engined car can provide supercar speed without sacrificing the comfort and usability found in front-engined grand tourers. 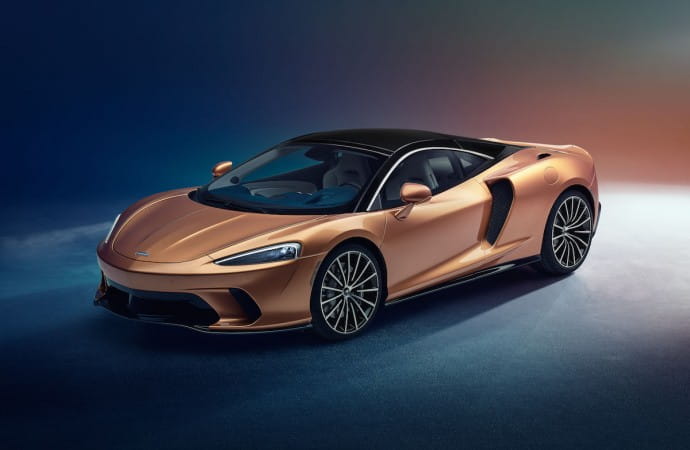 Enter, the McLaren GT. A 612-horsepower mid-engined rocketship with all sorts of features and design touches to make it a little more livable than the average supercar. While the basic structure is still McLaren’s signature carbon tub, the body is all-new, as is the roof structure. This allows for a generous 420-litre rear luggage bay and because it’s a mid-engined car, there’s also a 150-litre front luggage bay for a grand total of 570 litres of storage. That’s 300 litres more cargo space than in an Aston Martin DB11. The McLaren GT also keeps with the grand touring ethos by having a relatively reserved exterior. No high-mount exhaust tips, no leering front fascias and no crazy-looking aero bits here, it’s all more traditional. Hints of fifth-generation Viper can be found in the front fascia while the side scoops have a touch of Ferrari Enzo to them. Out back it’s clean and minimalist without seeming derivative, while the wheel designs and colour palette are significantly more conservative than those on other McLarens. No teal, yellow or retina-searing green here. 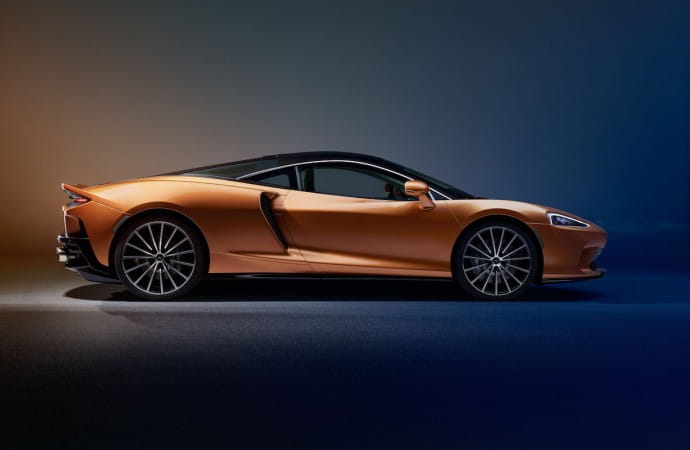 The interior of the GT is mostly standard McLaren fare, although with an increased focus on luxury. Leather-wrapped surfaces abound, while much of the trim is either machined or knurled aluminum. The seats are said to be more comfortable than those on other McLaren models and the infotainment system’s mapping software has been improved. A twelve-speaker Bowers & Wilkins audio system is available, while satellite radio, ambient lighting and dual-zone climate control are standard. Two exceptionally opulent options are an available electrochromic moonroof and, later in 2019, available cashmere upholstery. McLaren claims that this is the first use of cashmere for upholstery in a production vehicle. 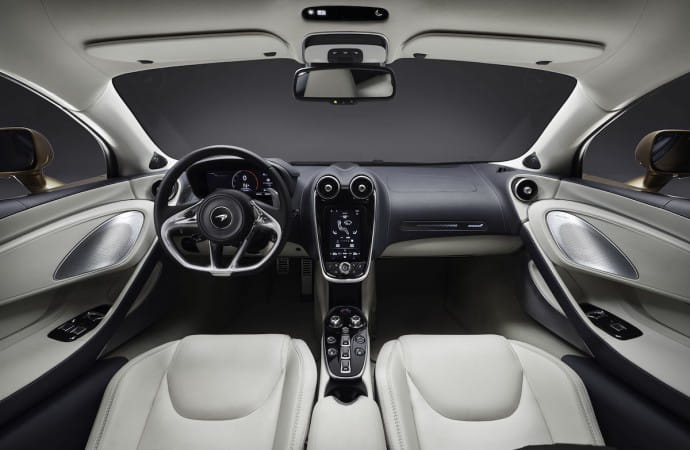 Powering the McLaren GT is a 612-horsepower 4.0-litre twin-turbo V8 engine that keeps the 0-100 km/h time down to a quick 3.2 seconds. The 0-200 km/h sprint is achieved in nine seconds flat while the top speed of the McLaren GT is a very quick 326 km/h. Supercar stats that, thanks to 95% of peak torque being available from 3,000 RPM to 7,250 RPM, shouldn’t come with supercar peakiness. Nor should there be a supercar-stiff ride, thanks to the latest iteration of McLaren’s Proactive Damping Control with a highly sophisticated Optimal Control Theory system that reads the road surface and acts predictively to smooth out the ride. Another neat trick up the suspension system’s sleeve is a 13-degree approach angle and 130mm of ground clearance with the vehicle lift system active, comparable to many luxury sedans. This means owners have to worry much less about bottoming out or scraping over speed bumps and driveway entrances. 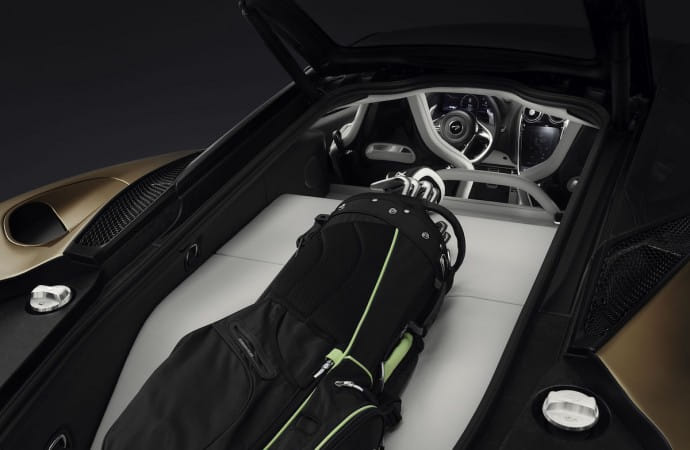 By blending genuine supercar credentials with grand touring civility, the 2020 McLaren GT promises buyers that they can finally have it all in one car. Canadian pricing for the 2020 McLaren GT has not been publicly announced yet, but American pricing starts at $210,000 US. McLaren retailers are currently taking orders with delivery of the first cars expected by the end of this year.