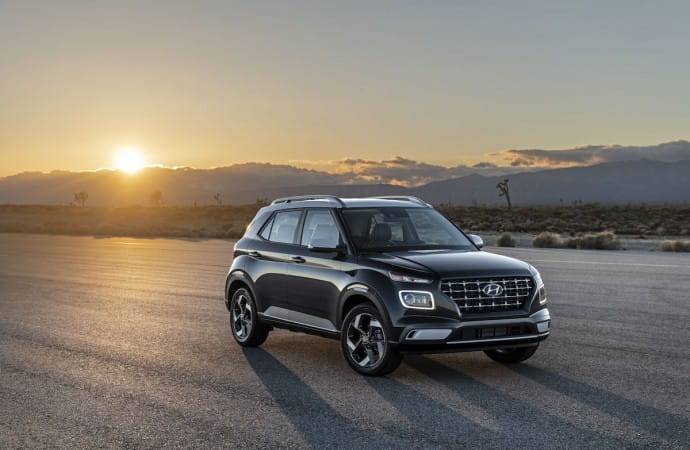 The smallest Hyundai crossover ever.

A few months ago it was a safe bet that nobody in the universe looked at the Hyundai Kona and thought that it was too large. Now though, Hyundai has unveiled an even smaller crossover called the Venue and it could be quite a hit with shoppers looking for maximum value in a city-sized package. 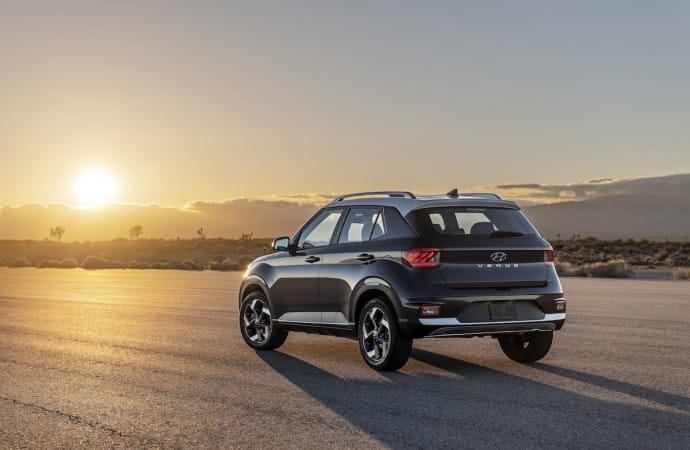 With a footprint 129 millimeters shorter and 30 millimetres narrower than that of the Kona, the 2020 Hyundai Venue isn’t just the shortest crossover in Hyundai’s North American lineup, it’s the shortest vehicle in Hyundai’s North American lineup. It’s even shorter than the vehicle that many Canadians picture when they think of a tiny four-door SUV, the 1999-2004 Chevrolet Tracker four-door. The upright, boxy exterior features split-level headlights, funky square taillights and an available colour-contrasting roof. Aside from the typical greyscale exterior colours the Venue is also offered in Scarlet Red, Intense Blue, Green Apple and Denim. 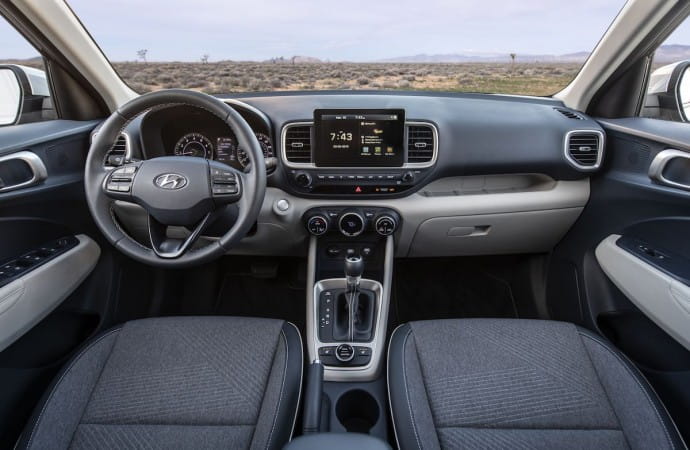 Inside the Venue, the theme is honesty. As Hyundai’s entry-level crossover, the interior has everything most people will want while forgoing some of the luxuries seen on higher-trim Konas. Standard equipment is an eight-inch touchscreen infotainment system with Apple CarPlay and Android Auto. Automatic climate control is available, albeit only a single-zone system. Cloth seats are standard across all trim levels with heated seats being available as optional equipment. The standard audio system is a four-speaker unit while better-equipped models will come with a six-speaker stereo. If this seems a bit spartan for today’s car market, rest assured that this relatively short list of equipment will help to keep pricing low and there are a lot of clever touches in regards to practicality that shoppers may appreciate. Design choices like a shelf above the glove box for small items and a handy looped pull tab for the cargo floor cover, not to mention that the Venue’s boxy silhouette means that it only gives up around 14 litres of cargo space behind the second row compared to the larger Kona. 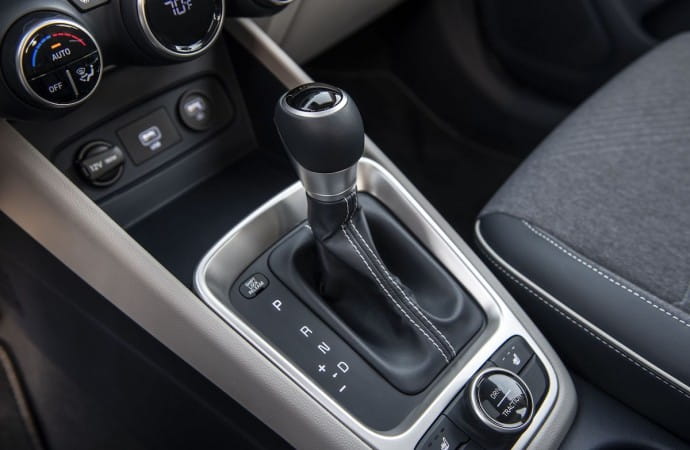 The 2020 Hyundai Venue is powered exclusively by a 1.6-litre four-cylinder engine with 121 horsepower and 113 lb-ft of torque. A six-speed manual gearbox is standard while a continuously variable transmission that Hyundai calls an IVT is available. All-wheel-drive is not offered although there is a snow mode to help drivers tackle slick winter roads.

Pricing for the 2020 Hyundai Venue has not yet been announced although it’s expected to have a lower base price than that of the Kona. Expect more detailed pricing closer to November, when the Venue is expected to be available in showrooms.