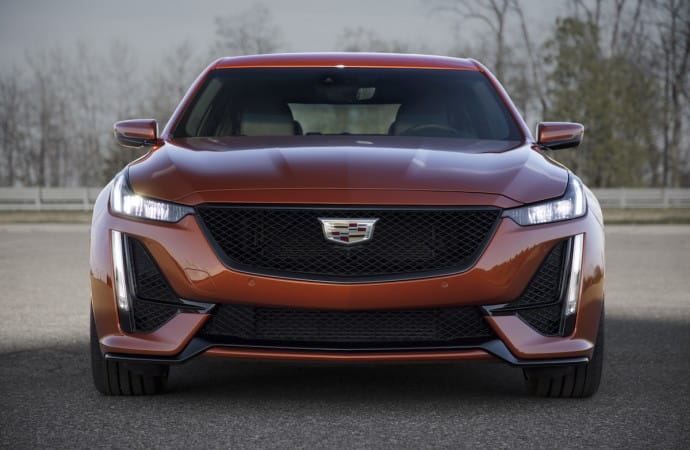 When Cadillac unveiled their new CT5, we knew a fire-breathing V-Series version wouldn’t be far behind. Well, Cadillac has pulled the wraps off the CT5-V and while it certainly looks the part, it lacks the fire-breathing power that V-Series cars are known for. 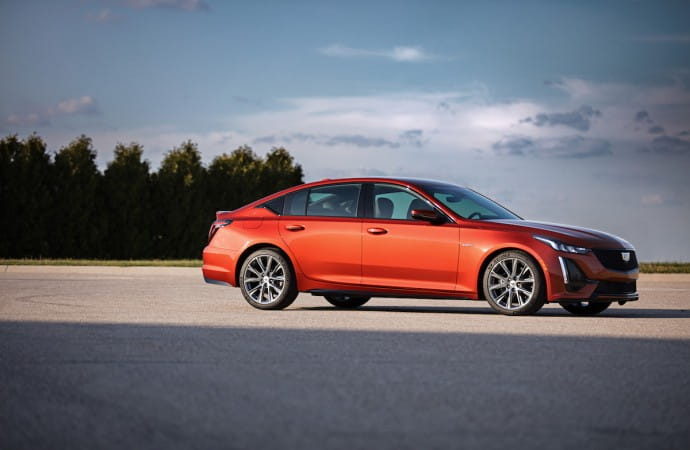 As far as looks go, the 2020 Cadillac CT5-V means business. Up front, big dark mesh grilles are set into a deep, aggressive front fascia. When combined with the vertical LED headlights it adds up to one menacing glare. Going around the car, the CT5-V features prominent splitter-style side skirts while out back, quad exhaust tips are set into a diffuser-style rear element and a subtle lip spoiler sits atop the decklid. To round out this tough look, the whole car rides on unique nineteen-inch wheels. On the inside, the 2020 Cadillac CT5-V is familiar to anyone who’s seen the regular CT5. Carbon fibre accents abound and Cadillac’s Super Cruise hands-free semi-autonomous driving assist function is available. A touchscreen displaying the latest version of the Cadillac User Experience (CUE) infotainment system sits prominently on the dashboard while CUE’s new rotary multifunction control knob sits conveniently aft of the shifter. The gauge cluster is partially digital and quite legible, if not as high-tech as many competitors. 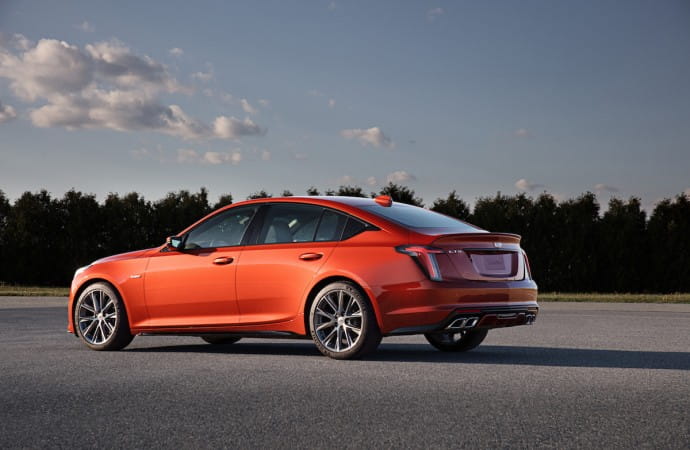 While the Cadillac CT5-V pales in comparison to the fire-breathing V8 Cadillac V-Series cars of old, it should have enough pep to startle the odd BMW M340i and Audi S4. The CT5-V is powered by a 3.0-litre twin-turbo V6 engine making 355 horsepower and 400 lb-ft of torque. That’s only 20 more horsepower than the regular 3.0-litre twin-turbo V6 CT5 and no gain in peak torque. The sole transmission option is GM’s familiar 10-speed automatic and both rear-wheel-drive and all-wheel-drive are available, with an electronic limited-slip rear differential and Magnetic Ride Control 4.0 as standard equipment regardless of drivetrain. Four-piston fixed Brembo calipers on vented rotors can be found at all four corners, while the CT5-V also comes with GM’s Performance Traction Management system which in existing applications offers five levels of stability control intervention for performance driving. 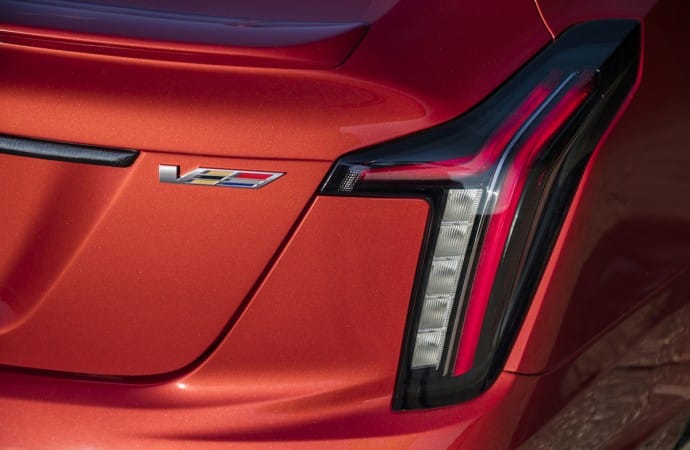 Pricing for the 2020 Cadillac CT5-V has not yet been announced. Expect more information to be revealed closer to its on-sale date in early 2020.