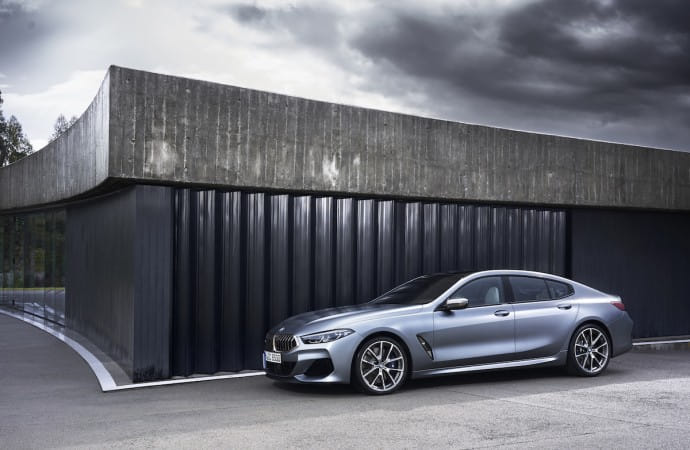 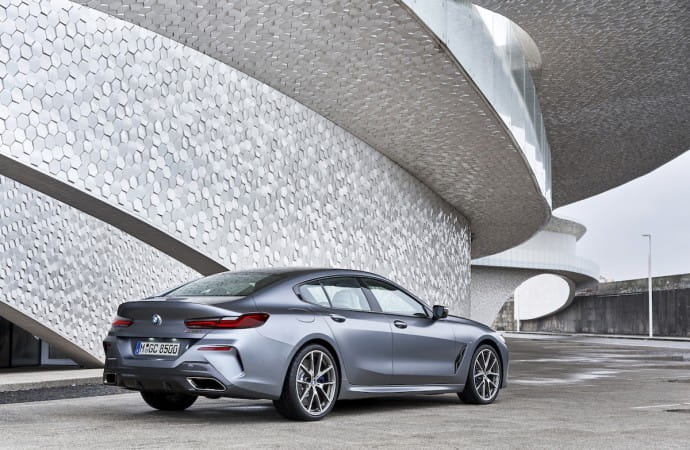 On the outside, the BMW 8-Series Gran Coupe looks exactly like the other 8-Series variants from the front. The same chiseled fascia, the same wide grilles, the same headlights and the same distinctive fender vents. Aft of the front clip, however, things get a little more interesting. While it may be a four-door car, the roofline is pure traditional fastback, sweeping long and low towards a prominent ducktail. The haunches are incredibly pronounced, so pronounced that there are surfaces on the rear doors that are nearly horizontal. Speaking of the doors, the side windows are frameless to enhance that coupe feel. Out back, the ducktailed decklid features a prominent clamshell design, while the rear fascia is changed from other 8-Series models, now sporting larger vents and a diffuser element that appears more functional. To top it all off, the small flying buttresses around the rear window are intricate enough that they need to be finished by hand, ensuring that no two 8-Series Gran Coupes are exactly alike. 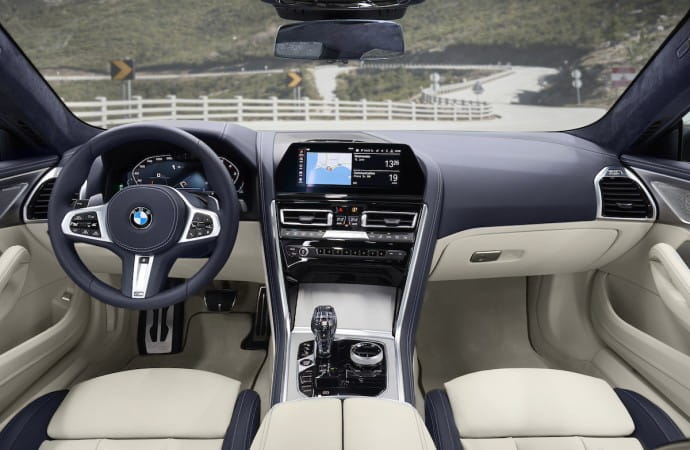 Inside, while the 8-Series Gran Coupe shares its dashboard with the coupe and convertible variants, the big news is the back seat. Although technically a five-seater, it’s really best meant for four passengers given the heavy sculpting of the rear seats and the rear console that meets the leading edge of the rear seat’s bottom cushion. The console features vents for the rear seat passengers, as well as two USB-C charging outlets and rear climate controls. 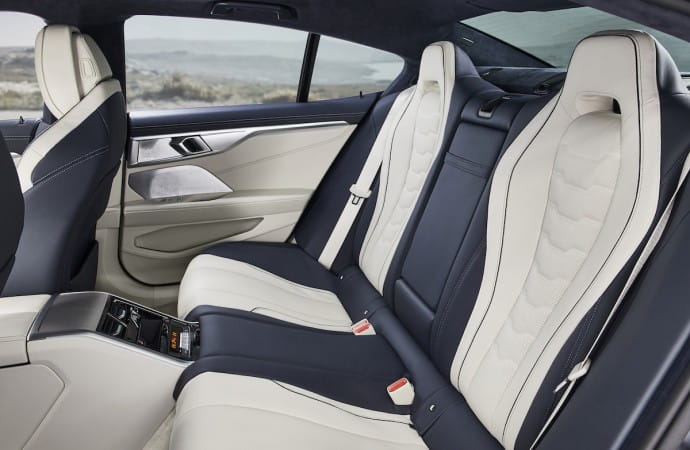 While rest-of-world customers get a range of powertrain options including rear-wheel-drive and diesel power, Canadians will only get the 8-Series Gran Coupe with one powertrain choice. Operating under the official model name of M850i xDrive Gran Coupe, it’s the latest version of BMW’s N63 4.4-litre twin-turbocharged V8 engine making 523 horsepower and 553 lb-ft of torque mated to a ZF 8-speed automatic transmission with paddle shifters, launch control and GPS-tied predictive shifting technology and putting the power down to all four wheels through BMW’s xDrive system an a standard M Sport differential. BMW quotes performance at a 3.7-second 0-100 km/h time and a top speed of 250 km/h when equipped with the proper performance tires. Keeping all this thrust in check are adaptive dampers, M Sport brakes and four-wheel steering. 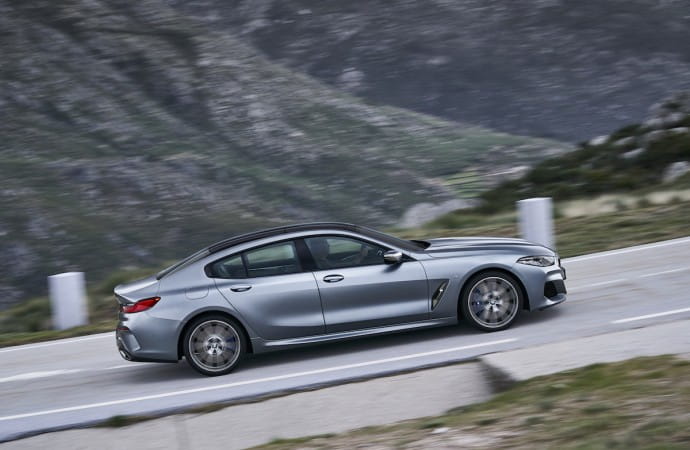 Canadian pricing for the 2020 BMW 8-Series Gran Coupe has not yet been announced, although it’s expected to be made public in the third quarter of 2019, lining up nicely with its expected on-sale date this September.