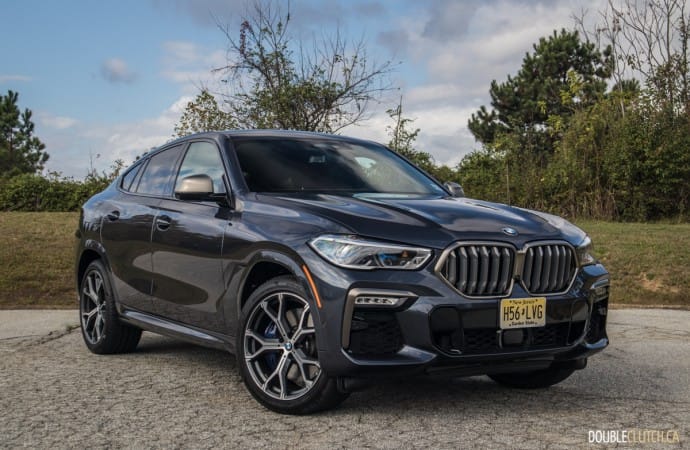 It’s hard to believe that BMW’s controversial X6 has been around for two entire generations.

SPARTANBURG, SOUTH CAROLINA – Initially the recipient of plenty of hate from both enthusiasts and armchair critics for supposedly going against everything the German automaker was previously known for, the X6 has developed somewhat of a cult following and gone on to spawn more competition over the past decade. Once nearly alone and building on a similar concept as Pontiac’s ill-fated Aztek, the X6 now shares SUV coupé segment with other luxury vehicles like the Mercedes-Benz GLE Coupé, Audi Q8, and even the new Porsche Cayenne Coupé. 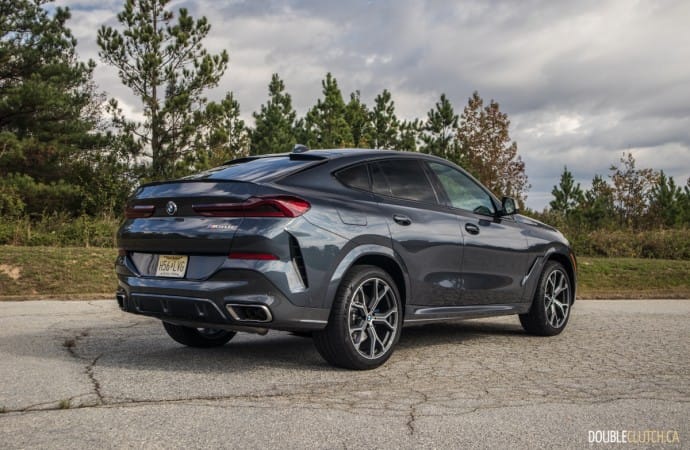 We traveled to the Bavarian manufacturer’s North American assembly plant in Spartanburg, South Carolina to sample the third-generation of their sporty crossover, the 2020 BMW X6, and see what it has to offer. The all-new X6 may look very similar to the model that it replaces, but it is in fact a completely new platform versus the outgoing one. It builds on the same architecture as the new X5 (reviewed here), which has quickly become one of our favourite SUVs around right now.

The X6 may still be scoffed at by BMW purists, but the reality is that the numbers speak for themselves. Consistent sales based on a tried and true formula of products like this, and even the smaller X4, allow the brand to make money that can then be thrown into the buckets of passion projects, like the M2 Competition that we adore so much. Plus, whether we like them or not, these premium crossover coupé things are quickly becoming more and more popular, and at the end of the day they’re profitable – what else matters? 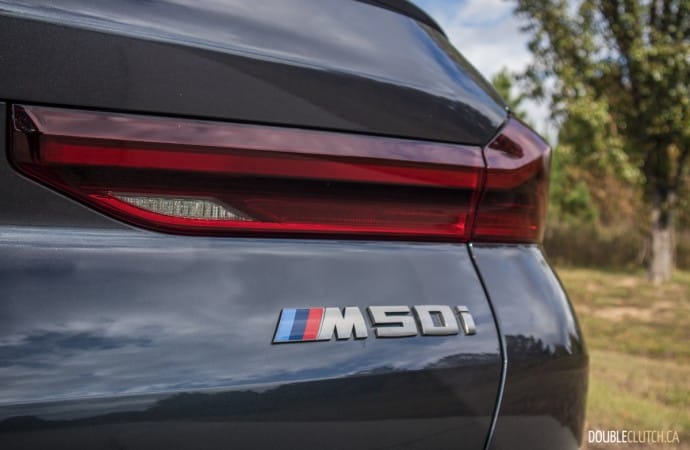 The new X6 in non-M guise is offered to Canadians with two powertrain options, starting with the entry-level xDrive40i. This is the one most buyers will likely opt for, with a lower entry price and the buttery smoothness only an inline six-cylinder can deliver. It’s powered by a 3.0-liter turbocharged inline six-cylinder that BMW calls the “B58”, and the keen will observe that this is also the same engine offered in the co-developed Toyota GR Supra (reviewed here). The B58 is a chameleon of sorts, and is easily one of the best engines available today. Output is 335 horsepower and 330 lb-ft. of torque, up from last year’s numbers of 300 and 300, respectively. This engine can sprint from 0 to 100km/h in just 5.5 seconds.

In xDrive40i form, the X6 is unsurprisingly smooth and remarkably responsive. Turbo lag is virtually non-existent, and it’s very easy to keep the engine in its powerband. It’s adequately quick, and most won’t find themselves missing the added power of the eight cylinder. If you do feel like you want more out of your luxury crossover though, the M50i is probably the pick. This model gets a 4.4-liter twin-turbocharged V8 known as the N63, pushing 523 horsepower from 5,500 to 6,000RPM, and 553 lb-ft. of torque from 1,800 to 4,600RPM. The M50i also comes standard with an M Sport exhaust, which makes wonderful noises, and an electronically controlled M Sport rear differential. 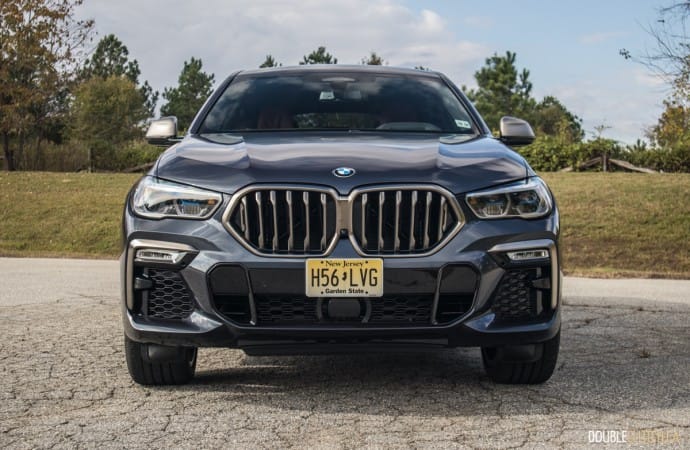 The problem is, we have a love/hate relationship with this engine. On one hand, it sounds delicious, rumbles along the highway quietly with passing power that will wake any dozing passengers right up, and gives the X6 reflexes that seemingly defy physics. However, on the other hand, it has been historically unreliable, with catastrophic engine failures on early models going back almost a decade. The issues have supposedly been resolved with a full overhaul of the N63 in recent years, but only time will tell with regards to actual longevity. All we can say is, when new, the V8 is absolutely worth the cost of entry. The 4.3 second sprint to 100km/h also gives you your money’s worth. Both models have ZF’s eight-speed automatic transmission sending power to the wheels.

The suspension tuning on the new X6 is extremely well sorted, with near-perfect ride quality from the adaptive dampers. It feels great, and despite its size, the X6 has relatively sharp handling characteristics. It’s pretty difficult for modern electrically assisted power steering to match the satisfaction and analog feel of a traditional hydraulic rack, but BMW has been doing a good job in recent years trying to bring back some of the “Ultimate Driving Machine” passion. Factoring in the girth of the X6, turn-in is fairly sharp and with the rear-biased xDrive system, the “Sports Activity Coupé” is a pleasant handler. 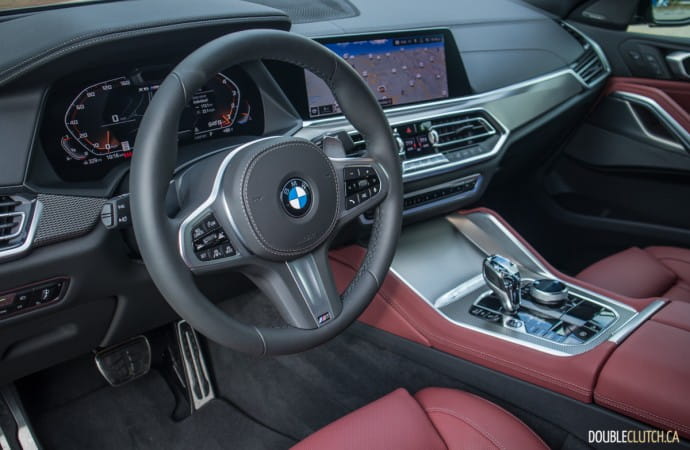 Stepping inside the cabin, anybody with familiarity in newer BMW products will easily be able to find their way around. A variety of interior materials and leathers are available, including extended Merino leather that looks and feels great to the touch. The layout is better and easier to use than the new Mercedes-Benz GLE (reviewed here), though the Mercedes’ cabin is more aesthetically pleasing. Taller folks will have no issues up front in the X6, though adults over six-feet tall will find rear headroom a challenge thanks to the raked roofline. If you’re frequently transporting full-sized adults, consider the more spacious X5 (reviewed here).

Features and technology are plentiful aboard the new X6, with the centerpiece being the latest version of BMW’s iDrive infotainment system with a 12.3-inch touchscreen as well as a 12.3-inch digital instrument cluster. We’re now nearly two decades into iDrive’s existence, having debuted on the E65 7-series in 2002, and BMW has perfected the formula down to a science. It’s one of the only infotainment setups to offer wireless Apple CarPlay (Android Auto is still not offered), and even gimmicks like Gesture Controls are easy to use and become accustomed to. One observed note is that the issues around wireless CarPlay have now been seemingly resolved, with no connection drops faced during our test drive. 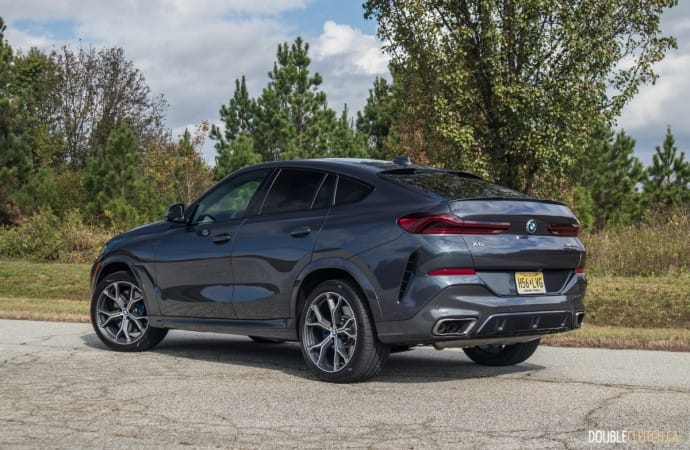 BMW’s xDrive all-wheel-drive system is standard on all Canadian X6 models, which is an intelligent and predictable move by product planning. Pricing has not been announced at the time of this writing, but for context, the X5 starts at $71,500, so we expect the X6 to start at a smidge more. The X6 is absolutely an aesthetic choice over the more practical X5, with an obvious compromise in rear cargo space (1,529 liters of capacity with the rear seats folded). Those needing to tow needn’t worry either, as BMW offers a towing package rating the X6 to pull 7,200 pounds. If you’re able to live with the tighter rear quarters, and favour the more coupé-like styling, the 2020 BMW X6 may be the ticket! 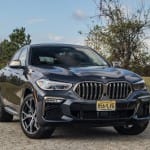 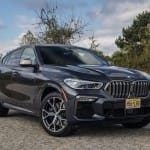 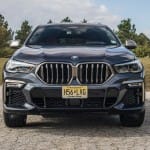 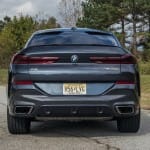 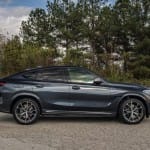 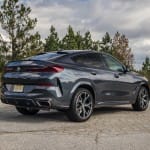 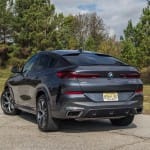 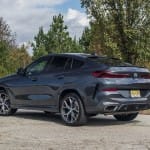 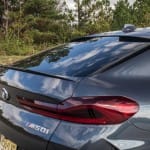 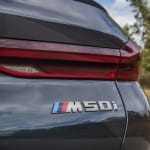 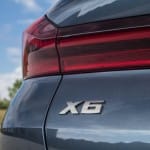 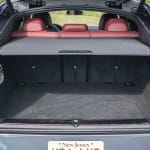 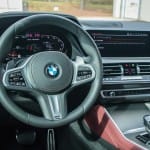 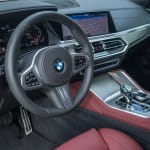 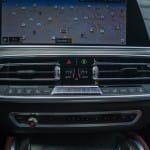 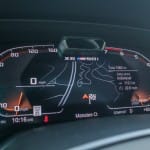 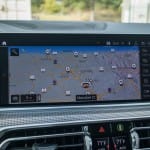 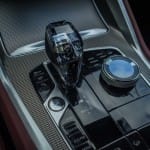 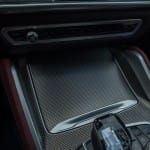 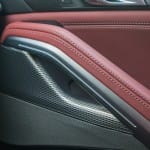