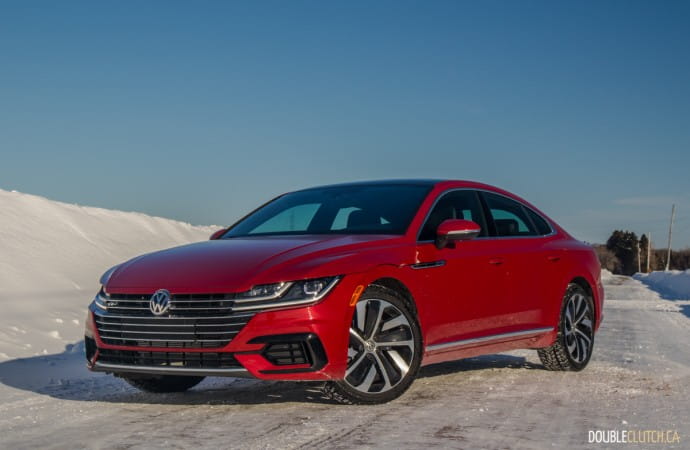 Volkswagen has positioned the Arteon in a rather small niche market.

SACACOMIE, QUÉBEC – Volkswagen introduced their CC, originally known as the Passat CC, into the North American market in 2008, just over a decade ago. The first mainstream application of the four-door coupé style that has since grown in popularity, the CC sold adequately as a premium product. It saw some buttoning-down over its production run, but stayed effectively the same. A successor has finally shown up, so we traveled to snowy Québec to give the 2019 Volkswagen Arteon a go. 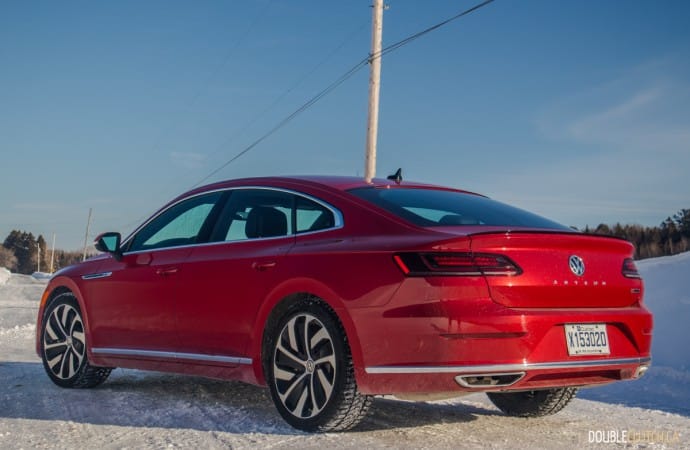 While the CC was quite pretty when it was new, the styling didn’t exactly age as well as it could have. The Arteon aims to fix this with more traditional proportions while staying aggressive to differentiate itself from the more conservative Passat (reviewed here). The Arteon is 73.7” wide, with a generous 111.7” wheelbase. LED lighting is used all around, and Canadian buyers will be able to choose from a stylish array of wheel options as well, meaning ample personalization will be available right at the dealership level.

The only available powertrain for the new Arteon is a version of Volkswagen’s corporate 2.0L turbocharged inline four-cylinder engine. It puts out 268 horsepower and 258 lb-ft. of torque, which is more than adequate for this application. Some turbo lag makes itself evident off the line, but the torque comes on early and hustles the Arteon to speed with ease. The only available transmission is an eight-speed automatic with Tiptronic, which does a decent if not a bit unexciting job of keeping everything in line. The Arteon does feel reasonably quick, but more in line with four-cylinder premium rivals rather than the sixes. 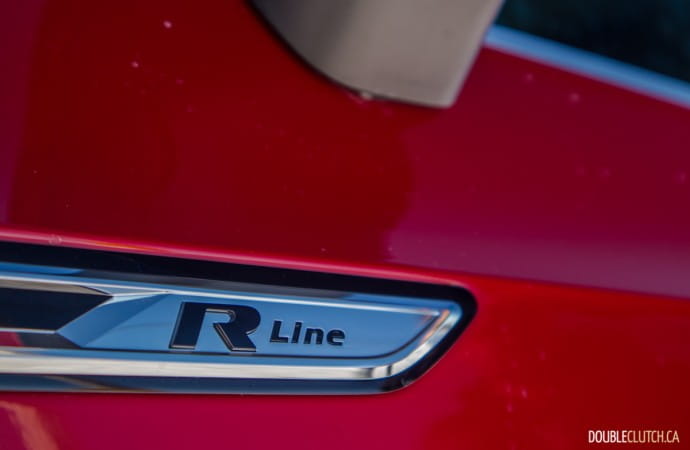 Volkswagen’s versatile transverse MQB architecture underpins the Arteon, and is also the basis from a series of vehicles ranging from the compact Golf (reviewed here) right through to the family-friendly Atlas. MQB makes for a rigid structure and is easily adaptable to changing environments. The Arteon features Volkswagen’s Dynamic Chassis Control, which adjusts the damping and overall stiffness between “Sport”, “Comfort”, and “Normal”. It rides well, on the firmer side, and feels premium as it drives down the road.

Here’s the problem – the Arteon doesn’t feel even remotely sporty. The steering is well weighted and the car goes where it’s pointed, but it doesn’t have the engagement of the Golf R or even the GTI. It feels somewhat portly around corners and is prone to understeer thanks to the transverse layout, despite having the 4MOTION all-wheel-drive system as standard equipment for Canadian models. Don’t get us wrong; it’s a good driving car and a quality premium sedan, but “fun” the Arteon is not. 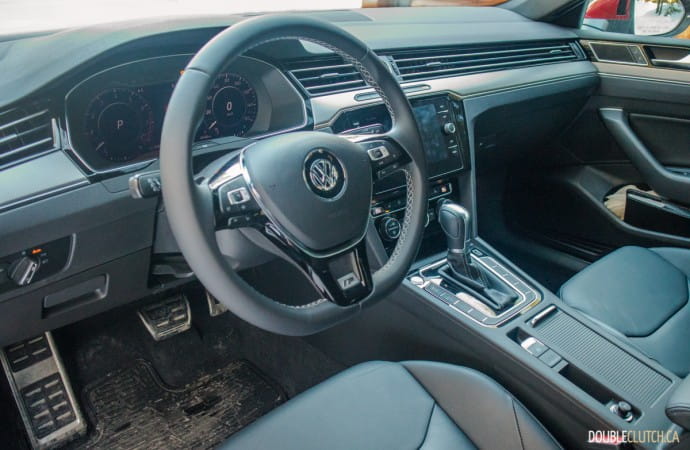 Volkswagen has positioned the Arteon in a rather small niche market, between fully-loaded mainstream midsize sedans and entry-level luxury cars. This means that it’s supposed to be a touch better than a loaded Accord and about on par with a Volvo S60 (reviewed here). This means that the interior is quite nicely appointed, with comfortable yet sporty seats and touches like an analog clock up front and center.

An eight-inch touchscreen controls the infotainment, with Apple CarPlay and Android Auto connectivity along with Volkswagen’s proprietary apps built-in. If you’re not using Google Maps through smartphone connectivity though, the native navigation system’s resolution is horrendously outdated and in dire need of an update. The instrument gauge cluster is also digital; using VW’s take on Audi’s Virtual Cockpit. The driver’s seat gets a massage function, along with three-zone climate control, 700W Dynaudio sound system, and more. Adaptive cruise control, pedestrian monitoring, and dynamic headlights are also all standard issue. 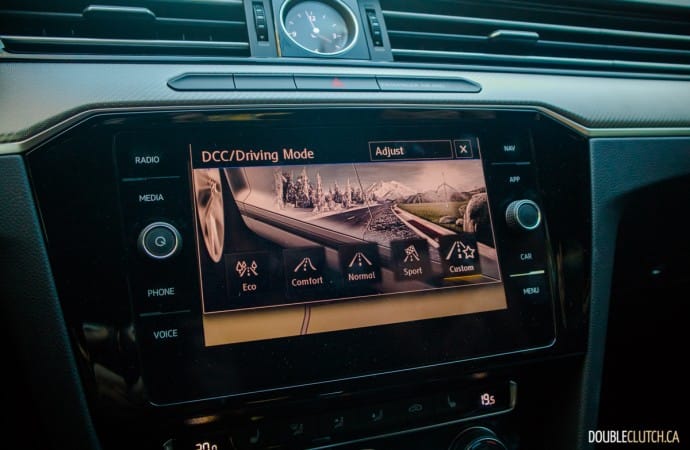 Pricing for the 2019 Arteon starts at $47,995 in Canada, with two available packages. A $2,095 Driver Assistance Package adds lane assist, park assist, and a 360-degree view camera system. A $2,995 R-Line Package adds 20” wheels, exterior design accents, an R-Line steering wheel with paddle shifters, and unique interior bits. Before freight, PDI and taxes, a fully loaded example comes to just over $53,000 in Canada, going right up against the lines of the 2.0L versions of the BMW 3-series, Volvo S60, and Mercedes-Benz C-Class.

The most obvious competitor to the 2019 Volkswagen Arteon has to be Nissan’s Maxima (reviewed here), which pairs a powerful V6 to a relatively sporty chassis and packs a nice interior. On its own, the Arteon is an alternative to a whole slew of premium sedans, and offers a sense of style as well as some genuinely German road manners. It drives far nicer than the Maxima and even some of the luxury-make rivals, and it’s worth a look if you’re after something unique and premium without breaking the bank. 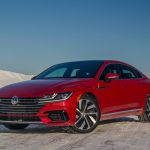 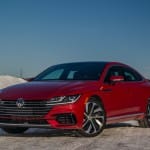 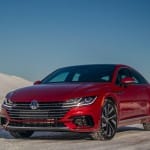 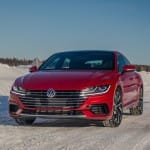 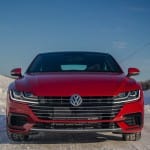 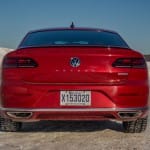 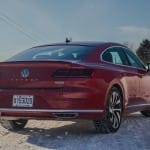 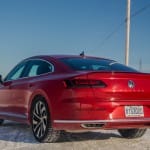 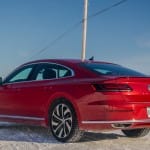 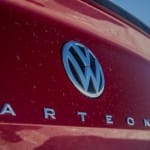 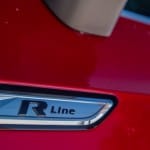 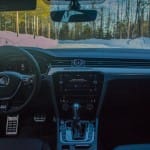 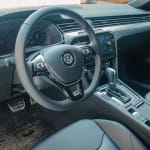 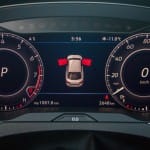 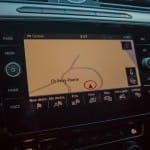 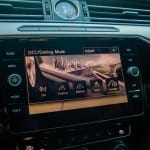 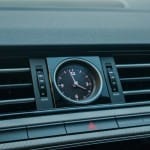 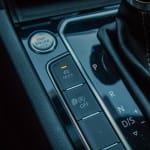