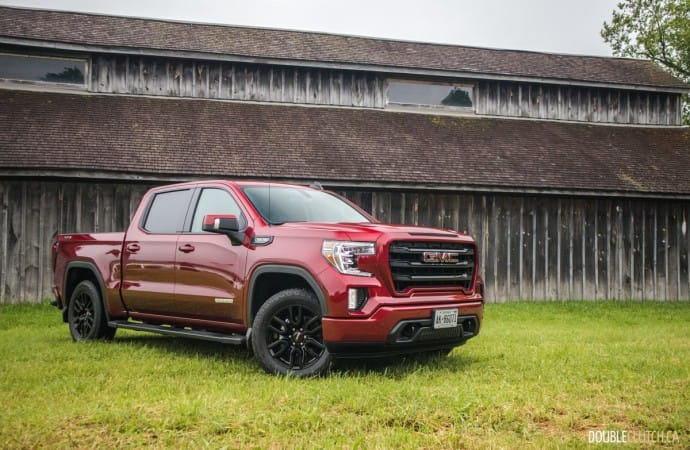 2019 marked a new start for the GMC Sierra, and we have now tested it extensively.

TORONTO, ON – We first traveled to Newfoundland to sample the Sierra (reviewed here) in a variety of configurations, and then later conducted a full road test on our home turf of a loaded Denali model. For the first time ever, the latest Sierra has differentiated itself enough from its twin, the Silverado (reviewed here), to have its own identity through a series of features and technologies unique to the GMC. 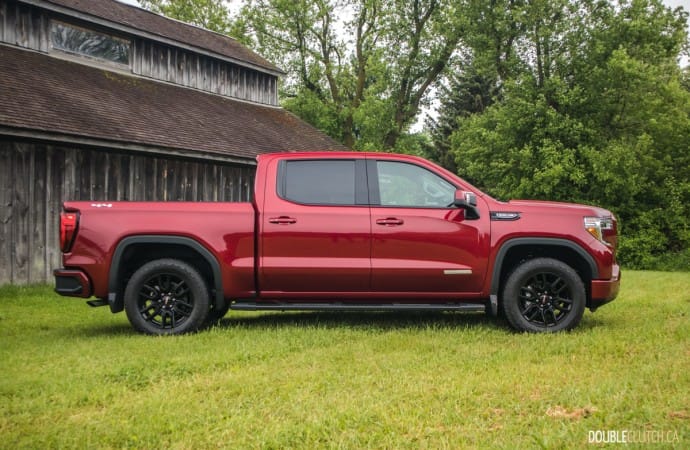 We were invited just north of Toronto, Ontario to sample the 2019 GMC Sierra Elevation, the return of a trim level that should prove to be fairly popular among Canadian buyers. The Sierra itself comes with a modular tailgate that can contort itself in a variety of different ways and a segment-exclusive carbon fiber box. The real story here is the introduction of a new 2.7L turbocharged four-cylinder engine to the lineup. That’s right, this is a full-sized GMC pickup truck that’s powered by a four-cylinder engine.

The turbo-four puts out 310 horsepower and 348 lb-ft. of torque, which are similar numbers to the 3.6L V6 in GMC’s smaller Canyon pickup. Even still, this is more power than the 4.3L V6 puts out, and puts the four in a sweet spot between it and the 5.3L V8. GMC claims the 2.7L Sierra can pull off a 0-100km/h run in 6.8 seconds, which isn’t slow by any standards and is just 0.2 seconds behind the 6.2L Denali. The creamy smooth 6.2L V8 with cylinder deactivation is still the sweetheart in the lineup, but the Elevation’s four is a close second place for me. 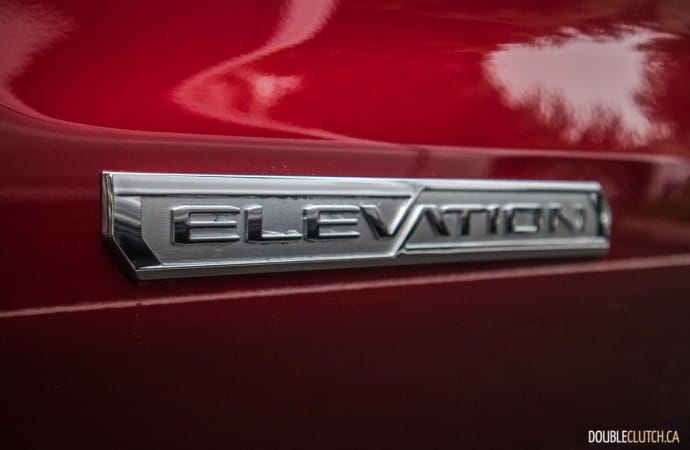 We spent the day experiencing both urban and rural environments in the Sierra Elevation, and came to appreciate the new engine’s unique personality. It sounds a bit gruff and, frankly, unrefined on idle, but torque comes on early and it pulls hard. Highway on-ramp merging is particularly fun, and while there’s a little bit of turbo lag on the low end, once boost kicks in, a good amount of fun can be had. It runs out of breath past 100km/h though, so passing power is questionable.

GMC has mated the Sierra’s 2.7L to an eight-speed automatic, one that does everything asked of it quietly and smoothly. It’s not quite as polished as the 10-speed application in the larger V8 models, but it’s an easy pick over GM’s nine-speed. The Elevation has fixed dampers, and ride quality is surprisingly smooth for a body-on-frame truck platform. It never ceases to amaze me how well the GM full-size trucks ride, regardless of cab or box configuration. 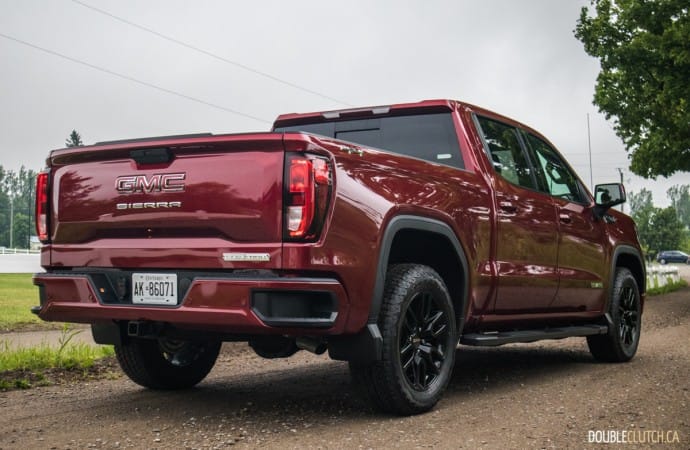 The Elevation package sits on top of the SLE trim level. It can be added onto trucks with the 2.7L and 5.3L engines, and is largely an appearance pack. It will also be available on the upcoming 3.0L diesel, and adds black 20” wheels, body-coloured grille with black accents, LED fog lights, and keyless go. Elevation trucks also add the Traction Select System that allows for selectable drive modes. Pricing starts at just over $45,000 for the 2WD model with the regular box, which is a remarkable value for such a well-equipped truck.

GMC Canada rates the 2.7L Sierra with the Crew Cab and short box at 12.6L/100km city and 10.9L/100km highway, for a combined average of 11.8L/100km. This is an impressive number for a gasoline-powered full-size pickup, and after our day of driving, we can see real-world efficiency coming pretty close to these numbers. As expected, the four-cylinder can get by just fine on 87-octane regular-grade fuel. 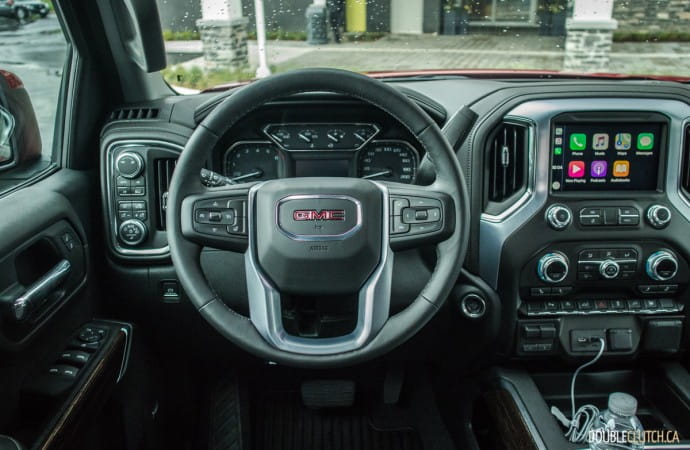 On the inside, the Sierra Elevation doesn’t really have any differentiation from other trim levels. The Sierra itself has a well-designed and functional cabin, which I hugely prefer to the Ford F-150’s. Major controls are exactly where you expect them to be with good ergonomics and a decent driving position. An eight-inch touchscreen infotainment system is standard, also featuring Android Auto and Apple CarPlay. The updated system features a profile-based system that allows for vehicle settings and radio presets to be saved to drivers’ unique profiles. A 4G LTE Wi-Fi hotspot is also standard issue, as in most other GM vehicles.

With a towing capacity of 6,900 pounds in optimal configuration, the Sierra Elevation with the 2.7L is aimed at a completely different buyer than the six and eight-cylinder variants. GMC has priced and positioned the 2.7L version of the Sierra squarely at midsize trucks like the Toyota Tacoma, Ford Ranger (reviewed here), and to some extent, their own Colorado and Canyon models. The Honda Ridgeline and Jeep Gladiator would also get honorary mention, but they’re specialty products with a very different target audience. 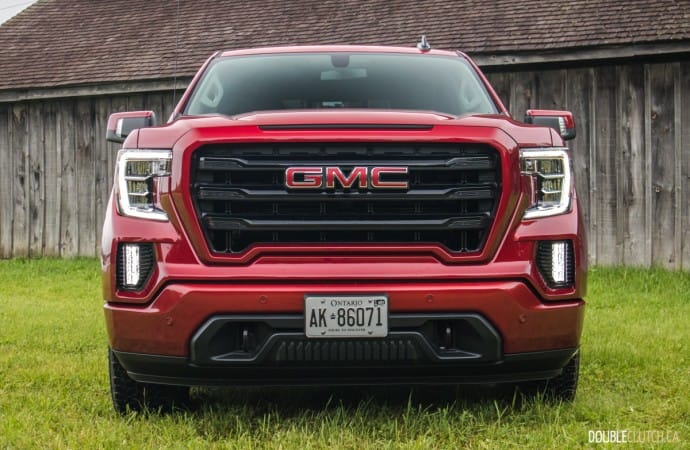 Other features available on the Sierra Elevation include GMC’s ProGrade Trailering System, which adds a considerable amount of technology aimed at simplifying towing for those who need to haul trailers. They’ve also made the CornerStep rear bumper better with a larger step, with grab handles on the bed rails. GMC’s 5’9” bed is roomier and offers more usable volume than the 6.5’ bed in the Ford F-150 (reviewed here).

The four-cylinder will never be the volume seller in the Sierra line, but it’s a decent enough option. For those who don’t need to do very much of the “hardcore truck stuff”, and can deal with slightly compromised utility (read: towing capacity), the four is more than you’d ever need. It’s efficient, punchy and reasonably fun to drive. Plus, the Elevation package is the cherry on top to make for one mean-looking truck. 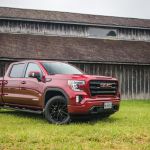 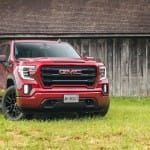 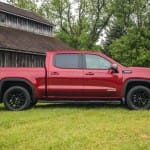 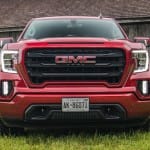 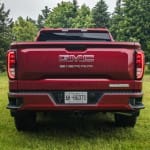 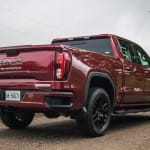 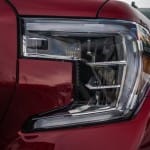 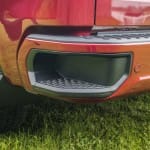 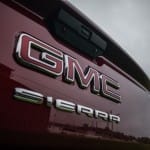 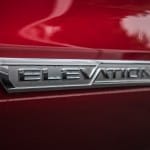 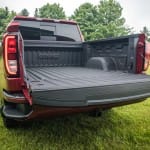 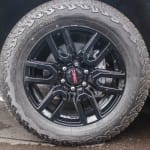 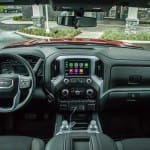 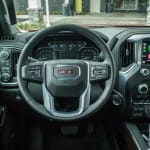 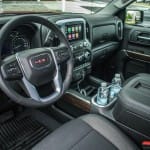 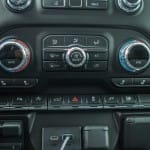 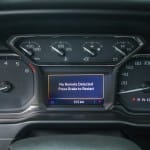 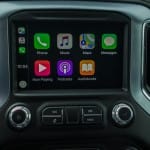