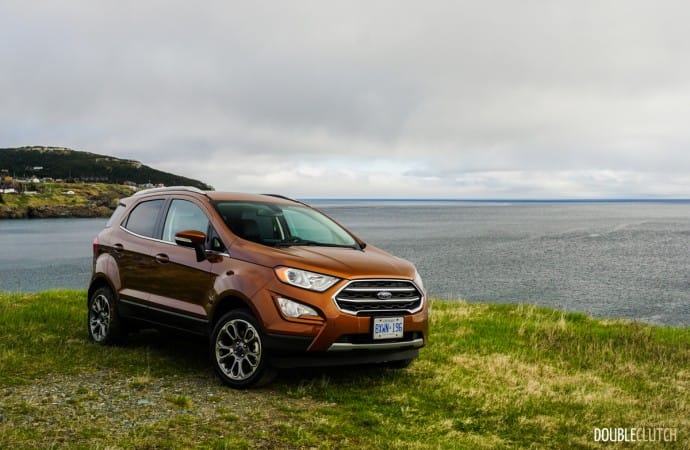 Better late than ever; this should be the motto of the all-new Ford EcoSport.

ST JOHN’S, NEWFOUNDLAND – A subcompact crossover that has been on sale for quite a few years in many other markets, the EcoSport is, well over a year after we first saw it at the North American International Auto Show in Detroit, finally available to Canadians. A smart looking thing with the typical two-box crossover proportions, we were invited to stunning St. John’s, Newfoundland, to take a spin and see why the 2018 Ford EcoSport is causing as much buzz as it is. 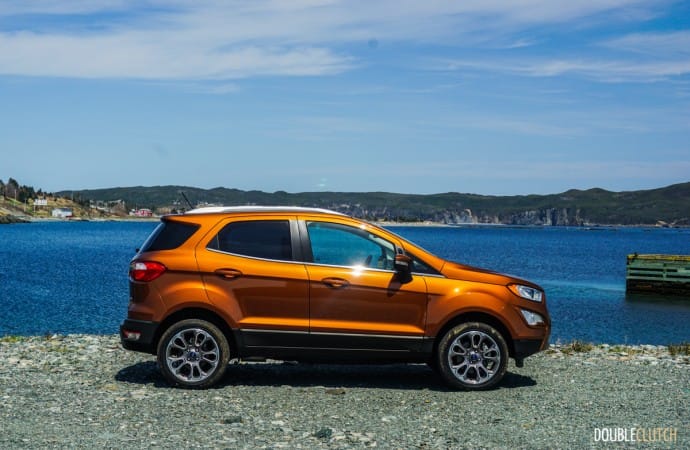 By pure coincidence, I happened to be visiting Asia late last year and had the chance to spend some time with a diesel-powered EcoSport. The Canadian version is very subtly updated from the model that is already available elsewhere, and it is indeed made in India. The first thing to know is that the “Eco” is pronounced like “echo”, as to not confuse it with Ford’s EcoBoost series of turbocharged engines. I happen to think that despite its slightly dated styling, the EcoSport is a handsome little thing – something that can’t be taken for granted in a segment where the Nissan Juke was one of the original players.

There are two powertrains available on the EcoSport, the base engine being a 1.0L turbocharged inline three-cylinder, one that we have actually sampled in the Ford Focus (reviewed here). The I-3 is good for 123 horsepower and 125 lb-ft. of torque, which aren’t necessarily breathtaking numbers, but it’s more than enough for primarily city use. The majority of Canadians will opt for a naturally aspirated 2.0L inline-four, which gets 166 horsepower and 149 lb-ft. of torque. The 2.0L is direct injected as well, and both powertrains get a six-speed automatic transmission. Out on the open road, the EcoSport’s two powertrains feel adequate but by no means fast. The three-cylinder is punchy and torquey, pulling hard on hilly passes. The four-cylinder is wheezy when trying to get up steep hills, but has a relatively smooth powerband otherwise. The six-speed auto does a good job keeping power accessible without much issue. 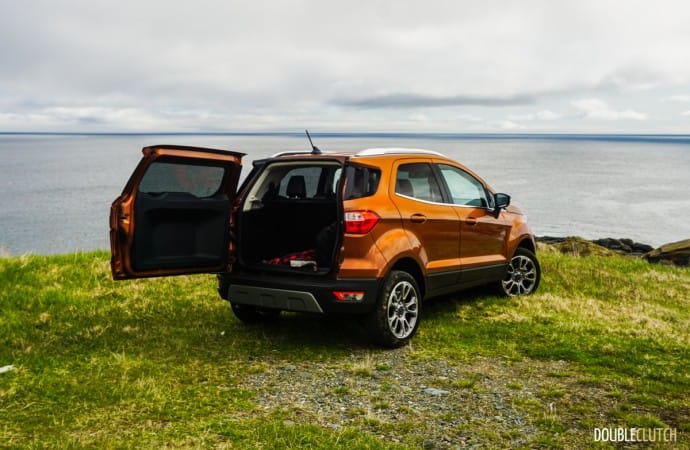 What we found impressive was the sharp handling of the EcoSport. Granted, this latest breed of subcompact crossovers tend to be a bit lower to the ground than full-on SUVs, and hence are relatively nimble, but the EcoSport corners with surprising confidence and the taut suspension keeps things rather planted. The all-wheel-drive system (standard on 2.0L models) is slip-and-grip, and functions in front-drive mode until slip is detected. At this point, it can actually send up to 100% of available power to the rear wheels. Towing capability is up to 2,000 pounds when properly configured. 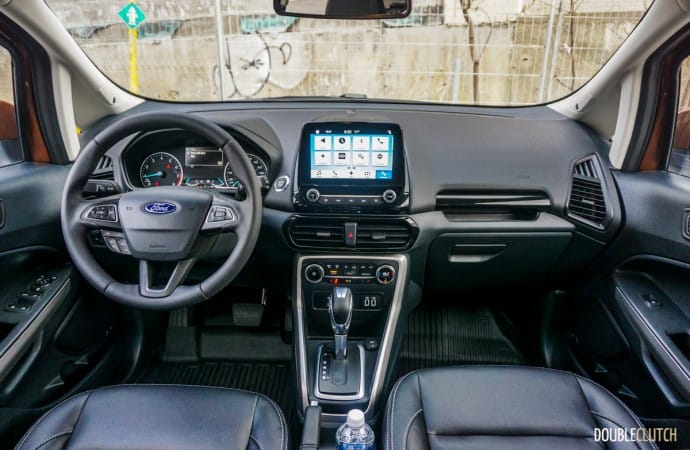 Interior space is more than generous, rivaling only the Honda HR-V (reviewed here) in its segment. The taller profile of the EcoSport gives it an advantage over its other rivals, and the rear cargo access door, which Ford calls “Flexibility Swing Gate”, is side-hinged. This does create added complication when opening it in tight areas, but the door will be a familiar sight to those that appreciate retro throwbacks from the past. The cargo area has an adjustable load shelf that can be sorted in three different configurations.

Rear seat legroom is tighter than the Escape (reviewed here) as expected, but smaller passengers won’t have many issues. The rear seats fold flat and the bottom cushion can flip up to create added space. Behind the second row, the EcoSport can hold 592L, and this number jumps to 1,416L with the second row folded flat. My six-foot frame was able to remain comfortable in the driver’s seat with ease, even having enough headroom on our sunroof-equipped tester. 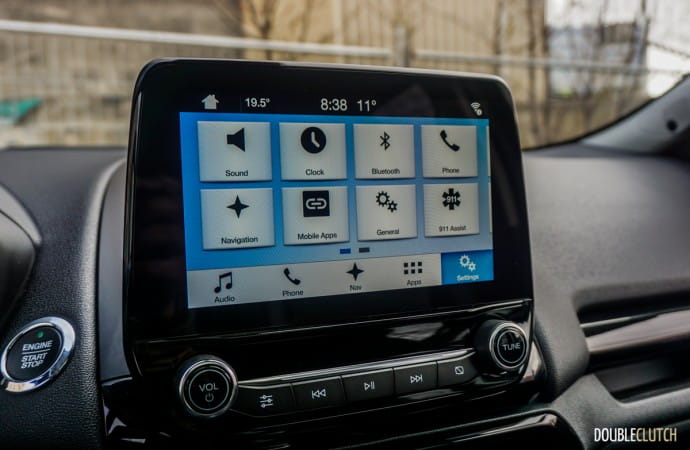 Infotainment aboard the EcoSport is via an eight-inch touchscreen on SE (Convenience Package) and up that is floating off the dashboard, a trait that differentiates the EcoSport from other products in the Ford lineup. SYNC 3 powers this system, and also offers smartphone capability for Apple CarPlay and Android Auto, which are effectively mandatory at this point. The EcoSport S model gets a 4.2-inch screen on the older SYNC system.

Other features on higher trim models include SYNC Connect with a Wifi hotspot, along with a 675-watt B&O Play by Harman sound system that actually sounds quite good. Make no mistake though; this system will not hold a candle to higher-end applications. FordPass smartphone access is also available on the EcoSport, including the remote door lock/unlock, remote start, and vehicle status alerts. 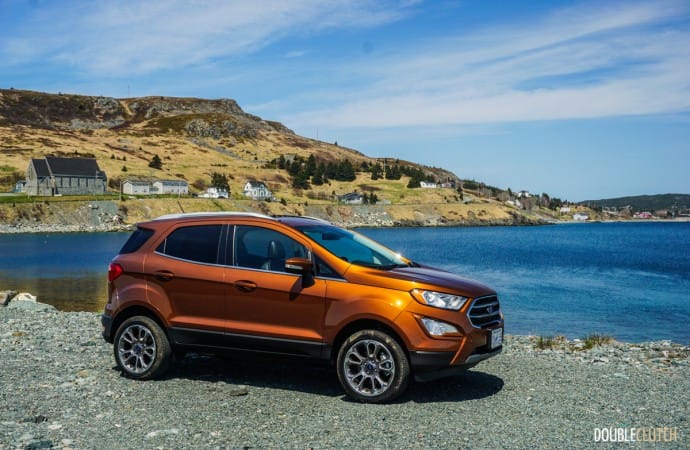 The EcoSport can be had in a variety of trim levels, starting with the entry-level S at $22,099. Fairly well equipped even at the base trim, all EcoSports sold in Canada come with 10 airbags, alloy wheels, a rear-view camera, cruise control, and two USB ports. Targeted as the volume model, the SE comes standard with a sunroof, SYNC 3, heated front seats, intelligent access, and more; all at an aggressive price point of $25,099. The top-trim Titanium at $28,599 is fully loaded including navigation, leather-appointed seating, and a lot more.

When all is said and done, the 2018 Ford EcoSport is one of the better options in its segment. The Toyota C-HR (reviewed here) doesn’t offer all-wheel-drive, and the Mazda CX-3 just doesn’t have the interior space to be versatile. The Honda HR-V has become quite dated very quickly, and that leaves examples like the Hyundai Kona (reviewed here) and Nissan Qashqai at the top of this segment. The EcoSport is good fun to drive, with amicable driving dynamics and a rather comfortable driving position. With its agreeable powertrain choices and elegant looks, this just might be the one to get, for now. 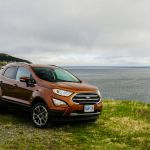 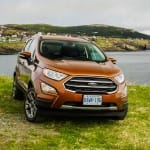 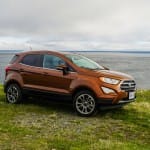 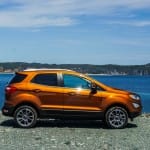 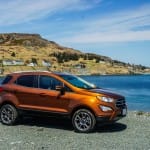 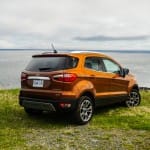 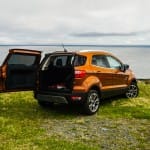 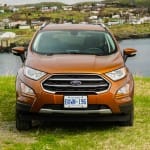 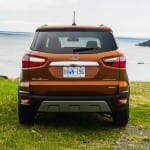 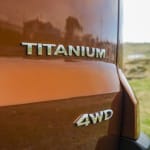 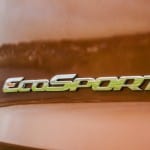 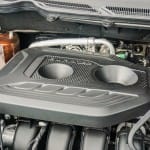 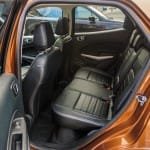 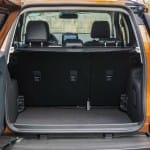 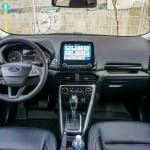 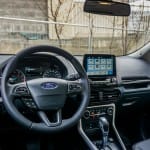 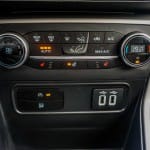 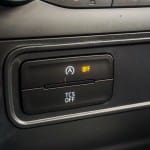 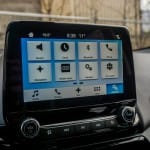 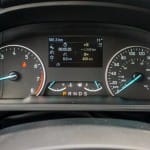