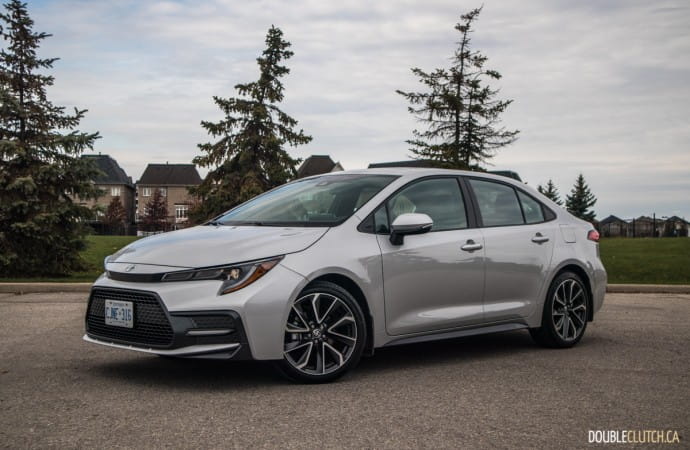 This year marks the first time since 2002 that I would strongly recommend the Corolla.

Our managing editor, Jerry Vo, sampled the 2020 Toyota Corolla XSE (reviewed here) in a track setting back in the summer. Upon his return from a Toyota Canada press event, he wouldn’t stop raving to the rest of our team about the Corolla’s dynamics, fighting away the mockery being sent his way for talking about a Corolla on a racetrack. Naturally, the typical Corolla buyer won’t be interested in the handling characteristics of the car, but in order to evaluate just how far the popular sedan has come, we asked to borrow a very low-volume trim level, this 2020 Toyota Corolla SE Upgrade with a six-speed manual transmission. 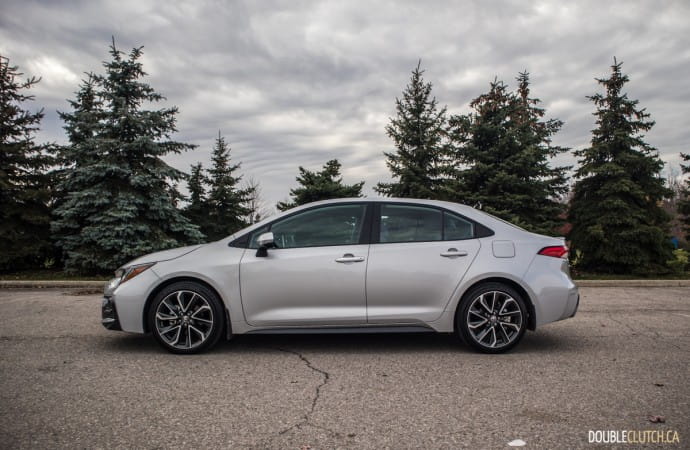 A Canadian best-seller for decades now, the Corolla has always taken pride in being an inoffensive compact sedan that’s little more than A-to-B transportation that blends right into the crowd. It has never been a bad car per se, but rivals such as the Honda Civic and Mazda3 began prioritizing style to target a younger audience, with success. The new Corolla, fully redesigned for the 2020 model year, freshens things up. Even in the pictured Classic Silver, it’s a good looking car, with conservative lines and a handsome profile. LED lights are standard fare across the trim line, and the 18-inch alloy wheels on this model are a nice touch.

The new Corolla is built on the Toyota New Global Architecture (TNGA), which graces many of the latest models in their lineup. We got a good hint at what this model would drive like after sampling the Corolla Hatchback (reviewed here), an excellent vehicle on its own. The Corolla features independent multi-link suspension, and the platform makes for a small sedan that rides wonderfully. Steering feel is fairly good, but the big surprise is the crisp turn-in response and zippy handling – those who do a lot of driving in the city will appreciate how well the Corolla responds to inputs and darts around. 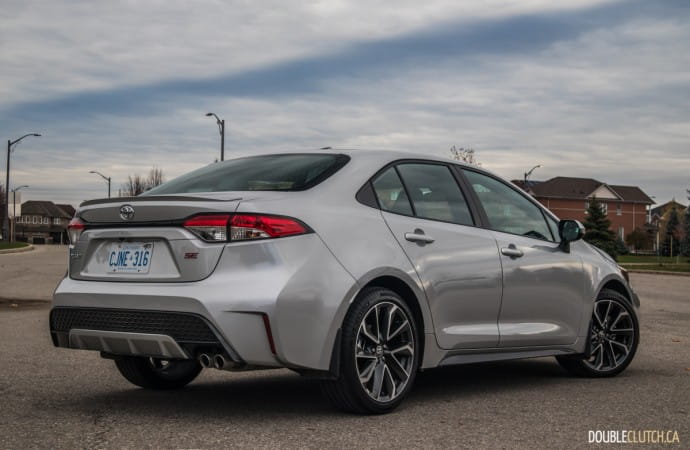 This smooths out on the highway, with good highway manners and minimal need for steering overcorrection. The Corolla’s 2.0-liter naturally aspirated four-cylinder offers a modest 169 horsepower at 6,600RPM and 151 lb-ft. of torque from 4,500 to 4,900RPM. Most buyers will opt for the CVT, but the six-speed manual offered on our test vehicle is a real charmer. You won’t be going to the dragstrip with your cloth-upholstered silver Corolla, but it’s quick enough and dare I say, the naturally aspirated engine feels more eager and engaging than the turbocharged 1.5-liter in the current Honda Civic (reviewed here).

As far as manuals go, this latest generation Corolla’s shifter and clutch are vastly improved over the previous model. For perspective, we sampled a 2017 Corolla SE with three pedals, and came away recommending buyers the CVT instead. This new transmission is a joy to use, with predictable clutch engagement and, while the throws are a bit on the long side, a pleasant shifter. There is also an IMT feature (Intelligent Manual Transmission) that was launched with the Corolla Hatchback, which rev-matches downshifts automatically. 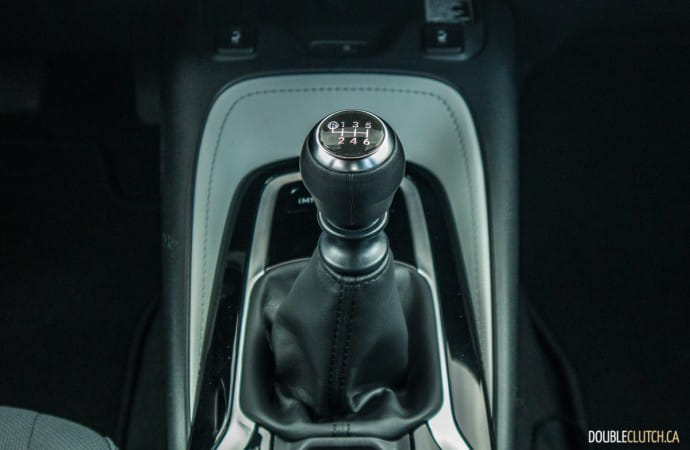 Fuel efficiency for the Corolla also works to its advantage – we averaged 7.2L/100km in combined driving with zero attention paid towards conserving fuel. Longer highway runs will see numbers around 6.0L/100km. If the best possible fuel efficiency is at the top of your priority list, consider the Corolla Hybrid, which can beat 4.0L/100km in combined driving without batting an eye. All models of the 2020 Corolla get by just fine on 87-octane regular fuel for the 50-liter tank, like the majority of competitors. The exception is the Civic Sport with the turbocharged engine, which recommends premium fuel for maximum power and efficiency.

The cabin of our Corolla SE tester is upholstered in the greyest cloth in existence, an interesting and nostalgic throwback. For context, I grew up in a variety of different Camry sedans in the 1990s, and a few of them had this exact shade of grey generously plastered all over the cabin. On the new Corolla, the cloth looks premium and feels nice to the touch – I’ll have this every day of the week before faux-leather. Some plastics are visible throughout, but at the end of it, the Corolla is an economy sedan built to a low price point. 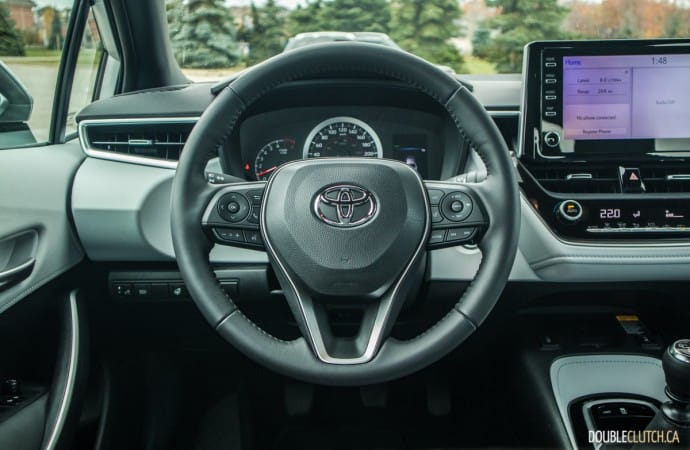 All instrumentation is easy to read and clearly marked, with physical buttons and knobs for most major commands; this is becoming a rare trait even in the compact segment. Even the infotainment screen is large and clear. Though the native system still feels a bit dated and not as easy to browse, Apple CarPlay is offered through USB connectivity, but Toyota won’t be adding Android Auto until model year 2021. The Corolla is spacious enough in the front and rear for my six-foot frame to be reasonably comfortable – avoiding swoopy styling in favour of a traditional three-box design makes for usable interior room and the ability to transport four adults in reasonable comfort. 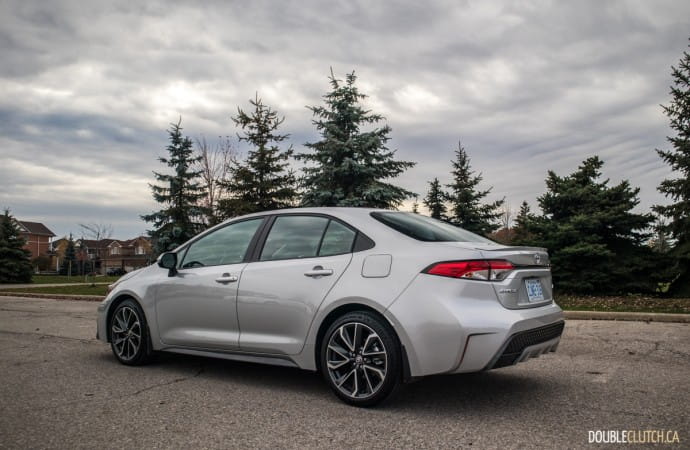 Major rivals to the Corolla include the Hyundai Elantra, Honda Civic, and Mazda3. We road tested a volume-trim Mazda3 GS (reviewed here) with the manual transmission, and while it’s a nice enough car, the gearing is all wrong and this ruins the fun factor of the gearbox. The Civic is a pleasant commuter, but the infotainment isn’t good enough, and some interior ergonomics are a letdown. A wildcard is the Volkswagen Jetta, which offers a manual on all trim levels, and feels a little bit roomier. Again though, the Corolla’s powertrain and chassis takes the win.

Within a week of this test, I also had the chance to evaluate a 2020 Corolla XSE with the CVT on both the road as well as the racetrack, and by golly, our managing editor was right. The car corners with more sharpness than legitimately anything else in its segment (excluding sportier and more focused variants like the Civic Si) while remaining almost devoid of body roll. The transmission doesn’t get in your way and if asked, simulates gear ratios of a traditional gearbox and keeps the car in the power band at all times. Offbeat suggestion: this might actually be competitive in its class at local auto-slalom/autocross events, rather than the car that you dread holding up the passing lane below the speed limit on your local highway. 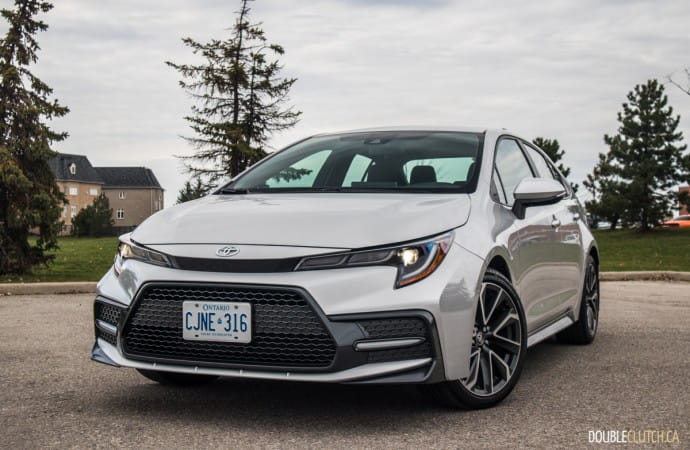 This year marks the first time since 2002 that I would strongly recommend the Corolla over its peers. Even if the manual transmission is taken out of the equation, the 2020 Toyota Corolla SE Upgrade injects immense value and genuinely strong driving dynamics into a segment where competitors are focusing on style. While it may still be fairly generic to look at, Toyota’s latest compact is sure to deliver on their unmatched reliability reputation while providing Canadians with a great commuter that we look forward to driving. 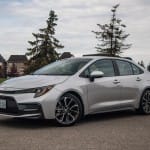 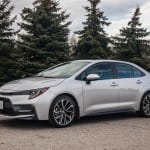 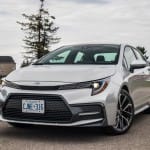 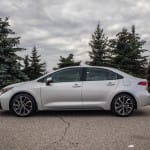 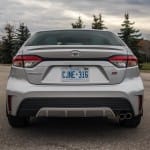 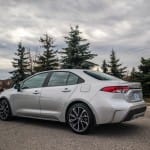 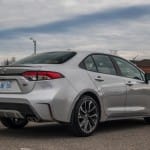 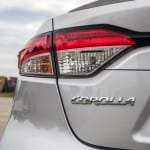 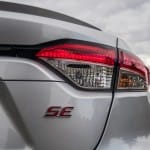 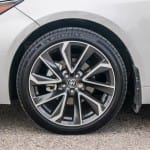 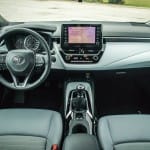 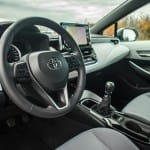 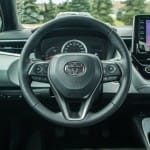 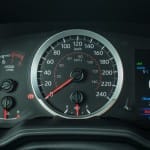 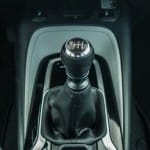 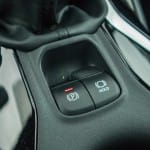 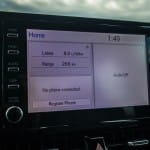 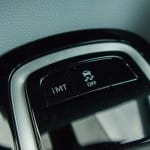 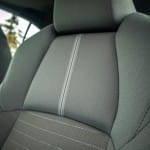 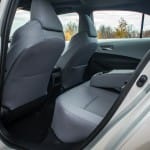 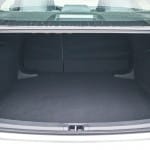