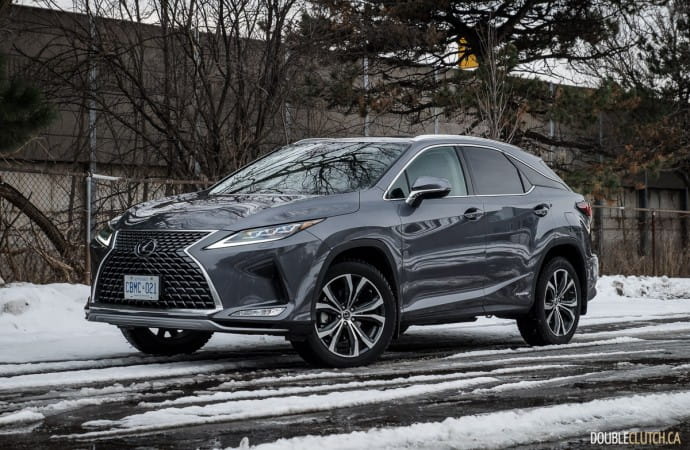 The RX 450h checks many of the boxes that luxury crossover buyers are looking for.

For over twenty years, Lexus has done extremely well for themselves with the RX luxury midsize crossover.  As one of the pioneers in this segment for the 1999 model year, its MO has always been premium features, extra comfort, and car-like driving manners in an overall package that isn’t too unwieldy in any sort of driving environment. To this day, the formula remains more or less the same, except with more modern technology. After getting refreshed this year inside and out, we took the keys to a 2020 Lexus RX 450h for a week of testing to see if the five year old design remains relevant. 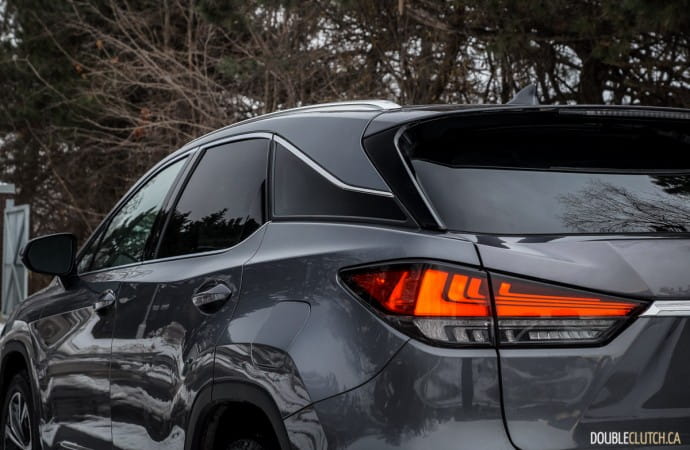 A base RX 450h opens the floor at $58,800, which is a $2,750 premium over the gasoline-only RX 350. For your money, there’s a heated leather-wrapped steering wheel with power tilt and telescoping adjustment, heated front and rear seats (with ventilation up front), a power moonroof, rain sensing wipers, and 18-inch alloy wheels. A few option packages are available that ups the ante, and Lexus Canada’s test car was equipped with the $7,900 Luxury package that brings the as-tested price to $66,700. This package includes navigation, premium LED headlamps and taillights, and auto-dimming rear view mirror, 20-inch alloy wheels, premium leather seating, and an upgraded 12.3-inch infotainment touch screen (up from eight inches).

All hybrid RX models are equipped with a 3.5-litre V6 engine that’s paired with two electric motor-generators. While the regular RX 350 (reviewed here) puts out 295 horsepower, the RX 450h’s hybrid setup boosts net horsepower to 308. When putting the pedal to the metal, the two systems come together to provide strong acceleration, and drivers won’t be left wanting for more power. The gas V6 is a smooth and refined engine for the most part, and lets out a confident exhaust note as it sweeps through the rev range. While the RX 350 uses an eight-speed automatic transmission, the RX 450h utilizes a continuously variable transmission (CVT). The CVT does ensure that the right gear ratio is always selected for the right condition, but does leave the V6 in a slightly more gruff part of its RPM range in city driving. 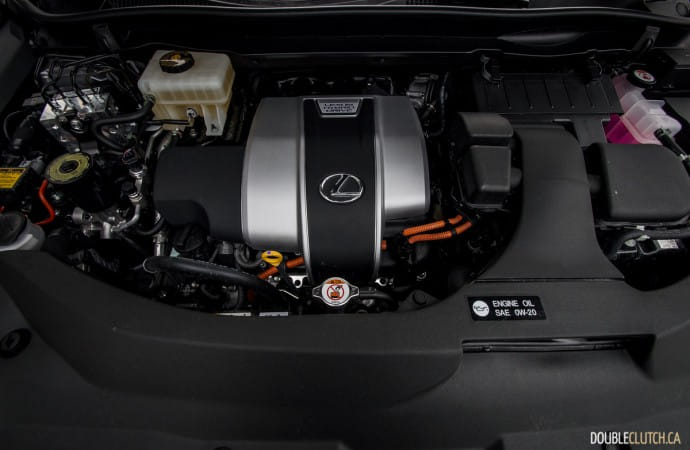 Unlike other Lexus and Toyota hybrids seen in smaller cars, the RX 450h can’t really get going on its own with just the electric motors, likely due to its 2,150 kilogram (4,740 pound) curb weight. The V6 gas engine has to kick in the vast majority of the time from a stop, although easing off on the throttle once moving can allow electric-only operation on level ground up to about 70 kilometres an hour.

It is important to note that hybrids like the RX 450h do not require plugging in at a charging station – all battery charging happens with normal braking (where the electric motors become generators and operate essentially in reverse to recover energy), or by using the gasoline engine as a generator itself. All charging happens seamlessly and drives will barely even notice what’s going on, aside from fuel savings. Rated fuel economy for the RX hybrid is 7.5L/100KM in the city, and 8.4L/100KM on the highway, which is notably better than the 12.2L/100KM city and 9.0L/100KM highway of the RX 350. Take capacity is 65 litres. 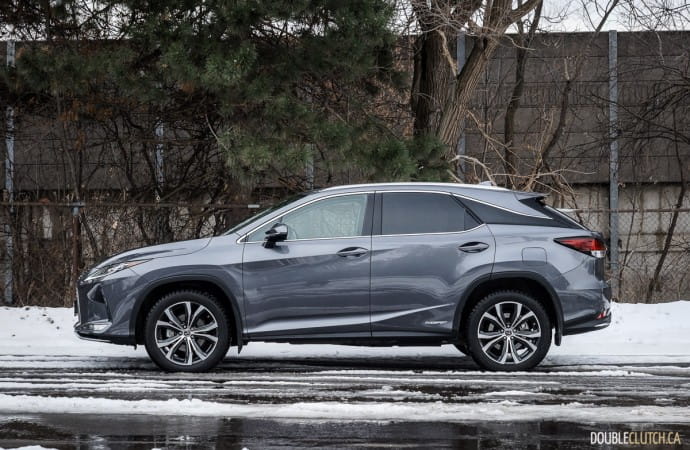 Unfortunately, some of the fuel savings is negated by the fact that the hybrid requires premium fuel, while the gasoline-only version is perfectly happy with regular. According to Natural Resources Canada, the average driver will save just over $500 a year, which means that the RX 450h cost delta will pay for itself after about five to six years. Fuel aside, hybrids do offer some secondary benefits that lower total cost of ownership – brake components will last longer (thanks to regenerative braking for battery charging), and there’s no belt drive system to take care of.

As for driving dynamics, the RX 450h with the base suspension configuration (F SPORT packages stiffen things up quite a bit) is a comfortable cruiser that swallows up hours upon hours of open road with absolute ease. Once the V6 engine settles down, highway cruising lets drivers and passengers appreciate the whisper-quiet cabin, with little to no wind noise and excellent road isolation. Even with the softer suspension calibration, handling isn’t too bad, and the RX is plenty agile enough to hide its crossover sport utility DNA. 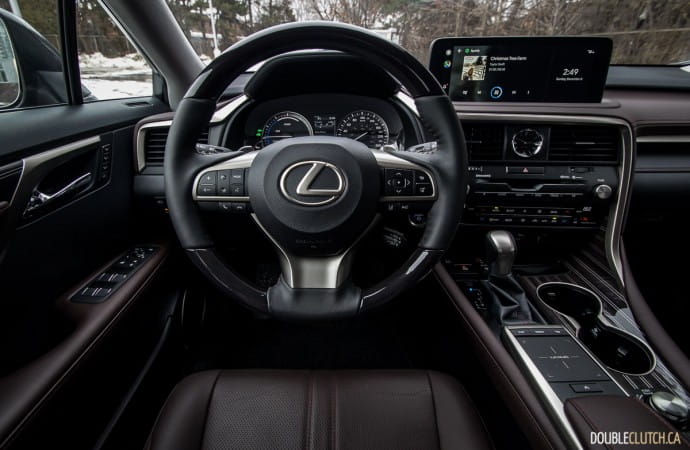 After taking the RX out to the northern part of Ontario’s Bruce Peninsula, it became quite apparent that the seats and interior cabin design were strong suits, too. Materials selection is excellent, and when combined with impeccable fit and finish, it makes for good premium feel that isn’t replicated on the lower cost Toyota Highlander. Cargo capacity with the RX 450h comes in at 694 litres (24.5 cubic feet) with the rear seats left up, and grows to 1,580 litres (55.8 cubic feet) when they’re folded. On the short wheelbase RX 450h, there’s comfortable seating for five, although six or seven can be accommodated in a longer wheelbase RX 450hL, keeping in mind that the third row on the L model is very tight.

Two of the major improvements for the RX’s 2020 model year come in the area of safety and infotainment. Where there used to be a clumsy mouse input and no touch screen for infotainment functions, there’s now Lexus’ new standard touch pad, and the central screen now accepts touch input. While the touch pad isn’t particularly any better than the old mouse, bypassing it altogether in favour of the touch screen is a perfectly fine way to get around the menus. As well, the addition of Android Auto and Apple CarPlay smartphone integration is light years ahead of the Lexus Enform package, and is better late than never. 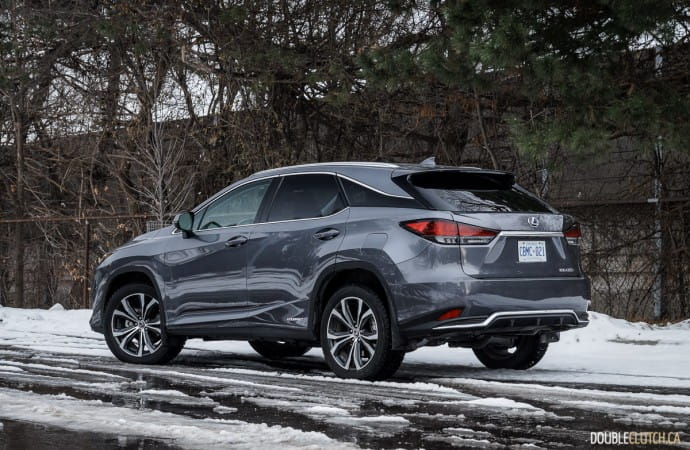 On the safety front, the Lexus Safety System+ 2.0 is the latest and greatest that Lexus offers. Updates for this year are whiplash injury reducing front seats, blind spot monitoring, and rear cross traffic alert with autonomous braking (on the Luxury package and up). In addition, there’s bicycle and pedestrian detection (including in low light), automatic high beams, adaptive cruise control, and lane keep assist.

With its changes arriving in showrooms for this year, the 2020 Lexus RX 450h hybrid checks many of the boxes that luxury crossover buyers are looking for. It’s quiet, comfortable, versatile, not too big, and priced quite competitively, especially against its statistically less reliable European midsize peers. Although it does need premium fuel as compared to the gasoline-only version, there are reasonably good fuel savings to be had with the gas-electric combination, and the Android Auto, Apple CarPlay, and touch screen infotainment improvements are a very welcome change. For the most part, all of the quirks that the RX has had since this current generation’s 2016 debut have been addressed, and it now moves close to the top of the class in all regards as opposed to most of them. 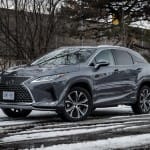 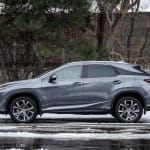 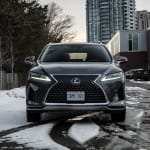 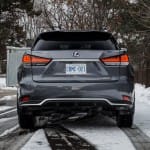 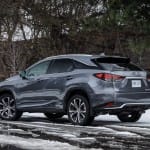 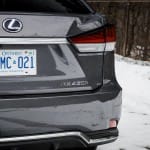 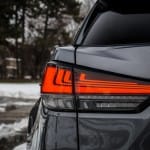 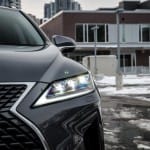 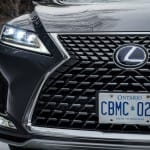 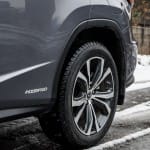 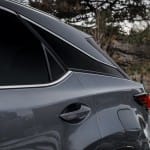 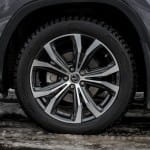 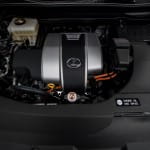 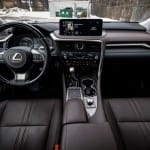 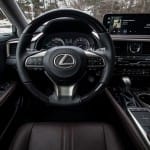 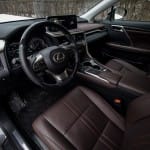 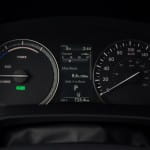 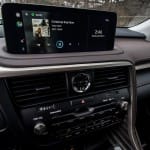 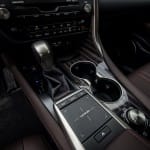 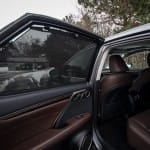 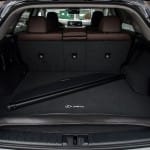 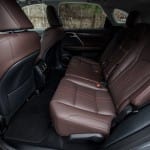 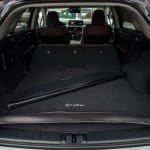